A former colleague of mine once told me a story of how, shortly arriving in Hong Kong from Britain, she was taken along a hike up Pat Sin Leng without realizing that the word pat in Cantonese means eight and the northernmost mountain range in Hong Kong not only is named after the Eight Immortals of Chinese mythology but, also, because it consists of eight peaks (at the minimum). Another friend told about how as she went on a hike up Pat Sin Leng, her pulse rate dramatically heightened in a way that approximated the sharp ascent up to the first of that mountain range's peak.

So that same friend must undoubtedly have felt relieved to find, when I invited her on a hike one misty, humid and nonetheless non-rainy day along the Pat Sin Leng Nature Trail, that said official trail actually doesn't rank all that high on the difficulty scale -- even while actually yielding quite scenic sights, particularly towards trail's end... ;b 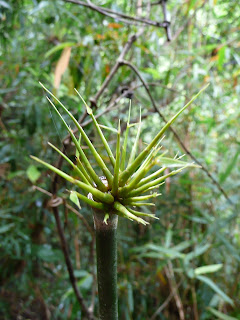 Before getting to the scenic sights,
here's first offering up a sign of spring
in the form of this budding plant 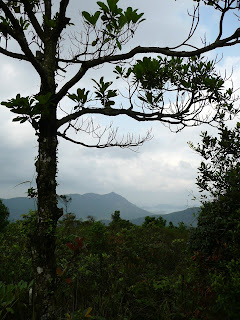 As the skies turned blue and clearer,
the vistas got deeper as we got to see
further and further into the distance 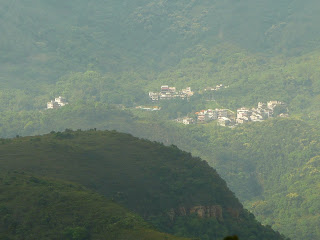 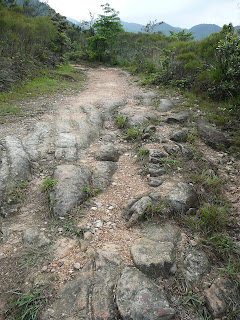 A view of the rugged -- but oh so
scenically rewarding -- trail 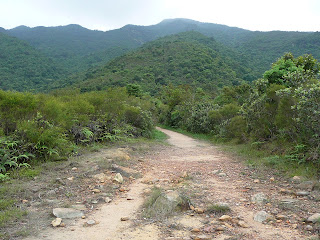 Looking back as we began our gradual
but sure descent downhill 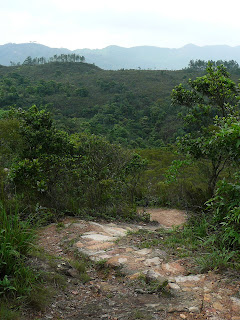 The view ahead close to the tail end of the hike 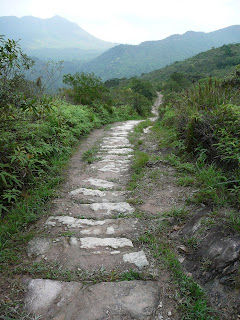 Yes, this trail really is situated in Hong Kong --
inside of Pat Sin Leng Country Park, to be precise 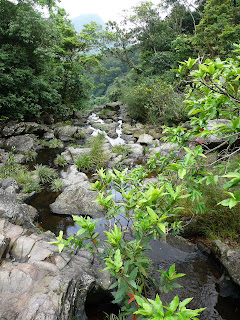 The kind of sight I love coming across -- and
taking in -- when out hiking here in the Big Lychee :)

And some of the rugged trail photos look like the roads here in Vermont after our "rugged" winter which is still going strong.

Yes, spring *will* come to your part of the world too... eventually! ;b

And yikes re the suggestion that the rugged trails in my photo looks like your roads! Do please be careful when out driving!! :O