A senior journalist deemed suspicious and worthy of arrest, and speech therapists found guilty of sedition on yet another dark day (for justice) in Hong Kong 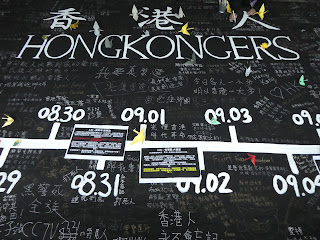 Do you every feel like tossing in towel.
Coffee is on and stay safe