Light rain fell for a couple of hours when I was at Museum Meiji-Mura and the sky was cloudy and gray for much of the time I was there at the open air museum dedicated to preserving and exhibiting Meiji era architecture on the edge of the central Japanese castle town of Inuyama.  Maybe the weather was what kept the crowds away the week day I was there but it didn't affect my ability to appreciate what must be one of the largest open air museums in the world -- whose size and scope I ended up underestimating.

My usually trusty Frommer's Japan guidebook had said to budget to spend at least three hours at Museum Meiji-Mura. I was there for 4 hours -- and would have happily continued wandering about and exploring the 100 hectare (250 acre) site for another couple of hours if closing time hadn't come along so quickly!  Looking back, the problem was that the journey there from Nagoya had taken longer than expected: half an hour by train to Inuyama, followed by a half hour bus ride to the open air museum itself (and that didn't include the time spent waiting for the bus to arrive after arriving in Inuyama).  Ah well, I guess I just have to add this museum to my list of places in Japan I need to return to again some time... 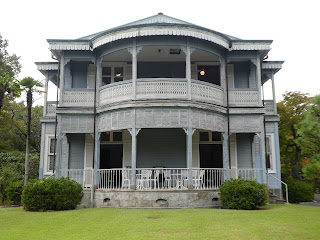 Not how I imagined the reception hall of
a Japanese marquis' residence would look like! 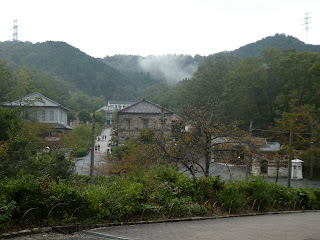 Just a small section of by far the largest open air museum
I've ever been to anywhere in the world! 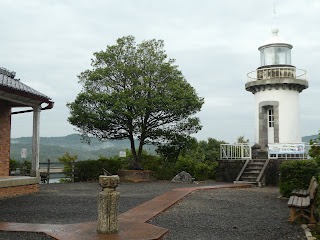 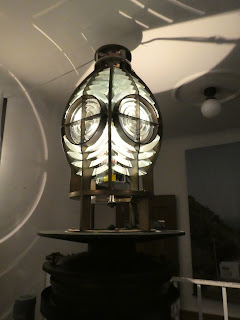 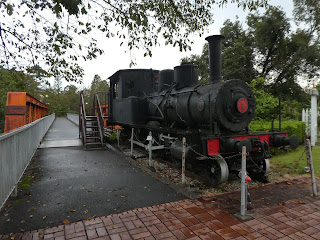 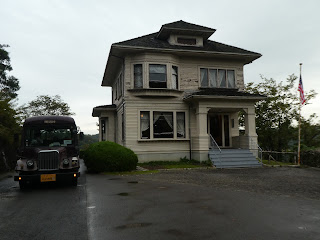 This building served as the premises of a Japanese
Evangelical Church in Seattle, Washington, USA! 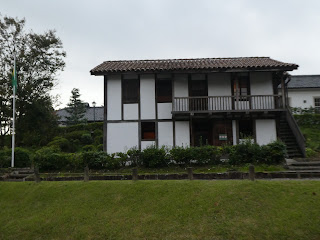 It may not be much to look at but I consider it a major marvel
that this house which used to stand in Registro, Brazil, now
is to be found in a corner of central Japan! 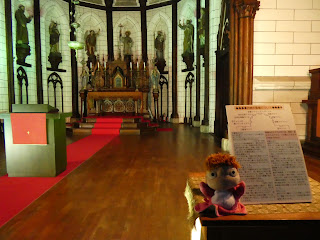 The St. Francis Xavier Cathedral which originally stood in
Kyoto was the first Christian building that Puppet Ponyo
posed in since she and I were in Spain earlier this year! ;b
Posted by YTSL at 9:06 PM

Nice article! I've always been curious about Meiji Mura and thought of combining it with a visit to the castle. Looks like a romantic place to visit with lots of photo spots.

I was hoping to combine a visit to the Museum Meiji-Mura with one to Inuyama Castle -- but the former is one of those attractions that could easily take up a whole day... especially for those of us who enjoy photo-taking! And yes, I could see it being a romantic place for those of a romantic disposition... ;)

I enjoyed this blog from your favorite travel destination. Between this entry and your previous Spain entries, there is certainly a lot of Christian-based imagery...I hope you and your faithful travel partner, Puppet Ponyo, managed to absorb some manifestation of Shinto on this latest trip (although, I guess one could assert that anywhere you are in Japan near to nature, would be alive with nature spirits, even if you are not at a Shinto shrine).

Well, anyway, I do hope you treated Puppet Ponyo to at least a whiff of a local beer.

I read some additional online information about the Meiji-Mura since I was totally unfamiliar with it. It does indeed look like the kind of place where one could linger, especially the old main lobby of the Imperial Hotel...I can understand why Japan is such a hot destination for tourists because there is so much to see there, especially this gem of an open air architectural museum.

Puppet Ponyo certainly did visit Shinto shrines (along with Christian places of worship) on this recent Japan trip. I kept her away from the local beer this time around though -- though she did get whiffs of Japanese curry rice!

And yes, the Museum Meiji-Mura's quite the museological gem. I have to admit to wanting to kick myself for not seeing the old main lobby of the Imperial Hotel as it was further away from the main entrance of the museum than I managed to get to! ;(