A Pat Sin Leng Country Park hike that passed through many villages, some of them abandoned (Photo-essay)

One day, I'll conquer  Pat Sin Leng (Eight Immortals Ridge).  To date, however, I've mainly contented myself with gazing at the formidable northeastern Hong Kong mountain range from such as Tai Mei Tuk -- though it's also true that I've also spend time hiking in Pat Sin Leng Country Park and even been up to Hsien Ku Fung, the 514-meter-high mountain that's the furthest east of Pat Sin Leng's eight peaks.

One cloudy winter's day, I went with a multi-national group of friends (including people from the US, Japan, UK, Taiwan, Germany and Hong Kong) along a hike that began at the Tai Wan (large bay) located in Nam Chung and concluded at Tai Mei Tuk.  Along the way, we stopped at both the Sir Edward Youde Memorial Pavilion and the Spring Breeze Pavilion -- and noticed that there were flowers left at the latter in memory of the victims of the 1996 Pat Sin Leng wildfire.

Rather than take photos of them, however, I opted to train my camera on other sights -- including those that can be seen in the following photo-essay, and help me to remember a lovely hiking day:- 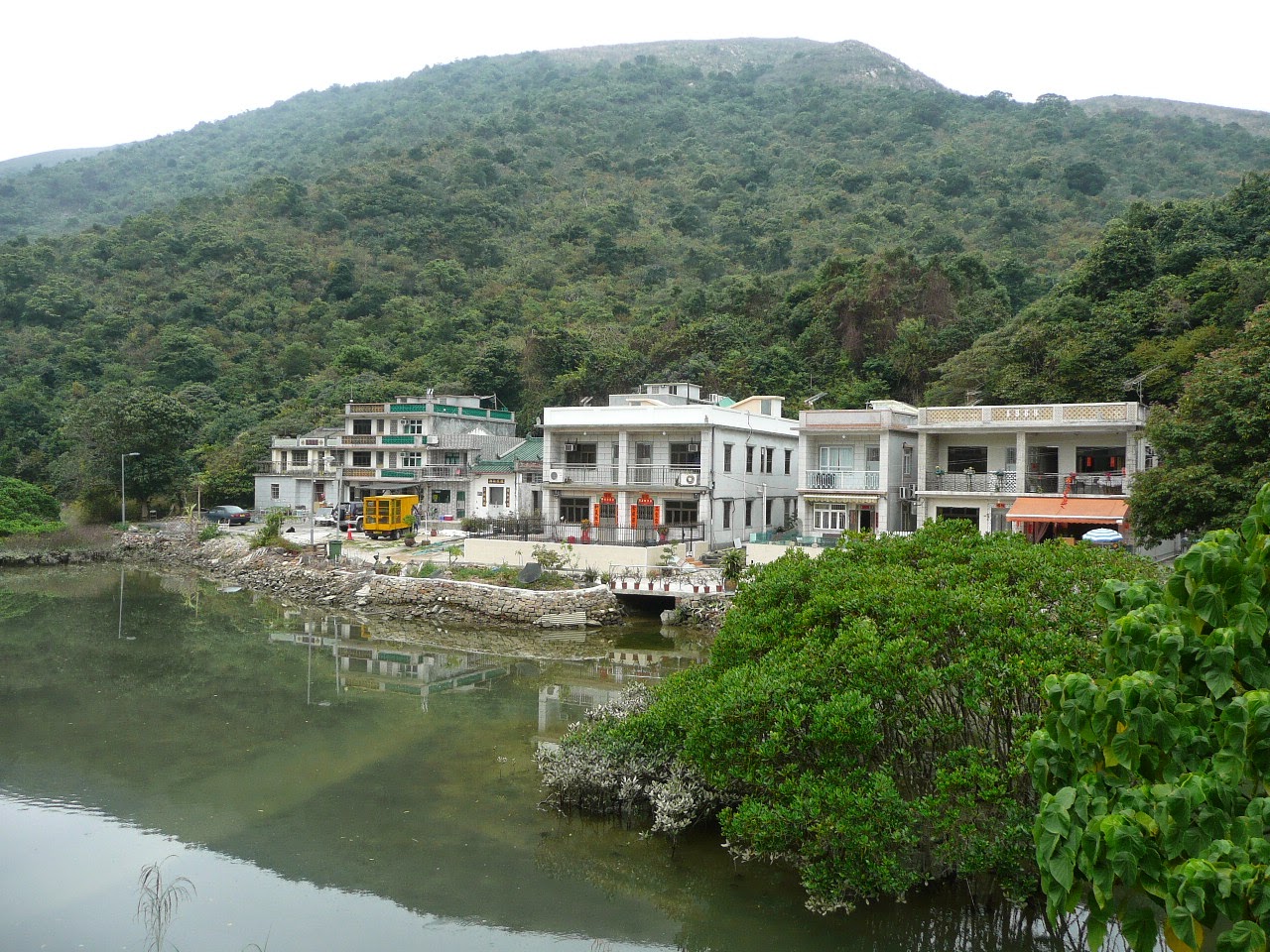 The village of Nam Chung Yeung Uk is located in one of the more
scenic parts of Hong Kong that I've passed through over the years :) 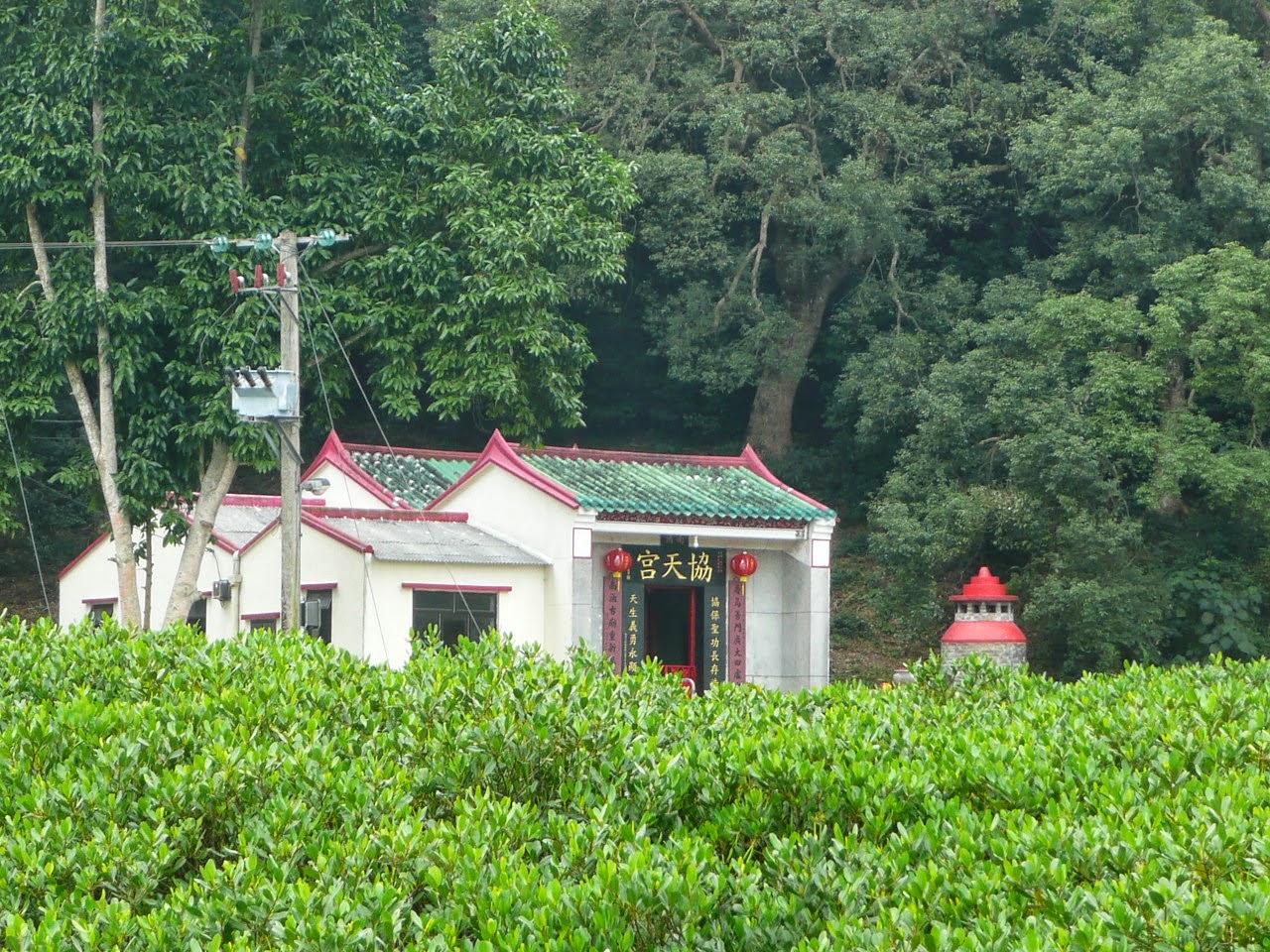 Interestingly, the village's temple is located closer to
Nam Chung Cheng Uk than the village of the Yeungs! 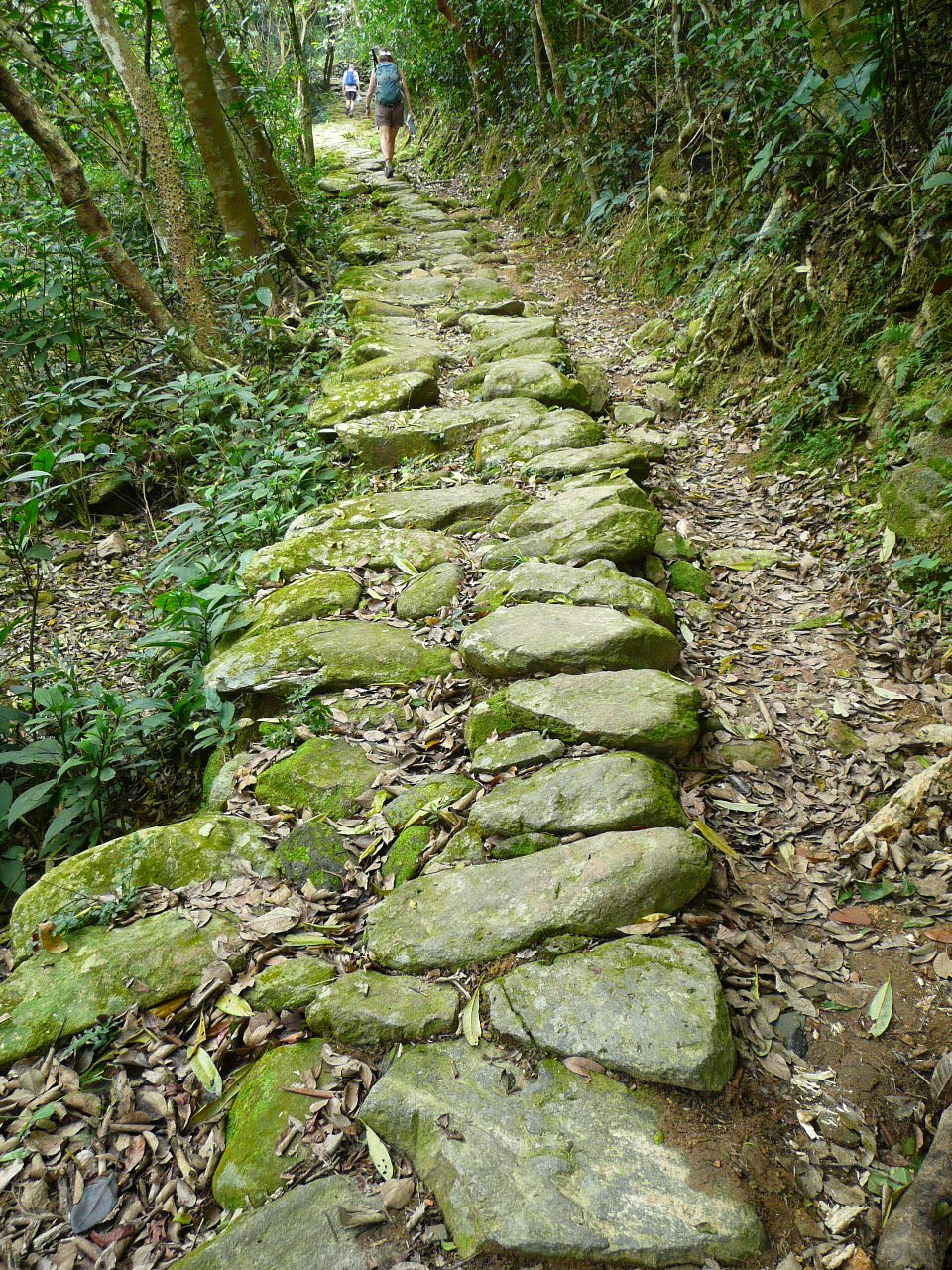 The route our group opted to take that day had us going
along a old stone village path for part of the way :) 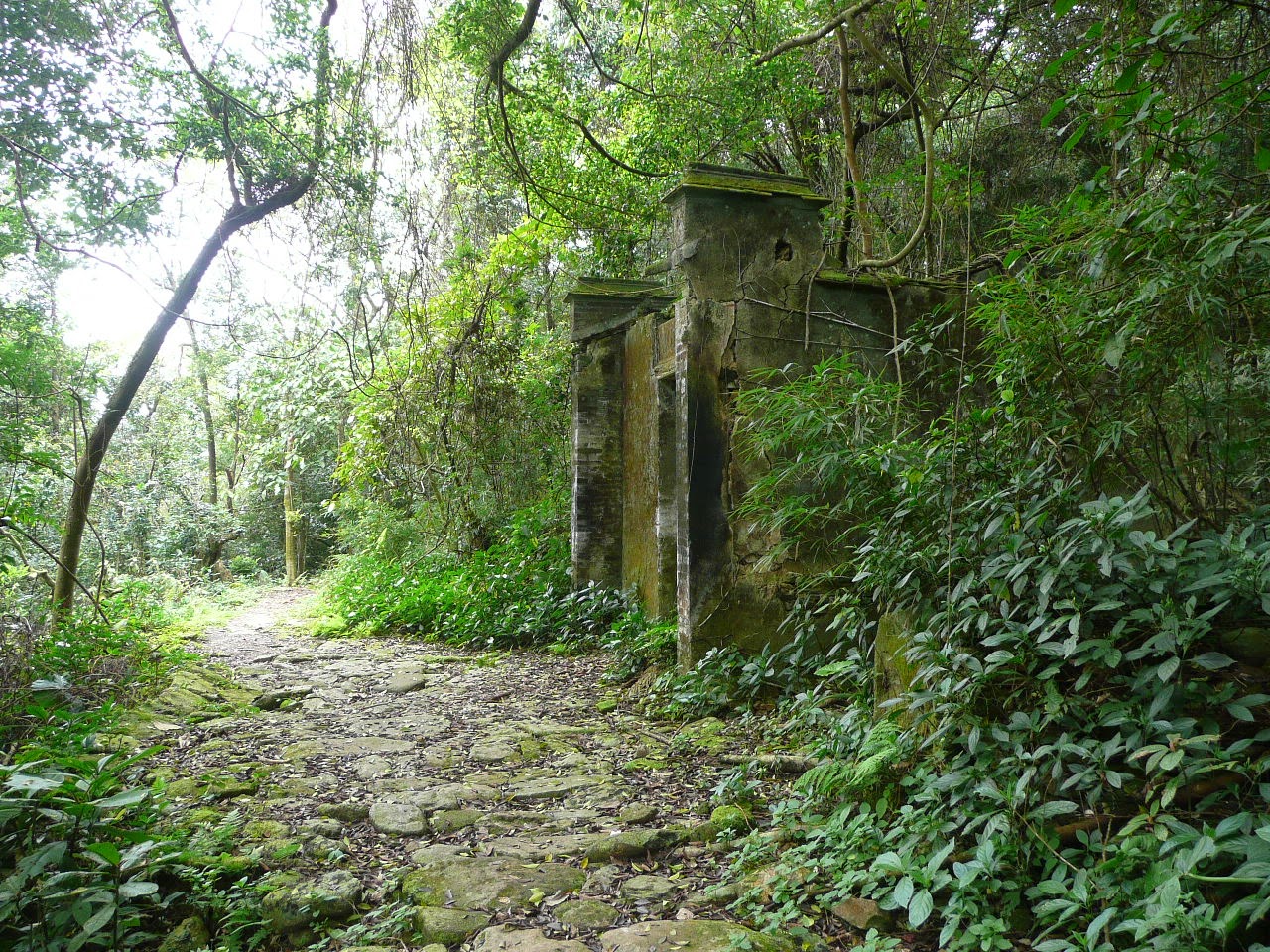 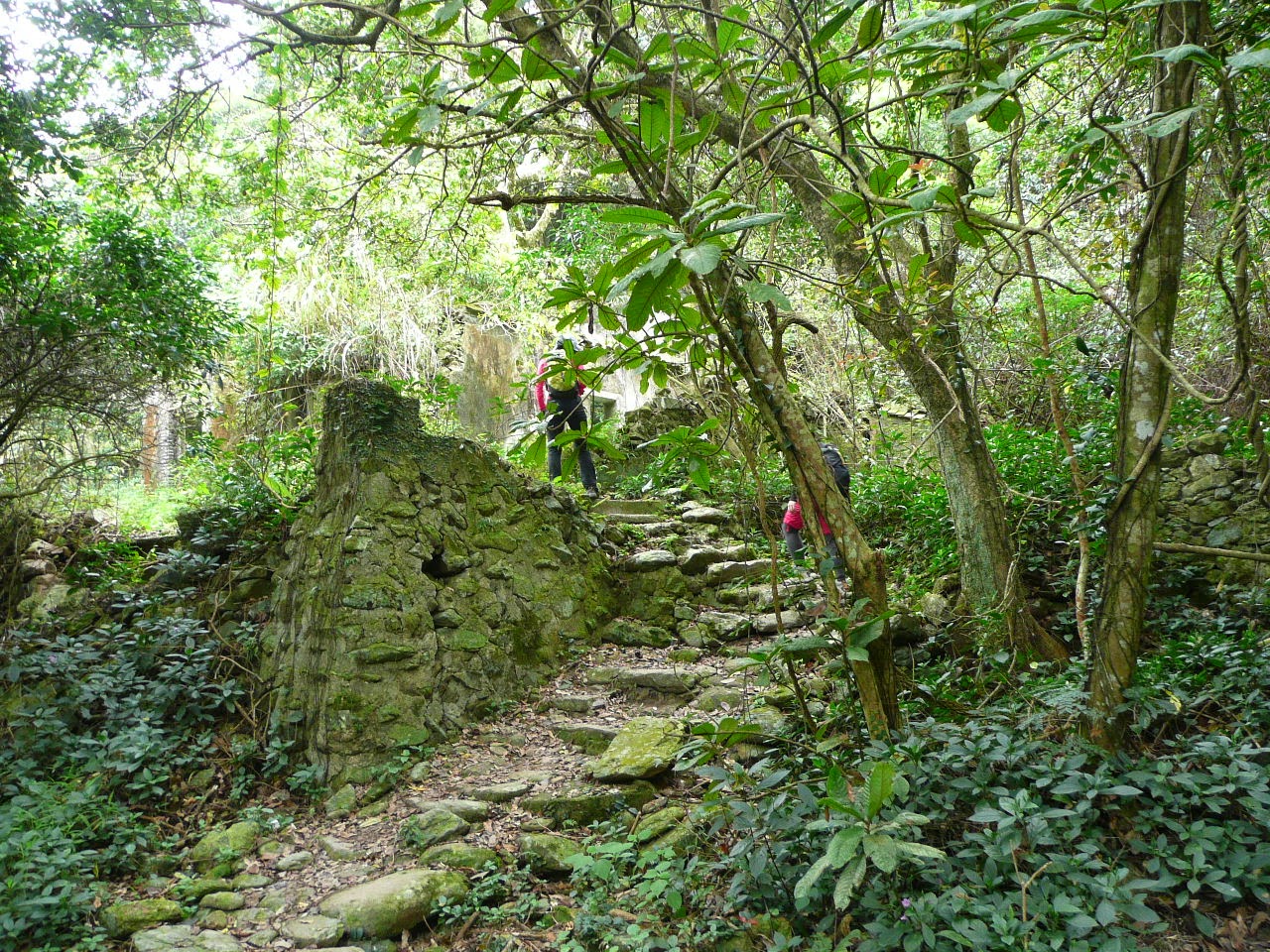 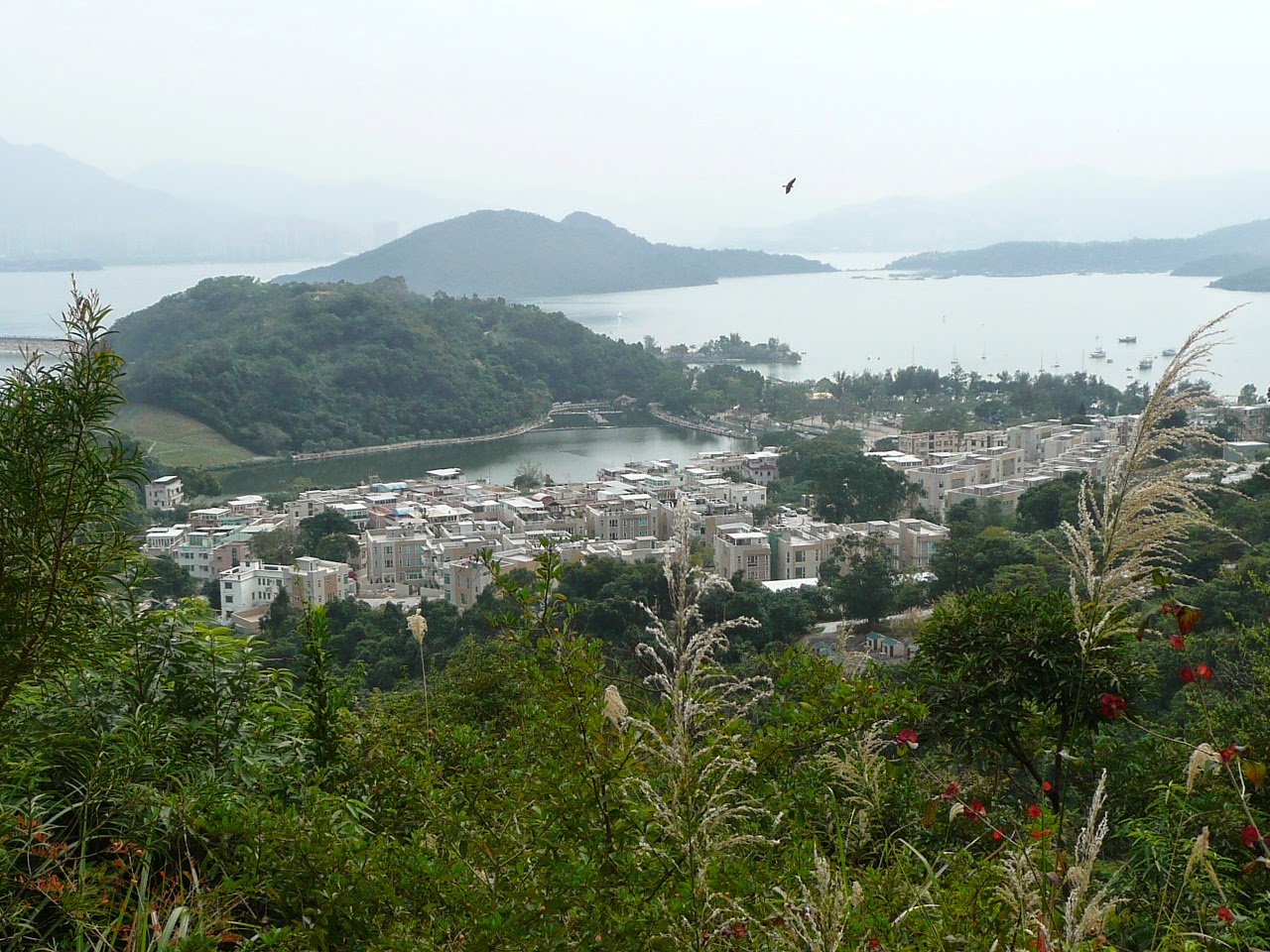 These days, the largest settlements in the area are to be found
-- like Tai Mei Tuk -- on the edge of Plover Cove 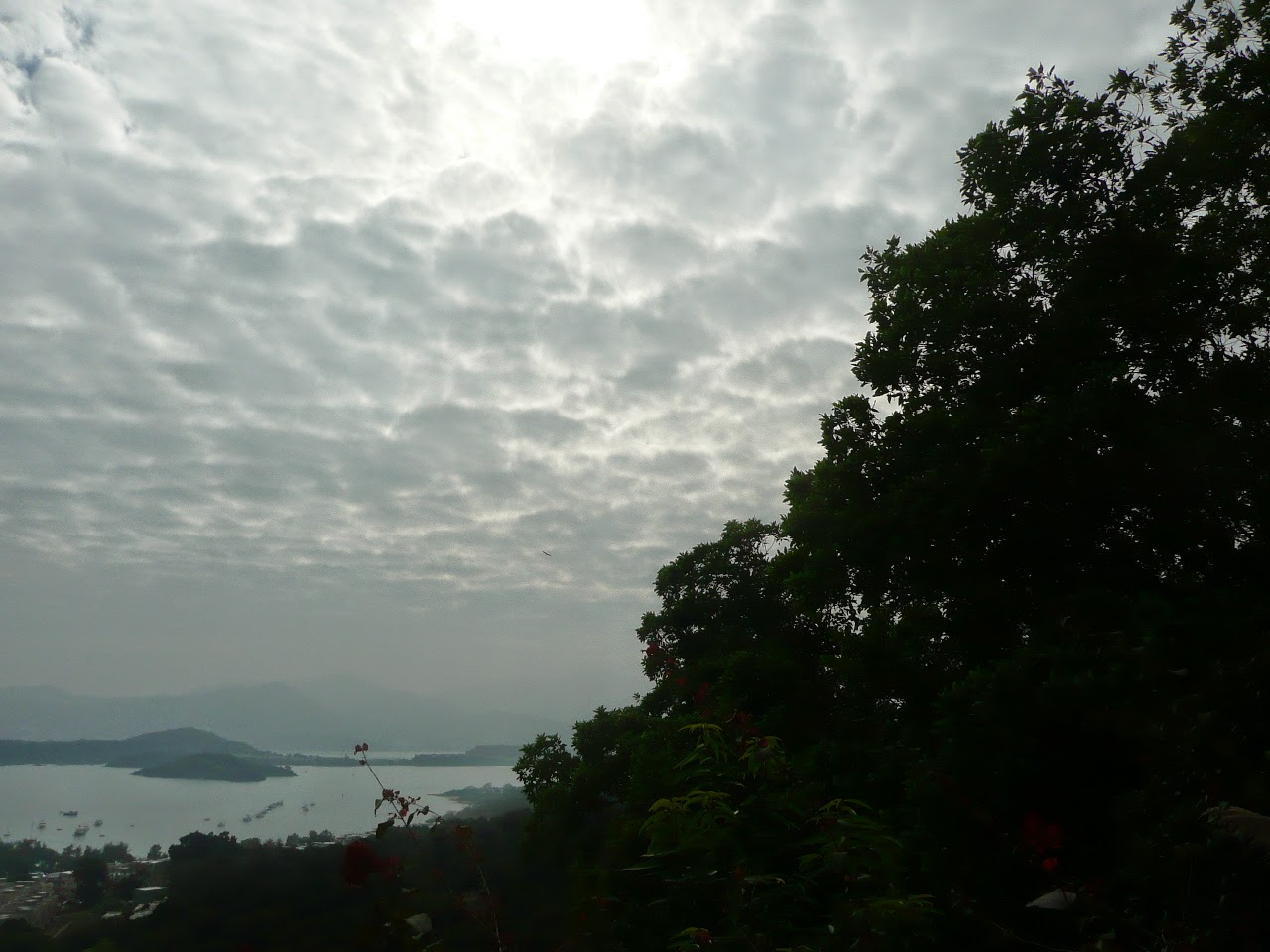 Before heading downhill to Tai Mei Tuk, we paused to admire
the beautiful cloudy sky that the sun was trying to be a bigger part of ;b

*And for those who are wondering: yes, the 2015 Hong Kong International Film Festival began this past Monday and I do intend to write about what I see there -- but will only do so after viewing more of the fest's offerings first! ;b
Posted by YTSL at 10:10 PM

It's hard for me not to leave a comment here because the photos and text of this hike are so interesting. For me, the ruins of these abandoned villages are haunting sights on the trail - yet they are not that far from bustling Hong Kong!

As usual, you provide links to your past hikes. Your "Day Out in Tei Mei Tuk" (2009), especially the photos of "Pat Sin Leng from the Dam" and "View across Tolo Harbour of Ma On Shan" depict what looks to be a classic walk between mountains and water...Your "Pat Sin Leng Nature Trail With a Detour up to Hsien Ku Fung" (2013) looks like a great introduction to the Eight Peaks of Immortality (Eight Immortals Ridge).

Please don't fight the urge to comment on my blog. I enjoy getting them! :)

And thanks also for making use of the links I embed into my blog posts. To this day, it seems that there are readers who don't realize that they exist. ;)

The abandoned villages are indeed not that far way from civilization -- but considering the hike that is needed to get to them, I also can see why its residents eventually opted for convenience and moved elsewhere.

Seeing them, one realizes how difficult a life people led in the past -- and how tough and hardy people in the past were compared to us nambypamby contemporary folks. ;b

Photos 2-5 are some of my favorites from your hike posts. And of course, Puppet Ponyo, in case you're reading this, any photo with you in it is wonderful by definition.

Checking, in view of your Puppet Ponyo shoutout -- you did mean to comment about the Pat Sin Leng Country Park hike rather than the Hong Kong Island hike that Puppet Ponyo went on, right? ;b