So good it's worth hiking on at least twice! (Photo-essay)

Considering that there still are plenty of hiking trails in Hong Kong that I've yet to go on, it might strike some people as a bit weird that I've already chosen to revisit a number of the ones I've been on. In some cases though, I have the ready explanation that I figured that a certain hiking trail's scenery will look quite a bit different at different times of the year. Then there are the hiking trails that I just know would yield greater vistas if the air was less polluted than the first time I went on them.

But as far as the Tai Tan Country Trail is concerned, it's purely and simply because I consider it such a nice trail to go along that I have been happy enough to revisit it with friends who had yet to go on it. How nice can be measured by my first hike having yielded enough pictures for three photo-essays (see here, here and here) -- and I hope that the following photo-essay from the second time around that I went on this Sai Kung West Country Park trail will also make a case for it being worth checking out more than once:- 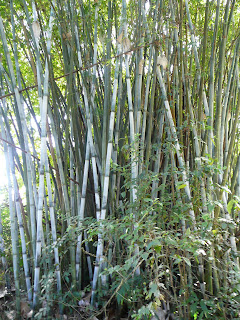 A few minutes after starting the hike just off
from Pak Tam Road, one comes across
a small but thick bamboo grove 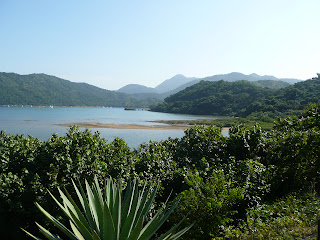 A short time later, the visual field opens up --
and yields scenic views like this one 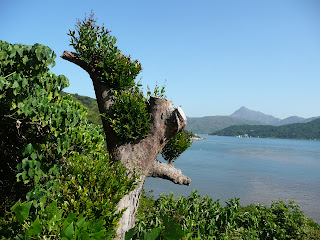 One days like this, I feel especially certain that
my favorite colors in the world are blue and green 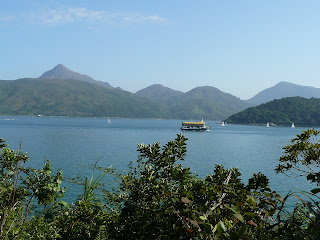 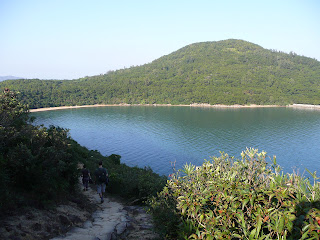 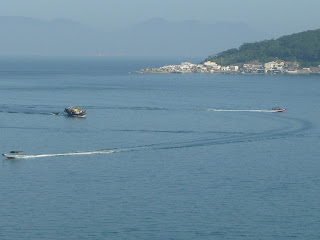 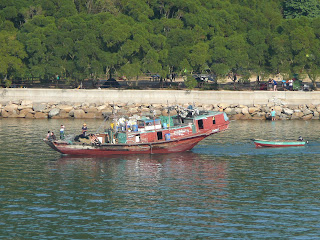 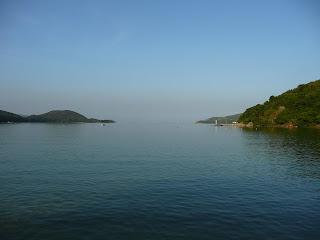 Hoi Ha Wan is the second harbor those who hike the
Tai Tan Country Trail get a glimpse of -- and it's near its shores
(and conveniently near a green mini bus terminus!)
that the hike -- and this photo-essay -- comes to an end :)

very itchy at the bamboo grove, my ancestors in China and then in Borneo grew bamboo. I love eating bamboo, but the "roots" stops here, the husband and kids don't like them.

What great photos of gorgeous views. Love the patterns made by the wakes of the boats.

Love this! I agree - great colors!

Am glad you like the photos. Maybe when you next visit Hong Kong, we could go on this hiking trail together...? :)

Am glad this photo-essay is to your liking. :)