As I walked about the streets of Hong Kong earlier this evening, I found it uncommonly windy -- no doubt due to Typhoon Megi's heading over in this direction. And although it hasn't turned rainy still and no typhoon signals have yet to be raised, it seems only a matter of time before the deluge.

So, as I work on this follow-up to last week's Tai Tan Country Trail photo-essay during what pretty much amounts to a relative calm before the storm, I'm thinking that there'll be no hiking for me this weekend. Instead, the closest I probably will be getting to the Hong Kong countryside for a while is by way of looking at photos in my archive like the following... :S 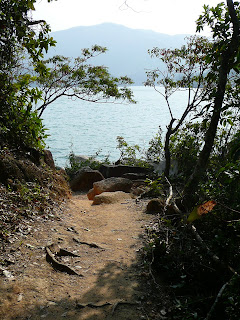 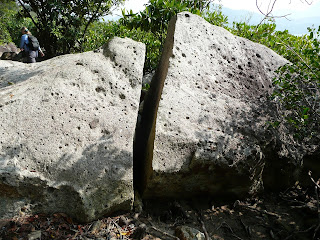 At the same time, there was visible evidence
along the trail of the power of nature 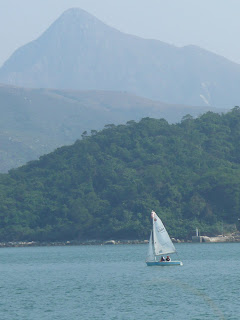 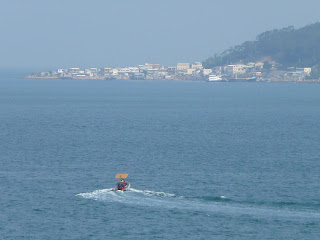 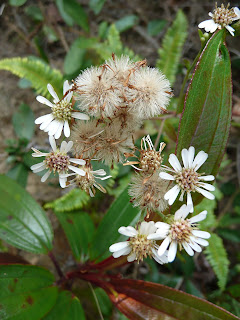 While out hiking, I make it a point to look near
as well as far in my search for beauty 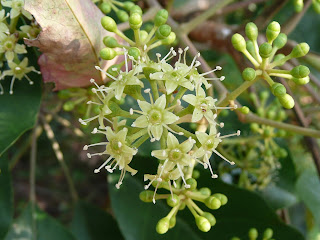 It'd be icing on the proverbial cake to be able to identify
flowers like these but I must admit to often being happy
enough to be able to spot and photograph them... ;S 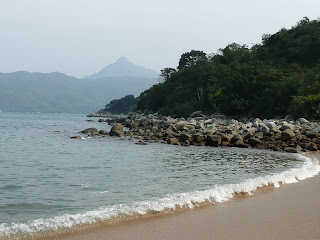 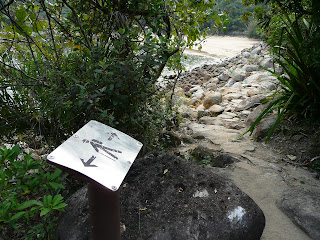 This hiking trail actually came so close to the water's edge
at times that one had to look around for signs
like this one to know where to go next!
To be continued soon with a third and final photo-essay to complete the series!
Posted by YTSL at 11:14 PM

That rock looks like it was sliced by some swords(wo)man's magic blade! ;)

The small white caps on the water in the next to last photo make the water look so inviting to wade in.....after one rolls up one's pant legs of course.

I enjoy wading in the water. Re pant legs: don't need to roll up mine as my pant length of choice (unless it gets really cold -- by Hong Kong standards ;b) -- are ones that are just below the knee. :b