Out and about in Movie Mecca (Photo-essay)

Merdeka! That Bahasa Malaysia word for "freedom" (as well as "independence") was what came to my mind at around 5:30pm yesterday, when my work on the upcoming issue of the magazine (which will have an April 1 cover date but actually street on March 27) finally was done and I found myself free to not have to work until next Tuesday. (For the record, Good Friday and Easter Sunday are among Hong Kong's designated public holidays!)

Ironically enough, the first thing I did in my designated free time was to actually go and represent the magazine at an official event. But since the Official Reception for Epic Times, Simple Times: The World of Zhu Shilin -- for which the director's son, Chu Yan, and daughter, Chu Fung, were among the honoured guests -- and the screening of Zhu Shilin's enthralling classic, Sorrows of the Forbidden City (1948), were events I really felt privileged to have been invited to, it was my pleasure as well as business to be in attendance at them. 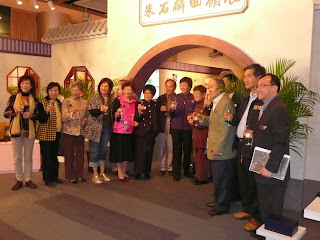 Honoured guests at the Opening Reception of
Epic Times, Simple Stories: The World of Zhu Shilin

Both these events were held at the Hong Kong Film Archive. In particular, the Opening Reception was held in that invaluable facility's Exhibition Hall. Normally a place where photography -- sa well at eating, mobile phone use, etc. -- is not allowed, that evening was one where the usual rules were relaxed... and of course, I was happy to take advantage of this! 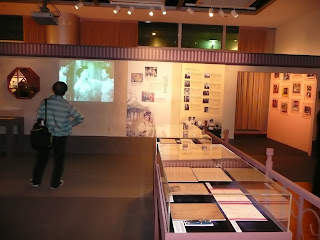 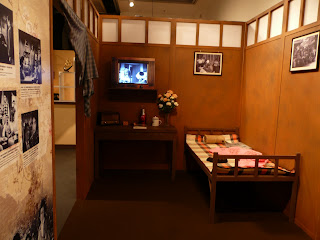 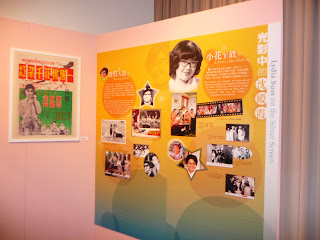 
Earlier today saw me out and about in other parts of Movie Mecca. First, I caught a Hong Kong International Film Festival screening of Yosuke Fujita's very enjoyable -- and highly recommended -- Fine, Totally Fine (2008). Then, rather than go ape crazy with screenings, I actually opted to spend the greater portion of today taking a visiting friend out to Shek O where we hung out, talked, took in some fresh air and checked out some places that appear in Hong Kong movies, including Stephen Chow's King of Comedy (1999). 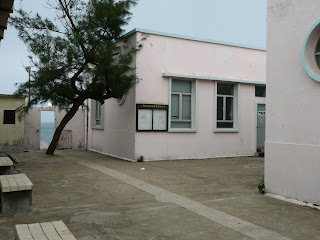 Especially for Sing Jai fans (but also viewers
of at least one non-Stephen Chow movie) --
This place look familiar to you? :b

So which one are you in that group picture?

I recognize that Shek-O location from King of Comedy but feel like I am drawing a blank as to the second film -- A-Side, B-Side Seaside perhaps?

The HK Film Archives does such a good job with their exhibitions. Always a treat to see them.

AZN used to run a sit-com, I think from Singapore, in English with Lydia Shum which was always funny.

What, you didn't take your Brooklyn friend on a hike through the hills and mountains of Hong Kong???

I wasn't an Honoured Guest, I was/am Press. Therefore, I'm behind the camera rather than in that group picture... ;D

Shek O has appeared in a lot of movies. Re that particular location (at least, that entrance/exit): It appears again in a 2008 movie that will be making its world premiere at the HKIFF. :b

Thanks for the enthusiastic response. Was wondering whether people would only want celebrity shots -- which I can't promise to keep on delivering. (Plain movie/HKIFF related thangs OTOH...)

And no, my Brooklyn friend has had enough of hiking after his ordeal in Malaysia's Taman Negara a couple of years back. :DDDDDDDDD