Amidst all the hype about Cape Town's still pretty new -- seeing as it only officially opened its doors to the public on September 22nd, 2017 -- Zeitz Museum of Contemporary African Art (sometimes seemingly much more about the building in which it's housed more than anything else), it's worth remembering that there's lots of art to be found elsewhere within South Africa's "Mother City" and its surroundings.

Chief among them for me is the South African National Gallery located in the same row of government buildings as De Tuynhuys (which is the office of the South African President) and the country's Houses of Parliament, and whose admission charges I reckon to be a major bargain (especially in comparison to those for Zeitz MOCAA and also when considering the quality of the artwork on show there).  But I also came across cool art works in seemingly unlikely places including in the main buildings of wine estates that I was brought to and also the Pan African Market whose three floors were filled to the brim with all manner of contemporary paintings along with traditional artefacts and handicrafts... 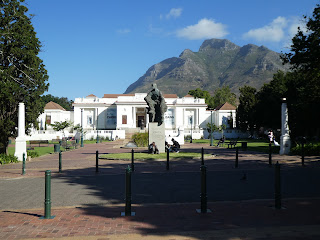 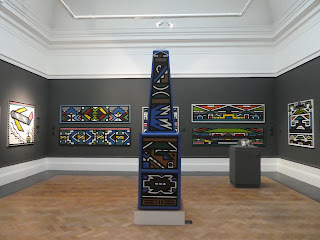 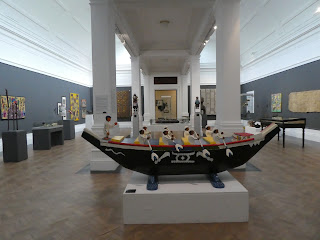 As at Zeitz MOCAA, the art on display at the South African
National Gallery comes from all over the African continent 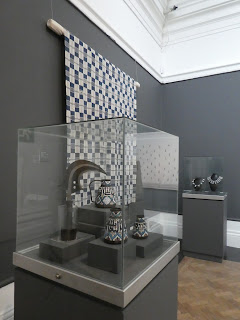 When exhibited in an anthropology museum, one will focus
on these objects' cultural import but when you see them in
an art gallery, your focus is on appreciating their beauty 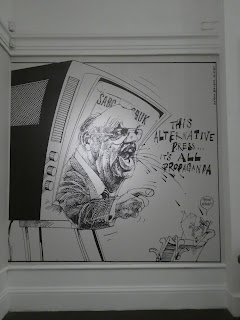 Of course, this is not to say that art (such as this political
cartoon by Derek Bauer that's part of an ongoing exhibition
at the South African National Gallery) can't also communicate 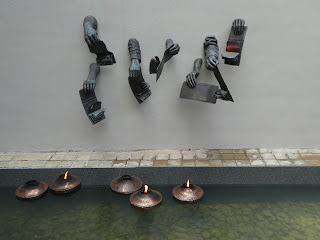 And wow, is this art installation involving pass books and fire
at the Delaire Graff (wine) Estate ever so powerfully evocative! 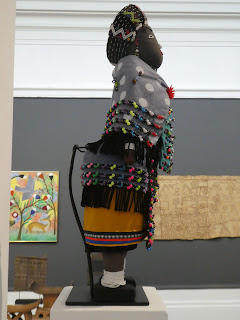 Returning to the South African National Gallery:
I love this Mdolly's name/title as well as the object itself 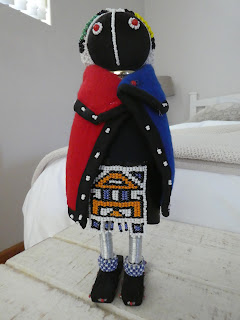 On the subject of dollies: meet Ndbele Dolly, who I saw at
the Pan African Museum and decided to take home! ;b
Posted by YTSL at 11:22 PM