One gray day some time ago, two friends and I went on a Shing Mun Valley hike that took us around the main Shing Mun Reservoir.  Since the route is circular and also pretty obvious, in that one's going along the banks of the reservoir, quite a few people decided to go on it without carrying a map with them -- only to realize that they had no idea of how far they had gone and had left to go, and end up doing such as asking passersby who actually had bothered to carry maps with them (like yours truly) for directions and, in the case of one couple who looked so pathetic and exhausted, being given water and food by charitable souls (like one of my hiking buddies)!

In all honesty, it often amazes me how many people go hiking in Hong Kong without maps and sufficient water, and sometimes also without proper shoes on.  It's like they think that hiking in the Big Lychee's country parks are the same as going for a stroll in the territory's urban parks!  But not only are Hong Kong's country parks home to wild animals (some of them scarily ferocious) but there's no phone reception in significant swathes of them -- including, as I found out on this particular hike, along some of the sections of this 9.5-kilometer-long trail, including those where the paths are paved... 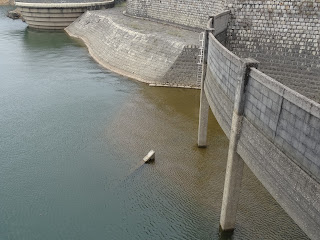 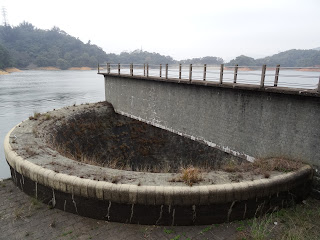 At the same time, it looked like it had been a long while
since there had been any run off from it 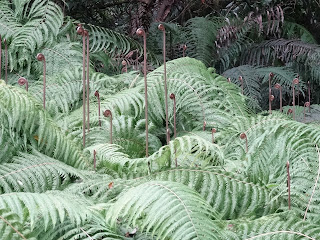 Fern fronds aplenty, and looking distinctly alien to my mind! ;) 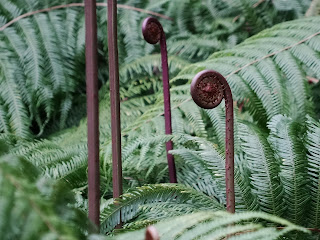 So cool that I reckon they deserve a close-up shot :b 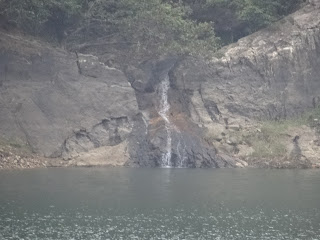 A number of streams flow into the reservoir 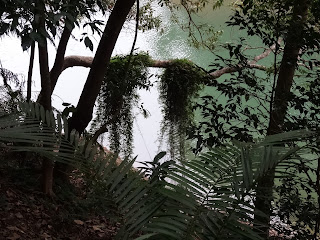 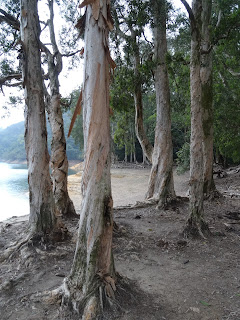 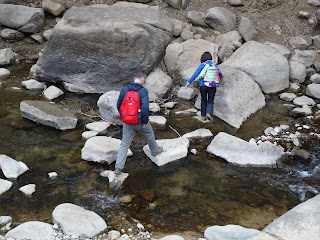 Not content with following designated trails, some hikers opt to
try out riskier routes -- and, in the process, meet with accidents :S
Posted by YTSL at 10:50 PM

I enjoyed your photo essay. We have many ferns here. I am partial to them as they are different from most of our greenery. In your 4th photo I see the curled up fronds sticking up which are considered a culinary delicacy here in Vermont. Are they in Hong Kong? Here they are called fiddle heads and are cut just below where they are rolled up. People boil them in water for 10 minutes then sauteed them in olive oil with salt and peppe. They are considered a tasty spring vegetable and not that common. People say they taste like asparagus or spinach but I find them bitter and not to my liking.

Thanks for the interesting info re the fiddle heads! I wasn't aware that they're edible, let alone considered a culinary delicacy. I imagine they aren't considered so in Hong Kong -- otherwise, they surely wouldn't continue to exist in such profusion here! ;)