More often than not these days, the highlights of a hike I've gone on have been some cool critter spotting(s) rather than a major view bonanza.  This isn't necessarily because the part of Hong Kong where I was tramping about wasn't all that scenic.  Rather, I think that the more I hike, the more I've able I've become to spot interesting critters that I previously would have walked right by without noticing.

In so doing, I've become more and more aware, and appreciative, of the ecological diversity to be found in Hong Kong.  Among other things, I do find it pretty incredible that there are around 240 species of butterflies, 123 different dragonfly species, more than 530 species of birds, and 57 terrestrial mammal species in a part of the world which must of the rest of the world primarily thinks of as a concrete jungle!

Even when visitors come over to Hong Kong, they often tend to confine themselves to those sections of the Big Lychee which most resemble a skyscraper city.  If only they'd venture up into the northern New Territories, where such as the Pat Sin Leng Nature Trail are to be found, to get a taste of the natural beauty that exists in Hong Kong.  Still, their loss is my gain; as this way, these hiking trails remain paths less travelled, and often pretty tranquil as a result. ;b 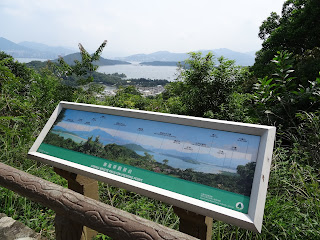 It's hard to complain when the day's visibility level looks to be
about the same as when they took the view compass picture ;) 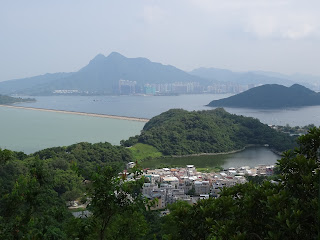 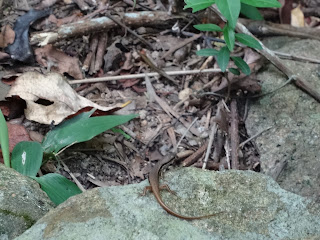 It's amazing to think that it wasn't until after I began hiking in
Hong Kong that I knew that there was such a thing as a skink! :O 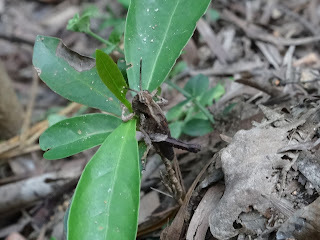 A grasshopper looking like it's clinging on for dear life! 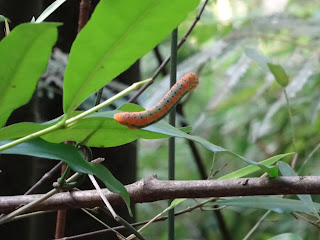 A colorful caterpillar that I'm sure will turn into
a colorful -- and beautiful -- butterfly :) 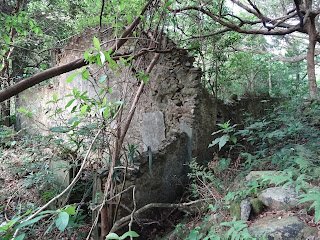 Abandoned villages abound (along with
critter spottings) on this particular hike 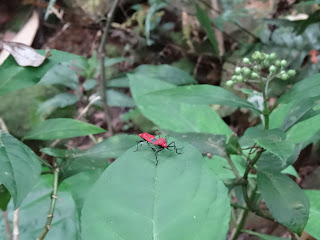 On days like this, I get to wondering whether stink bugs
are particularly randy creatures... ;) 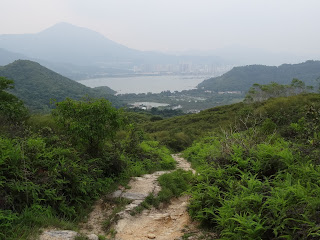 It was hazier near hike's end at Luk Keng than when
my friends and I set off earlier in the day -- but no matter,
for we were able to enjoy our afternoon outing nonetheless :)
Posted by YTSL at 11:58 PM