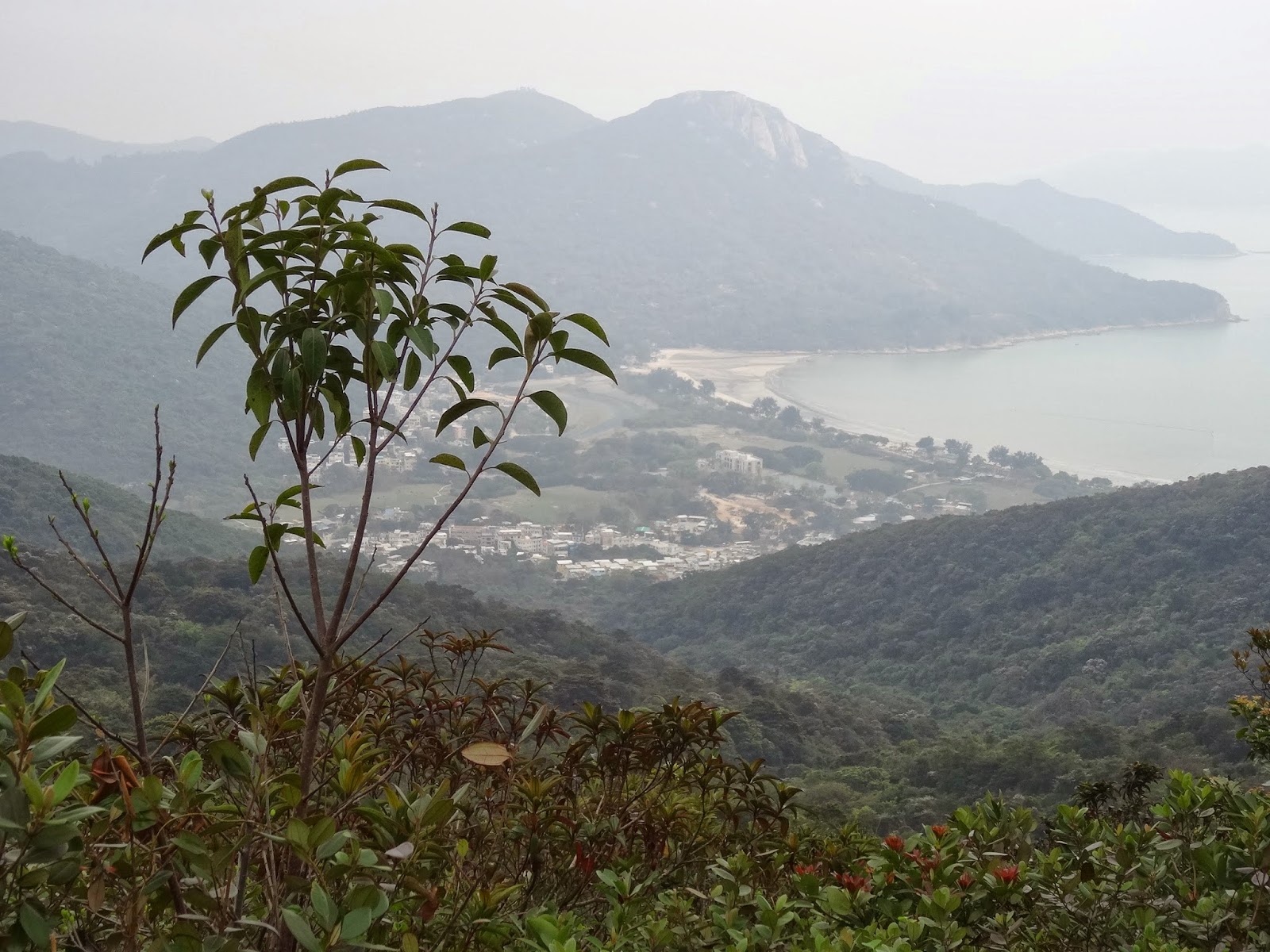 When looking out at a distance, today's sights
were on the gray side 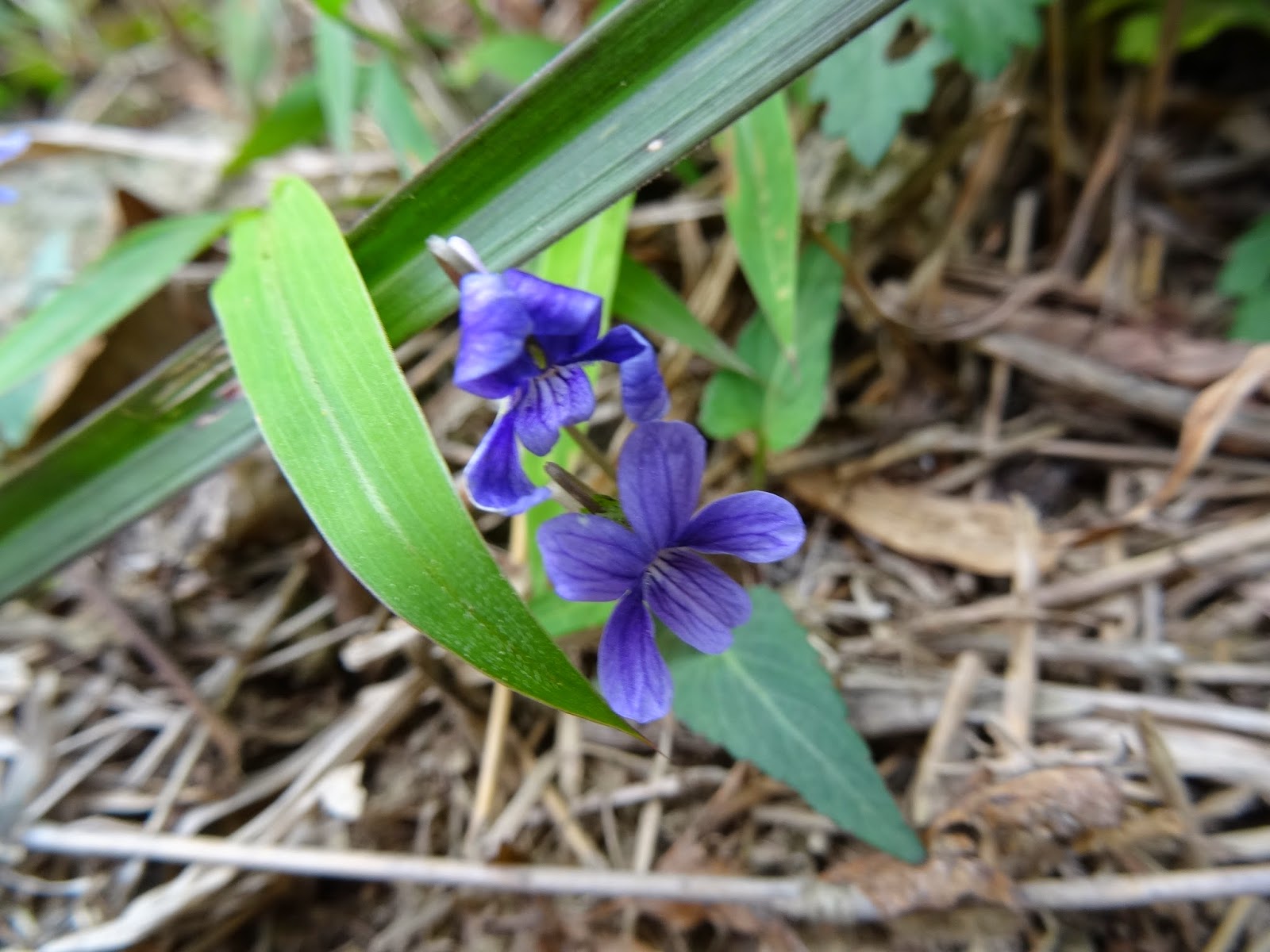 Closer to the path I was on and the ground though,
some patches of color could be seen 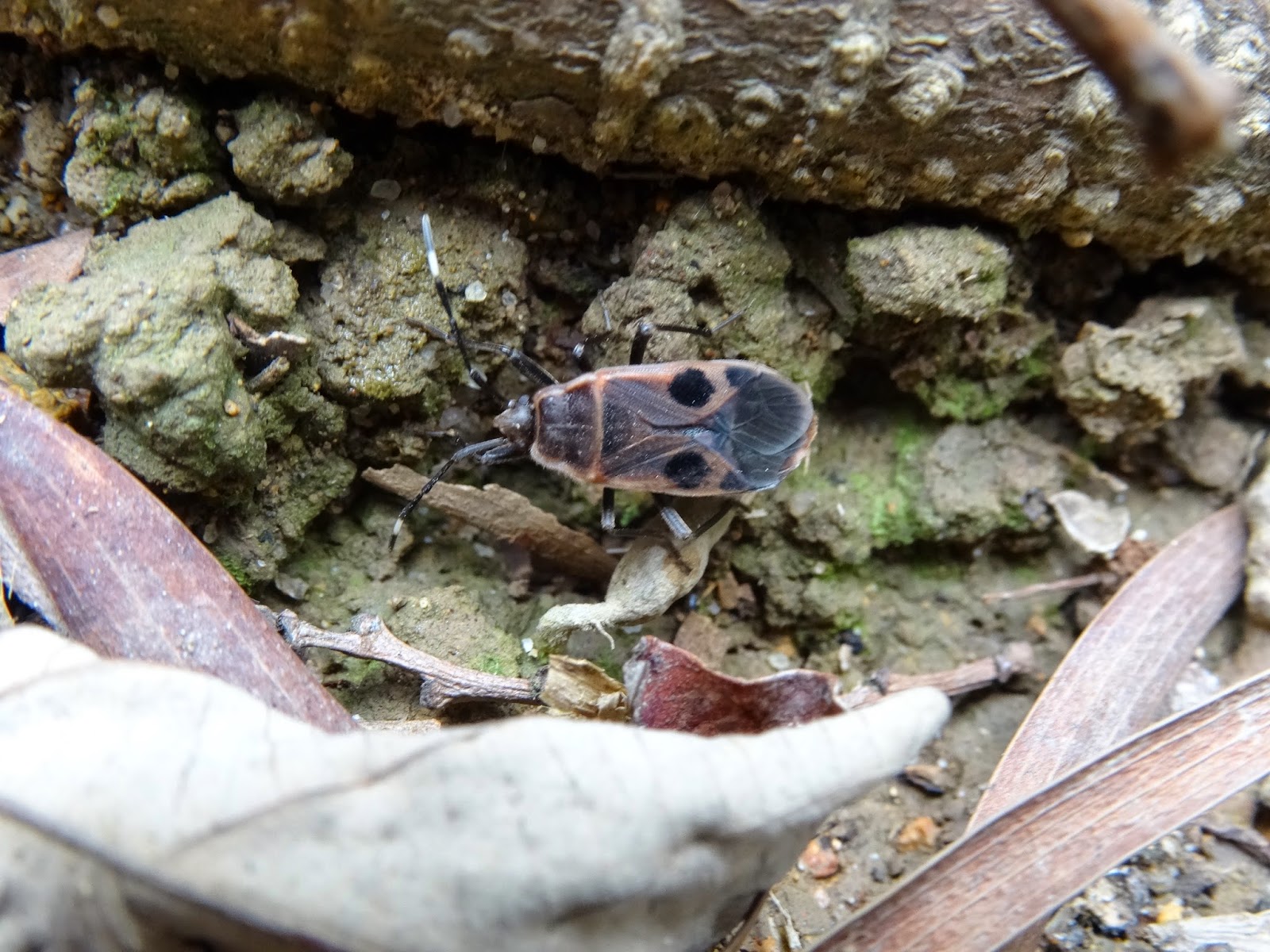 In another sign that spring has arrived, several critters
were spotted along today's Lantau Island hike

Shortly after a friend and I began hiking along the eastern section of the South Lantau Country Trail that ranks among my favorite Hong Kong hike routes earlier today, we caught sight of a small insect scurrying about on the ground.  For me, its appearance -- along with those of a number of other critters, including different species of fluttery butterflies -- signaled that spring has arrived, as surely as today's temperatures reaching above 20 degrees Celsius at times.


Other sure signs of spring were the wild flowers that have bloomed, and add such nice color to the overall landscape.  On today's hike, I spotted clumps of pretty purple, blue, yellow and white colored flowers.  There have been occasions when I've not dared to look closely at certain flowers because there were too many bees sniffing around them but today, the bees weren't out in force at all.

Because of another friend's wedding and the Hong Kong International Film Festival coming up soon, today's hike will be the last hike I will have gone on for close to a month.  So I really wanted to make sure I'd go on a good one -- and even with the day being on the gray side, I think I did, especially since my friend and I didn't end our hike in Nam Shan but, instead, continued trekking past there and down to Mui Wo along an old village path.


Although the South Lantau Country Trail is fairly level for the most part, it makes for a good workout because of its unpaved nature and length.  Having burnt a good amount of energy and built up quite the appetite on the hike, my friend and I decided to treat ourselves to a slap up meal at the China Beach Club that I've read about but only went to for the first time today.

Suffice to say that the food there was satisfying enough that it looks like we've got another post-Mui Wo hike dining spot besides Wah Kee (one of my favorite seaside restaurants in Hong Kong) and Bahce (which is my favorite Turkish restaurant in the Big Lychee)!  And while I didn't do so this time, next time I definitely intend to leave room for dessert -- in particular the restaurant's signature apple crumble! ;b
Posted by YTSL at 10:56 PM

Flowers and insects hunting (with a camera), followed by a satisfying meal... Hey this is FUN!

Wow, going close to a month without a hike will be tough for you! But hopefully you will enjoy those other weekend activities, too. (They don't sound like they'll be nearly as good as workouts, though…)

I always enjoy seeing your hike photos and reading your descriptions. I also regularly find myself hungry after reading about your dining adventures! I may have to go look for a snack now.

It IS fun -- and you'll also feel good about having gotten in some exercise AND been outdoors! :)

If I get desperate, I guess I'll fit in a hike one of those HKIFF Sundays. We'll see how it goes...

Thanks for enjoying my hike blog posts -- and food descriptions too. :)

The bottom photo deserves a place in your archive of best insect photos. The two distinctive black spots on its body give it an unusual, mysterious look.

If I may use this space to digress into the world of film...Miyazaki's The Wind Rises finally made it to general release here in the States. I had never seen a Miyazaki film in a theatre before and yesterday it was a pleasure viewing the work of a master storyteller on the screen...Afterwards, walking out of the theatre, I overheard two people conversing in front of me. One said to the other: "If you liked this film, you should definitely see Grave of the Fireflies. Not being familiar with this title, I jotted it down. When I got home I found it online and downloaded it. Grave of the Fireflies turned out to be one of the best antiwar films I've ever seen - animated or live action! This director created a film that is on a level with the best of Miyazaki.

I saw "The Wind Rises" in the cinema too a few months ago. It was the fifth Hayao Miyazaki feature film I've seen on a big screen (after "Spirited Away", "Howl's Moving Castle", "Ponyo, on a Cliff by the Sea" and "My Neighbor Totoro") -- and my theater viewing experiences make me want to see more of them on a big screen.

I've seen a number of non-Hayao Miyazaki Studio Ghibli films but have thus far held off doing so re "Grave of the Fireflies" as I fear that there'll be nothing left of me but a puddle should I do so... :S