And now for this week's bonus photo-essay besides the one on Beertopia 2014 that I put up on Tuesday: that's right, I can't resist throwing in another hiking photo-essay into the equation after all!  This time around, it's a chronicle of a summer hike around the Victoria Peak area that included yet another trek up (and then down) High West -- from where great views usually are to be had -- whose high points consisted of a spate of caterpillar spottings!

Although summer hikes usually yield up great views, this was one of those August days where it turned up to be pretty misty up in the higher reaches of Hong Kong's 31st and 53rd highest peaks.  And yes, although many people mistakenly think otherwise, 552 meter high Victoria Peak "only" is the highest mountain on Hong Kong Island rather than the entire territory of Hong Kong (that includes the New Territories and Kowloon as well as Hong Kong Island).  Not only that but the point which many visitors think is Victoria Peak is really only Victoria Gap -- the area and mountain pass located some 150 meters below Victoria Peak's actual peak! :O 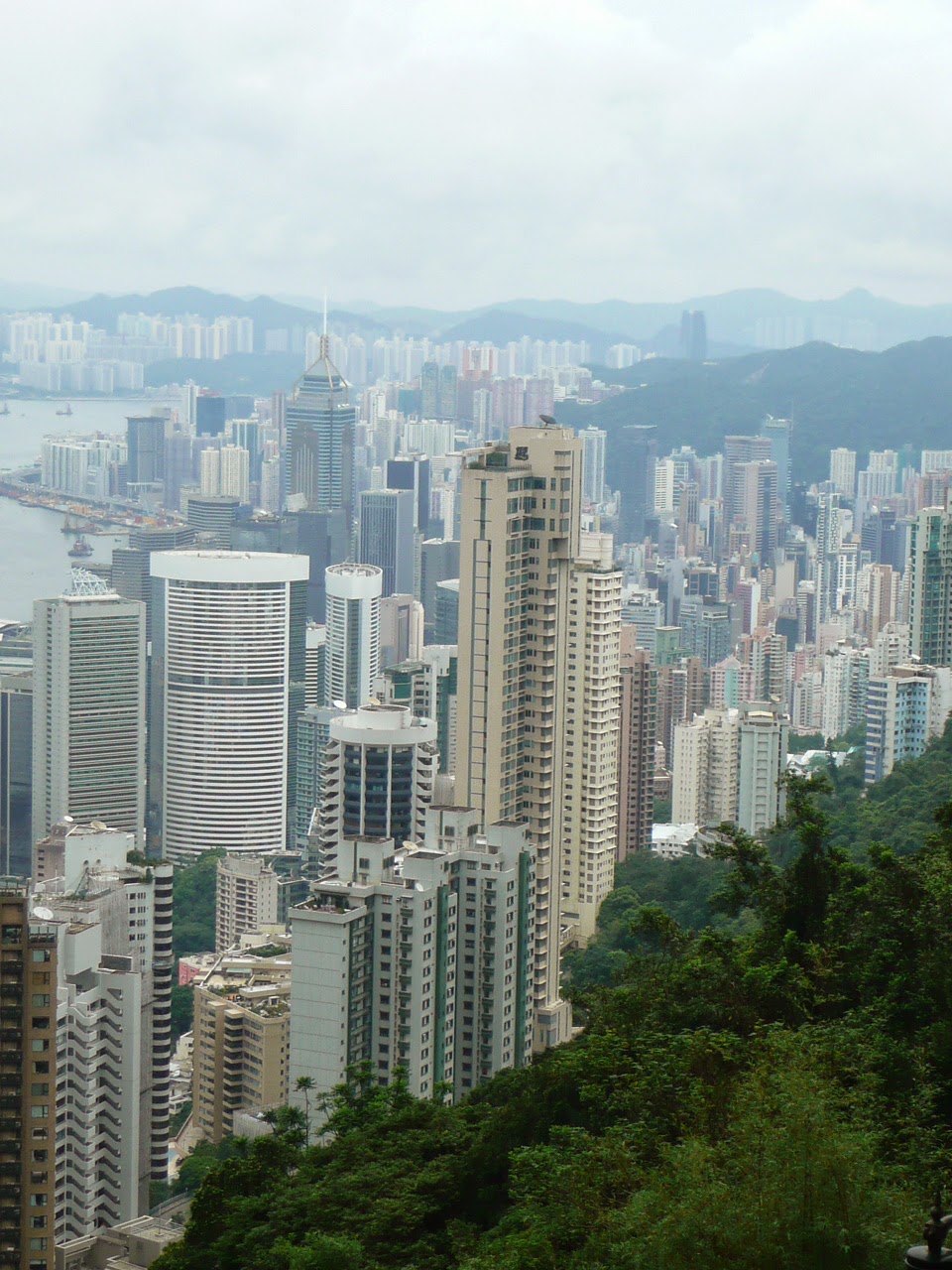 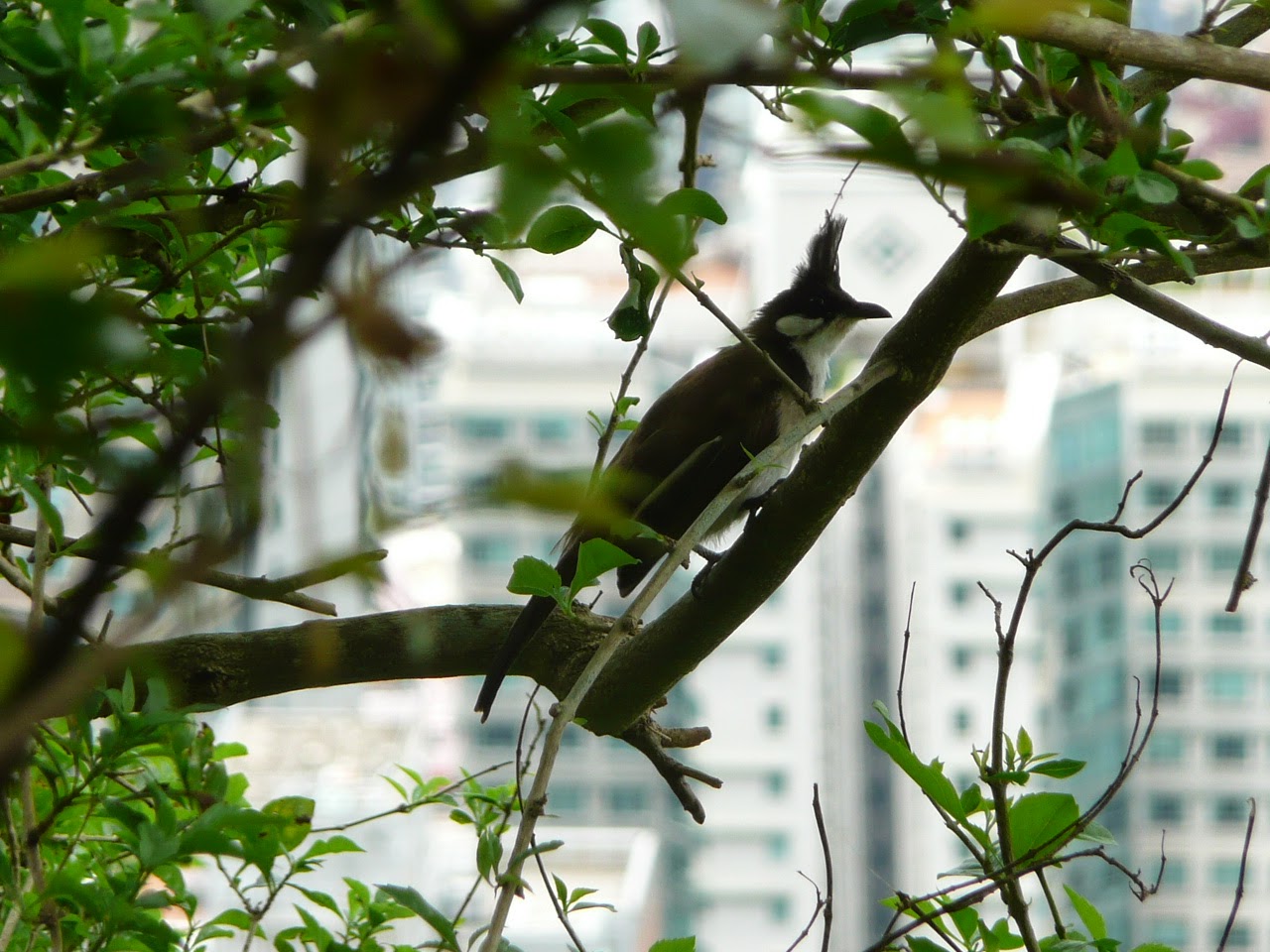 But in part because those scenic views have become fairly familiar
to me, I was able to not fixate on them and so also managed
to spot other interesting sights along the way like this crested bird :) 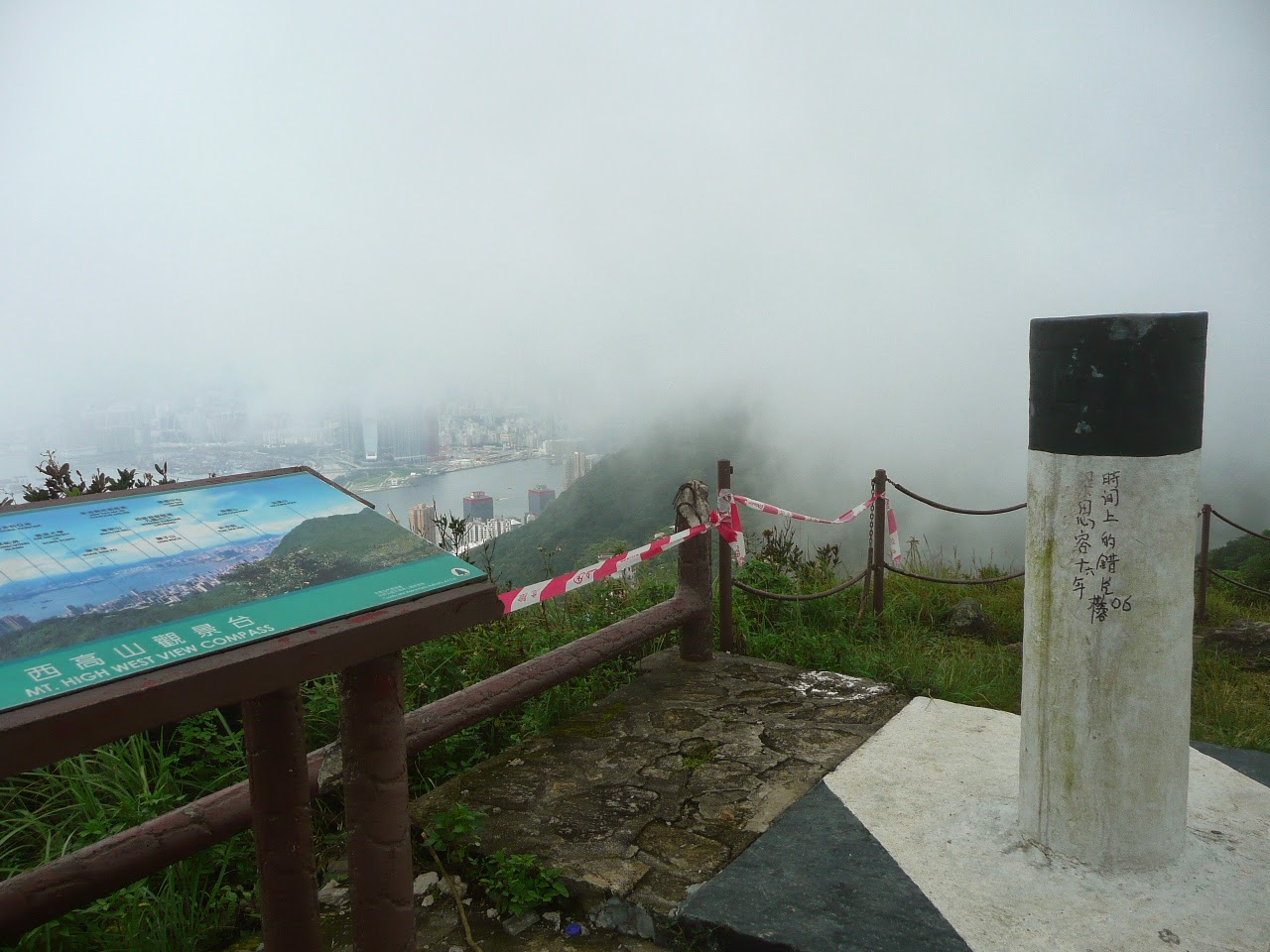 Shortly after my hiking buddy and I got to the top
of High West, the mist came swirling around us -- and
I have to admit that I found the experience was rather scary :S 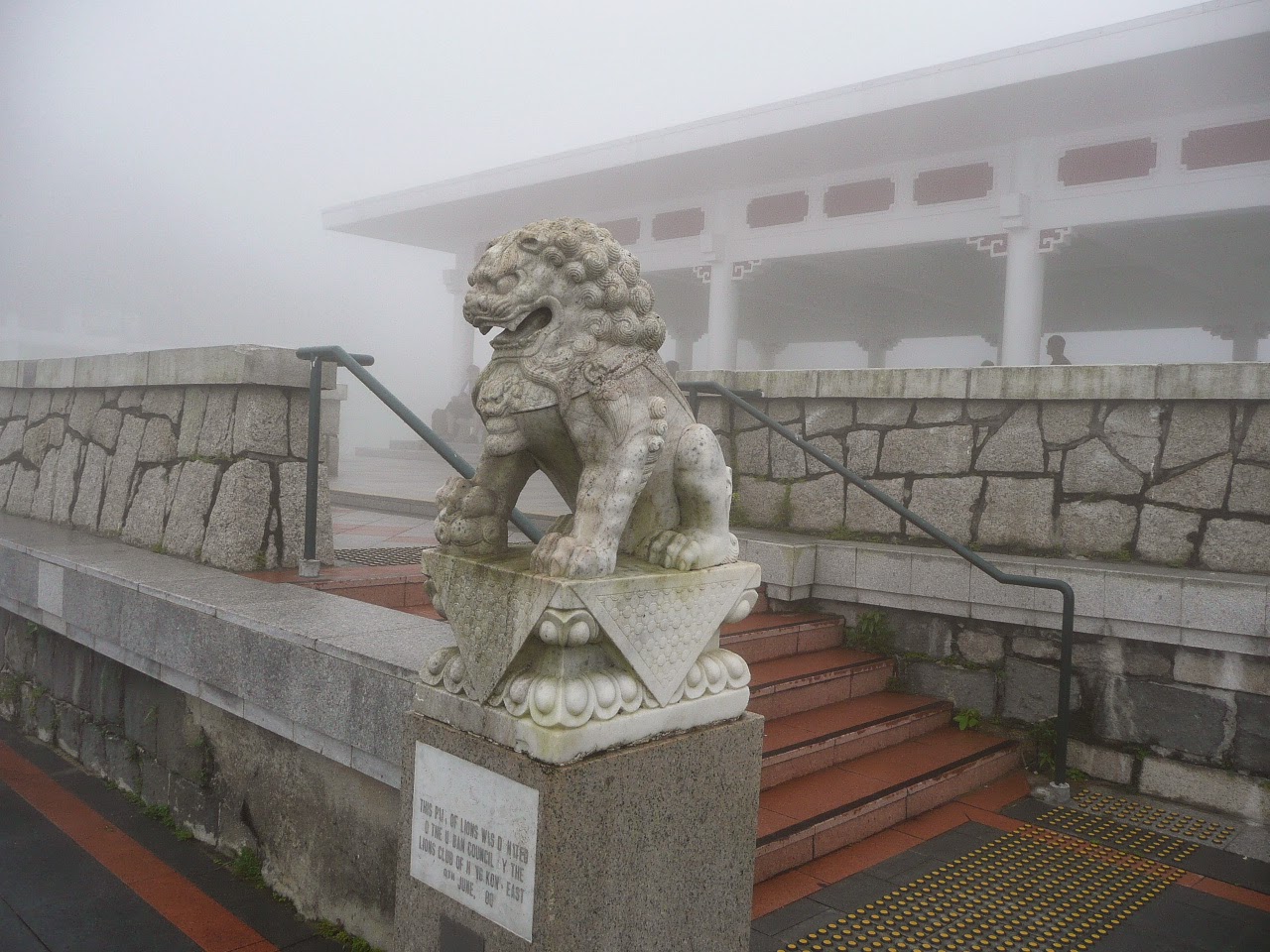 It also was pretty misty high up in the area of Victoria Peak
where the Governor's Mountain Lodge used to be,
and where Victoria Peak Garden is currently located 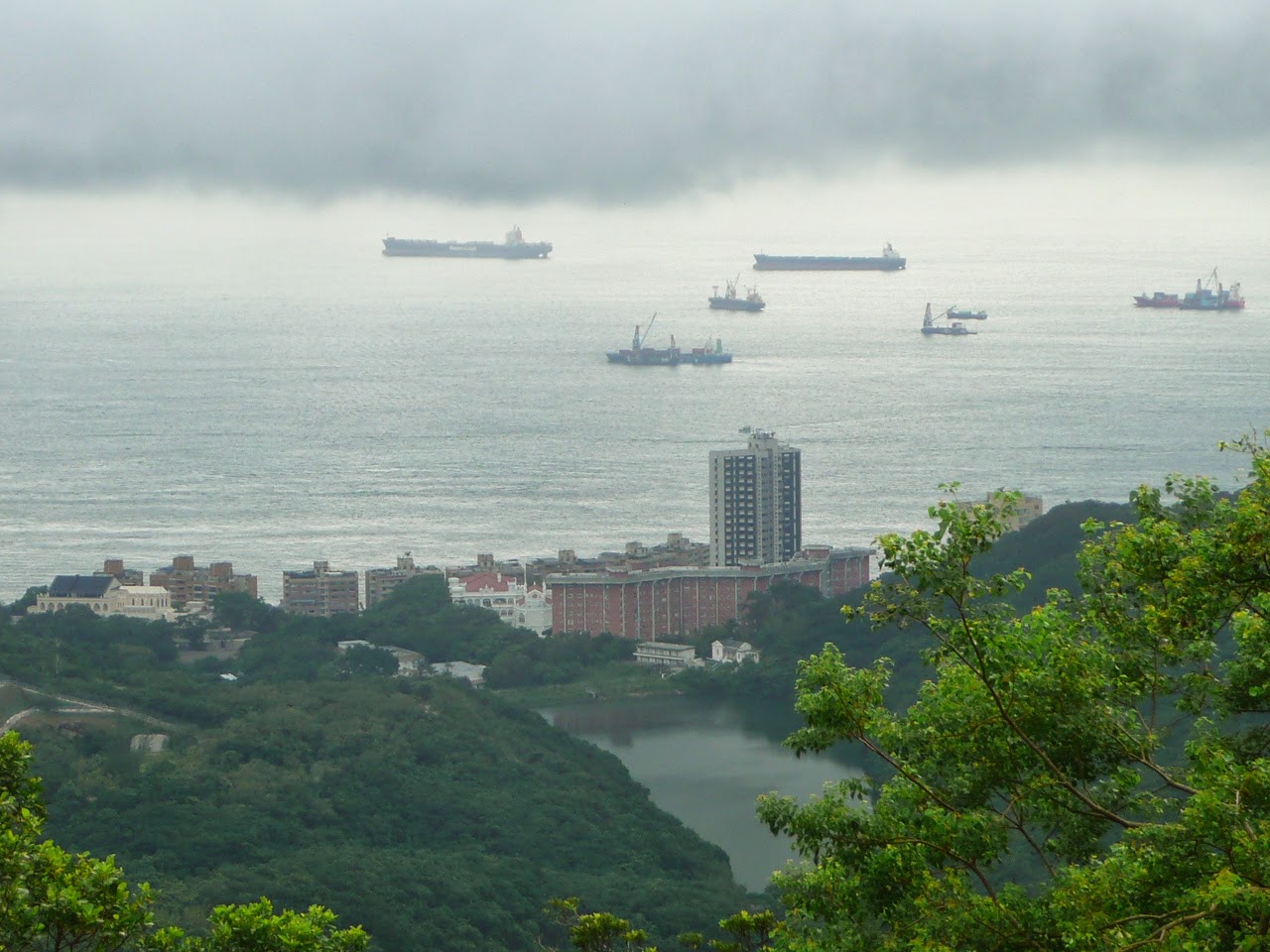 It took a while to get back down to below mist and cloud level
since we had to go slow along the slippery paths,
but it was quite the relief upon finally doing so! 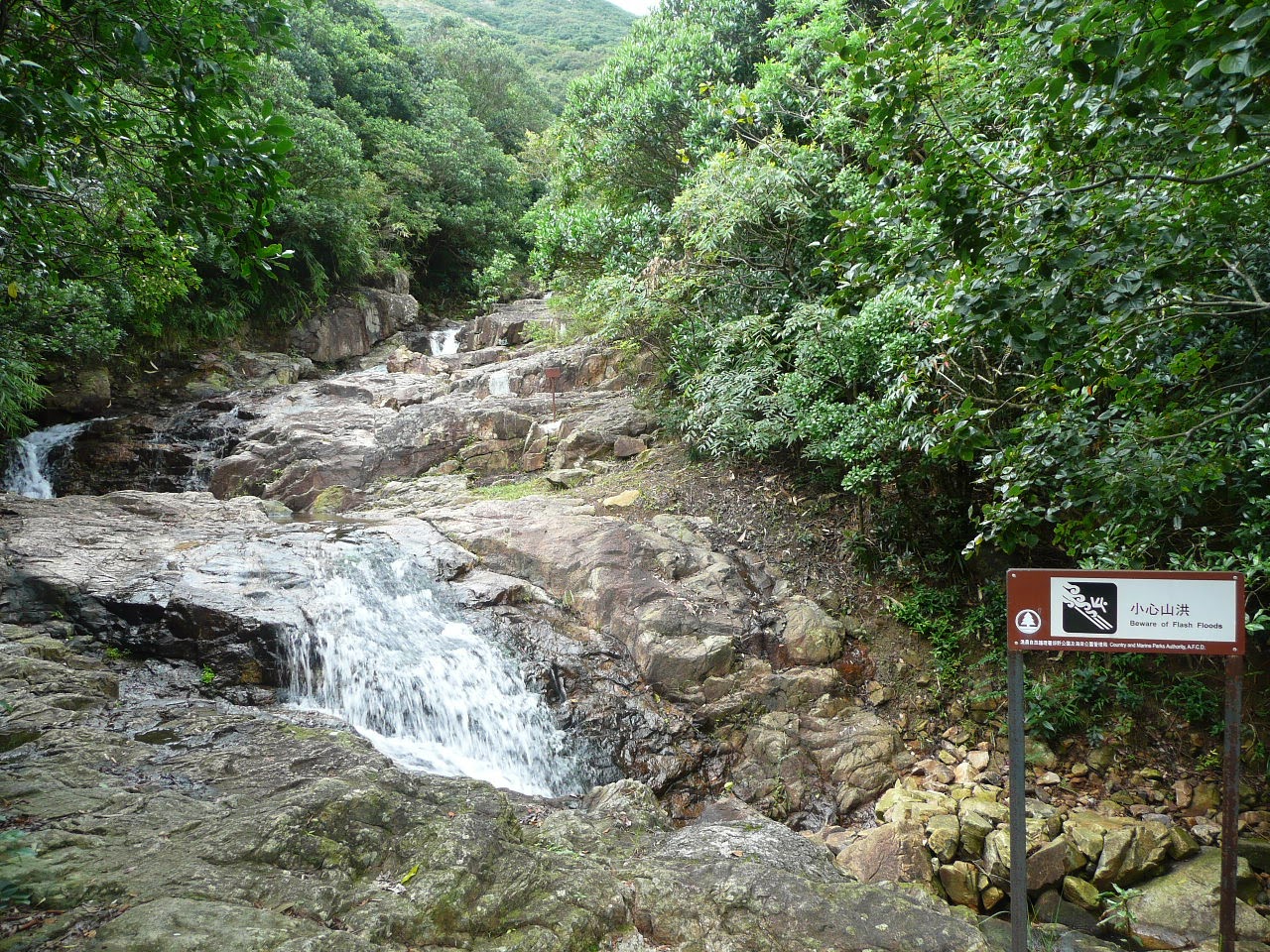 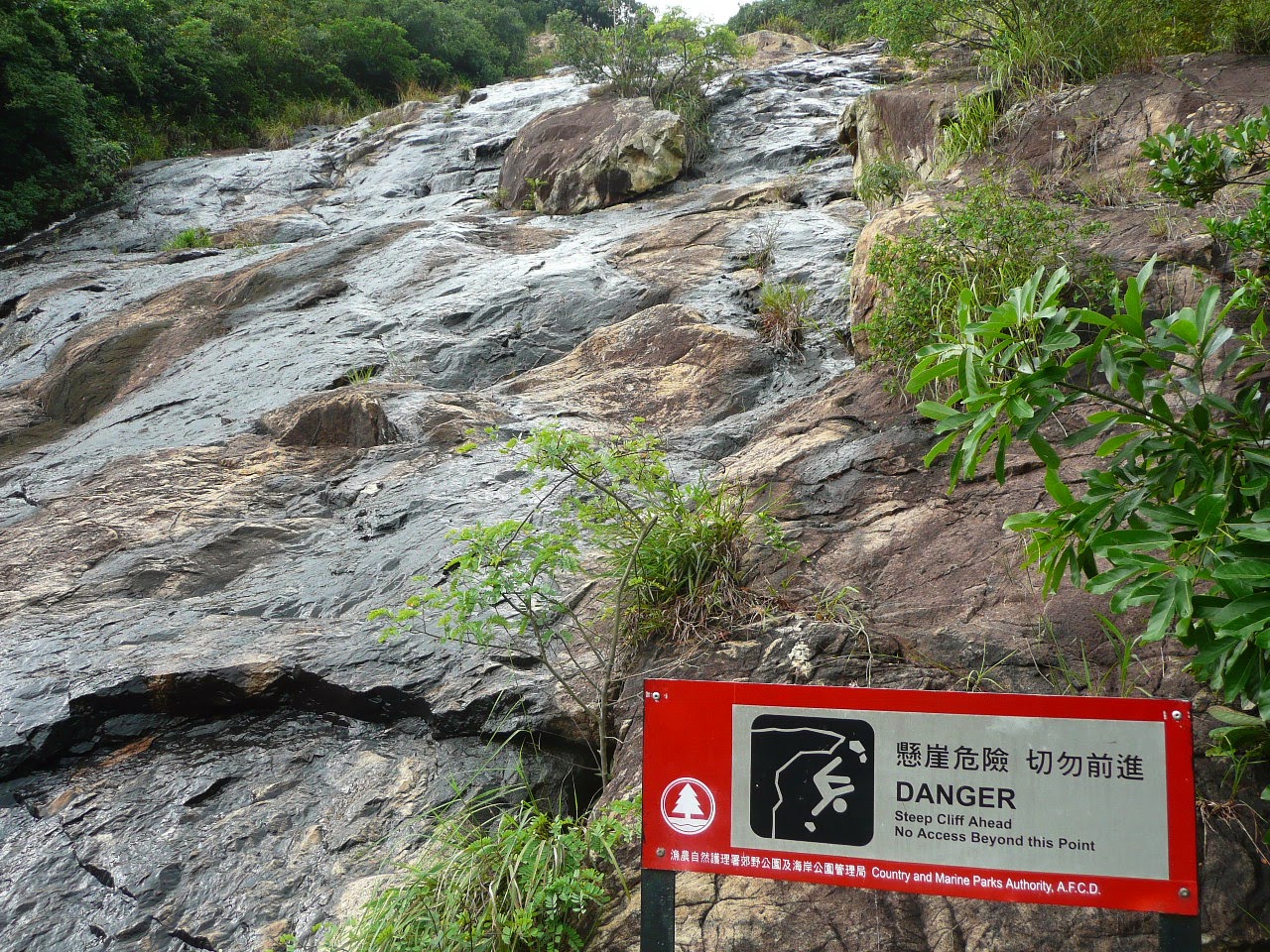 In drier times, I could see some foolhardy souls wanting
to clamber up that steep cliff but surely no one would
want to do so when it was as wet as it was that afternoon?! 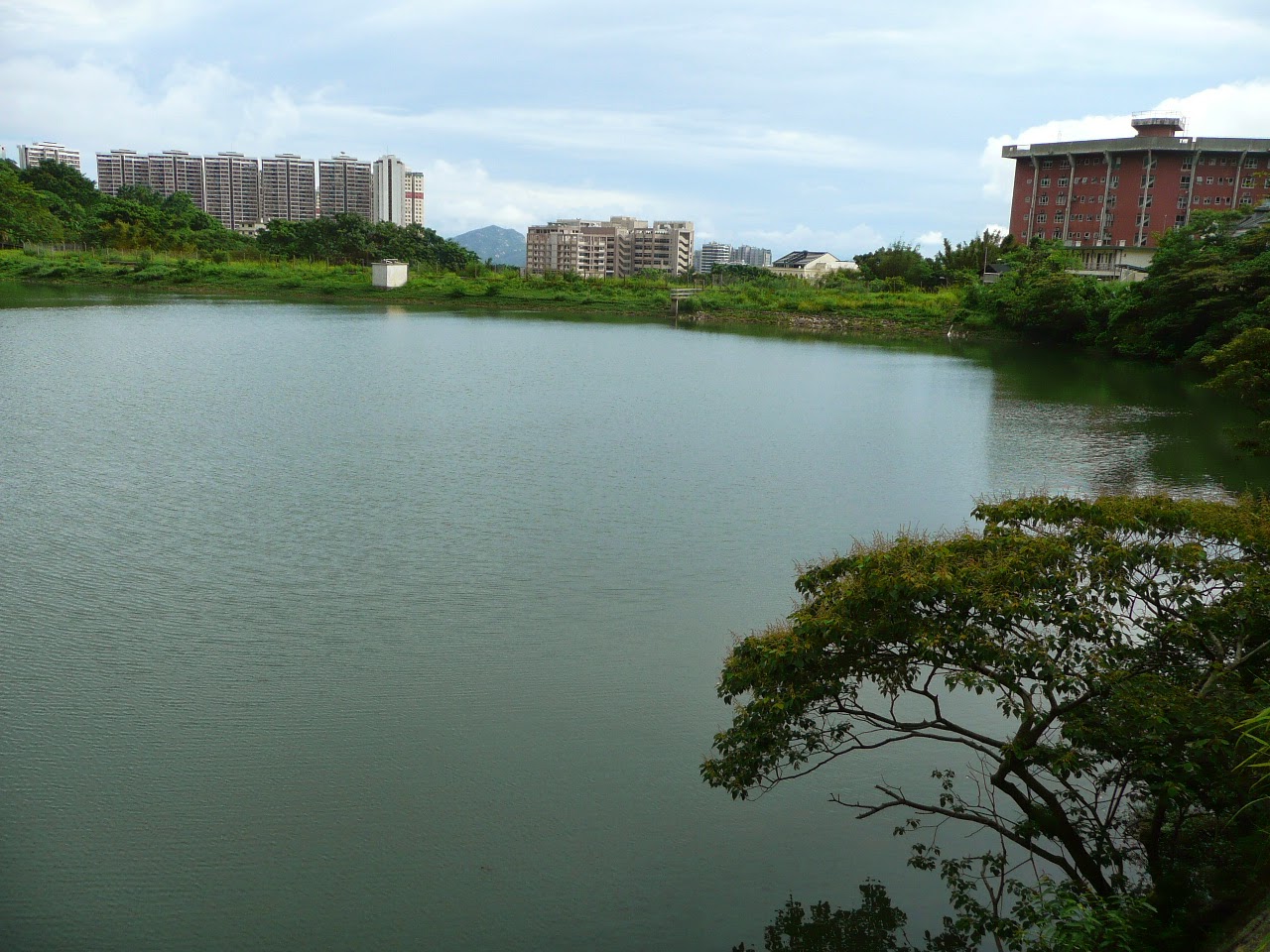 The Pok Fu Lam Reservoir also seemed much fuller
than I've seen it in the past -- but what struck me even more
is how beautiful the day looked towards the end of our hike! ;D
Posted by YTSL at 11:36 PM

Ah, that's a bulbul. They are quite noisy especially when there is a throng of them. Lot's of them in the Aberdeen/Apleichau area.

A good photo-essay that proves once again that you don't have to leave Hong Kong Island to take a vigorous walk to get some inspiring atmospheric views. This particular photo-essay is one that I will probably view a few times because it is a catalyst that set off some memories of mine.

It was the first time I had visited Hong Kong. I got off the Star Ferry and walked all the way to the top of the Peak, via Old Peak Road, onto Mt Austin Road, and then on to the very top. I gradually walked down various paths until I made my way to U of Hong Kong, then walked through the streets of Western, thinking that travel doesn't get any better than this...Thanks for this post because it invoked some fond memories, and introduced me to some views of High West.

Ah yes, a bulbul! Thanks for the ID. I've seen them in many parts of Hong Kong -- including in the Quarry Bay area and also the New Territories. :)

Absolutely re not needing to leave Hong Kong Island to go on hikes with scenic views. Not many people know it but Hong Kong Island is home to several country parks including Tai Lam (my favorite), Pok Fu Lam, Aberdeen and Lung Fu Shan. :)

Funnily enough, have never been on Old Peak Road. Will do so one day though... :)

You should try going up Peel Rise in Aberdeen and then go down Old Peak Road back to Central next time. That would be two very old roads in one day.

I've been saving up going along Old Peak Road for one of those days when I can't find anyone to hike with (as it's hardly far from civilization, etc.). I've been on Peel Rise before though -- but that's an interesting suggestion for a hike, to combine it with Old Peak Road. Thanks!

Hi YTSL -- the pics of the mist look cool!

I still prefer being up on High West on a super clear day -- like when we went up there -- though!