Critter spottings and other sights on Yim Tin Tsai (Photo-essay)

One hot but sometimes overcast summer day, five friends and I headed boarded a kaido at Sai Kung pier that took us to Yim Tin Tsai, one of Hong Kong's more than 200 offshore islands. Formerly home to more than 1,000 villagers, no one lives there anymore.  But in recent years, people with ties to the island have helped turn it into a local tourism hot spot and when I suggested going on a trip to the island, more people decided they wanted to join the excursion than I expected!

Another unexpected outcome of the excursion -- which was far less hike than walk, really -- was our finding that Yim Tin Tsai was quite a bit smaller than we had thought it would be.  Consequently, we headed over to neighboring Kau Sai Chau -- which is connected to Yim Tin Tsai via a breakwater -- but our plan to also explore it were scuppered when we came across a "no entry" sign soon after setting foot on that larger island.

Even more disappointing was our finding, after getting back to Yim Tin Tsai, that its UNESCO award-winning St Joseph's Cathedral to be closed on a Sunday afternoon.  But even while our excursion turned out to be less interesting culturally than I expected, as the following photo-essay should show, it turned out to be pretty interesting as far as critter spottings went! ;b 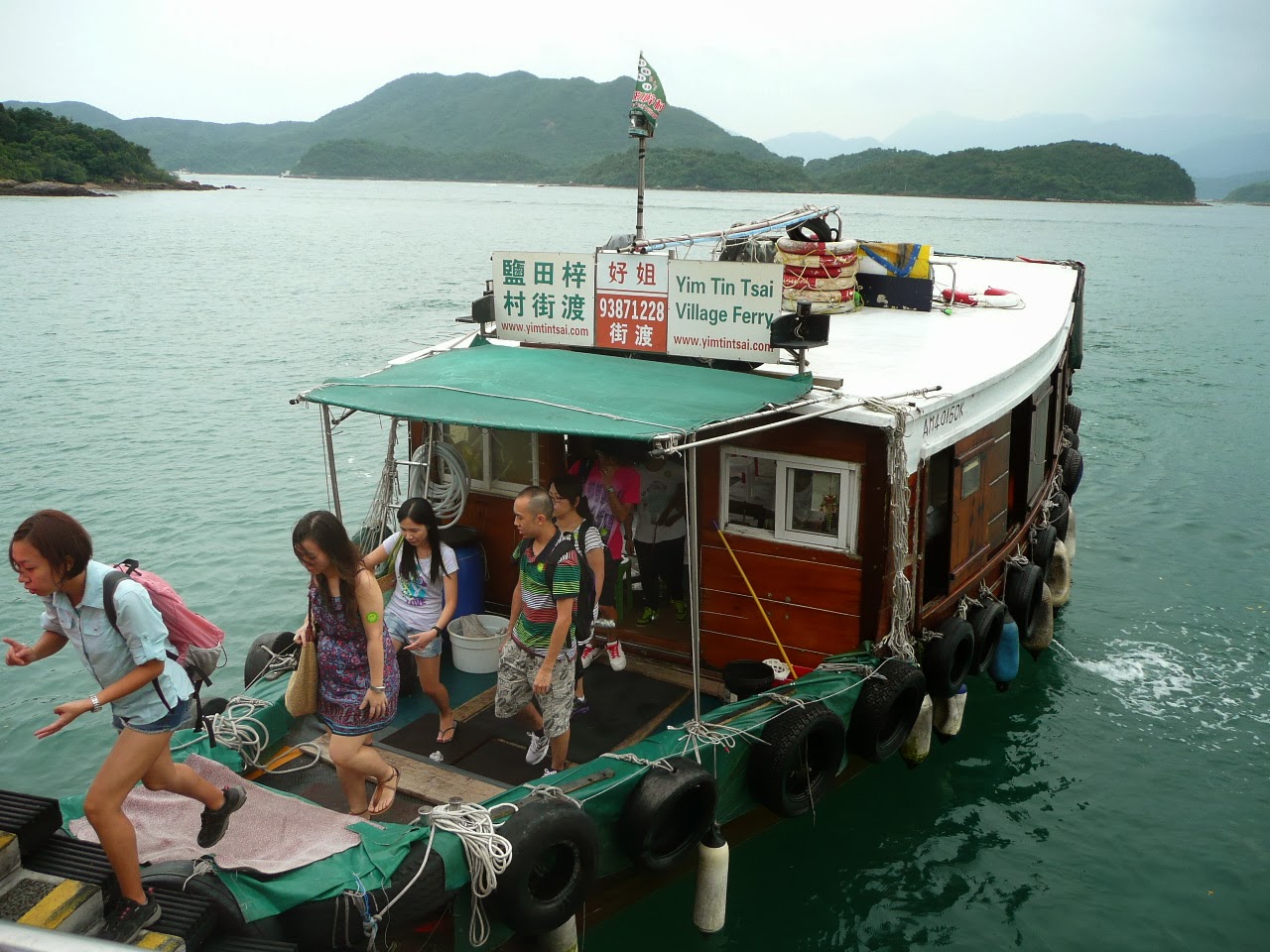 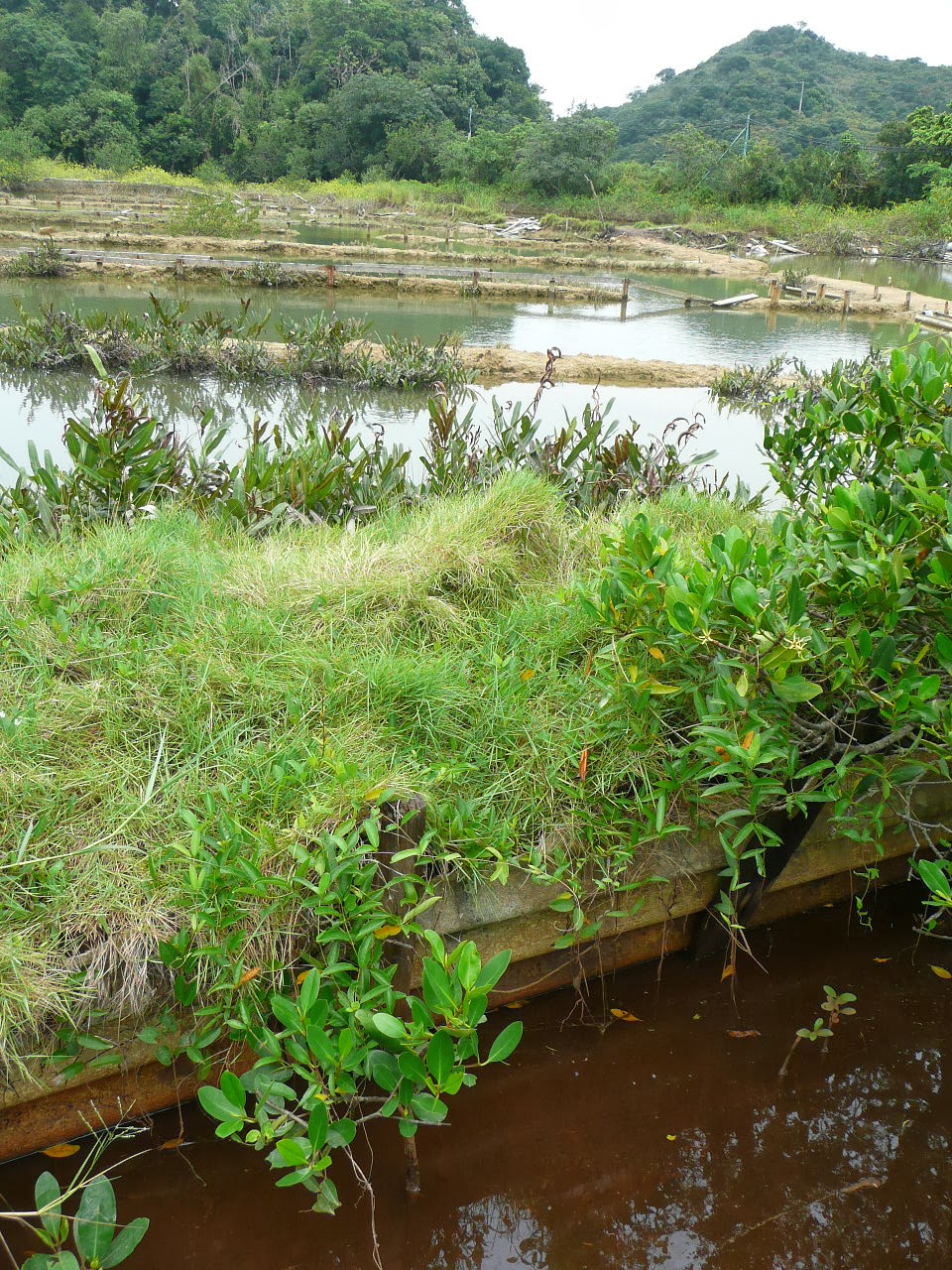 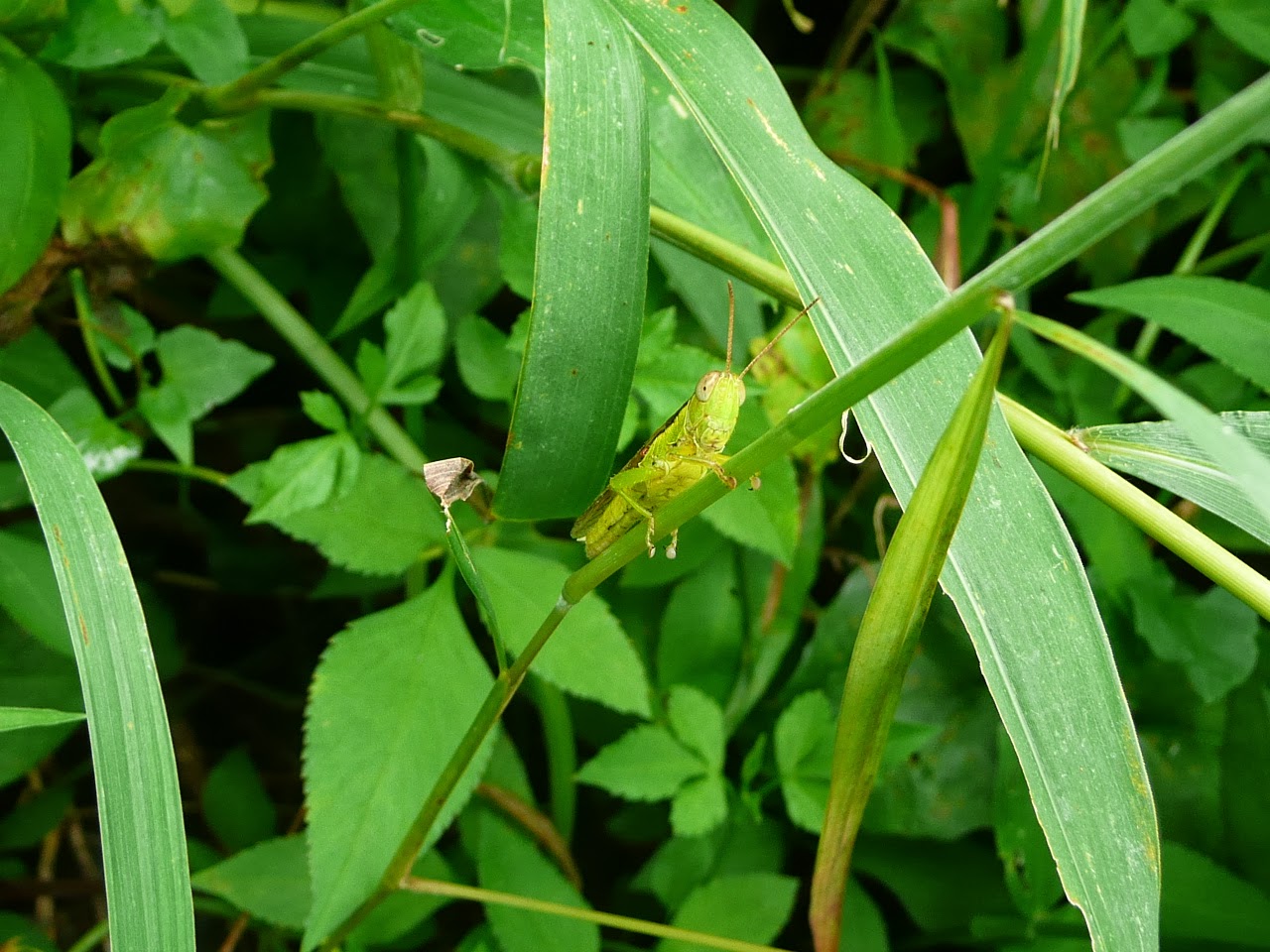 Given up to nature, they're great places for spotting
critters like this green grasshopper :) 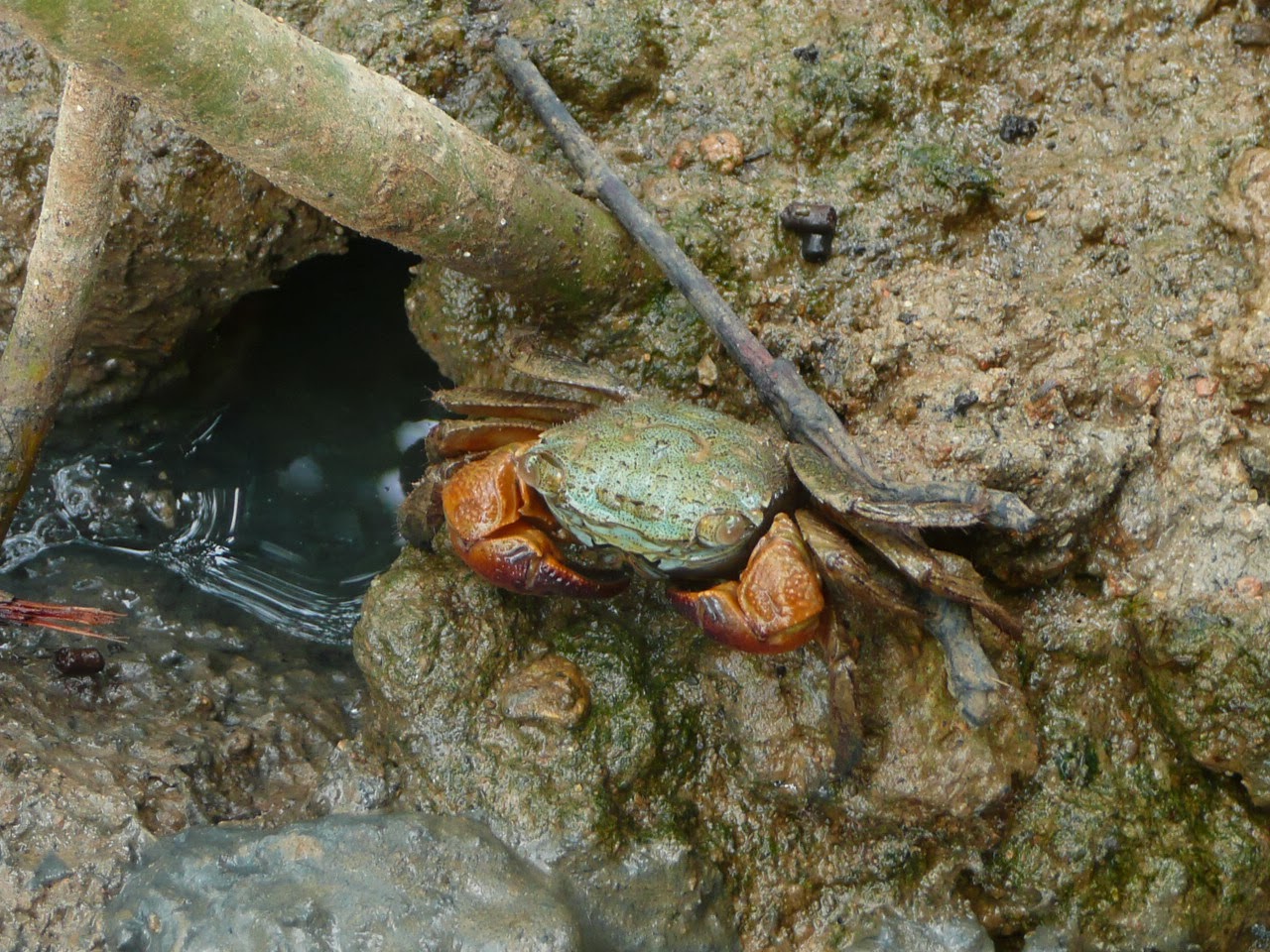 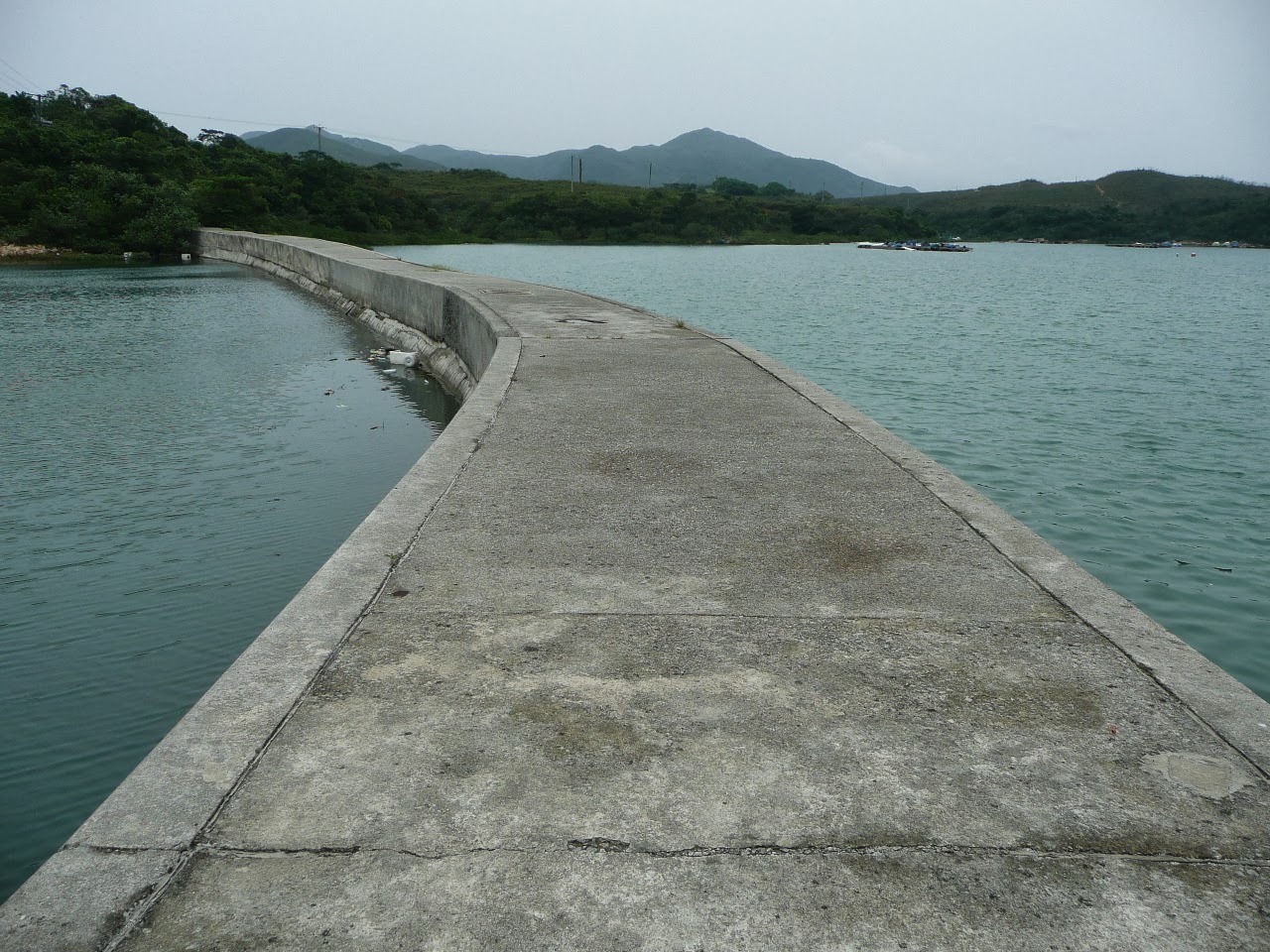 The breakwater we hoped would lead us to vaster space
to explore, but didn't... :S 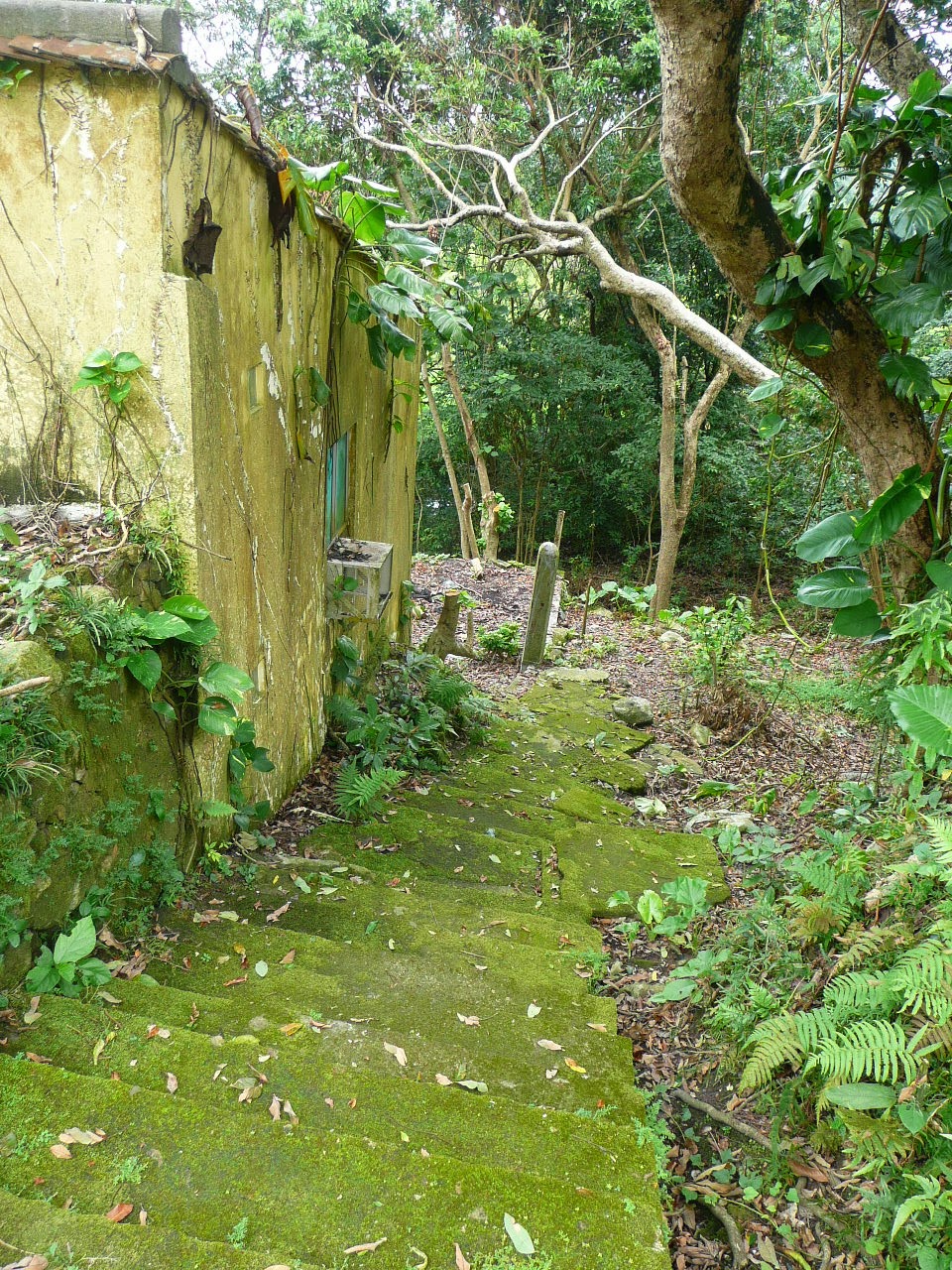 A small butterfly on a flower that really wasn't that big! ;) 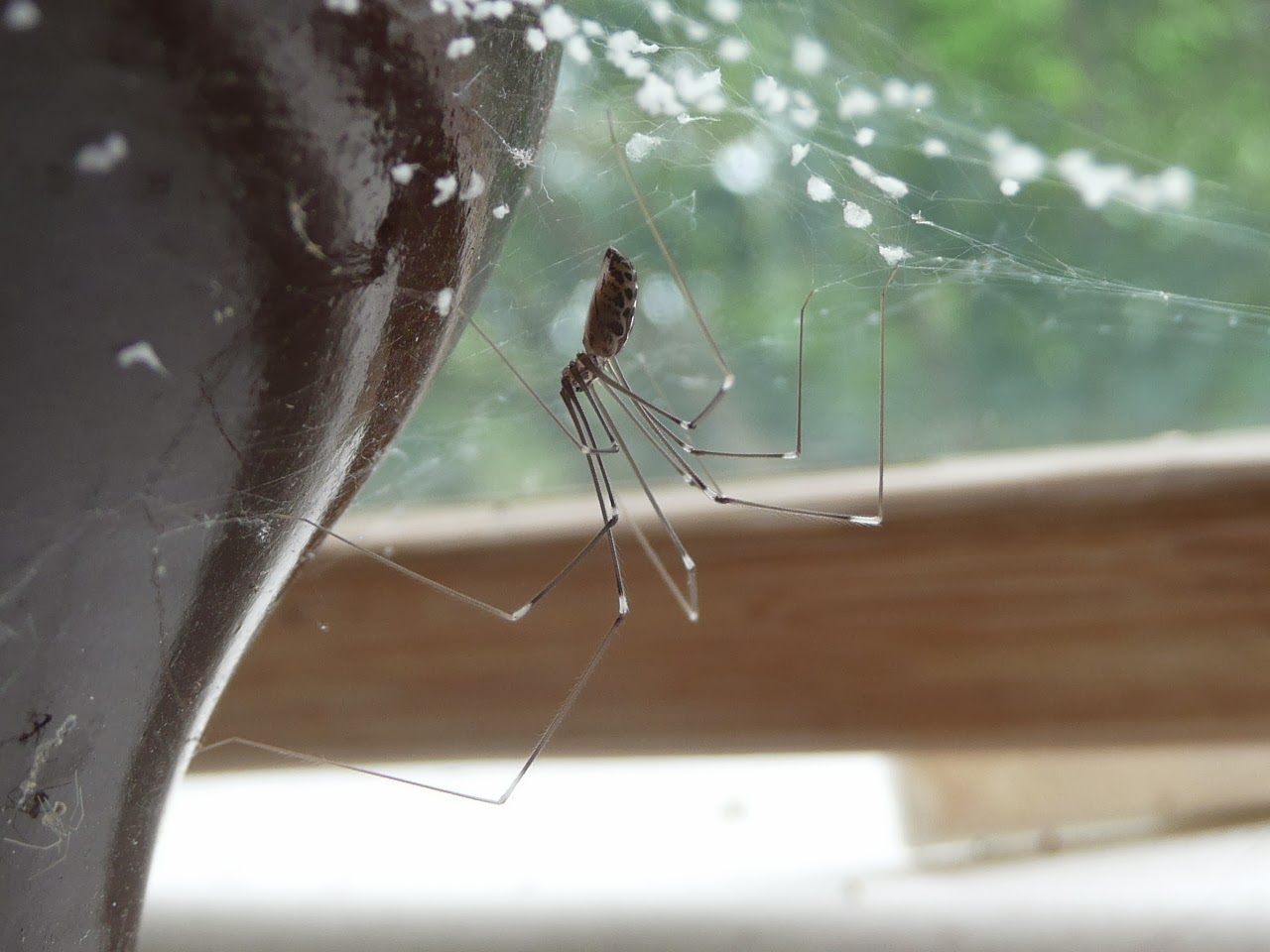 And dig this long-legged spider! :b
Posted by YTSL at 7:58 PM

Beautiful pics. Waiting for butterflies to come back to Iowa!

These are interesting photos, showing that you don't have to hike up mountains or see spectacular vistas for a locale to impress itself in one's mind.

The photo of the "green path" is haunting because the green-covered walls(moss?) show nature reclaiming the village...The photo of the silver butterfly is very regal looking, worthy of a place with the best of the insect photos in your archive.

However, it is the top photo of the kaito that I really like. These smaller ferry-shuttles that ply the coastal waters of Hong Kong, have an endearing charm that I find almost human. I would like to find a documentary about a day in the life of a kaito.

I'm hoping the weather will soon be more conducive to butterflies here in Hong Kong too! Feel sad to have seen quite a few dead butterflies that came out too early on recent hikes... ;S

I get the feeling that you enjoy going on ferries and kaidos. Next them you visit Hong Kong, you should make it your mission to check out as many as you can! ;b

And yes, nature's definitely reclaiming much of Yim Tin Tsai.