If you were to ask hiking enthusiasts in Hong Kong which is their favorite part of the Big Lychee to be out in, chances are pretty high that they'd say the Sai Kung Peninsula that's home to not one but two country parks.  It's not just that the scenery can be pretty spectacular in this section of Hong Kong but, also, that, with a combined area of some 7,494 hectares to wander about, there are whole stretches of trail that one can go along without seeing any other person for a time.

Because of this, the Sai Kung Peninsula is a part of Hong Kong that I'm loathe to hike in by myself.  Happily though, I've had several opportunities over the years to venture there with one friend or more -- and to the extent that I've come to have a number of favorite trails in the area, including the Tai Tan Country Trail which I've now been on at least five times, and with a different hiking buddy who had hitherto never previously been on this particular route on each of these occasions! 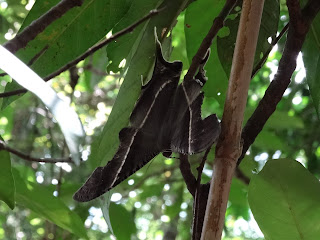 The kind of camouflaged creature I probably would not
have been able to spot in my first years hiking in Hong Kong ;) 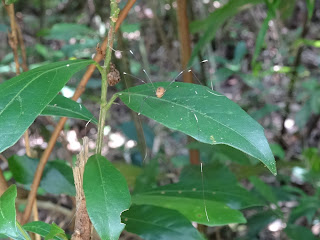 Not a spider as it only has six -- rather than eight -- legs! 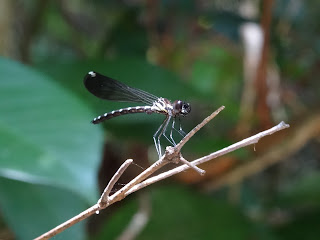 A damselfly which most obligingly posed for my camera! :) 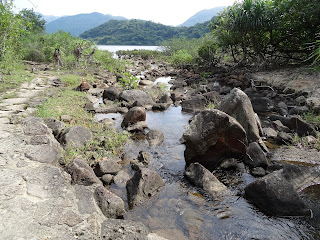 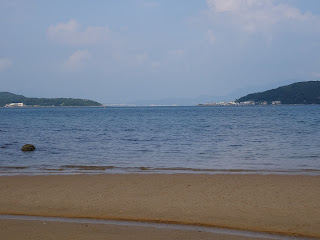 On an isolated beach looking across Long Harbour
(Tai Tan Hoi) to the island of Tap Mun, and Ko Lau Wan 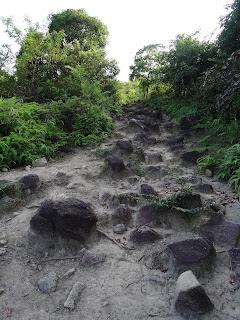 A rugged section of trail that leads one up to
higher ground, and more stunning views 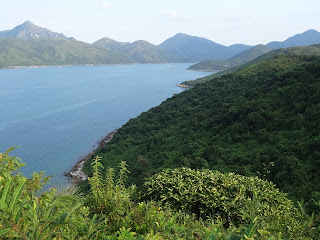 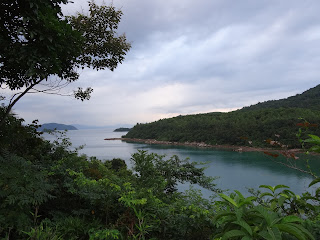 Time near the end of the hike to look back and appreciate
how very pleasant much of the scenery that the Tai Tan
Country Trail takes one through is :)
Posted by YTSL at 9:21 PM