There are many serious hikers who would scoff at the thought of a Lamma Island hike that didn't involve ascending Mount Stenhouse (which while only 353 meters high, has claimed human lives).  I, on the other hand, am happy enough to tackle the official trails, particularly since whole stretches along the southern section of the island can already feel like they're off the beaten path.

In fact, if you go on a weekday in order to beat the weekend crowds, I still even enjoy going along the well trodden concreted trail between Sok Kwu Wan and Yung Shue Wan which I've been along with my mother post her triple heart bypass surgery and went on for the first time prior to my moving to Hong Kong!  Indeed, the official trails of Lamma constitute one of my "go to" summer/hot day hike options; this especially when throwing in a meander around less visited sections of the island, which actually include the Lamma Winds' wind turbine that's become one of Lamma's most visible physical landmarks! :) 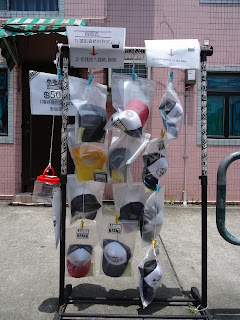 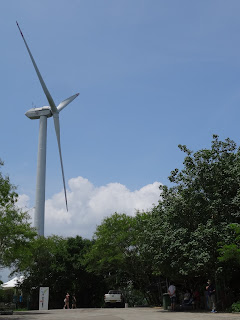 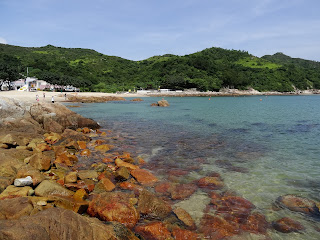 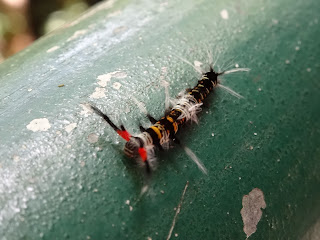 One of the more colorful caterpillars spotted in Lamma that day! 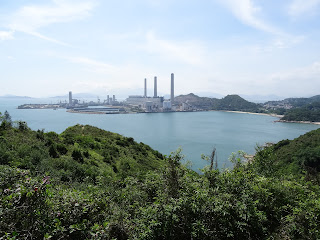 In addition to a wind turbine, the island's also home to
the coal- and gas-fired Lamma Power Station 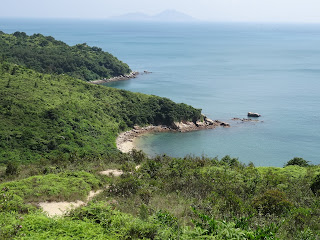 Rest assured though that not all of Lamma is blighted
by human development! 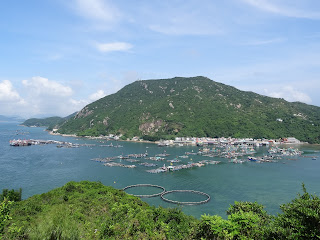 A case could also be made for nature and humans combining
to actually make a photogenic landscape at times ;b 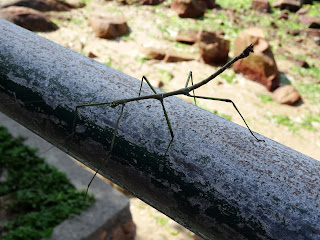 And critter spottings are actually fairly frequent on the island
-- with this stick insect being less intimidating looking than
the snakes and large spiders I've also come across on Lamma :b
Posted by YTSL at 11:37 PM

What is the red coloration on/in some of the rocks at Hung Shing Yeh Beach? Interesting photo essay.

I'm glad you found the photo-essay interesting! Re the rocks: I'm no geology expert but reckon the red coloration shows that there's iron in the rocks.