Safety and activity in Victoria Park after dark 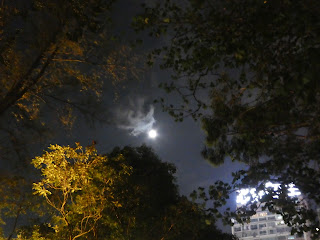 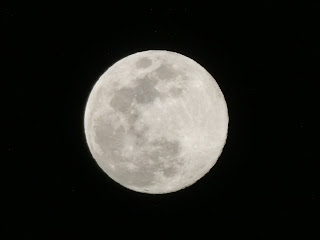 A more close-up shot of the close-to-full moon 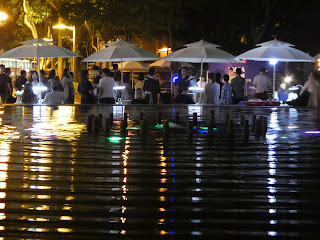 Closer to the ground sights at Victoria Park last night

I decided to go for an evening walk last night that took me through and around Hong Kong Island's largest urban park.  Soon after I moved to the Big Lychee close to 11 years ago, I discovered to my great surprise that Victoria Park's open 24 hours and that it really is perfectly safe to spend time in it late at night; something that I would never think could be the case in any public park in Philadelphia, the other big city where I have lived for more than a decade.
Similarly, while I had spent many happy hours in various parks in London, the third large city where I've spent a not insubstantial amount of time, they were always during those parts of the day before the street lamps came on.  And this was decades ago, when the British capital was considerably safer than it is now; a point brought home to me by a friend visiting from England a few weeks ago mentioning -- as we were strolling through Victoria Park, as a matter of fact, albeit during the day! -- that London's murder rate thus far this year has been higher than New York's.
Glancing about at the scenes that unfolded around him as we approached the park's model boat pool area, my English friend was moved to express his amazement that no one around us, including the folks manouvering their remote-controlled boats at high speed around the pond and the many others happily watching their actions, seemed to have any concern about threats to their personal safety, be it from pickpockets or terrorists.  At moments like this, I realize how this kind of situation looks to be increasingly uncommon in the rest of the world -- and how lucky I am that it is the norm in Hong Kong.
When I told my English friend that I regularly walk about in Victoria Park (as well as the streets of Hong Kong) after dark, I think he was rather disbelieving; and this especially when I added that I have seen senior citizens out doing tai chi in the park at night as well as younger folks playing basketball and football.  And I wonder what he'd have made of such as the family I spotted out for a stroll last night (complete with a grandparent in a wheelchair), the woman working on her notebook computer on a park bench and the man enjoying singing Cantonese opera along with the voice coming out of his radio while getting a bit of light exercise who I passed by while strolling in the park last night!
Something I myself was somewhat surprised to come across on my stroll yesterday evening was what appeared to be a little craft market, complete with Canto-pop performing buskers, on one corner of the park.  Another unexpected sight last night came in the form of a noticeably bright as well as close-to-full moon in the sky -- and as you can see from the photos at the top of this blog post, I was moved to snap shots of it as well as stand there to appreciate its beauty. :)
Posted by YTSL at 9:55 PM

What a lovely post! I did not know that Victoria Park is open 24 hours. Indeed HK is very safe and it is a privilege that we tend to take for granted. While we work long stressful hours, we can at least walk the parks in the evenings without having to be on the alert at all times. When traveling abroad, I have to remind myself to be always on the guard and that gets stressful.
I usually associate parks at night with homeless people, did you spot any?
Sophia

I'm glad you like this post! I've never spotted homeless people while walking in Victoria Park at night. Actually, I feel like I'm more likely to come across homeless people on and under overhead bridges in Hong Kong and also some underpasses too -- but even so, it's nowhere on the scale that I've seen in, say, Seoul as well as many American cities with far colder climates than Hong Kong.