Not only do I love hiking but I find it to be a great way to relieve stress.  So imagine my frustration in recent weeks, when it seems like every time I venture out, I'll get rained on -- and to such an extent that I've actually been disinclined to venture out of the concrete jungle into the nearby country parks.

Hopefully, looking at some hiking photos will help get rid of some of that frustration.  And while I'm at it, here's also cobbling together a photo-essay of a hike through territory so familiar -- namely, the trail leading up Mount Parker Road from King's Road over to Tai Tam Road by way of the Tai Tam Reservoirs -- that I felt comfortable being out on my own but with enough exploratory detours to make the outing feel like I wasn't entirely repeating myself along with enough pretty much always interesting sights to make for a satisfying excursion into the Hong Kong countryside... :b 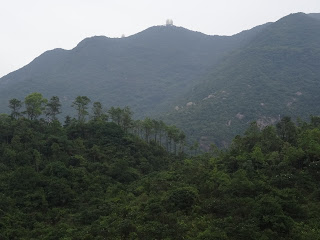 See the pavilion that's half obscured by foliage
to the left of the picture? 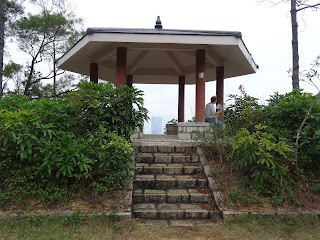 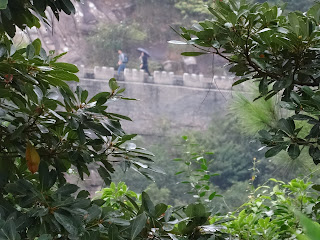 From the pavilion, one can see the section of
Mount Parker Road that I often jokingly refer to
as the not-so-great wall of Hong Kong ;) 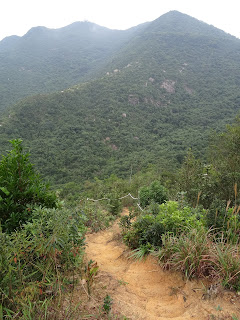 In its vicinity, I also found a more rugged route
to the pavilion than the one I had taken! 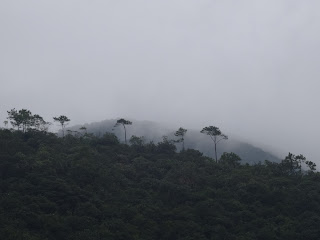 Although there was some precipitation in the air,
I happily didn't get rained on that afternoon :) 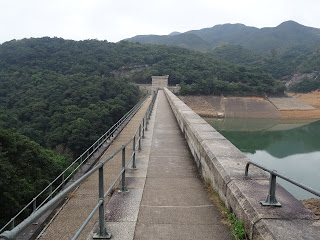 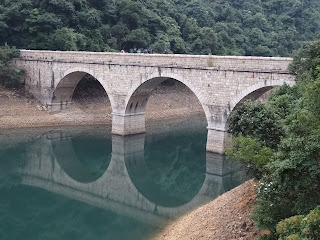 Amidst all this, I think the reservoirs' water levels
may well have been at the lowest that I've seen to date! 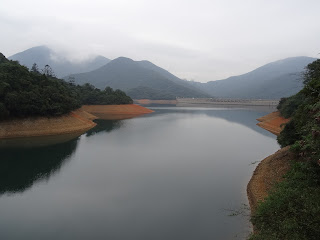 When you catch sight of the dam atop which is a section
of Tai Tam Road, then you know that you're near hike's end... :)
Posted by YTSL at 11:59 PM

Lovely photo essay. Especially the photo looking down to Mount Parker Road through the bushes. The mist adds a hint of romance and mystery to your photo essay.

I'm glad you found the mist added a hint of romance and mystery. I feel that sometimes but at other times, wish that visibility would be super high all year round! ;)