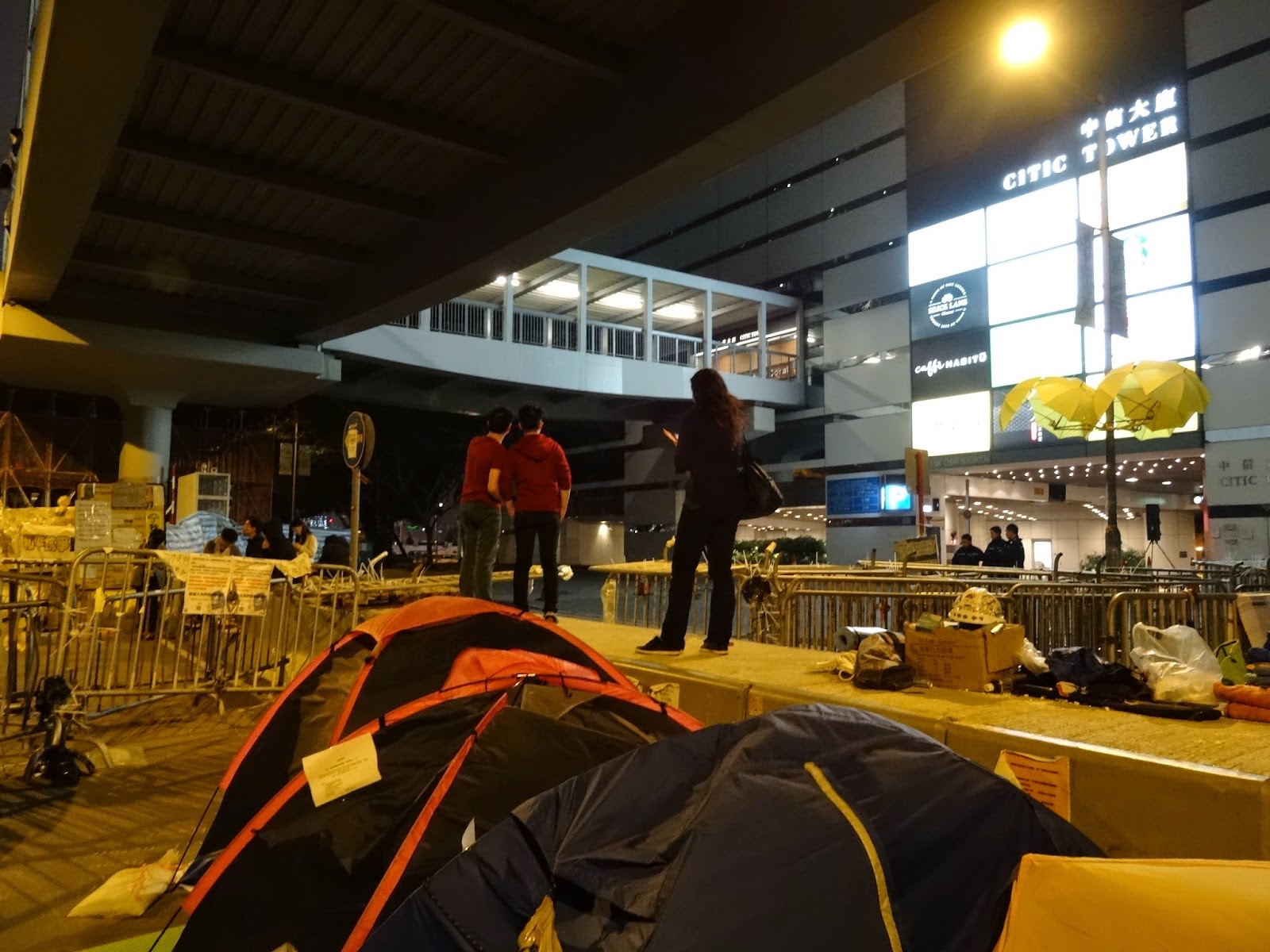 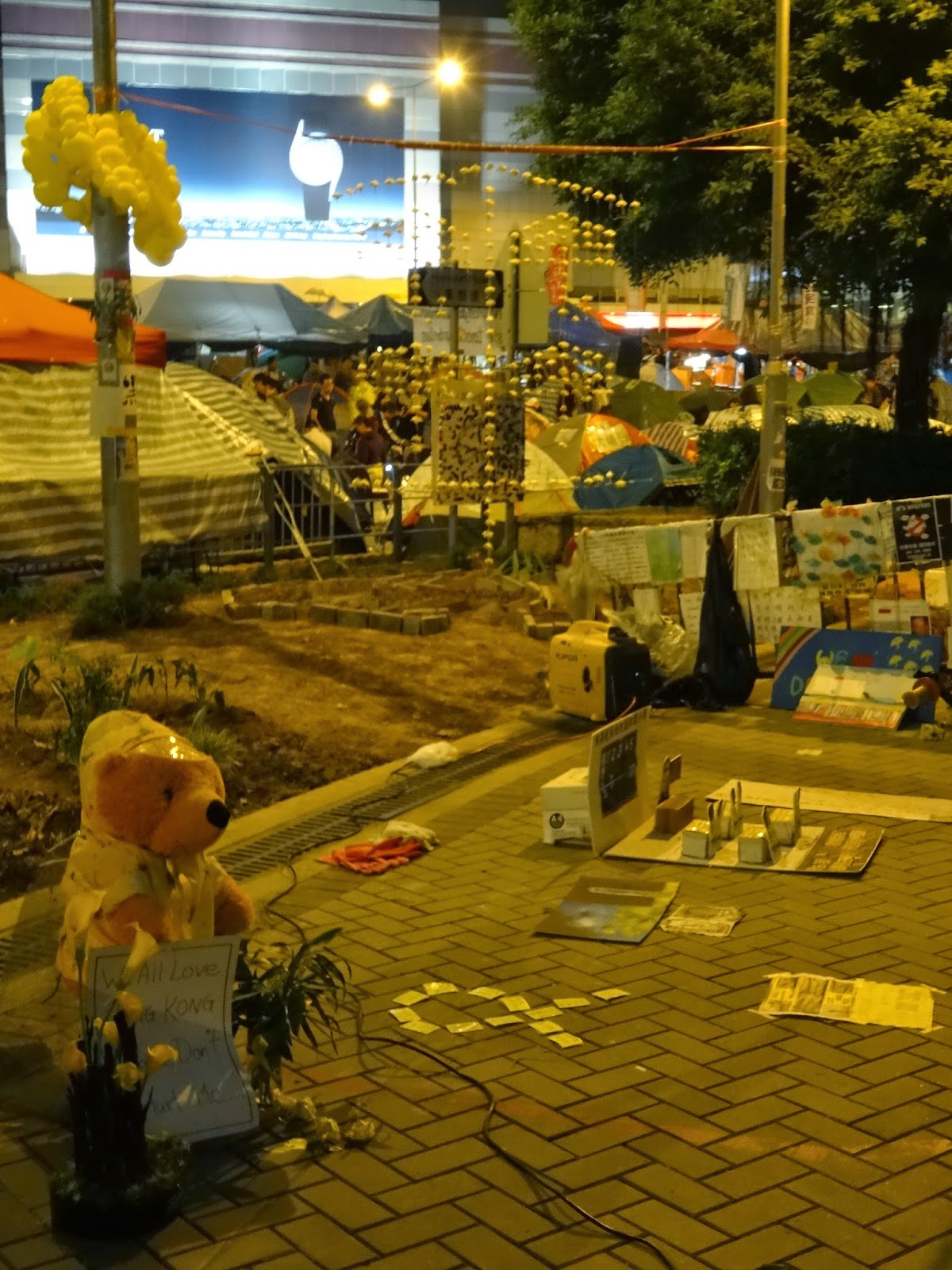 Umbrella Man has left Admiralty --
but other creative installations remain
(including small and big Totoros!) 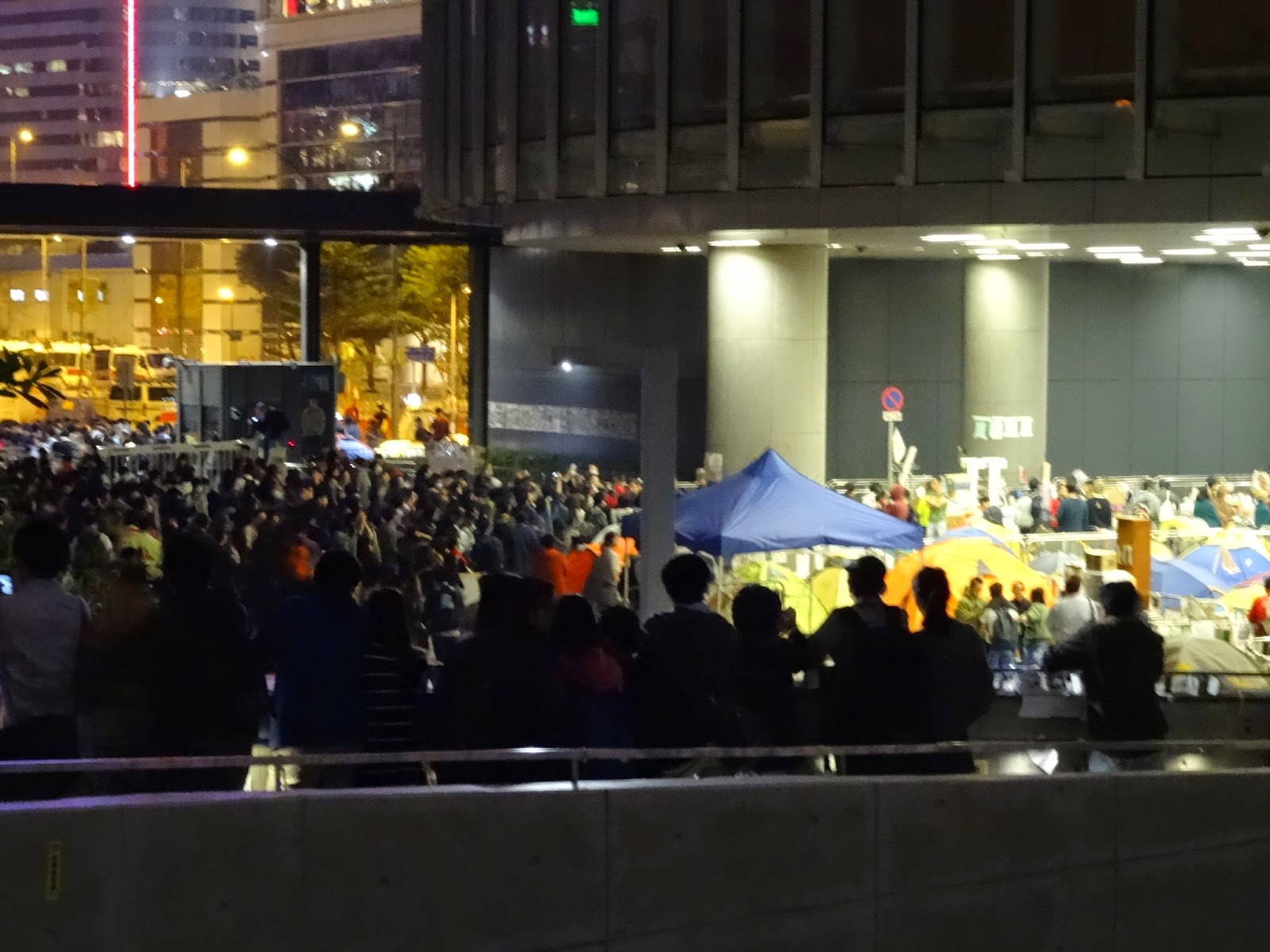 Honestly now, does Admiralty look unoccupied to you yet?

It's late in the night and I just got back from Admiralty a few minutes ago, so I'll be brief here: Word was spread this afternoon that part of the protest area at Admiralty had been cleared.  While this is true enough, I think a lot of people don't realize how small the area that has been cleared is, as can be seen when looking at this map and comparing the cleared space marked in red vis a vis the still Occupied space that's marked in green.

Walking to the site from Central this evening, things looked pretty much like they were on Sunday and recent other days that I've been in the area.  It was only when I got to the site where the Umbrella Man once stood that I noticed a difference -- in that the Umbrella Man has been removed (for protection by its creator, from what I heard) -- and, a few meters on, the area immediately around Citic Tower.  And even in the case of the latter, only one lane of the side road has been cleared of barriers and tents and now open to traffic -- and the smattering of police officers who have been deployed to that space often find Umbrella Movement supporters walking all around them!

While I was in the area, I suddenly heard the kind of communal roar that I previously associated mostly with crowds at football matches.  These days though, I've come to associate it with (signs of) trouble in the protest areas.  From what I've gathered, some masked men had tried to remove barricades from the Legco Building entrance but were prevented from doing so by the large crowd that had quickly gathered.

On Sunday, a friend of mine had wondered aloud how many tents at Admiralty were actually occupied -- and, attendantly, how many people were actually in the area.  Judging from tonight, the numbers are higher than the skeptics may have thought -- and among those numbers are many who are very ready and willing to help to protect the claimed Umbrella Movement space when the need arises!
Posted by YTSL at 11:59 PM