Friends of mine who've viewed my hiking photo-essays (such as the one documenting the earlier part of this hike I went on one beautiful Sunday) often ask me, "Where are the people?"  And while it's true enough that there are times while I'll wait for other hikers to move along before I take a photo, the truth of the matter is that many sections of Hong Kong's hundreds -- if not thousands -- of kilometers of hiking trails really aren't as well trodden as many people might think.

And while it's also true that the four major long trails (i.e., the Maclehose, Wilson, Hong Kong (Island) and Lantau) are the ones that often are the most well traversed, certain sections are more popular than others.  In the case of the Lantau Trail, the major attractions are Sections 2 (which goes up Sunset Peak) and 3 (which goes up Lantau Peak) while some of my favorites, including Section 12, often go ignored -- something which, frankly, I'm not going to complain about since it just means I have more of the trail to myself whenever I go on it! ;b 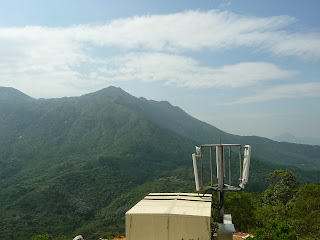 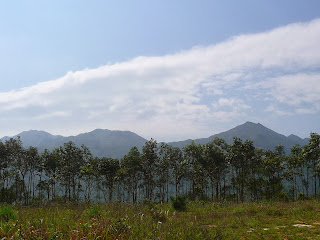 Sky, land and trees combine to make a pretty picture
that I had to take a snap of for posterity :) 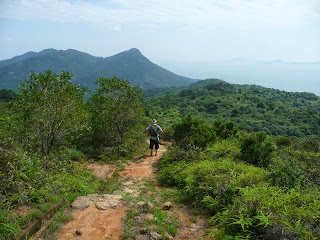 On trails and days like this one, one just has to pause
for a bit to admire the views :) 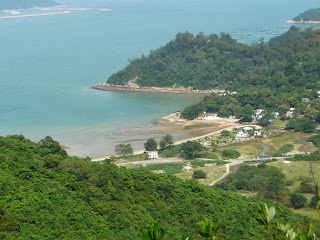 Looking down towards Chi Ma Wan 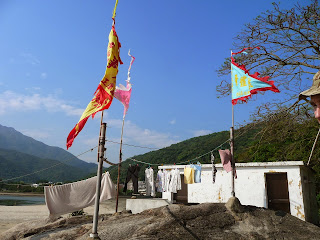 Flags fly and washing dries on the edge of Pui O 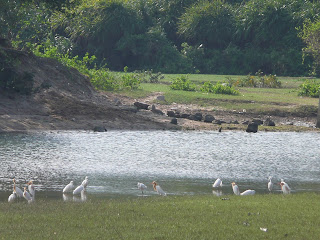 Wild birds also can be spotted on the edge
of this Lantau village! 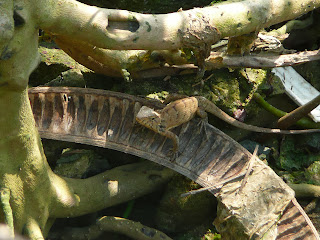 A little lizard thinks it's well camouflaged
but I managed to spot it fairly easily! :b 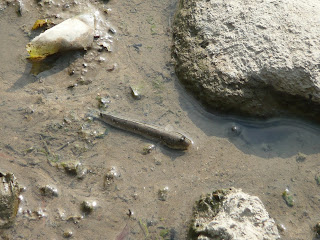 Also fairly easy to spot on the edge of the river
that we passed by was this mudskipper :)
Posted by YTSL at 8:13 PM

Good photos of nature on Lantau. It's almost enough to make one forget that this is the island that has a Disneyland and a cable car.

Since Lantau is Hong Kong's biggest island, it can fit in Disneyland, a cable car and lots of nature. BTW, would you believe it if I told you that I've never been to Hong Kong Disneyland? ;b