There's no two ways about it: the Mount Davis hike that we went on more than a year ago now will forever live in the memory of my hiking companion and I as the amazing dragonfly sex hike (for good reason as a click on this link will show!). But in all honesty, it's all special for other reasons -- including it being my 100th hike in Hong Kong.

And yes, Hong Kong Island's westernmost hill is only 269 meters high.  But on a hot summer's day, a trek up and down it makes for a satisfying afternoon excursion -- and not least because it yields some pretty cool sights along the way! :b 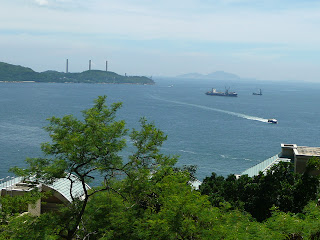 On the way up Mount Davis, we were treated to
clear views like this one of Lamma Island and another
of Hong Kong's outlying islands further in the distance 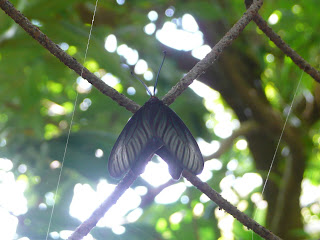 Closer up, we spotted this bug on a wire fence 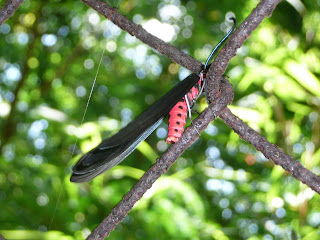 A look at the same bug from a different angle
reveals its very interesting looking body! 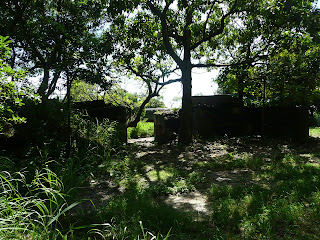 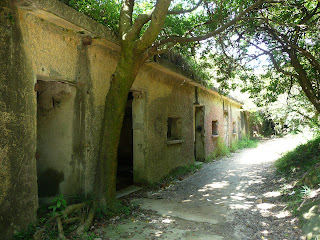 Up at the top of Mount Davis are more extensive
and better preserved military ruins -- which,  judging
from the amount of pellets lying about on the ground,
attract a fair amount of war gamers to the area 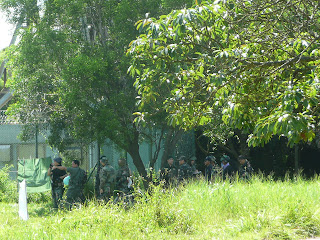 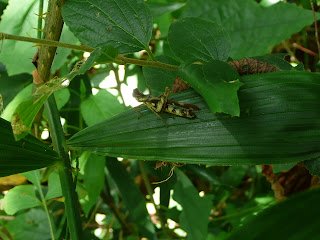 Also up on Mount Davis that day was
an interesting looking grasshopper (see it? ;b) 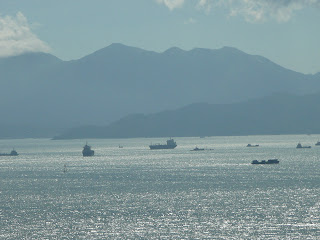 All too soon, we reached hike's end -- but of course we did
pause to enjoy (and photograph!) the sight of this beautiful scene
before getting on the bus that would take us back home
Posted by YTSL at 8:18 PM