Over the years, I've read more than one account of people having felt emotionally devastated after a visit to Hiroshima's Peace Memorial Park (which invariably includes spending time at the Hiroshima Peace Memorial Museum is located).  But rather than put off doing so until my final day in the city, I decided to make straight for the museum after checking into the hotel and then going for lunch on the first day of my most recent Japan trip.

As it turned out though, even while I did end up shedding a few tears in the museum, I actually didn't feel as upset as I thought I would be.  (Put another way: I was no where as traumatized by the experience as I was by viewing Isao Takahata's Grave of the Fireflies).  Maybe it was because I braced myself sufficiently for the horrors that I'd come across at the museum.

In addition, I reckon that it helped quite a bit to do the reverse of what many folks do: that is, my mother and I went to the museum first, then strolled from there through the Peace Memorial Park to the iconic Genbaku (aka Atomic Bomb) Dome that now serves as a peace memorial and has been a UNESCO World Heritage Site since 1996.  For this way, we saw the horrors of war first, then spent time afterwards in what actually is a peaceful, tranquil space for all of its being home to ample visual tributes to thousands of fallen folk... 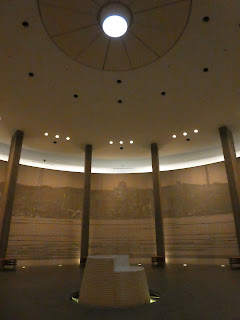 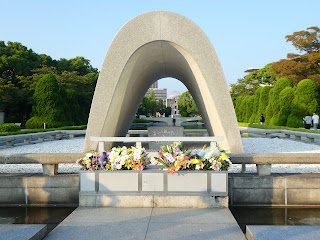 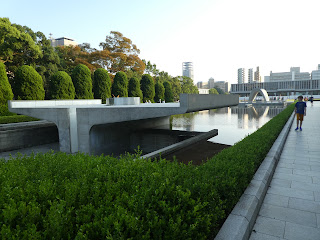 Looking back along the park's central axis at the Flame of Peace,
Cenotaph, and Hiroshima Peace Memorial Museum 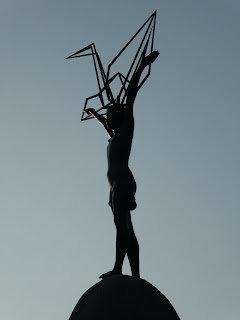 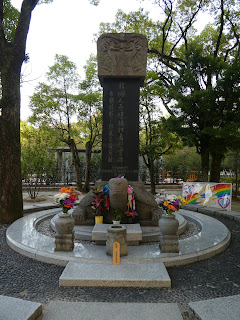 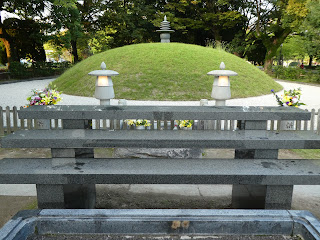 Within this memorial mound has been interred the remains of
around 70,000 victims of the atomic bomb dropped on Hiroshima 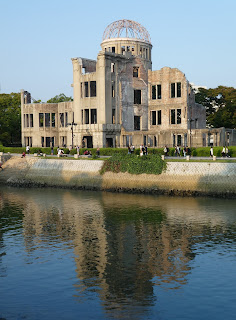 The former Hiroshima Prefectural Industrial Promotion Hall is
the only structure left standing in the 2 kilometer central area where
the atom bomb exploded over Hiroshima on August 8th, 1945 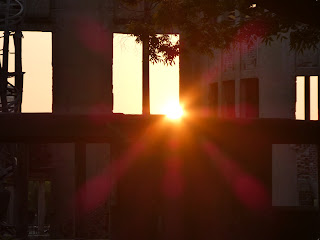 What I would like to think of as warm rays of hope (not reminders of
destructive heat) shining through what's now a symbol of people's hope
for world peace and the ultimate elimination of all nuclear weapons
Posted by YTSL at 10:31 PM

A sensitive and informative photo-essay of your Hiroshima experience. I was here back in '84 and it has remained a major experience in my life, including the unforgettable A-bomb Dome. Whenever I watch Grave of the Fireflies, I always remember Hiroshima - so, the two have melded in my consciousness.

Never heard of atomic bomb dome...Coffee is on

Thanks for the compliments. I hope you have happy memories of Hiroshima along with the sobering ones. I'm very pleased to say that I do!

I'm glad you know about it now. And do please click on and check out the relevant links on my blog post to find out more about it.