Views from and of Peng Chau (Photo-essay)

Before I moved to Hong Kong more than eight years ago now, I already had been on a few of the Big Lychee's Outer Islands.  Being on Lantau was a given on account of it being home to Hong Kong's main airport as well as the Big Buddha, more than one guidebook made a trip to Lamma seem like a "must do" and each repeat viewing of Riley Ip's Just One Look made me yearn all the more to visit Cheung Chau.

But I only learnt about Peng Chau's charms after moving to Hong Kong.  Funnily enough, the two people who heaped praise on that which at least one website has billed as "Hong Kong's underdog island" were not locals.  And both the French banker I got to talking with a pub and Taiwanese theater director-playwright Stan Lai (whose one Hong Kong-based play, Writing in Water, includes scenes set on Peng Chau) did enough to make me want to visit the island -- and on more than one occasion too, actually! ;b 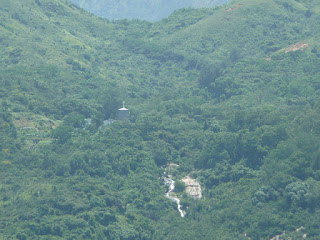 Photographic proof that one can indeed spot the
Trappist Monastery over on Lantau from Peng Chau! :) 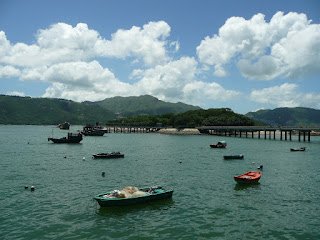 On super clear days, things can look closer than they actually
are -- and make Peng Chau and Lantau seem connected! 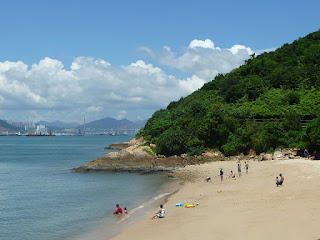 The island's not known for its beaches but this doesn't
mean that people can't have fun on one there ;) 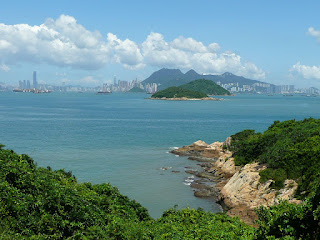 Not the usual vantage point from which people view and photograph
Kowloon, Victoria Harbour and Hong Kong Island! ;b 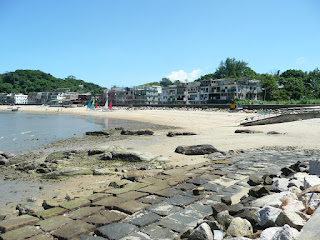 I didn't get to the quiet eastern side of Peng Chau on my first visit,
and I'd wager that many visitors to the island don't check it out either 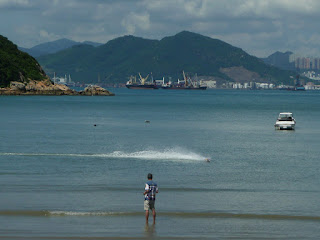 I had fun watching this man playing with his remote
control boat out on Peng Chau's Tung Wan :) 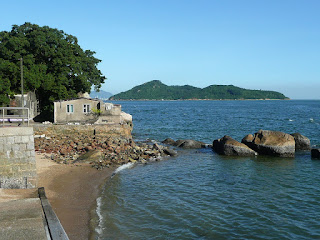 Some people may deem it unattractive but I actually think that
there's a charm to that house by the sea -- and figure
that, at the very least, it's got nice views! 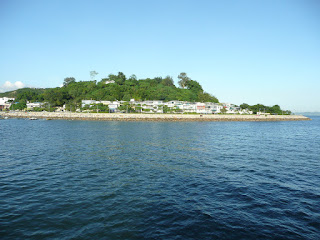 From the ferry, it's easy to see why locals
have nicknamed Peng Chau Flat Island :b
Posted by YTSL at 10:44 PM