A hike with views of the Big Buddha, Ngong Ping 360, and more! (Photo-essay)

I fell in love with the Nei Lak Shan Country Trail pretty much from the first time that I went on it; and so much so that, upon looking back at year's end, it qualified as my favorite hike of the year. I've seen gone on that trail a couple more times -- and always on a hot summer's day since it's usually several degrees cooler up on the Ngong Ping Plateau and its surroundings than much of the rest of Hong Kong.  And it was on another hot summer's day that I went there once more -- albeit with a different hiking buddy from on the previous occasions.

Because the Nei Lak Shan Country Trail is a fairly new path, and has been closed due to there being landslides in the area before being reopened some months later, many people -- even veteran Hong Kong hikers -- don't know about its existence.  I have to admit that there's a part of me that wants to keep it a secret, as I definitely don't want to see the trail get crowded.  However, I also do think it's such a nice trail, which yields lots of stunning sights, that it does deserve to have more people appreciating it... ;b 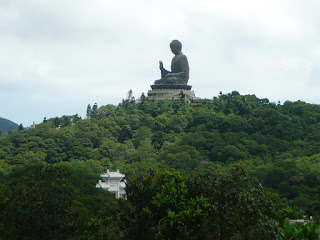 During the early part of this hike, one gets to see
the Big Buddha from a number of different angles :) 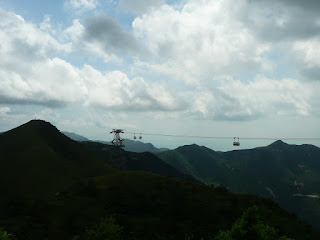 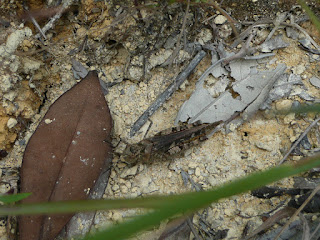 For all the grand scenic views to be had, one should also
make sure to look down, to ensure that one doesn't
accidentally step on cool critters like this cricket! 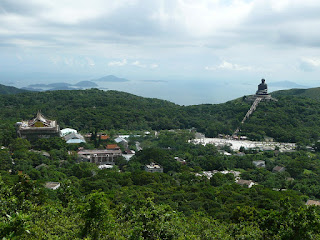 It was so clear that day that we could see a number of
the islands to the west of Lantau! :O 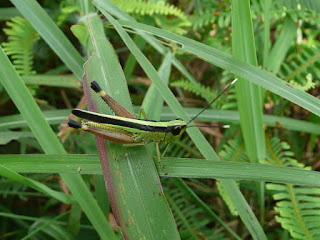 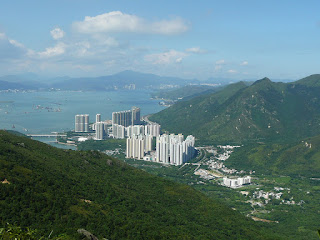 Town and country, and water, land and sky in one photo! :b 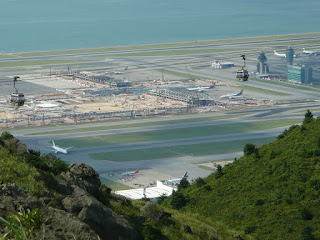 I wonder how many people at the airport, in the planes
and cable cars know that there's good hiking to be had
not that far away from where they are :) 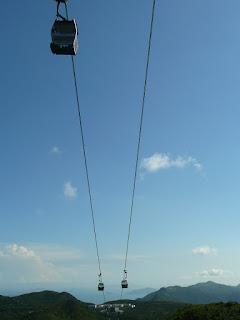 Yes, there really is a section of the hiking trail
that's directly underneath the path of the cable cars :b
Posted by YTSL at 6:11 PM

Such a pretty walk! Everytime I take the cable car I wonder how hikers actually get there!! May

One can also get to the trails you see when you take the cable car by way of the Ngong Ping 360 Rescue Trail:-

The Nei Lak Shan Country Trail is prettier and easier though! ;b

You continue to post hiking-essays that are good enough to entice me to return and view them multiple times. And, this scenic realm isn't that far from the airport!

I linked to your June 16 2011 hike. Looking at the bottom photo of your "turbaned woman" - in my imagination, she could become Lantau's version of an ancestor statue, similar to the Moai of Easter Island.

It does sound like you've been away from Hong Kong for too long! Should you come over to visit sometime soon, let's try to meet up, okay?

And teehee re your comment re the "turbaned woman". You see "her" too, right? :b