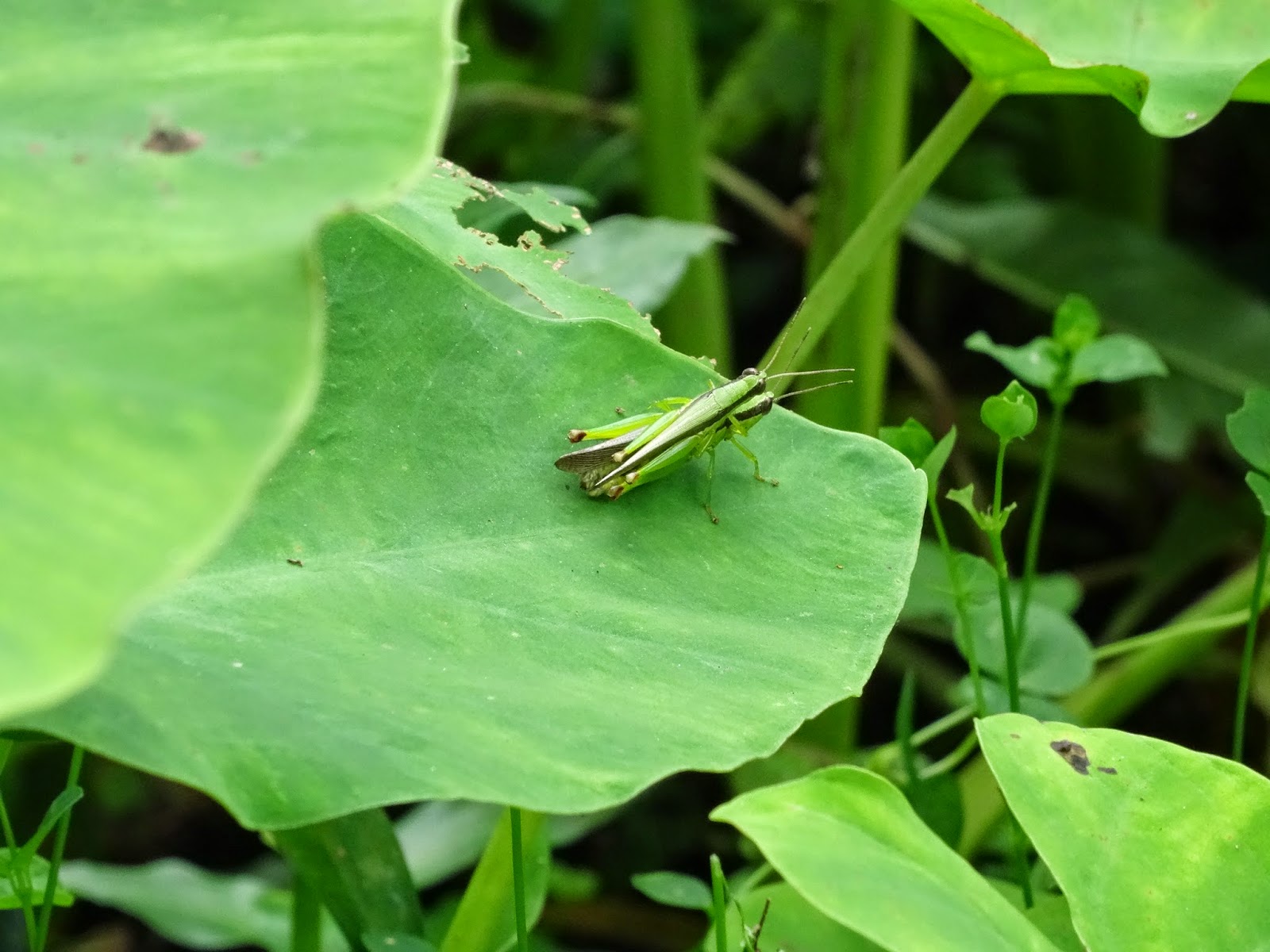 Grasshoppers spotted getting frisky --
yes, it's that time of the year! -- at Pak Sha O 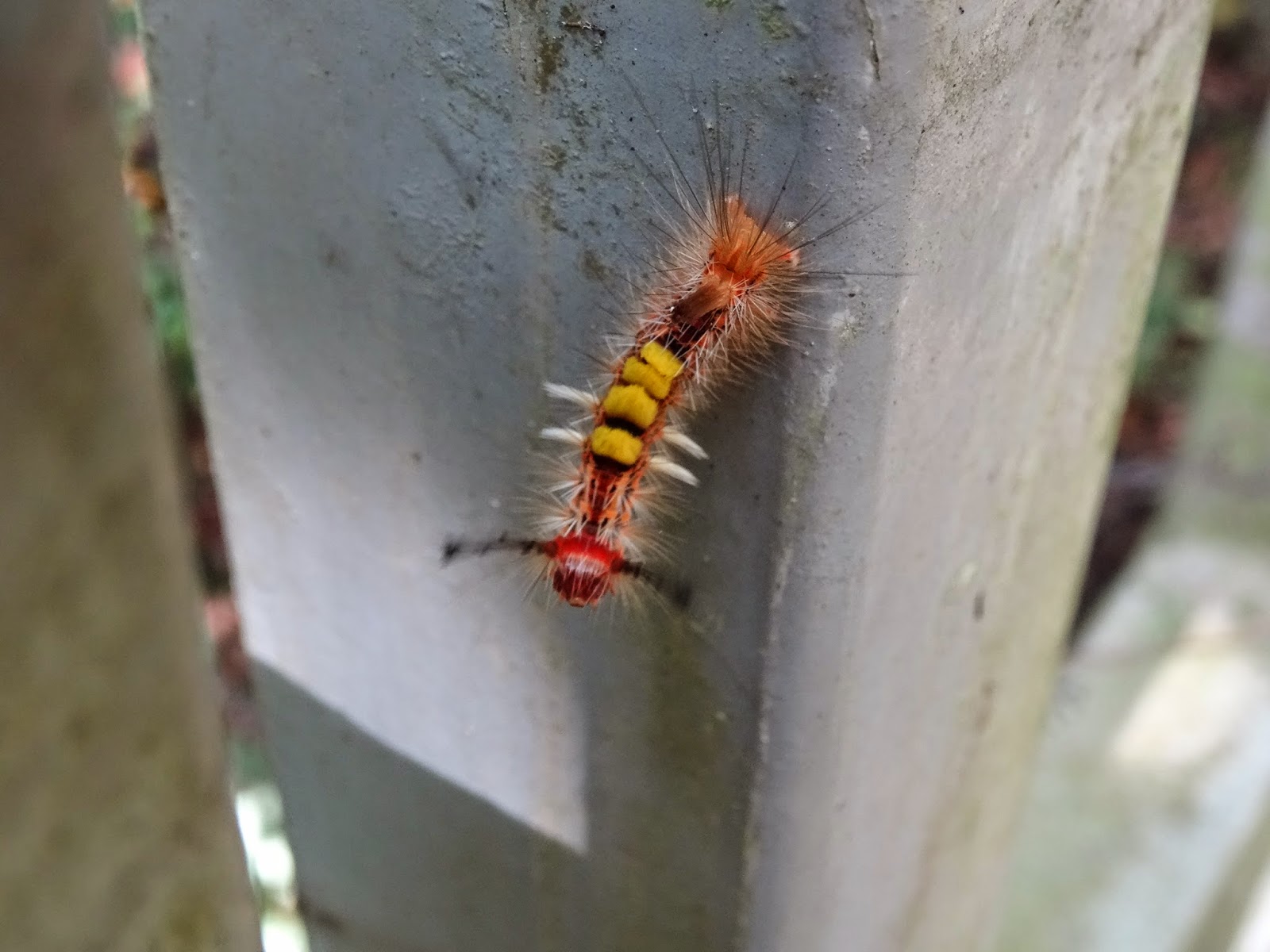 One of the more amazing looking caterpillars moving about
on what a friend and I took to calling the Caterpillar Highway ;) 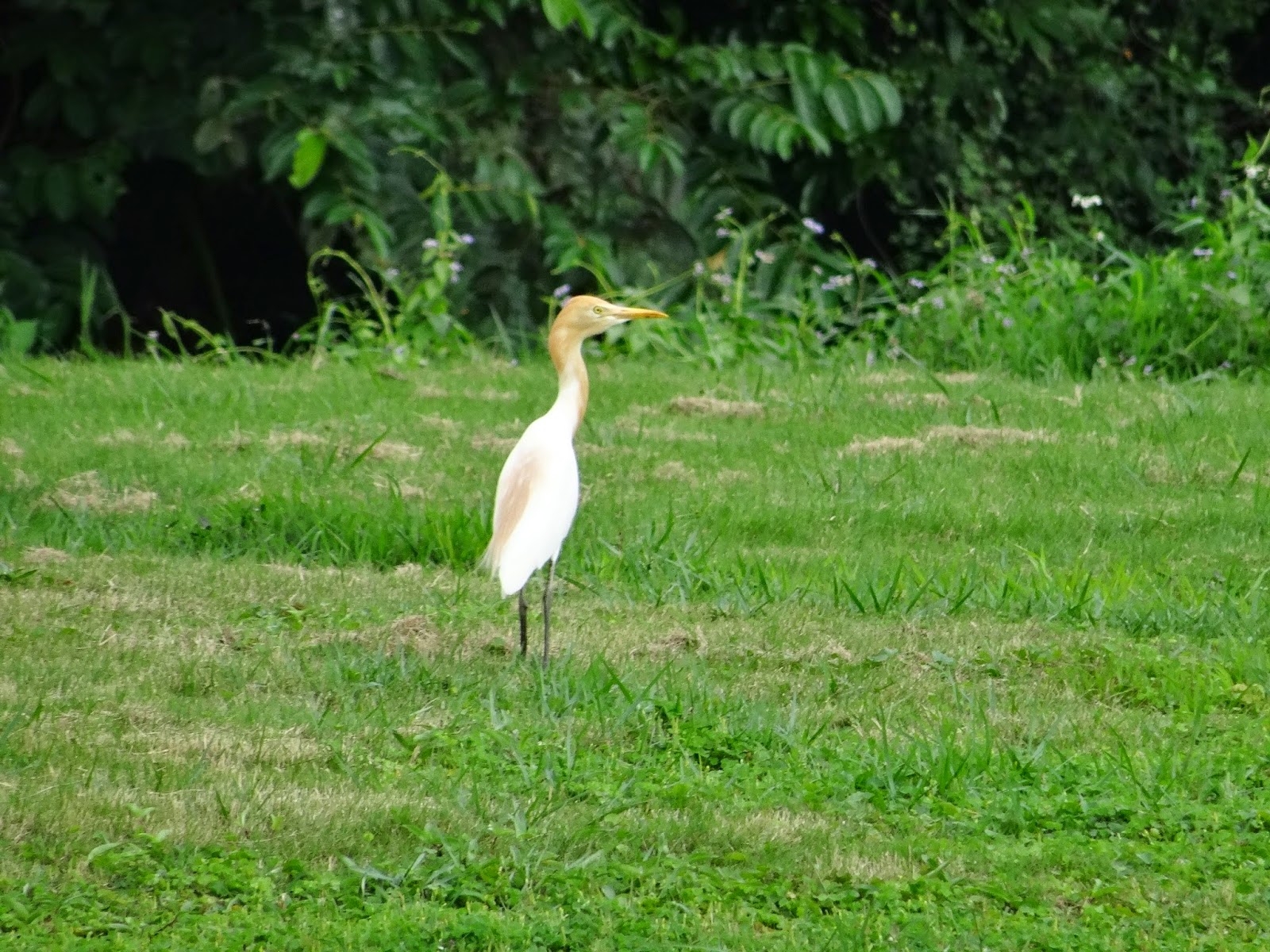 What I think is a cattle egret in breeding plumage
enjoying the green space of Sham Chung
Today was one of those days that the not always reliable Hong Kong Observatory predicted would be hot and humid, with a few showers raining on the territory.  Perhaps because they believed the weather forecast, there were fewer people out and about in the Sai Kung Peninsula than I had expected -- and, in fact, the queue at Hang Hau for the green minibus to Sai Kung town was way shorter than I thought it would be too!
But although I did see threatening grey clouds on the way to Sai Kung and after dinner this evening, the weather turned out to be rather pleasant, even if admittedly a few degrees hotter than it has been in recent weeks.  Coupled with the air being clearer and visibility consequently being higher than it has been for a while, this all made for pretty good conditions for an outdoor excursion today.
Even while there were times today when I enjoyed taking in the views though, I have to admit that critter spottings made up the highlights of this afternoon's hike from Pak Sha O to Sham Chung (whose trail I had previously done in reverse some time back).  Seconds after starting our trek, my hiking buddy and I caught sight of the first of many (small) spiders and cool caterpillars we would come across today.  In addition, on the approach to Pak Sha O village, we heard -- but didn't see -- a number of frogs and saw such as the pair of grasshoppers doing their business on a leaf as brightly green as those particular randy bugs!
When another friend and I had passed through this area a little more than a year ago now on the way to Lai Chi Chong, we got to observing so many caterpillars moving atop a set of metal railings at one point along the path that we nicknamed it Caterpillar Highway.  And it lived up to its moniker again today -- with assorted caterpillars, many of them brightly colored and on the hairy side, busily moving along it in either direction!

The previous time I had been to Sham Chung, I had my first encounter with an amazing creature that I later found out is known as the lantern bug.  This time around, I had no such luck.  Still, along with the human visitors frequenting the area this afternoon were a number of butterflies and also what I think (from online research!) are cattle egrets.
Part of me wanted to tary a while at this rural idyll but the part of me that wanted to catch a kaito out of there rather than hike some more in what was admittedly rather energy-draining heat won, so my hiking buddy and I prioritised getting to the pier before the kaito (which even on Sundays, does not stop that frequently at Sham Chung).  And yes, the boat ride was lovely -- and I do intend to blog about it (maybe as early as tomorrow)! ;b
Posted by YTSL at 10:54 PM