The first few years that I hiked up Mount Parker Road (which takes one from Quarry Bay up to Quarry Gap), the cool red-bricked building known as Woodside was not open to the public and I could only admire it from the outside.  But after it came to house the AFCD Woodside Biodiversity Education Centre, I got to finally see the historical building's interior as well as to check out the biodiversity education centre's exhibits.

And although I didn't spot any snakes outside of Woodside that day, I thought it appropriate that I did spot quite a number of interesting critters as well as natural sights after my visit that attest to Hong Kong really being a place where biodiversity really can be found and quite easily observed! ;b 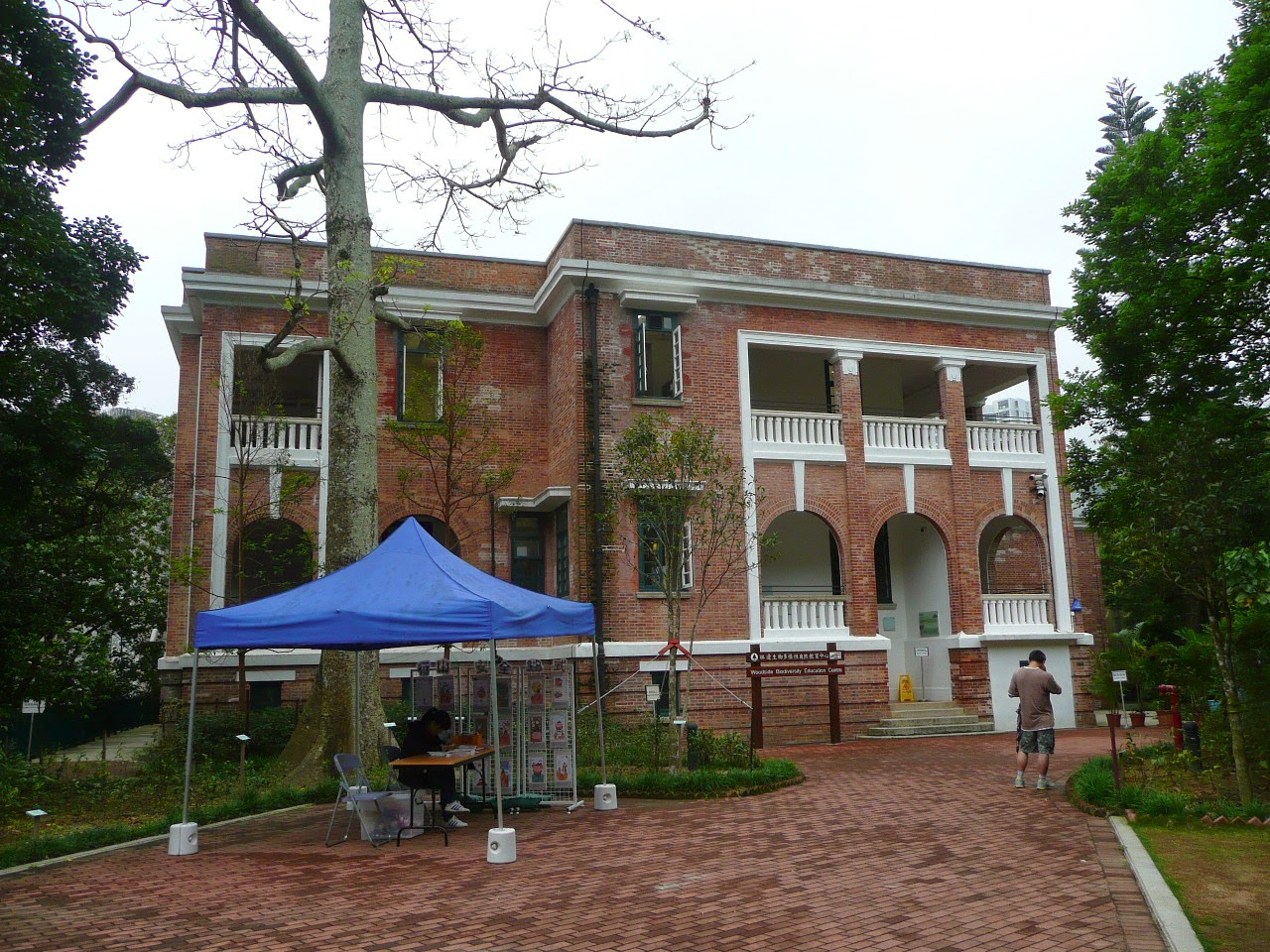 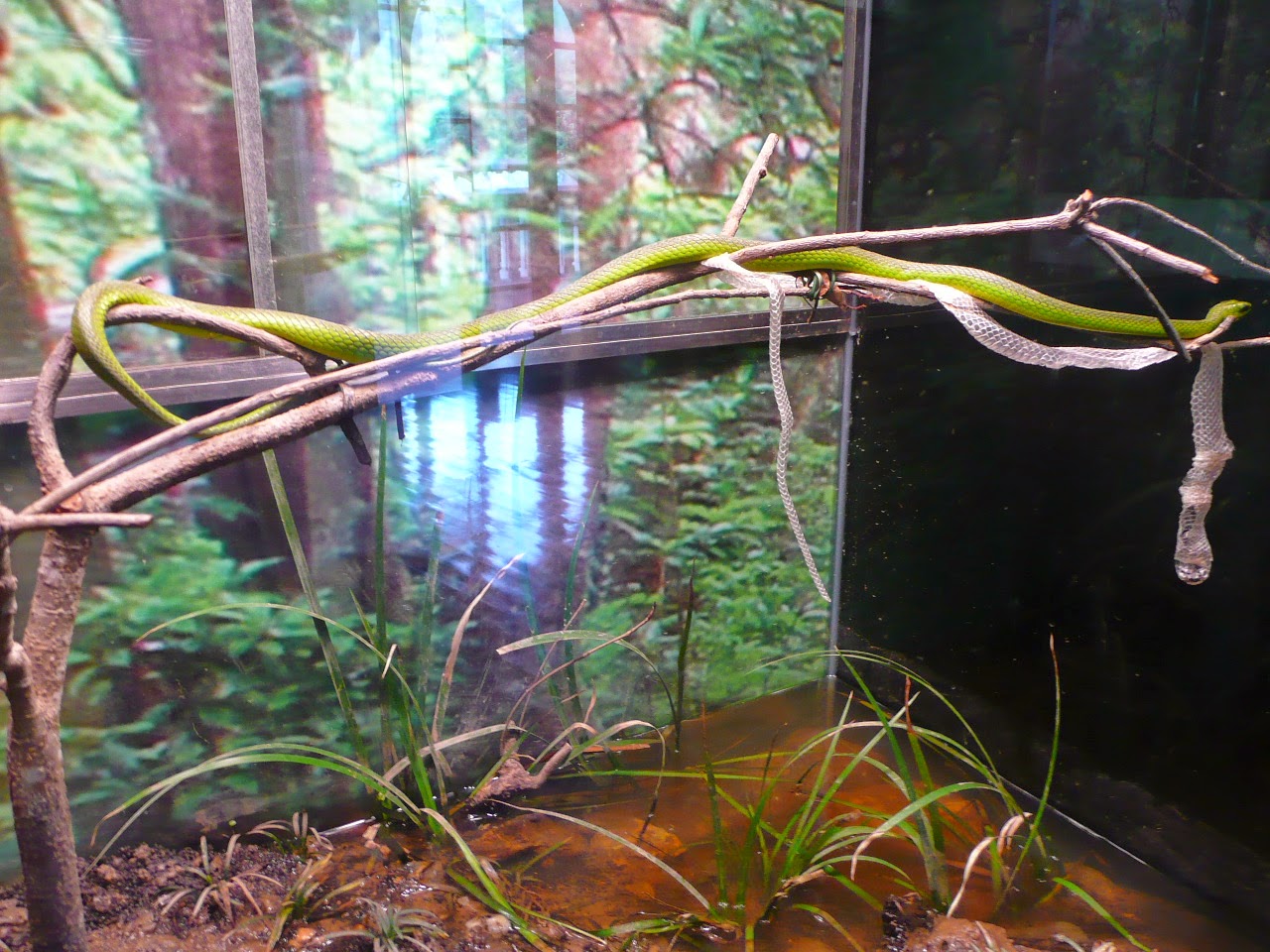 The Woodside Biodiversity Education Centre has some live animals
on exhibit, including this green snake which had recently shade its skin! 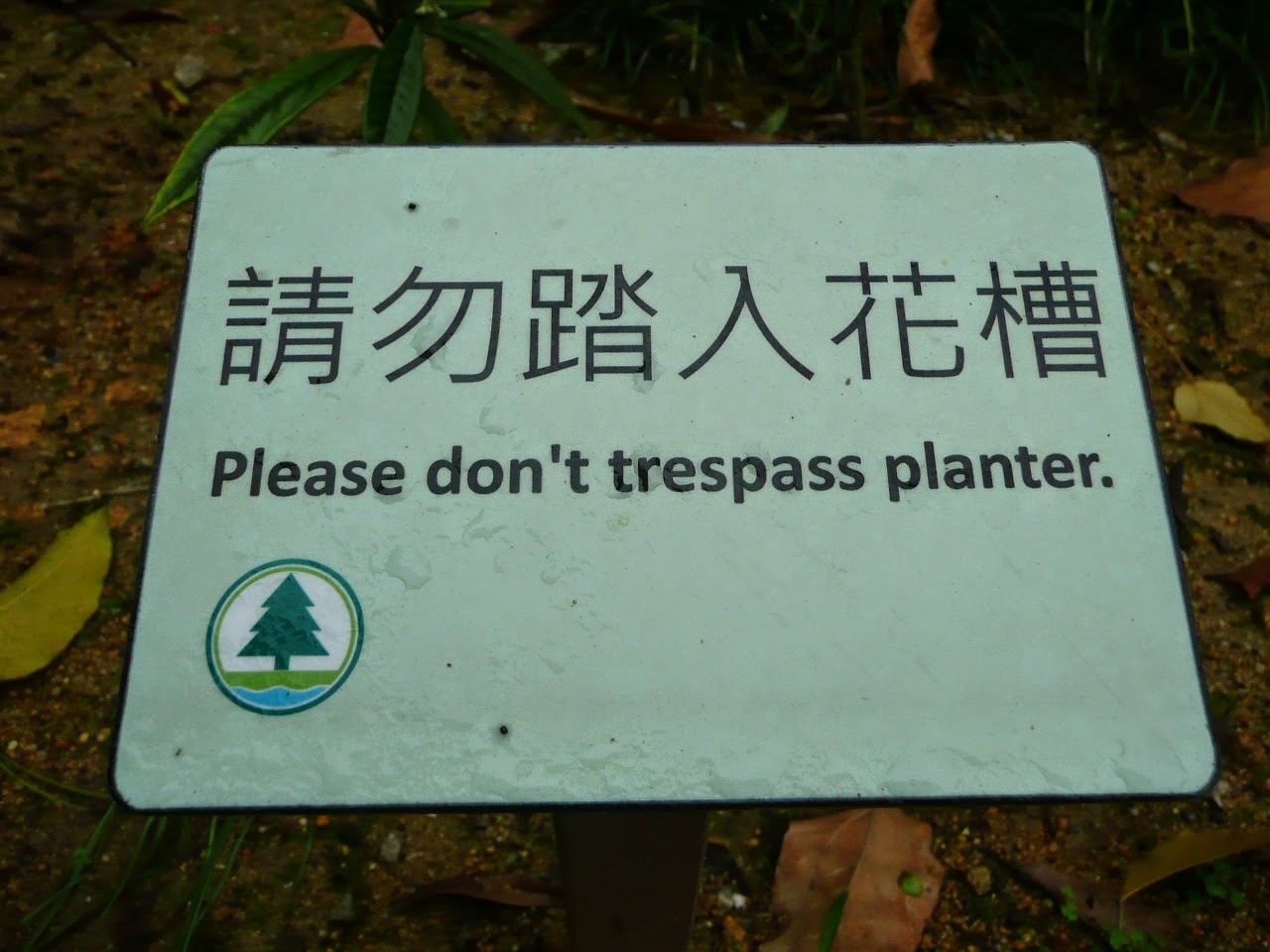 Within the grounds of the centre was this sign whose
garbled English I found rather amusing ;) 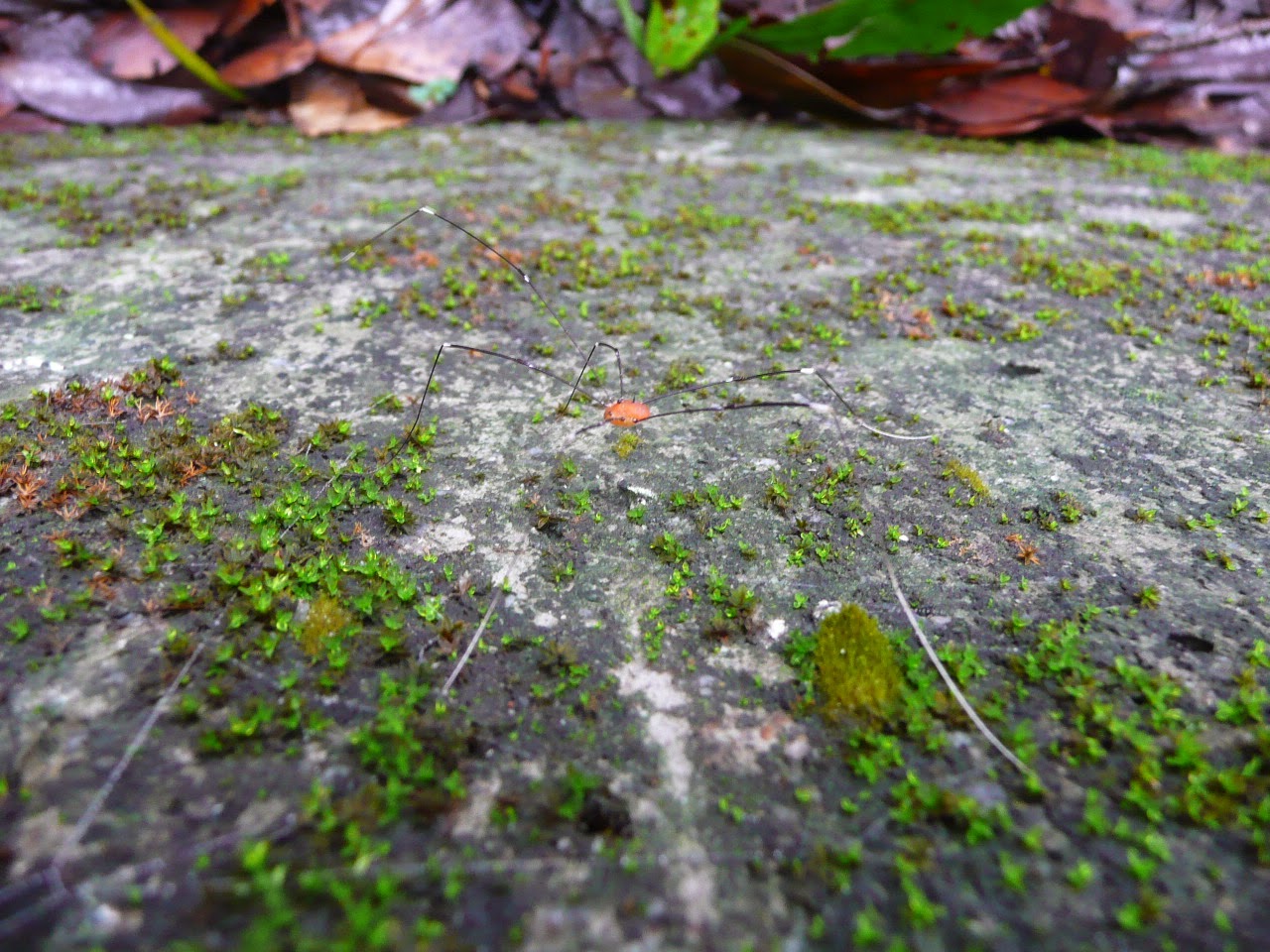 Minutes after I left the biodiversity education centre,
I came across this long-legged example of biodiversity ;b 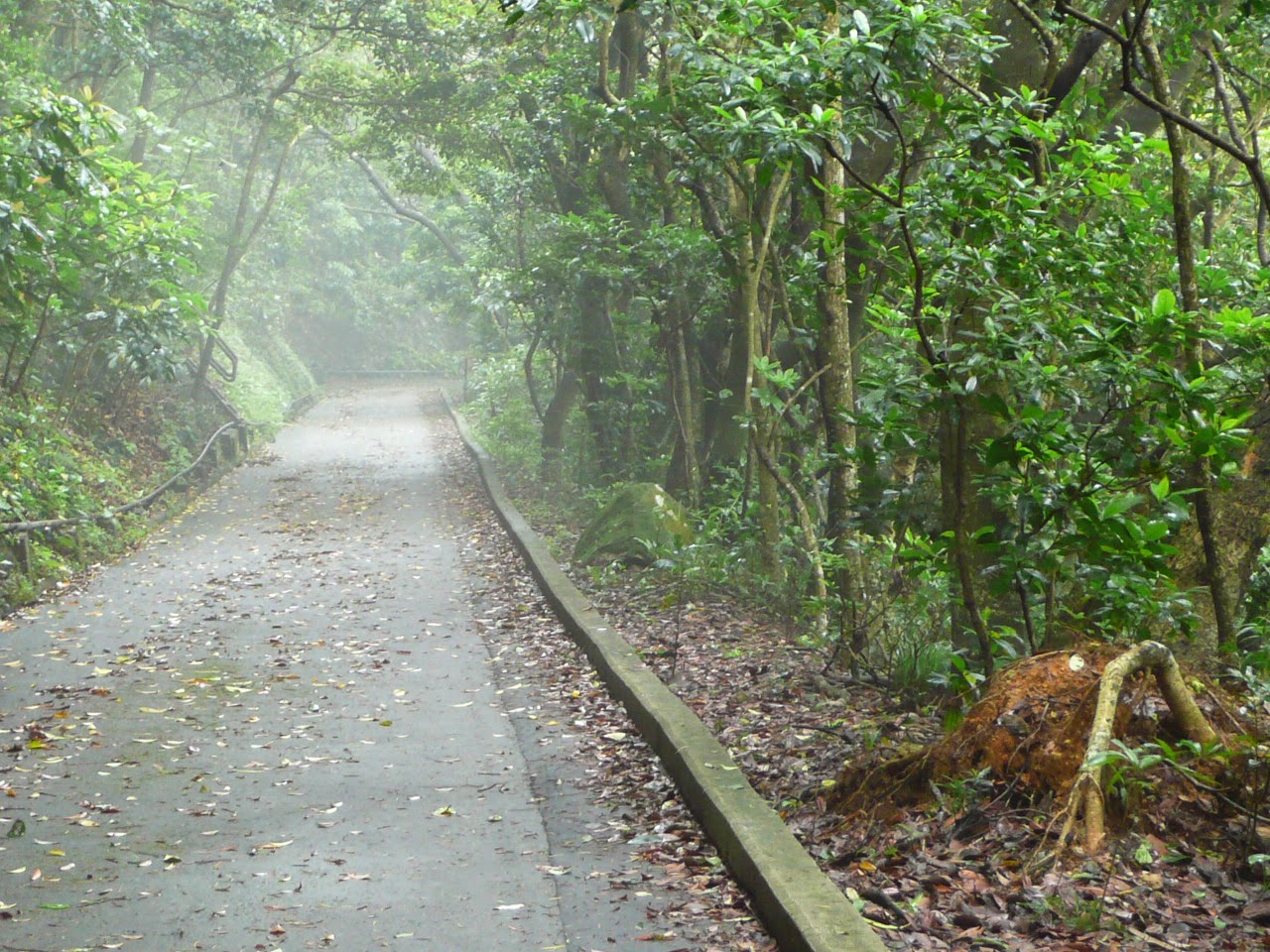 Believe it or not, I found the mist up near the top of Mount Parker
to be creepier than that long-legged arachnid! 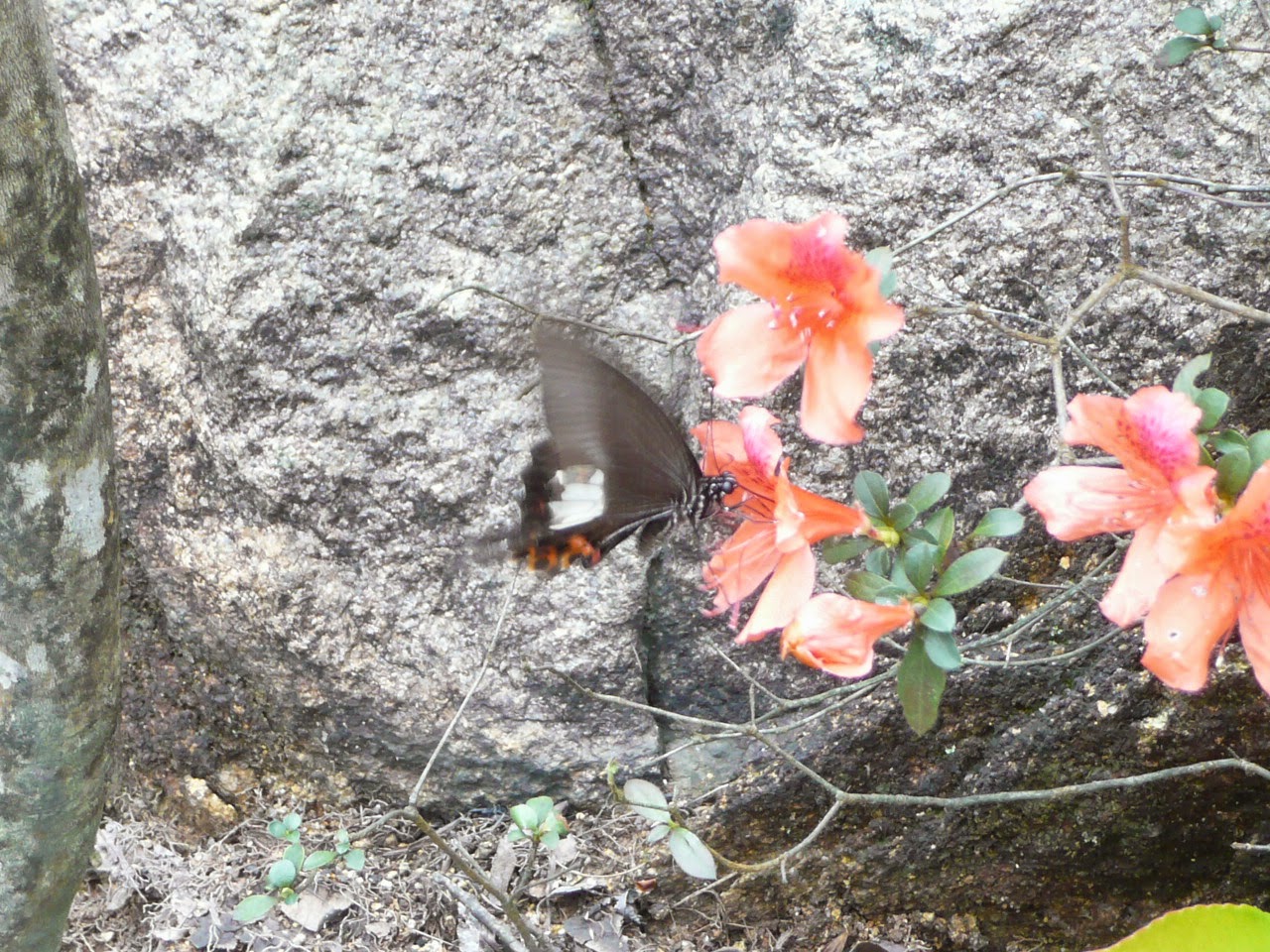 I wish I got a sharper photo of this beautiful butterfly
but it just wouldn't stop flapping its wings! 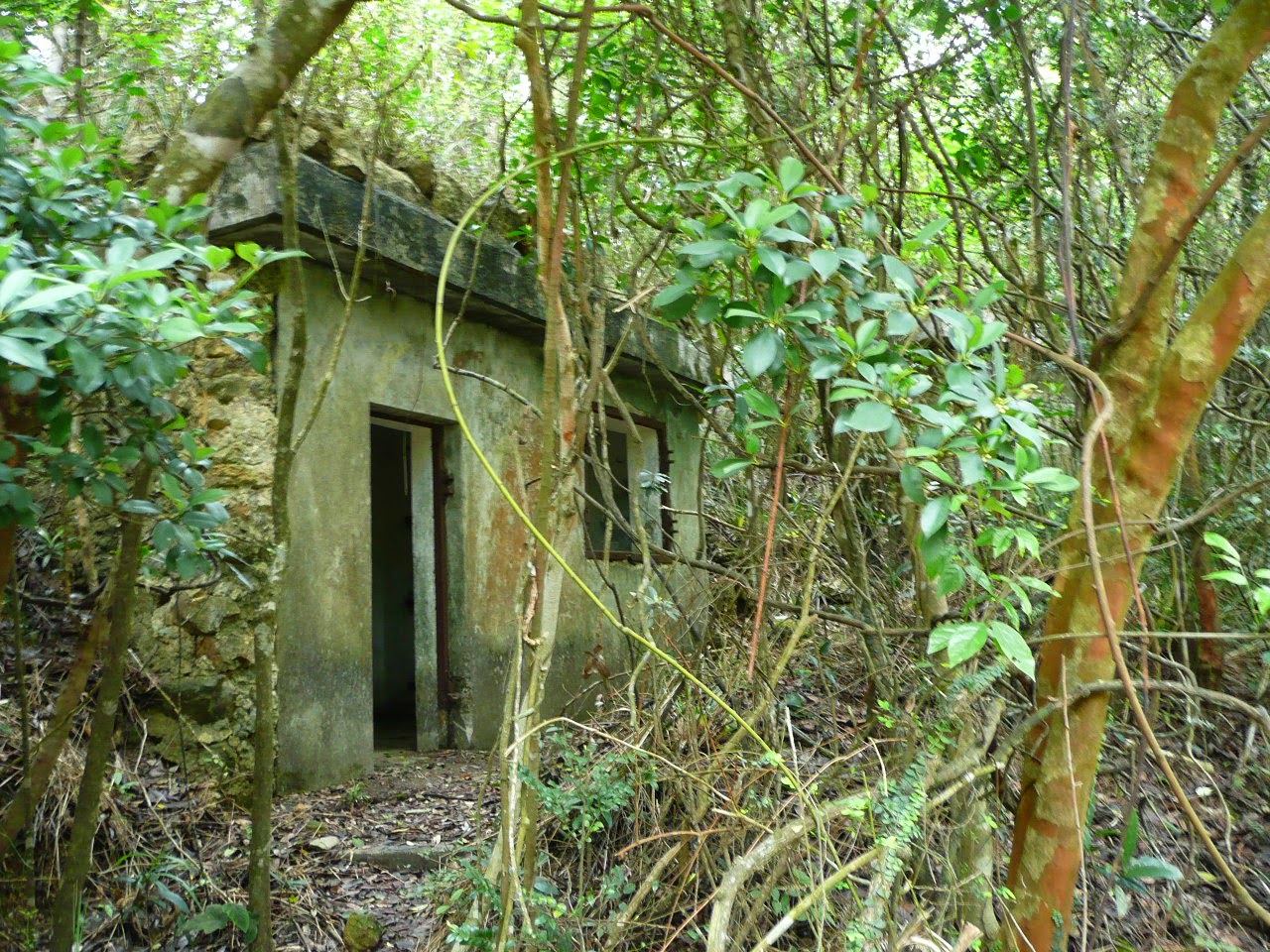 Upon venturing down a path I previously had never been on,
I came across buildings that I got to thinking may date back
to the second world war -- or have been in use then 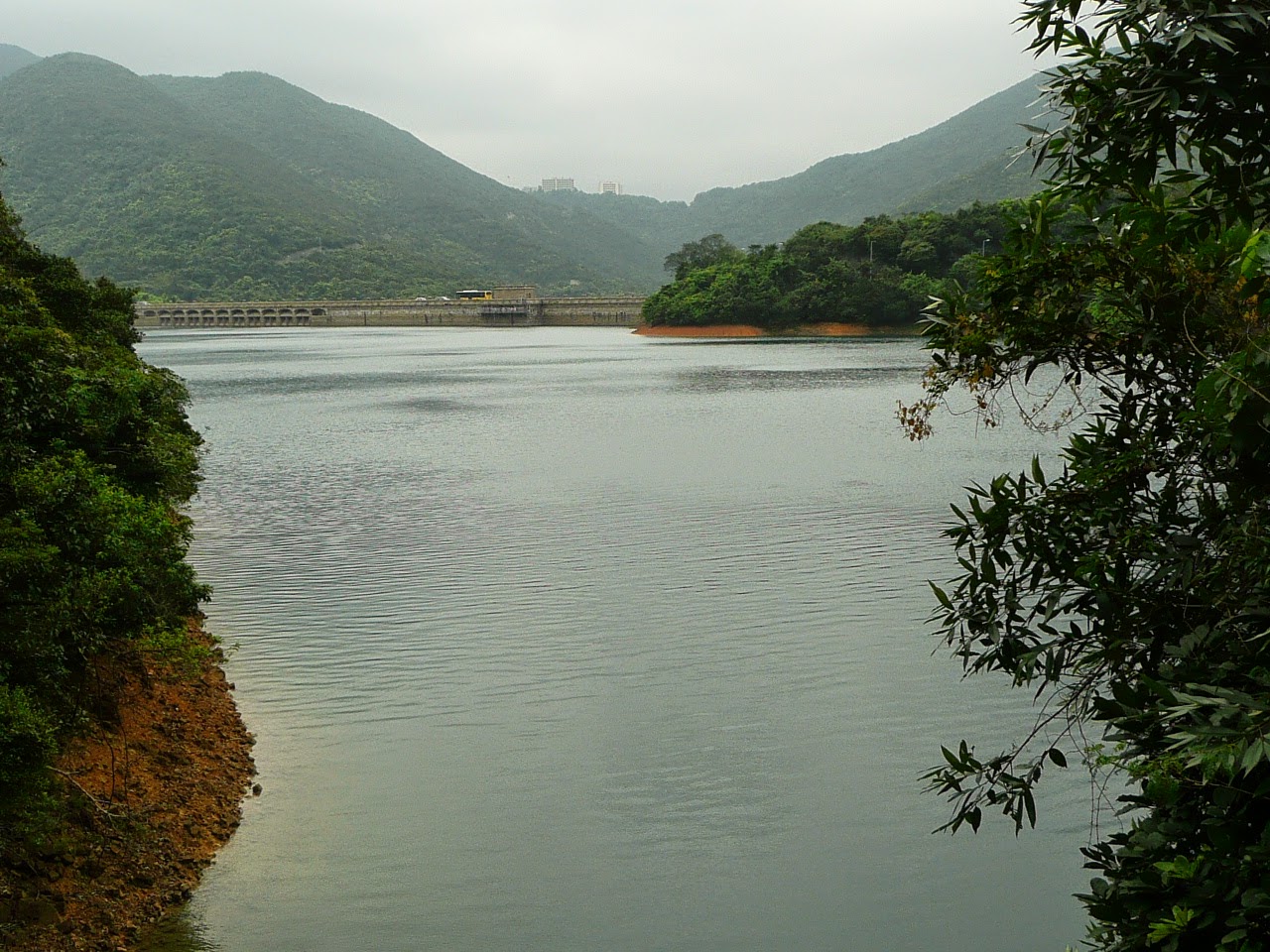 My hike took me all the way to the Tai Tam Tuk Reservoirs
and Tai Tam Road -- and I have to say that I find it impossible
to resist the urge to take photos of the former :)
Posted by YTSL at 11:37 PM

I'm glad you got as much from checking out my photos as you did. I have to admit that the mist was so eerie that I turned back instead of making my way up Mount Parker that day. If I hadn't done so though, I wouldn't have gone on the path where I saw the abandoned buildings that day, so I guess it all worked out in the end. :)

Just stumbled on this post, and thought you might like to know that what you have in one of your photos isn't a spider, but rather a distant relative called a Harvestman. I remember them well from my time in Hong Kong. Thanks for sharing! :)

Thanks for the Harvestman ID. Have duly corrected the info in my blog post. :)