Commemorating the birthday of Tin Hau (AKA Mother-Ancestor) (Photo-essay)

In many -- but not all -- countries in the world, today's Mother's Day.  And as it so happens, tomorrow's the birthday of Tin Hau (the Chinese goddess of the sea who also happens to be known as Matsu, A-Ma or other linguistic variations of the title Mother-Ancestor).

In Hong Kong, where there are over 100 temples dedicated to her, the festive celebrations have already begun in various locations, including the Tai Miu at Joss House Bay which is the territory's oldest and largest -- and which I've visited a few times post-hike and also on Tin Hau's Birthday in 2010.  And in the goddess's honor, here's a photo-essay consisting of snaps taken of and at Tin Hau temples in various parts of the Big Lychee taken over the years... :) 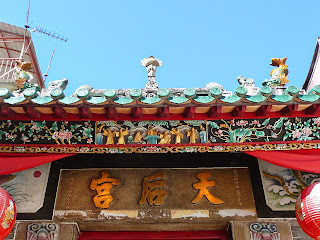 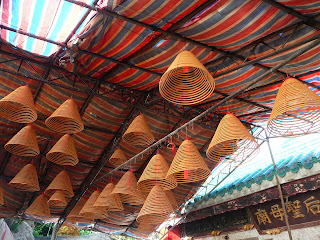 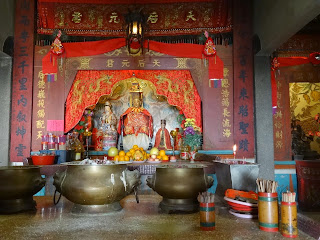 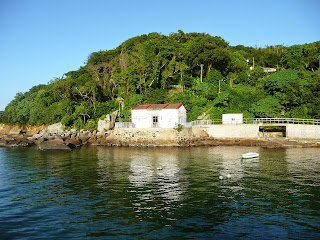 Tung Lung Chau's Tin Hau temple is one of the smallest 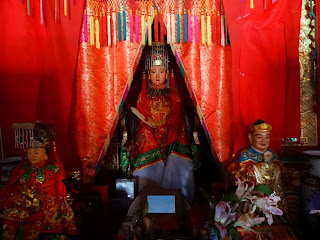 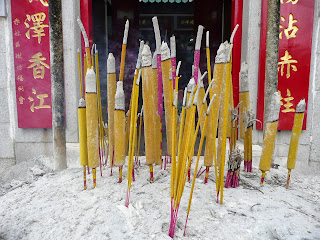 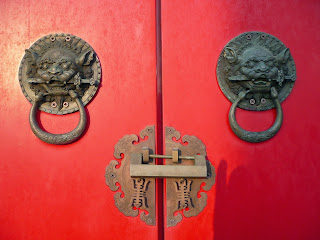 I love the door ornaments on -- and color of --
the main door of Joss House Bay's Tai Miu! 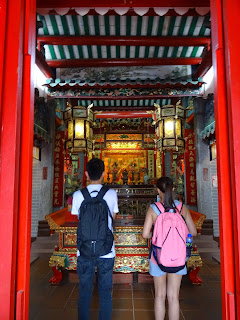 Thanks for an excellent photo-essay tribute to Tin Hau, a "Mother-Ancestor" deity who would be close to the hearts of many Asian residents or travelers, like myself...I also like the many ornate Matsu temples in Taiwan...I've seen some of the Hong Kong temples you mention, but I would like to see the Peng Chau, Po Toi, and Tap Mun Tin Hau temples.

The one I long to see more than any other and which you do mention, is the one in Joss House Bay, especially because of its coastal setting...I also recall liking the calligraphy on the rocks at A-Ma Temple, Macao.

You're welcome and I'm glad you like the Tin Hau photo-essay.

Re the Po Toi Tin Hau temple: I take it that you know of it having been mentioned in John le Carre's "The Honourable Schoolboy", right? :)

I think my favorite of the Tin Hau temples I've visited in Hong Kong are those at Tap Mun and Joss House Bay. Hope you get to them and the others on your list some time in the future.

No, I didn't know that Po Toi's Tin Hau Temple was mentioned in the Honourable Schoolboy. I've never read this book, although I do have it in a box marked "books to read." Well, now I'm motivated to read it.

Parts of "The Honourable Schoolboy" are from a time so distant now that the Hong Kong written about seems so foreign but other parts are still recognizably Hong Kong. Hope you enjoy when you finally get to reading it. :)