Visiting yet another UNESCO World Heritage-listed site in South Korea 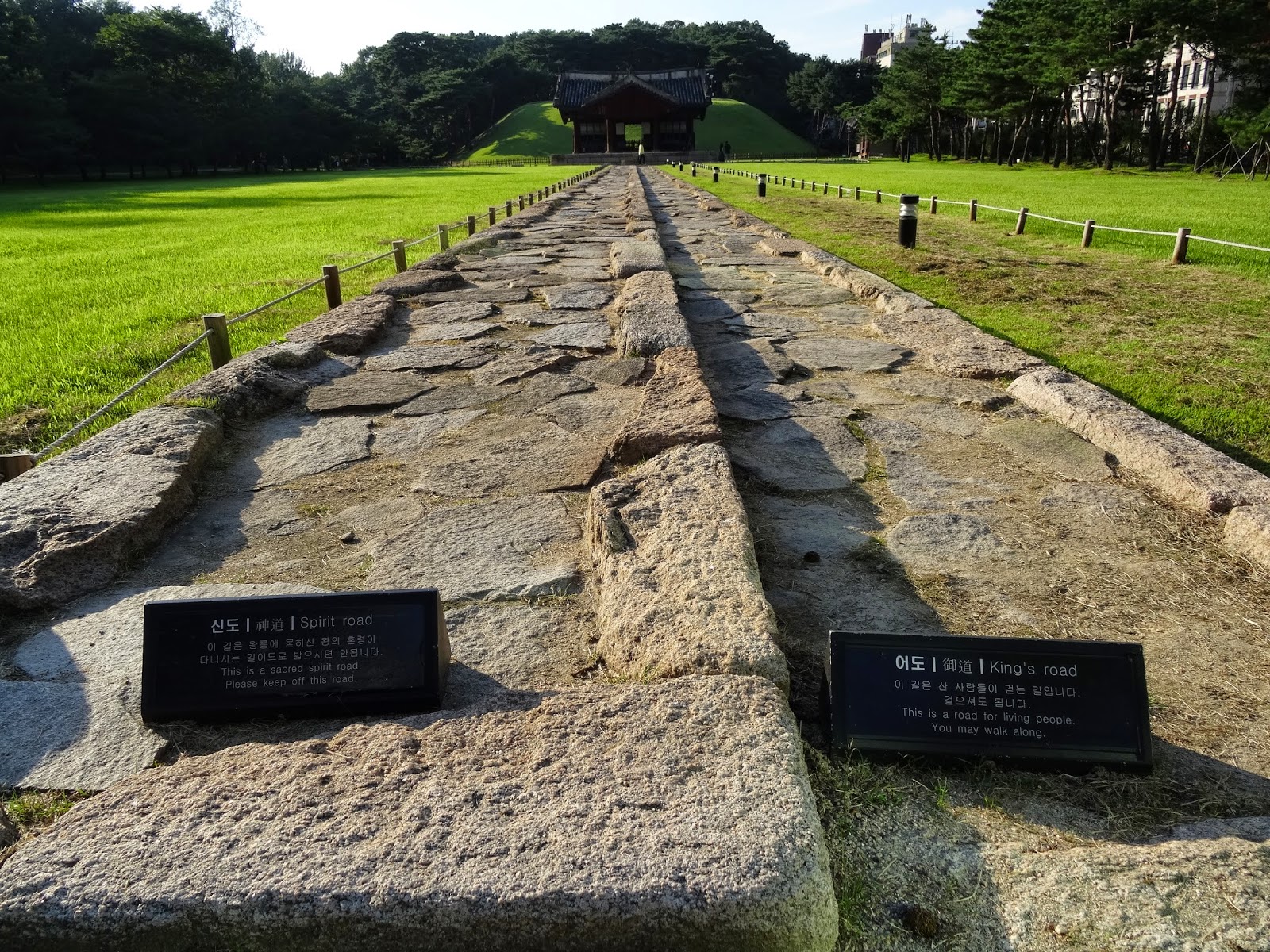 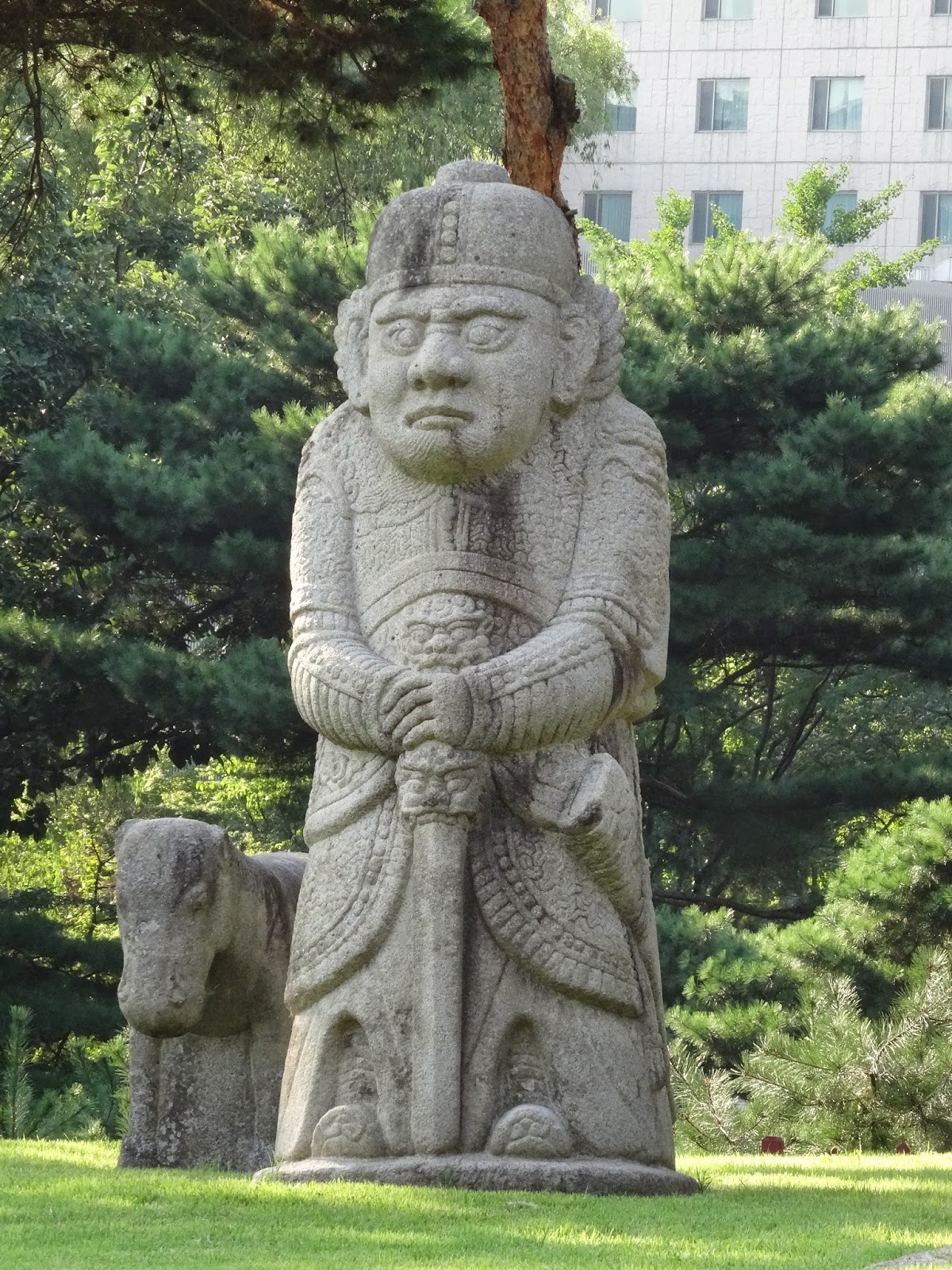 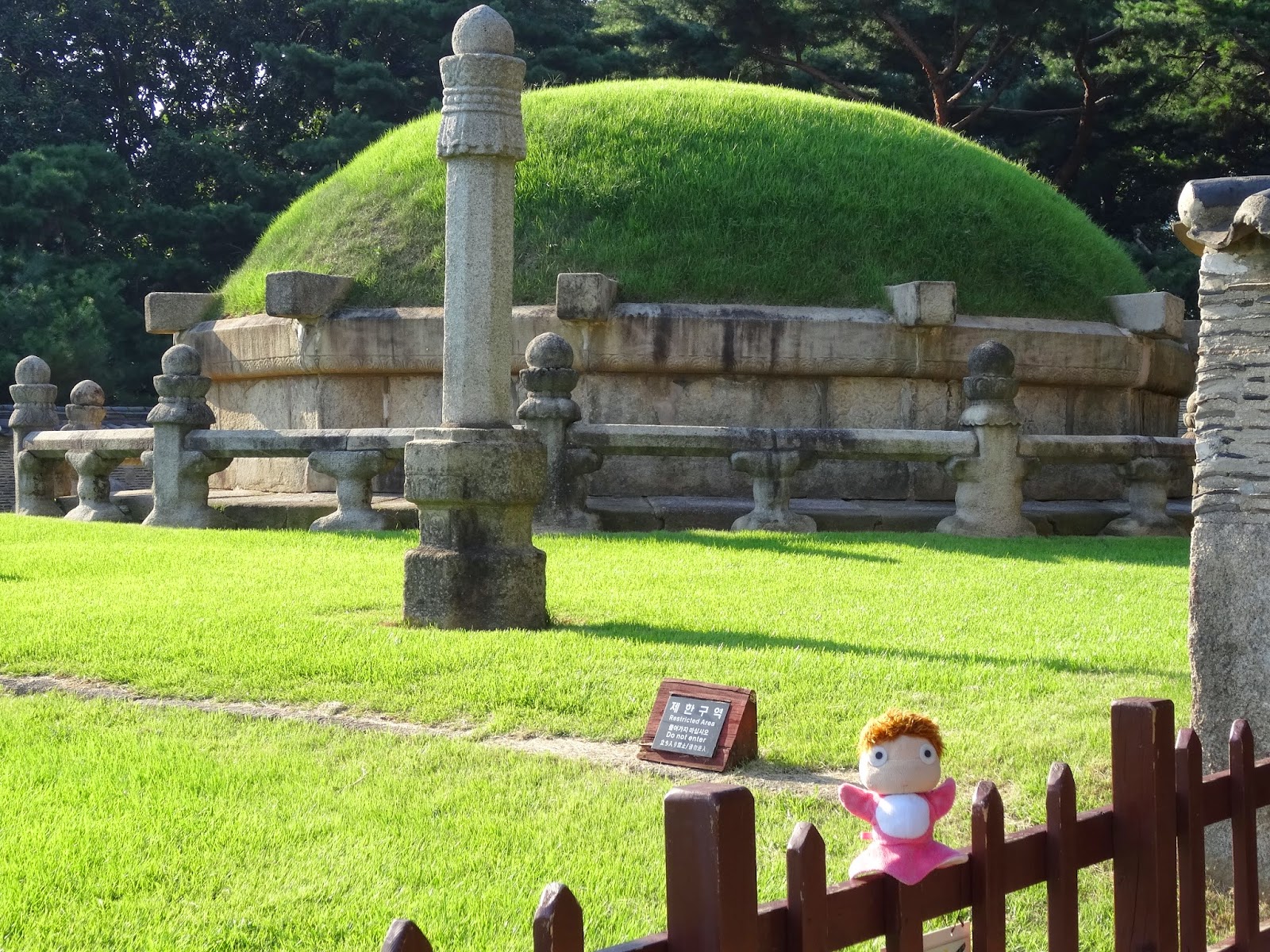 Puppet Ponyo at the tomb of King Seongjong,
father of King Jungjong and husband of Queen Jeonghyeon

For the final full day of my recent Korean vacation, my plan involved going to Ganghwado to, among other things, visit its UNESCO World Heritage-listed Dolmen site.  In what turned out to be a fortuituos occurence though, I belatedly discovered that the Seoul bus station that I had planned to take a bus to Ganghwado to had been relocated!  And the result was a new itinerary that ended up including the colorful artistic jewel that's Bongeunsa, the fun COEX Aquarium, and another of South Korea's 11 UNESCO World Heritage-listed sites: the royal tombs of the Joseon Dynasty.

More specifically, with my mother (and Puppet Ponyo) in tow, I ended up having one more South Korean UNESCO World Heritage-listed site to add to the list of those I previously visited (i.e., Suwon's Hwaseong Fortress, and Seoul's Jongmyo Shrine and Changdeokgung palace) by way of our paying a visit to the Royal Tombs of Kings Seongjong and Jungjong, and Queen Jeyonghyeon that are located in a lovely wooded park-like section the Gangnam area of southern Seoul.

At the Royal Tombs History Centre, we met a man who beamed with pride and pleasure to discover that foreigners had come to visit the royal tombs.  While I've met many of his friendly equivalents in Japan, I have to say that he was the first Korean man my mother and I encountered who honestly appeared to be full of enthusiasm about his country's cultural heritage, and the fact that we wanted to know more about it.

In contrast, most of the other people my mother and I saw in the area seemed to treasure this UNESCO World Heritage site more for its being a green oasis in the middle of super built-up Seoul -- with a number of people there looking to be there do some exercise (by way of walking or jogging mixed with stretching) or for romance (with quite a few pairs of lovers seated on benches whispering sweet nothings to each other)!

For my part, I did find the tombs to be interesting -- if less accessible than I would like, with the tomb of King Jungjong, in particular, being only viewable from a distance.  Still, it's not just the green mounds and the stone figures that were erected near them that make up the tomb complex but also the surrounding woodland -- and the Worship Roads, with their fascinating division into sections designed for spirits (which humans continue to be discouraged from walking along) and royalty (which now are accessible to commoners)!
From the free pamphlet provided, it was interesting to learn that none of the 42 Joseon royal tombs -- two of which are located in what's now North Korea -- have been damaged or destroyed in the years since they were built -- years that included the Korean War years that saw fierce fighting in much of the Korean Peninsula.  Beyond luck, it appears to be a sign of the respect accorded royal members of the Joseon Dynasty, one that ruled over the Korea Peninsula for an impressive 519 years.
Posted by YTSL at 10:16 PM

I never had much of a desire to return to Seoul for a second visit, but after reading your Korean travel entries - my mind has been changed. There are obviously many interesting places to visit, including this World Heritage-listed site.

The stone figure of the "military official" reminds me of the stone guardian figures of the Ming Tombs, outside Beijing...The irresistible pose of Puppet Ponyo is a prime example of why she enhances any location and captivates me...And I believe there is a certain fish at the Coex Aquarium who hopes Puppet Ponyo will return one day.

Puppet Ponyo and I have just returned from another Japan trip. I have to say that while I did enjoy my early September trip to Seoul, the Japan trip was at another, way higher level in terms of enjoyment!

But yes, it's true that Seoul may be more attractive than you had thought. :)