With large swathes of Hong Kong designated as country park land, some people might think that all of the territory's hiking trails are located within its 24 country parks (and 11 designated "special areas").  But that's actually not the case -- with such as Po Toi not being under the jurisdiction of the Agricultural, Fisheries and Conservation Department whose responsibilities include administering the country parks.

It stands to reason that the hiking trails within the country parks are usually the better maintained and also signposted.  Despite Po Toi not being covered by a country park (or more), however, certain sections of trail are pretty well maintained and signposted -- and, as would be expected, are popular among visitors to the island.

But Po Toi's Rugged Trail definitely is more rugged than those other sections of trail -- and a route less travelled as well.  Consequently, going along on it can feel like quite the adventure -- and my finally doing so giving me a nice sense of accomplishment as well as no amount of exhilaration! :) 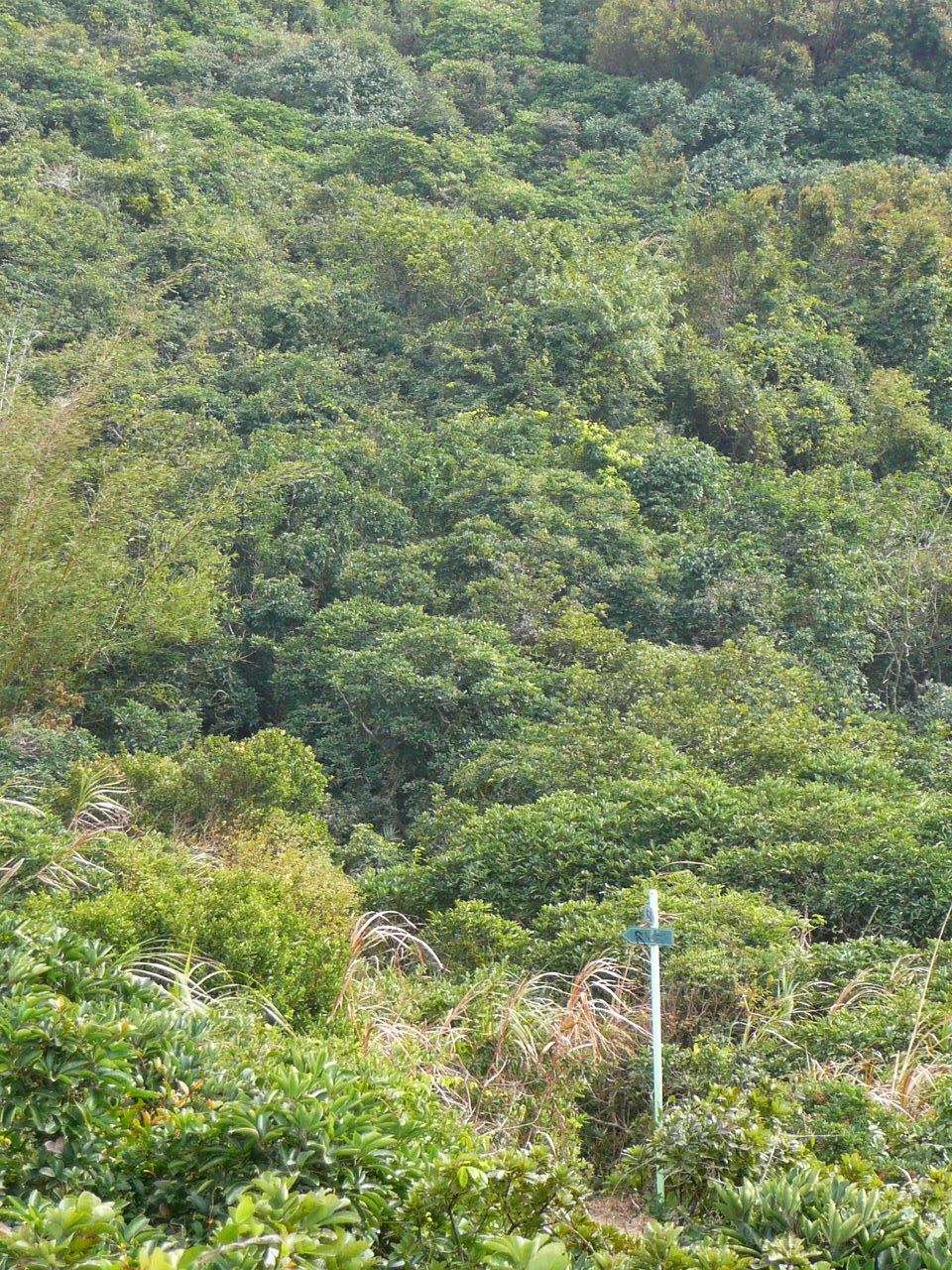 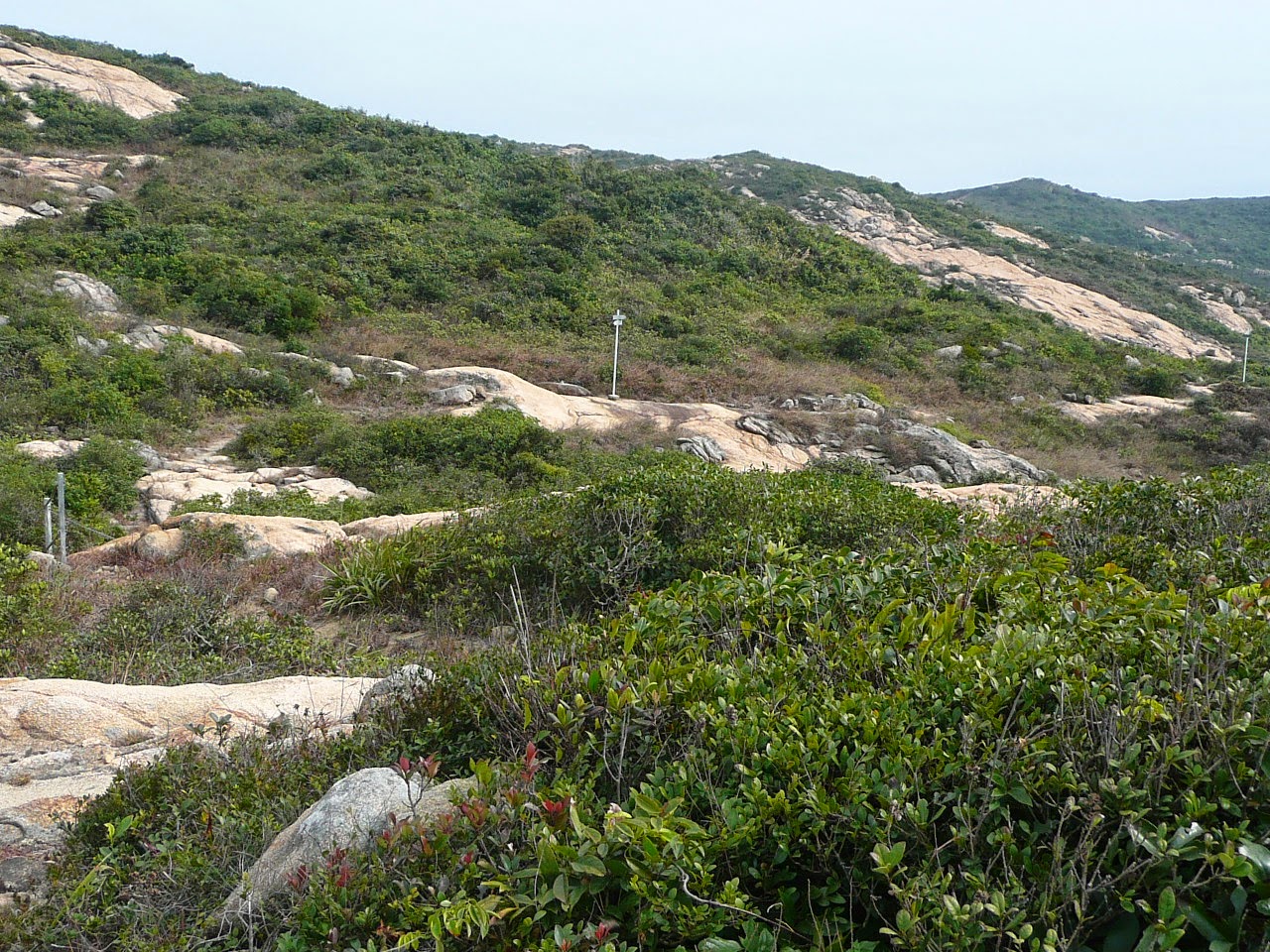 Just look for the tall signposts erected at good intervals
though -- and you'll be able to find your way along the trail! 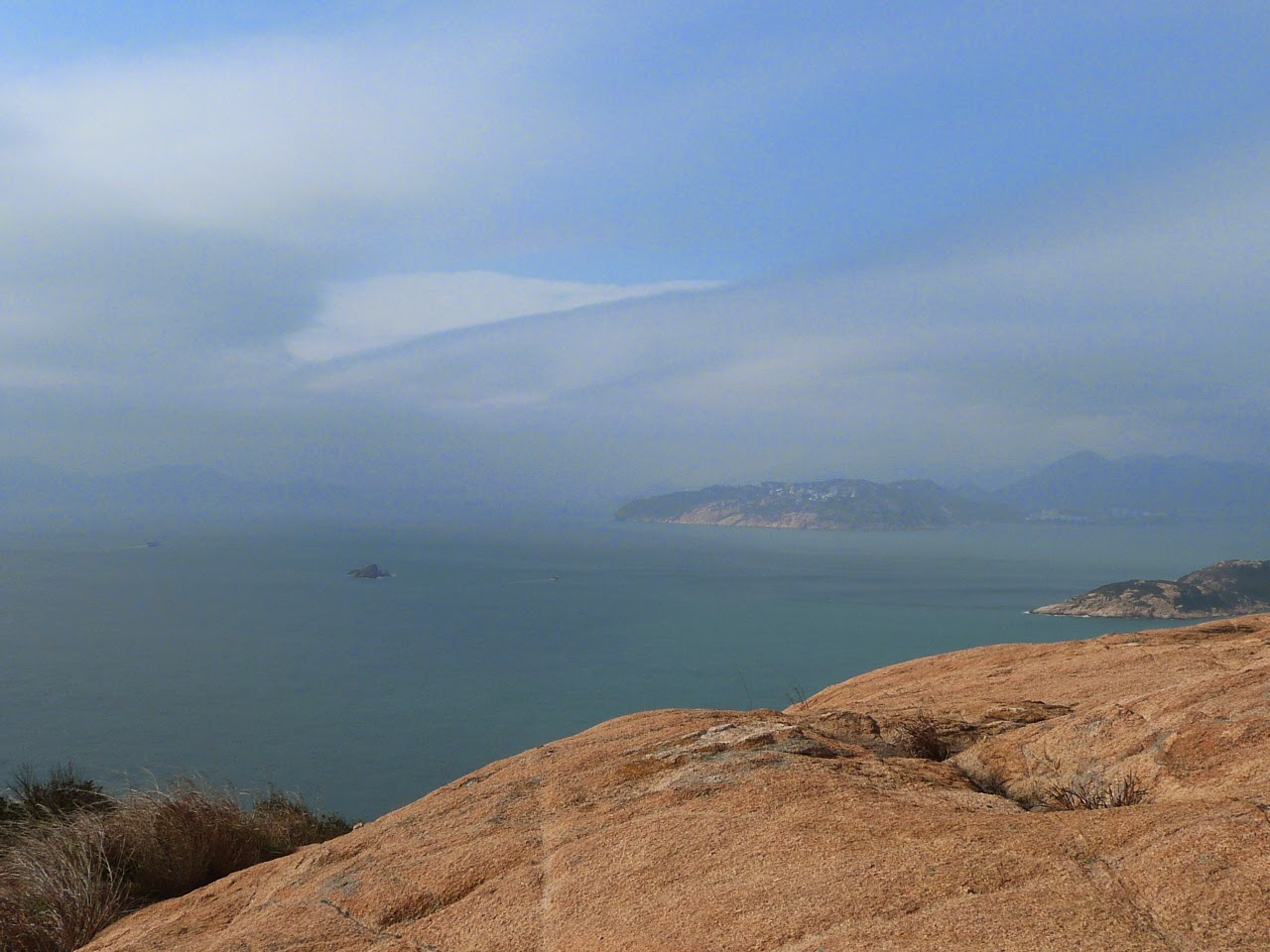 Don't get overly fixated on looking for the signposts though
-- and, instead, take time to look about you and take in
the views every once in a while along the trail! 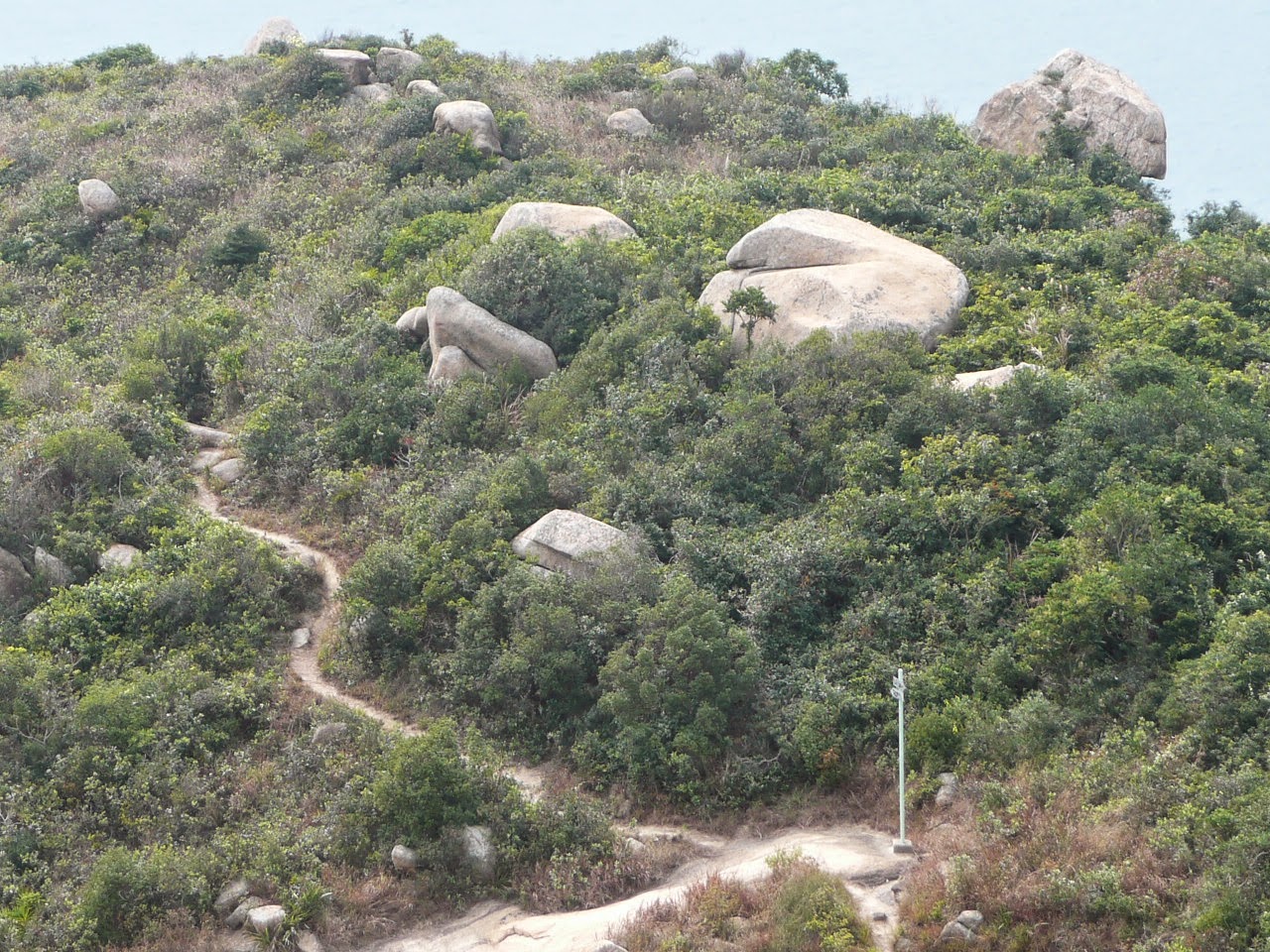 Also have fun with your imagination when beholding
the many interesting rock formations on the island ;b 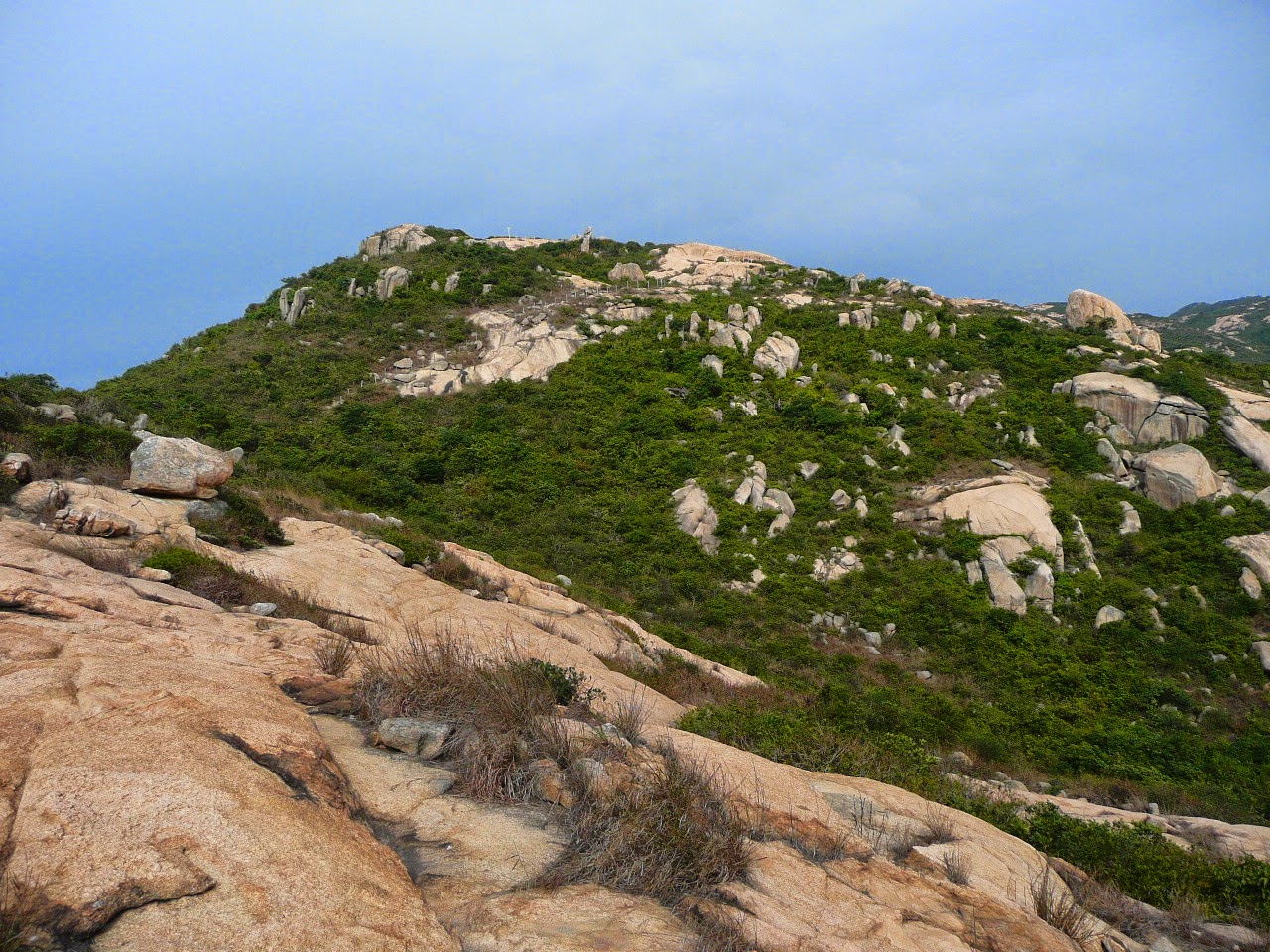 It's pretty neat too to look back up the trail and hill --
and think "wow, I was over there just X minutes ago!" ;b 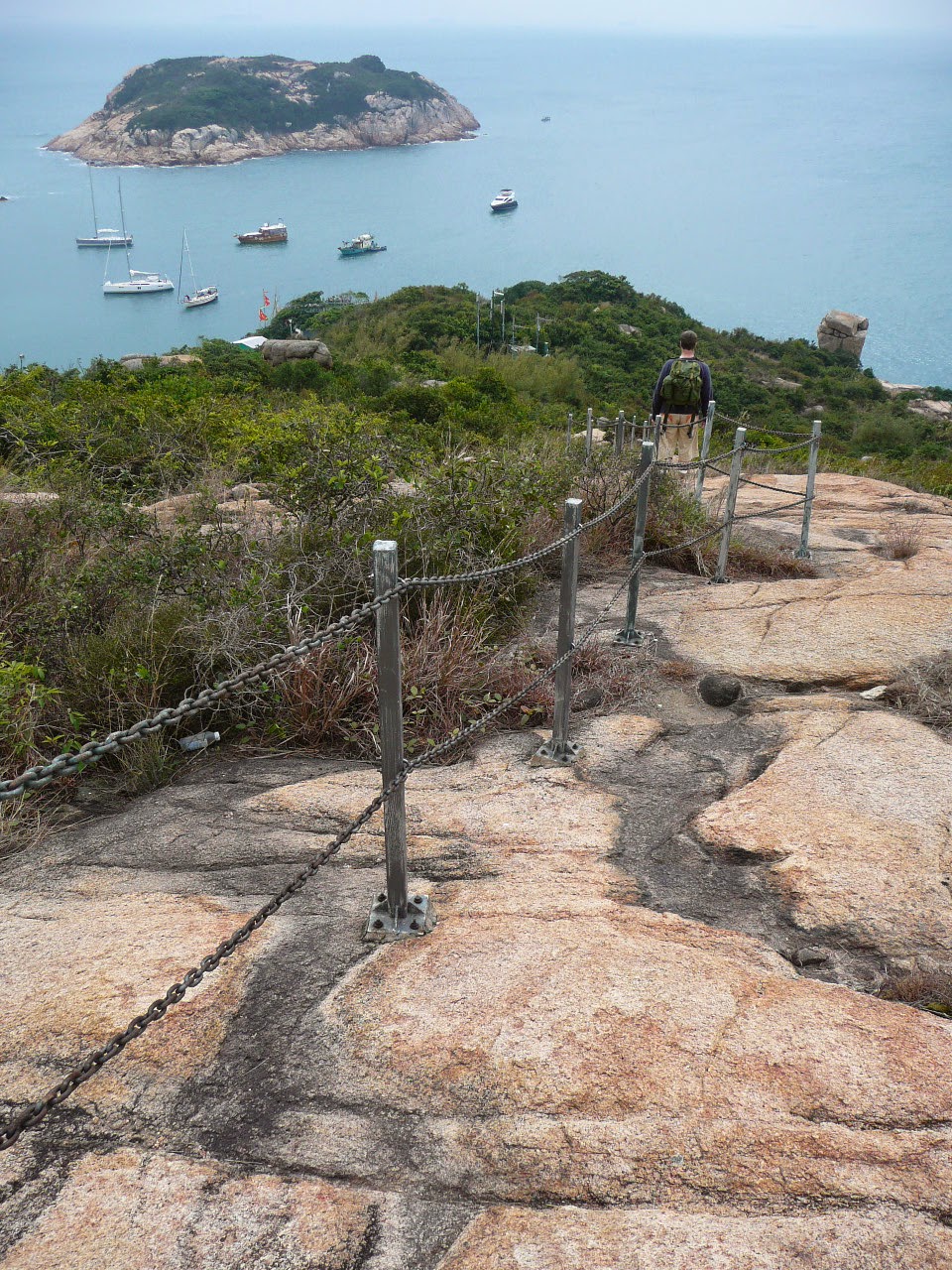 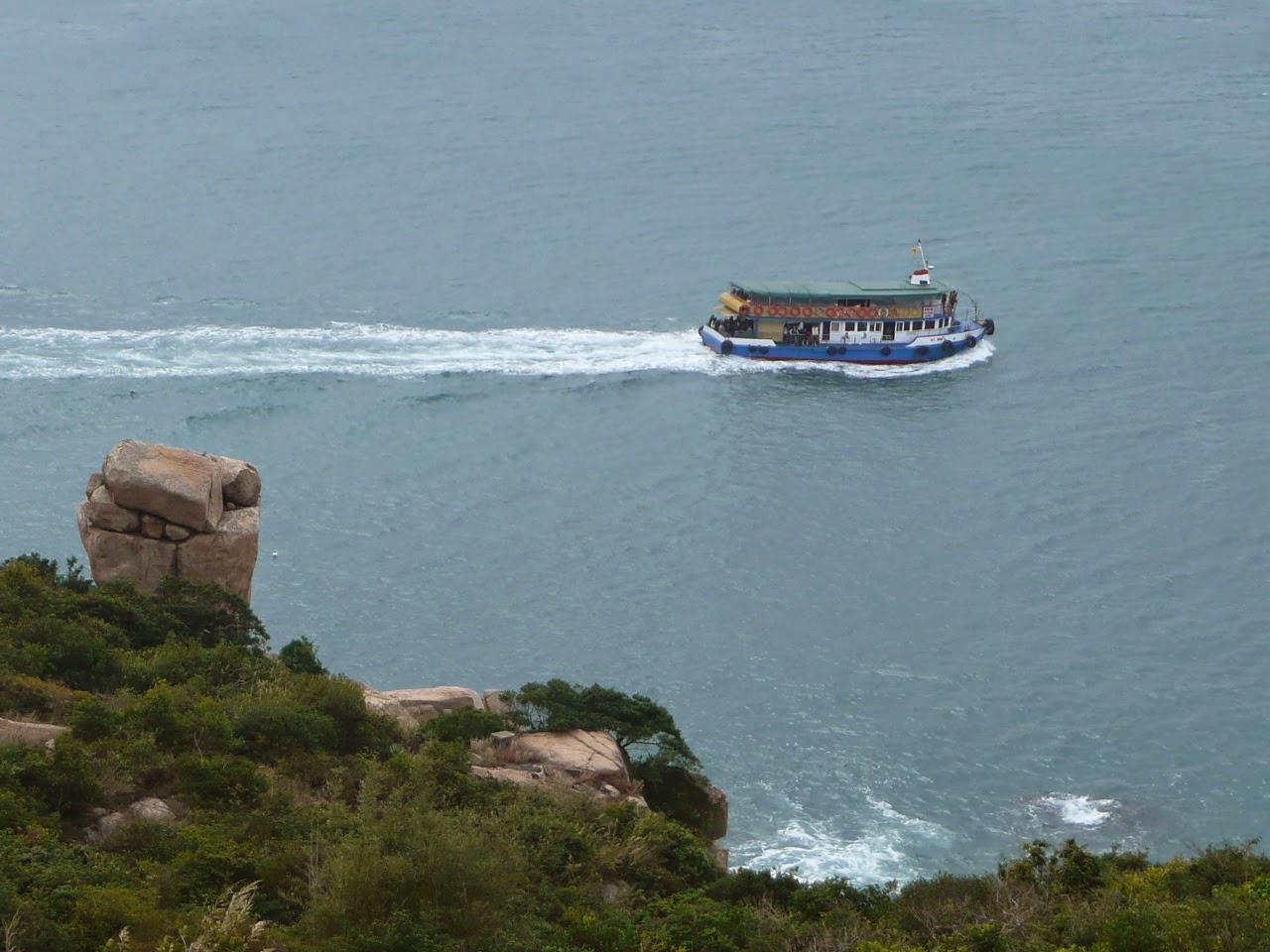 Not long after I took this picture, my hiking buddy and I were
speeding away from Po Toi on a vessel like the one in the photo! 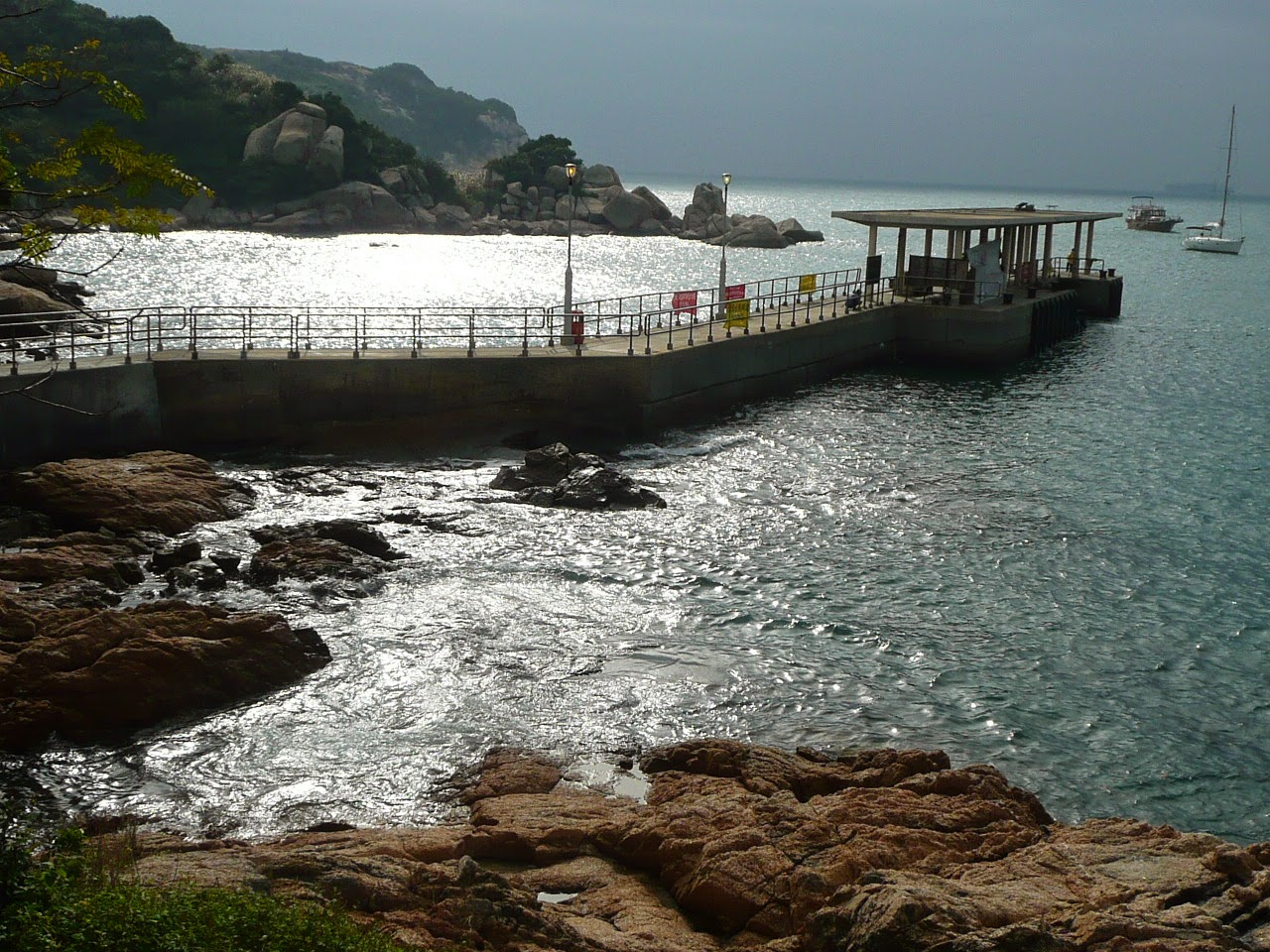 In your previous Po Toi entry you promised more photos and you certainly delivered with these fine images. These photos show that there is some greenery on the island and also signposted walks through the Rugged Trail on the rock kingdom of Po Toi...The online ferry schedule indicates that there is also service from Aberdeen to Po Toi on Tuesdays and Thursdays.

Thanks for your comments. Sorry for the late reply but I was away on vacation. (More on that later!)

Re Po Toi: I've not gone there from Aberdeen. Thus far, have only ever taken the Stanley route -- which is shorter but still makes for a nice boat ride. :)