Back again in Hong Kong after a South Korean vacation :) 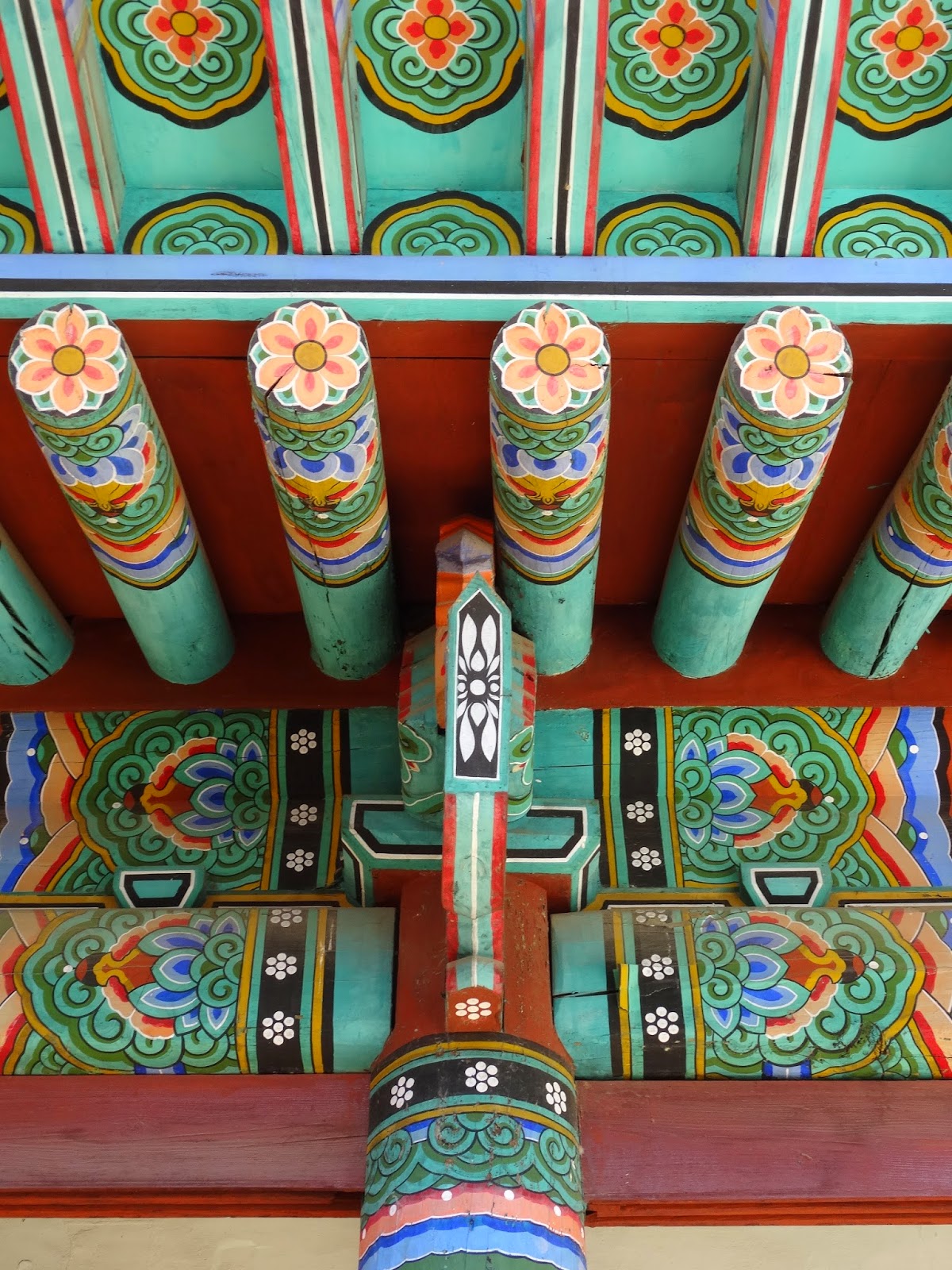 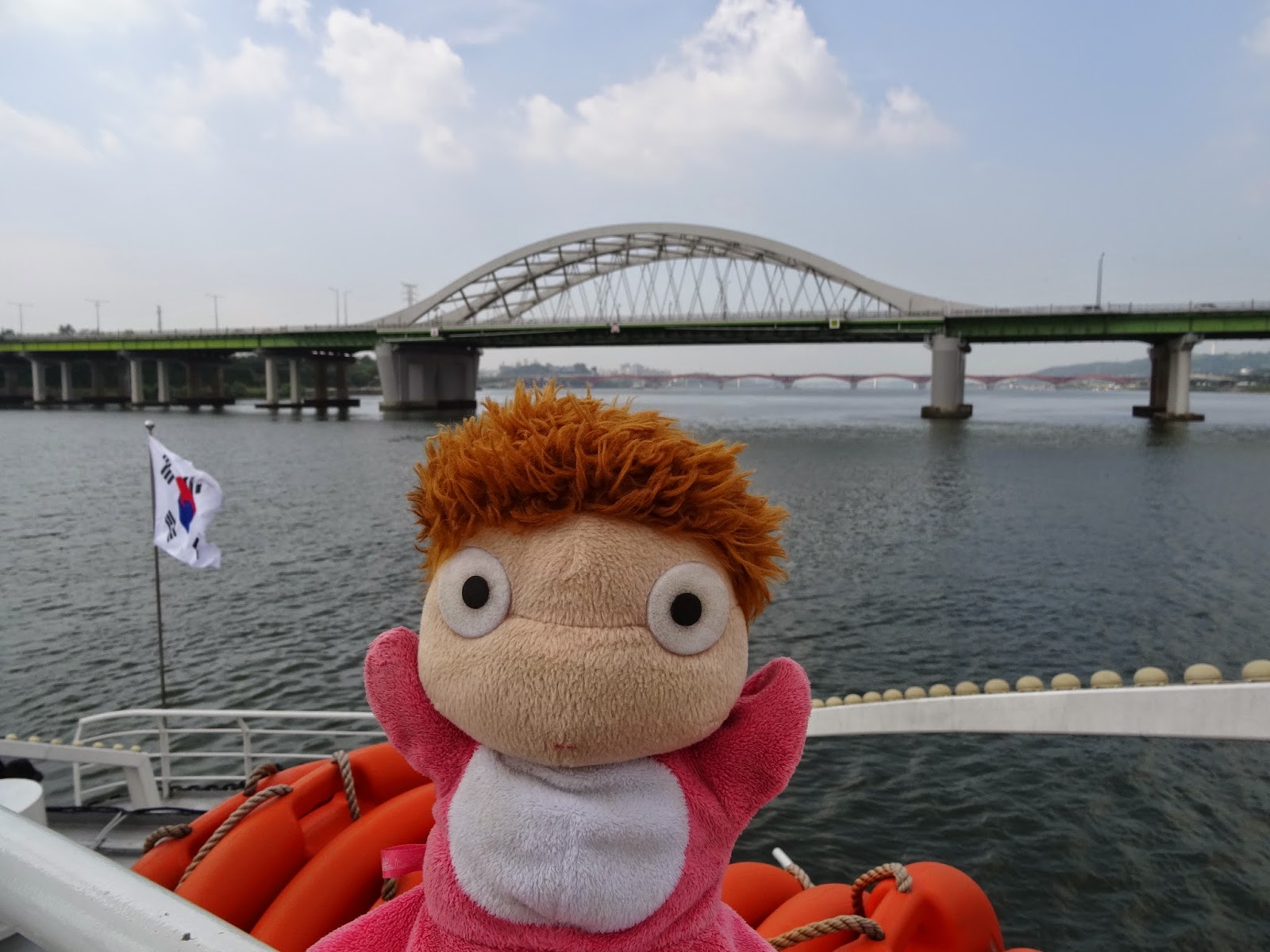 And yes, Puppet Ponyo was in South Korea too -- and did such
as enjoy a cruise along the Han River one afternoon ;b
To those regular visitors to this blog who guessed that the reason for there not being any new blog entries since this Monday was that I had gone on vacation: you guessed right and know me pretty well indeed!  For the past six days has seen me on holiday in South Korea -- particularly Seoul, with a day out to Incheon (including Wolmido) -- in the company of my mother and, of course, Puppet Ponyo!

This was my third trip to South Korea's capital city -- with my first taste of South Korea having come back in 1982 and my second visit to Seoul having been in 2009.  And if truth be told, there were times during this most recent vacation when I got to thinking that if I do return to the Land of the Morning Calm, it should be somewhere else besides Seoul because I've already seen the best that it has to offer in terms of tourist and cultural attractions.

Still, this is not to say that there weren't aspects to this trip that I particularly enjoyed -- and, indeed, was able to sample a greater range of than on my previous visits to the country.  Most specifically, I think that this was my best Korean trip yet in terms of food samplings (with an absolute trip highlight involving my mother's and my partaking of the best Korean fried chicken by far that we've had to date!)
At the same time though, it's also true that this was one of those times spent in another territory that gave me a renewed appreciation of many aspects of Hong Kong.  For while the Big Lychee is having its share of woes currently, particularly with regards to its political situation -- without taking away anything away from many Hong Kongers' genuine concerns and woes about how things currently are -- I did get to thinking more than once during this recent vacation that I'd much rather be a resident of Hong Kong than Seoul, even if the South Korean capital city is one that friends who've lived there -- and a friend who still lives there -- have told me they consider a very liveable part of the world.
Put another way: I was glad to be on vacation but I'm also glad to be back in Hong Kong.  And that's a pretty agreeable state of affairs as far as I'm concerned! :)
Posted by YTSL at 11:38 PM

No, I wasn't in Korea duing Chuseok -- but yes, you'll definitely see more photos of Puppet Ponyo *and* at least one food entry, probably more, from my Korea trip! ;b

It's always a pleasure to read your latest travel blog...I've only been to Seoul once way back in the 90's. Aside from some colorful street markets, I must say that Seoul didn't provide me with the kind of urban dynamism that I experienced in Tokyo or Hong Kong.

Nice to see Puppet Ponyo back in her traveler's bliss mode on the Han River, in her water element. This scenery may not be as spectacular as your Halong Bay cruise,
but I'm sure Puppet Ponyo enjoyed herself. I doubt if she'll ever become a jaded traveler because I suspect she has unlimited energy and enthusiasm for travel.

I agree that Seoul's some ways behind Tokyo and Hong Kong in terms of dynamism (and also sights, etc.). But 21st century Seoul is way livelier than when I visited back in 1982 - shortly after the curfew had been lifted.

As for Puppet Ponyo: The first couple of days of the visit, she didn't get out all that much but there was one day later during the vacation when she most definitely enjoyed herself -- and posed in a number of photos I think are cool and fun. (And yes, you can look forward to seeing a number of those!) :b