However, when looking at the weather forecast in the days leading to my most recent Japan trip, I saw that it was supposed to rain on the third and fourth days that I'd be in Kanazawa even while being dry during my other vacation days.  So after I checked in at the extremely good-value-for-money Toyoko Inn Kanazawa-eki Higash-Guchi, I headed straight over to Kenroku-en (N.B. "en" is Japanese for garden) to spend a couple of hours taking in the sights at that beautifully laid-out -- and maintained -- 105,000 square meter-sized traditional stroll garden:- 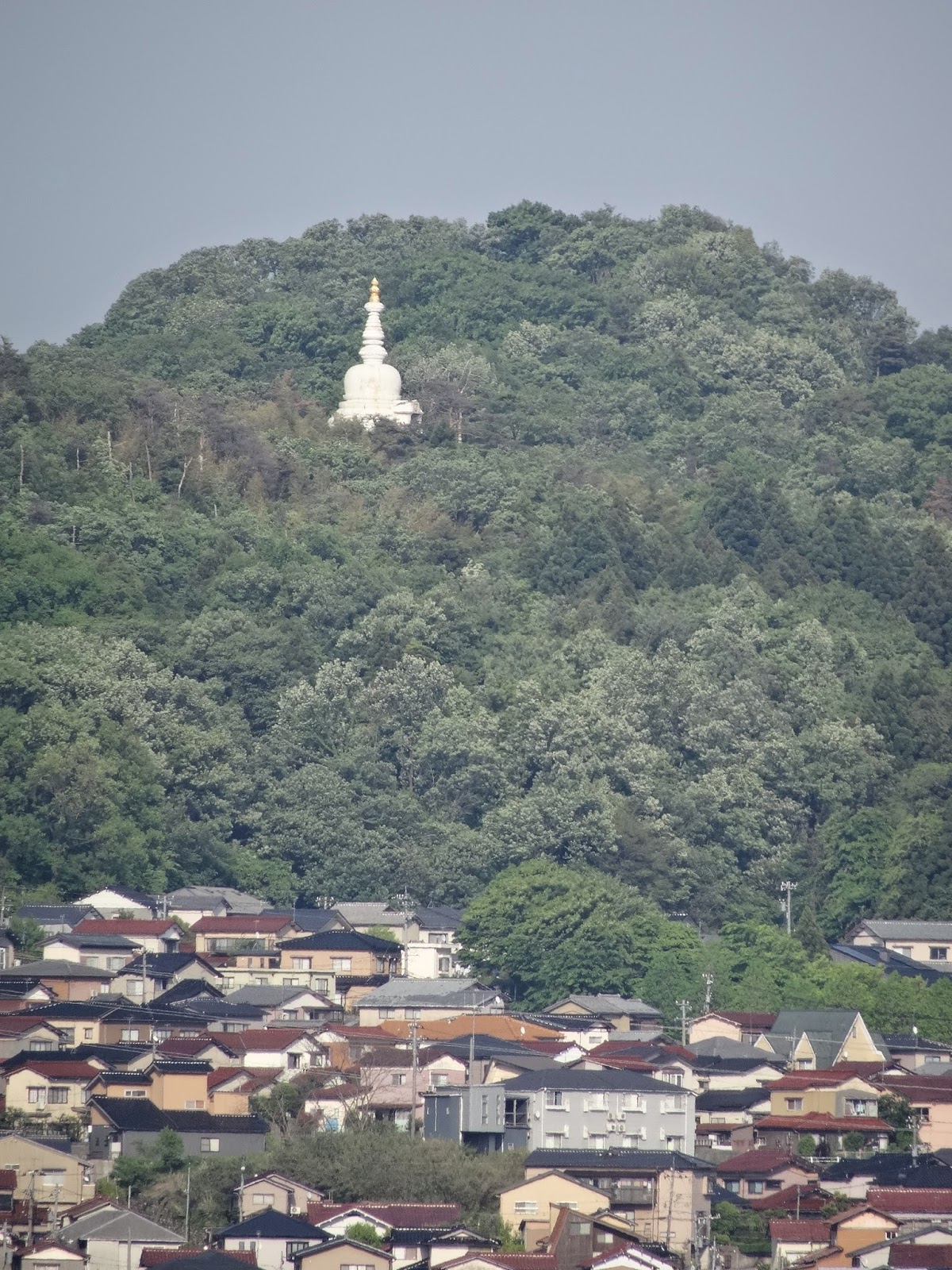 From one side of Kenroku-en, one can get
panoramic views of Kanazawa and beyond 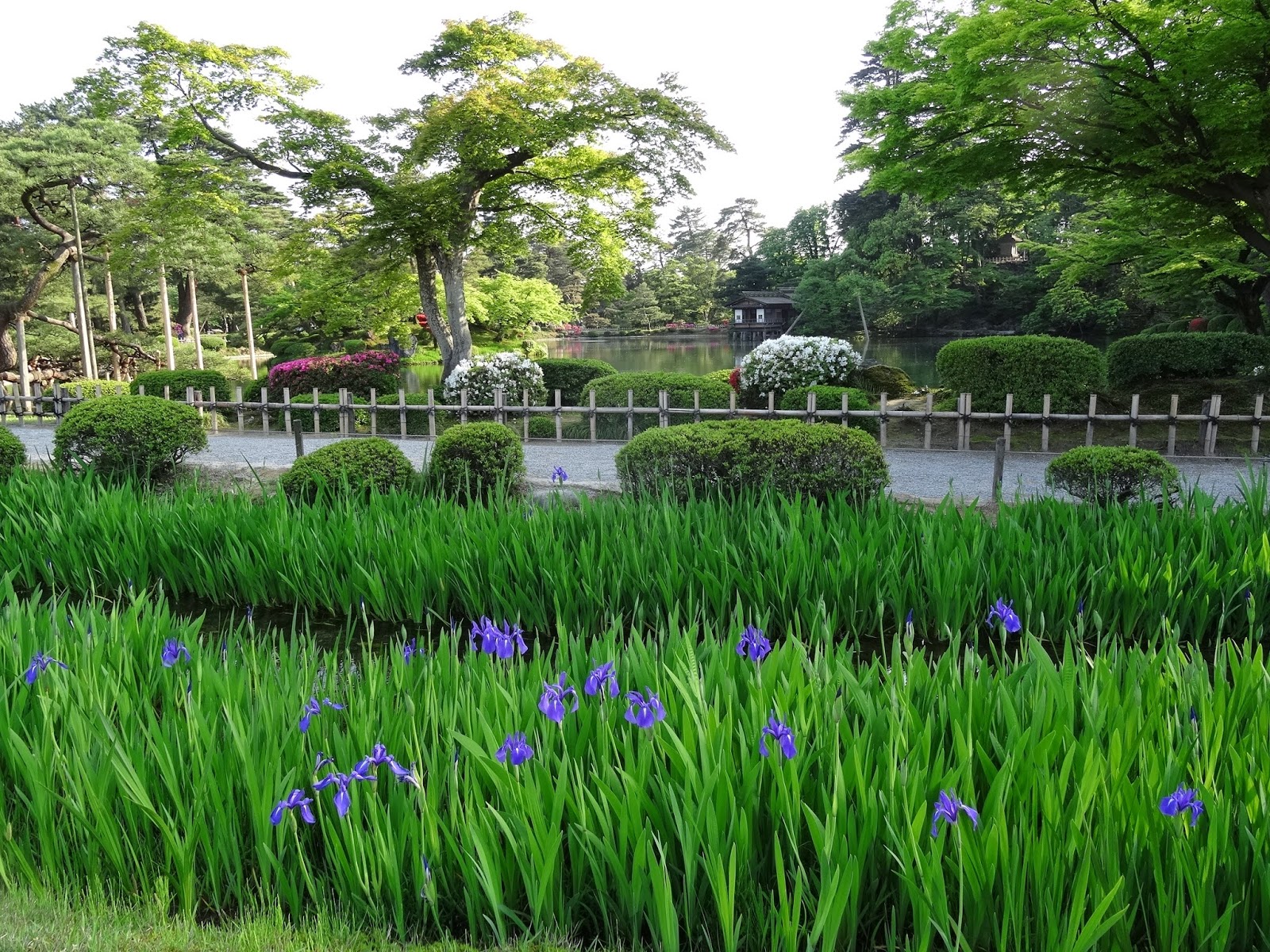 ...but in all honesty, the more up close views to be had
inside of Kenroku-en actually are more visually impressive! 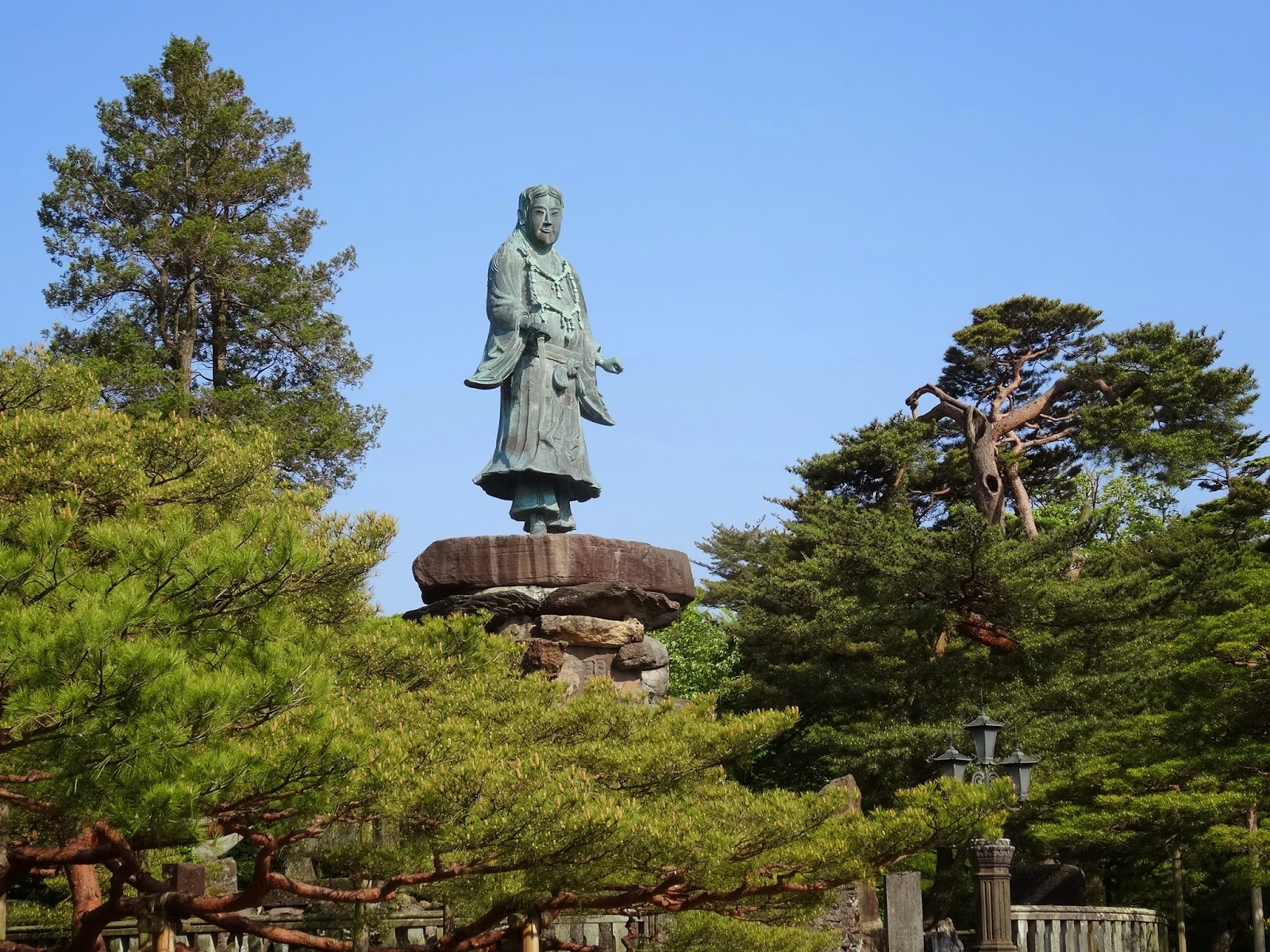 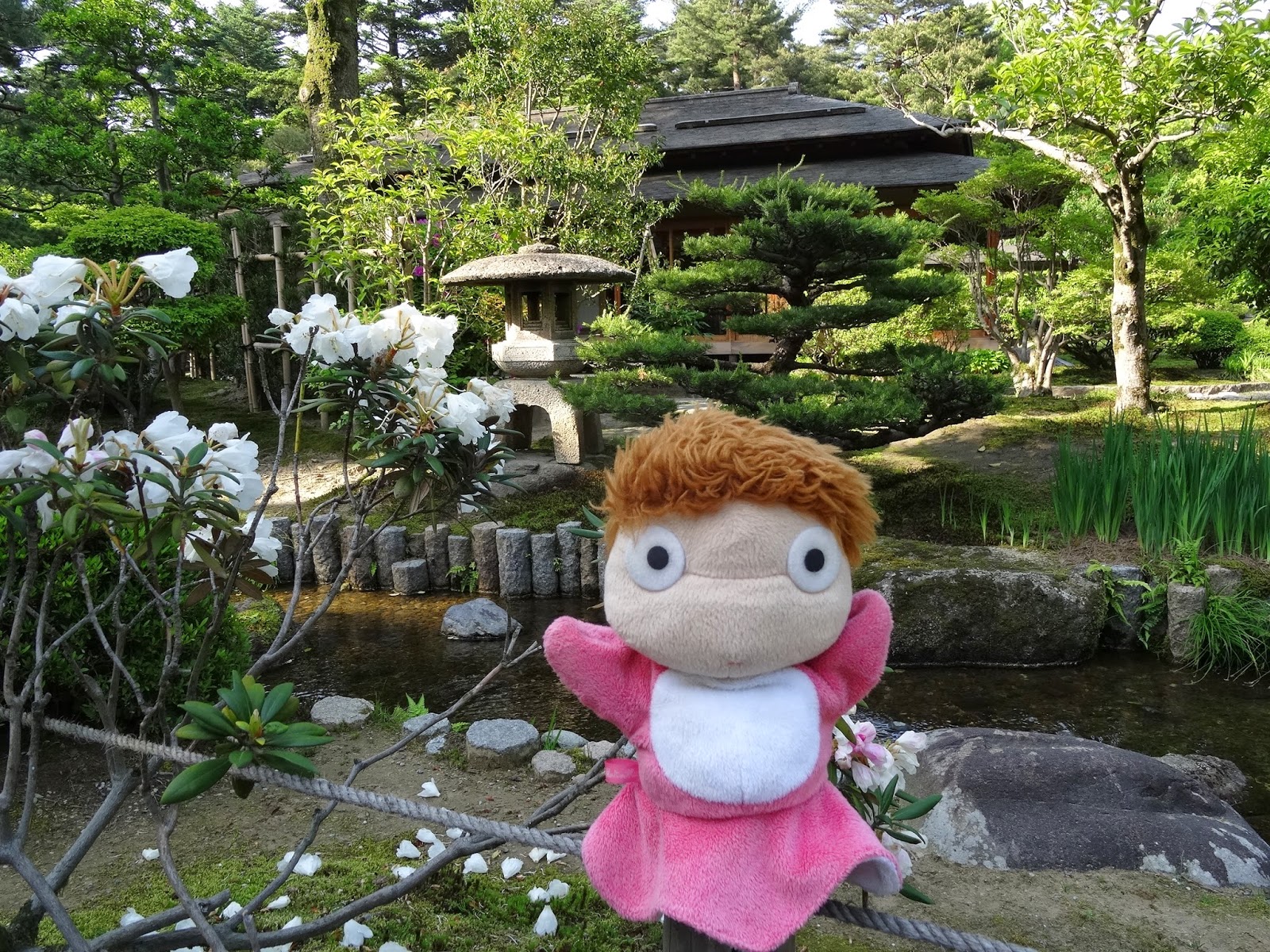 On a similar note, I think Puppet Ponyo's presence
enhances this photo taken inside of Kenroku-en :) 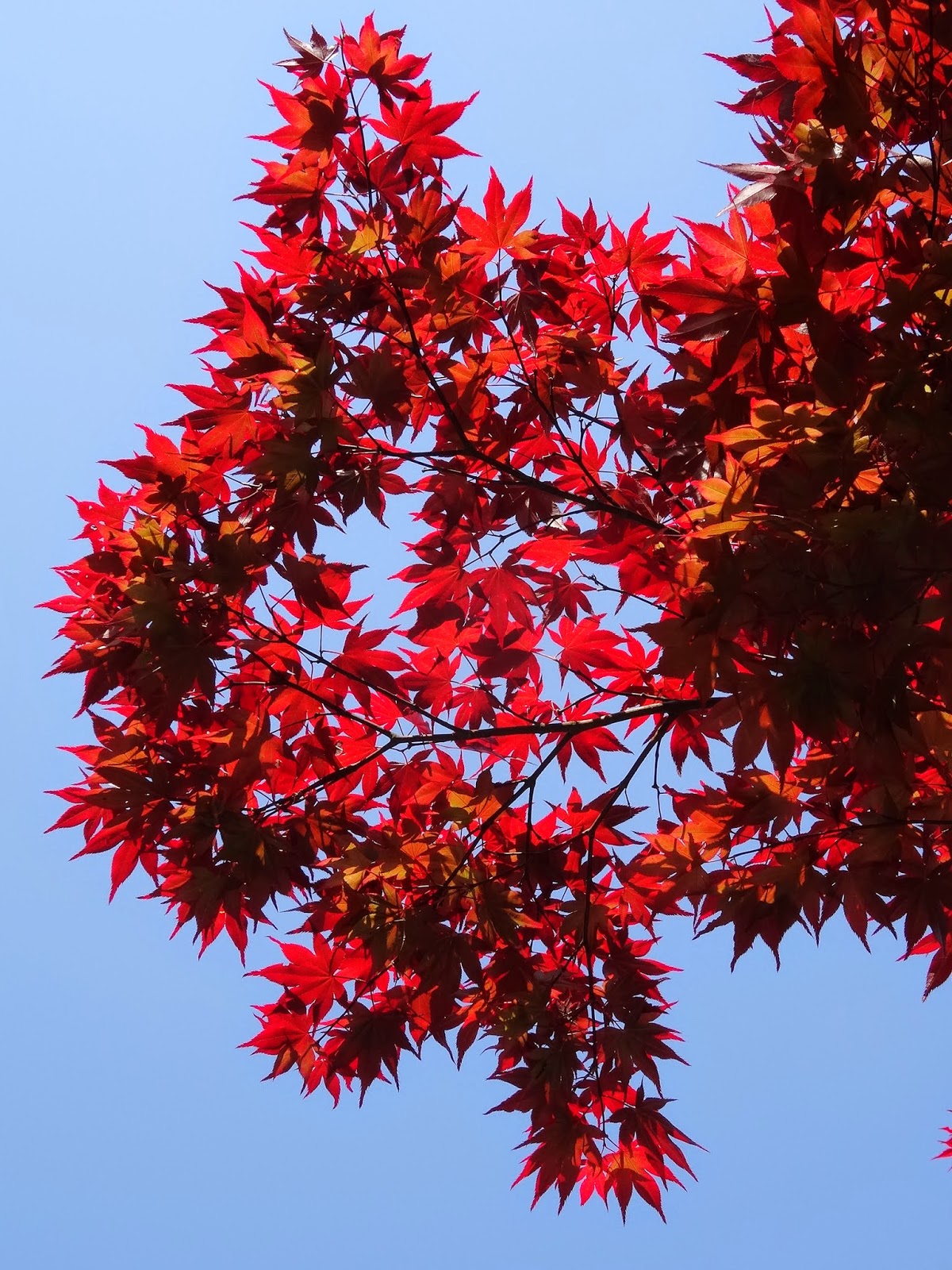 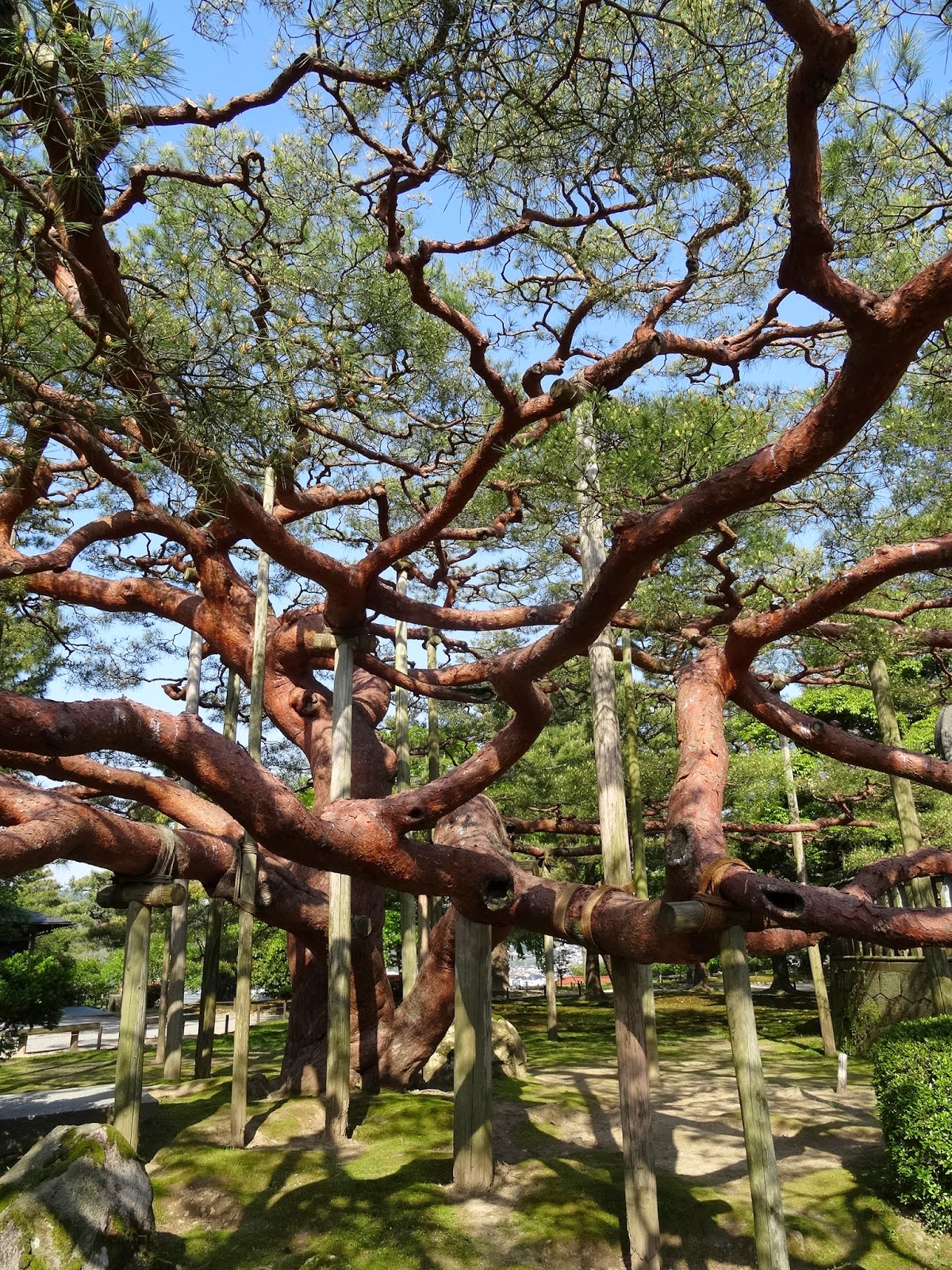 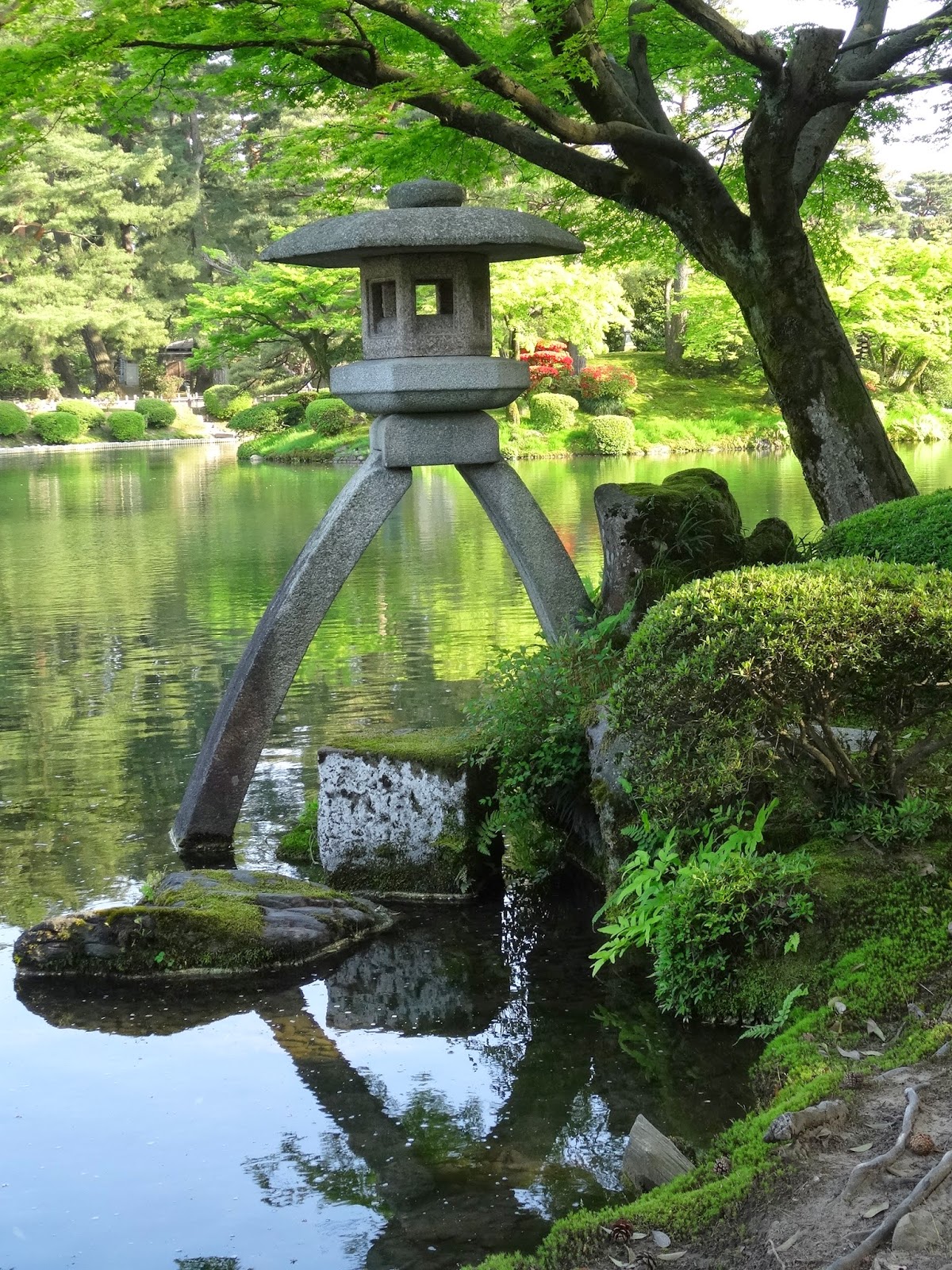 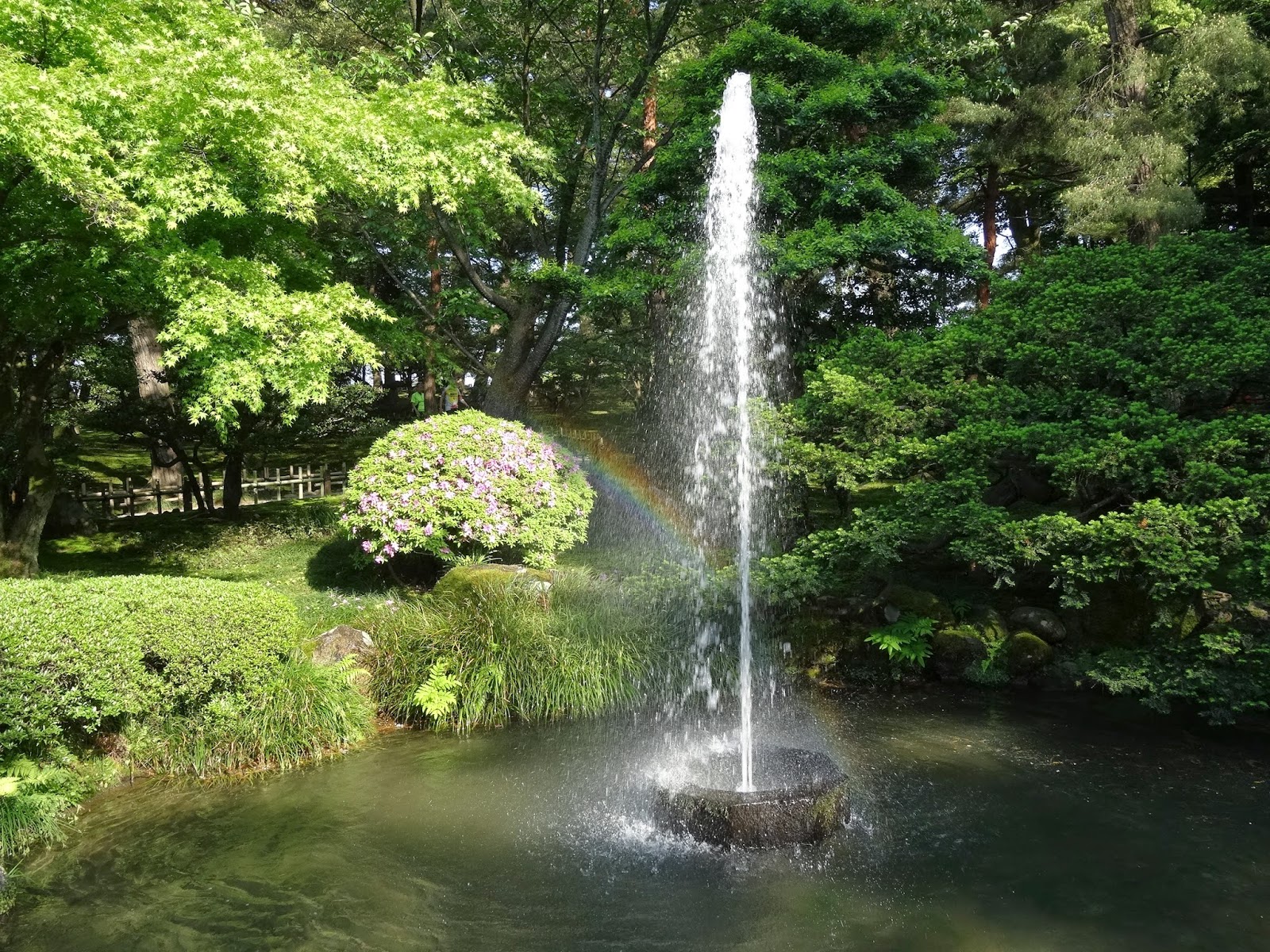 However, I prefer the sight of the oldest fountain in Japan
-- especially viewed from those angles when one can get
the bonus sight of a rainbow :)
Posted by YTSL at 11:12 PM

Hi YTSL, I love visiting Japanese Gardens. What a beautiful garden. And such a pretty setting for pretty Puppet Ponyo. Lovely photo.

I really loved Kenroku-en. Have to admit that I was underwhelmed the first few minutes there because there were tour groups all around me but once I realized that the garden's huge and one can easily find quiet sections in it, I could easily appreciate it -- and spend hours there!

And awww re your kind words re Puppet Ponyo. :)

Your photos capture the experience of being in this garden...I like the photo of the "undulating branches" because the wide-angle creates a 3-D effect - and you don't have to wear special glasses to experience the visual depth!...Posing front and center in your photo,Ponyo continues to bask in her exaltation as a perfect traveler's companion.

What a beautiful garden. And Puppet Ponyo looks so cute with the blossoms scattered on the ground behind her.

I'm glad you noticed that 3-D feeling of the photo of the undulating branches. I also liked the redness of the tree's bark. And thanks, as ever, for your Puppet Ponyo appreciation. :)

Re Japanese vs Chinese gardens: Based on my limited knowledge of both, I think Chinese (rock) gardens are, at first glance, more visually impressive but really love how, with Japanese stroll gardens, different vistas can open up and even the same items can look so different when viewed from different angles.

Will also say that I'm sure I'd love Chinese gardens more than I do if they weren't so crowded when I visited them. But such is my lot because, well, some of the ones I've been to have been famous ones after all -- e.g., the one inside of the Forbidden City and that at Prince Gong's Mansion in Beijing.

I can definitely see why Kenroku-en is so highly rated by the Japanese (though, in truth, I ended up being lured into spending more time in Yokohama's Sankeien).

Re Puppet Ponyo: I took a few pictures of her in Kenroku-en and that's my favorite for sure. :)