Kanazawa sites where indoor photography is not allowed 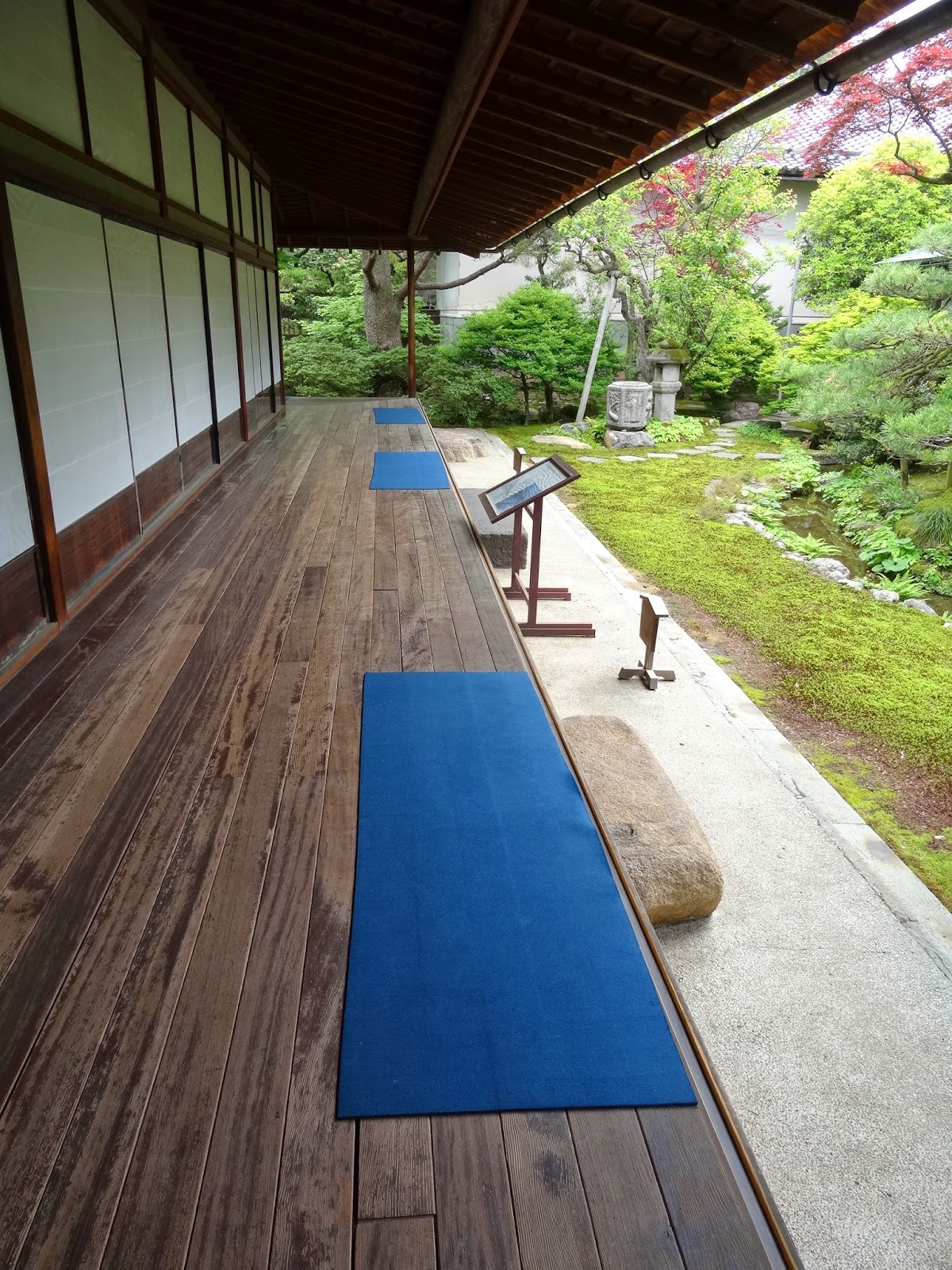 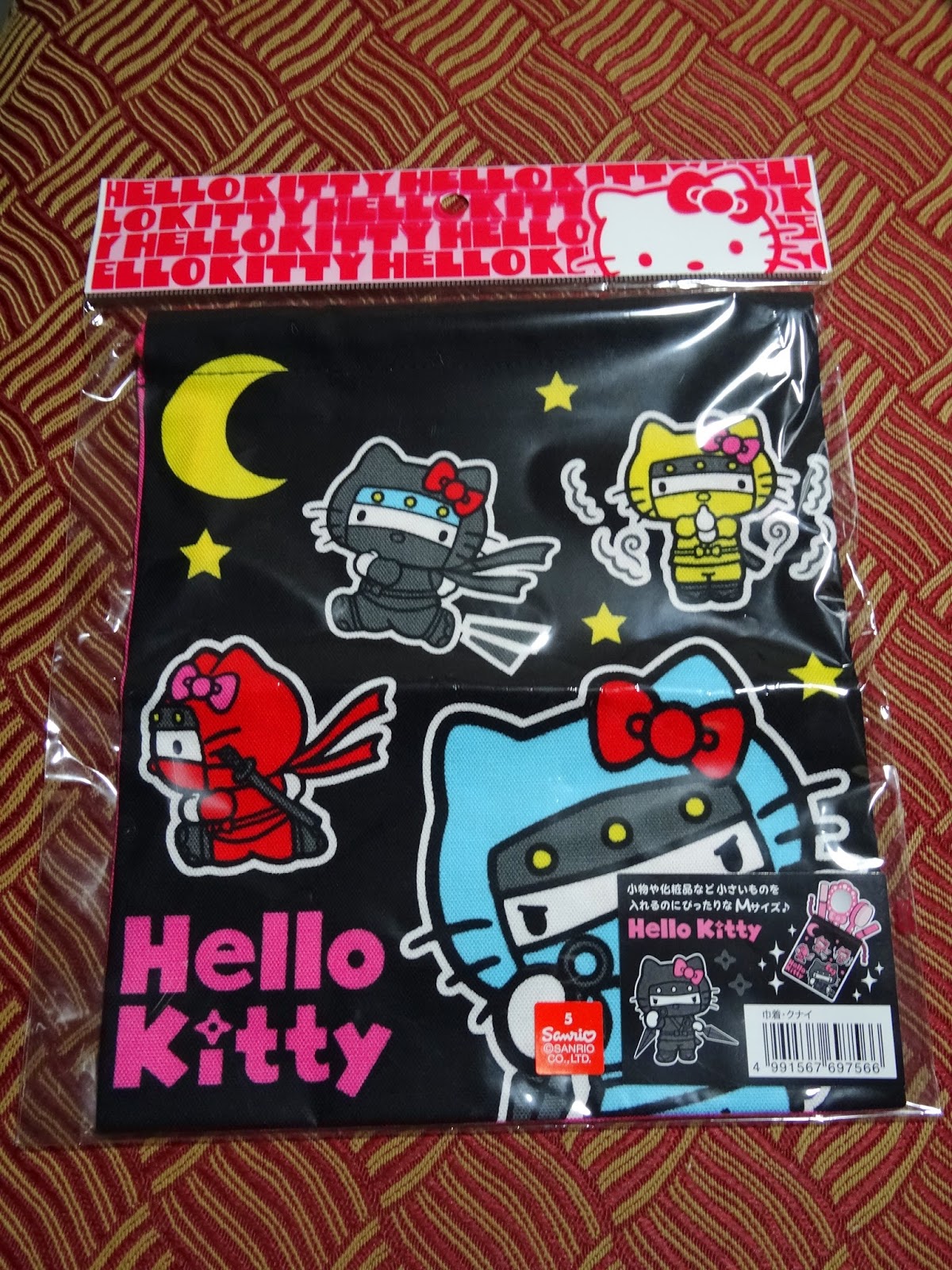 Since photography also isn't allowed in Myoryuji (AKA
Ninja-dera), here's putting up  a photo of the ninja-themed
Hello Kitty souvenir I got myself in Kanazawa! ;b

Kanazawa is famous for getting lots of rain -- so much so, in fact, that the historic city in Ishikawa Prefecture that a local proverb goes to the effect that "Even if your lunchbox, don't forget your umbrella"!  Thus it was that I made sure to travel there before the rainy season officially began in Japan.

Even so, when I checked the weather forecast shortly before I headed over to Kanazawa, I read that days three and four of the six days in total of my vacation were predicted to be rainy ones.  So not only did I bring an umbrella with me during my most recent Japan visit but I also planned visits to lots of places where I'd be spending the majority of time indoors on the days that it rained -- which actually ended up being only a single day rather than two 24-hour cycles.

Thus it was that, on day three of my holiday, after having a tasty buffet breakfast at the branch of Toyoko Inn at which I was staying, I took a bus over to Seisonkaku, a large shingle roofed mansion built in the 19th century by one of the Maeda lords (Nariyasu) for his mother (Shinryu-in) to comfortably retire to.  An elegant and distinctly feminine "samurai villa", it reminded me of the imperial villa in Nikko that I had visited some three years ago -- and I ended up spending a leisurely hour or so at that location.

Then, after a sushi lunch at Omicho Market, I headed over to Myoryuji, a Buddhist temple located in Kanazawa's temple district that's (in)famous for having numerous secret entrances and exits, trapdoors and staircases.  Visitors to the temple's that been nicknamed Ninja-dera are not allowed to wander around by themselves; instead, they are obliged to take a guided tour (as well as pay 800 Yen) in order to enter into the more unusual sections of the temple.

After going on the tour and seeing what's in the temple, I totally understand this decision on the part of the powers that be at the Mroryuji.  We're talking, after all, about a remarkable structure that looks like it is a two-storey building from the outside but turns out to have four floors, seven tiers, 23 rooms (or chambers) and 29 staircases -- many of which are not all that apparent until pointed out by the guide! Put another way: one easily can get lost in Mroryuji or even inadvertently trapped in one of its rooms!

I guess it helps preserve their air of privilege (in the case of Seikonkaku) or mystery (in the case of Myoryuji) that photography's not allowed in either the villa established for a lady or the temple that's come to be associated with ninjas even though its authorities deny any connections over the centiries with ninjas. In any case, it means that you're going to have to visit these locales in Kanazawa to see their interiors for yourself.

Given that my visit to Mroryuji was easily my favorite part of day three of my recent Japan vacation, you know that it's to the "Ninja-dera" that I'd recommend that people visit -- more so than Seisonkaku.  And even though the temple authorities emphatically deny that it has/had any connections with real ninjas, a visit there -- along with the Ninja Mystery House at the Toei Kyoto Studio Park -- can't but get me even more interested than before in those legendary agents of espionage whose ingenuity can seem more superhuman than merely mortal! ;)
Posted by YTSL at 11:42 PM

Oh, that temple sounds like a fascinating building! I'm so glad you went. I love the idea of hidden rooms and staircases. (If ever I were completely free in the design and construction of a house, you can be sure there would be such hidden features. Also hidden doors. Especially the kind hidden by a bookcase.)

I also recently visited a couple of remarkable attractions where I could not take photos: a 5000-year-old burial mound, and the Book of Kells. While I do appreciate that the experiences were more direct and less diluted by the excessive use of technology, I do miss having the visual aids to my memory!

Mroryuji does indeed have a fascinating building -- and visiting it was a definite highlight of my vacation.

Why was photography not allowed in those sites you visited (in Ireland?)? Was it on religious grounds?