The picturesque village of Ogimachi in Shirakawa-go (Photo-essay)

Before I went on my most recent trip to Japan, several people asked me where I was planning to go to.  Seeing the blank looks of pretty much all of those non-Japanese folks who asked this question when I told them "Kanazawa", I figured I might as well not bother telling them that I also was planning a visit to Shirakawa-go -- for despite its shared UNESCO World Heritage listing with nearby Gokayama, this mountainous rural region is not one that many people have heard of.

At the same time though, I wouldn't say that Shirakawa-go -- or, at least, the very pictureseque village of Ogimachi -- is off the beaten tourist's track.  Indeed, as my bus rolled into the parking lot across the river from the gassho-style farmhouse-filled village, I was horrified to see what looked like a horde of visitors heading over the suspension bridge to my destination that day!

Fortunately, fears that I would find the entire village over-run by tourists proved to be unfounded.  Indeed, early on during my time in Ogimachi, I easily found myself in an area with more wildlife than people -- and was horror-struck to see a snake slithering over an unpaved trail that I was venturing along!  And no, I didn't manage to take a photo of the snake... but I did manage to calm down and proceed to take a lot of other photos that day!! ;b 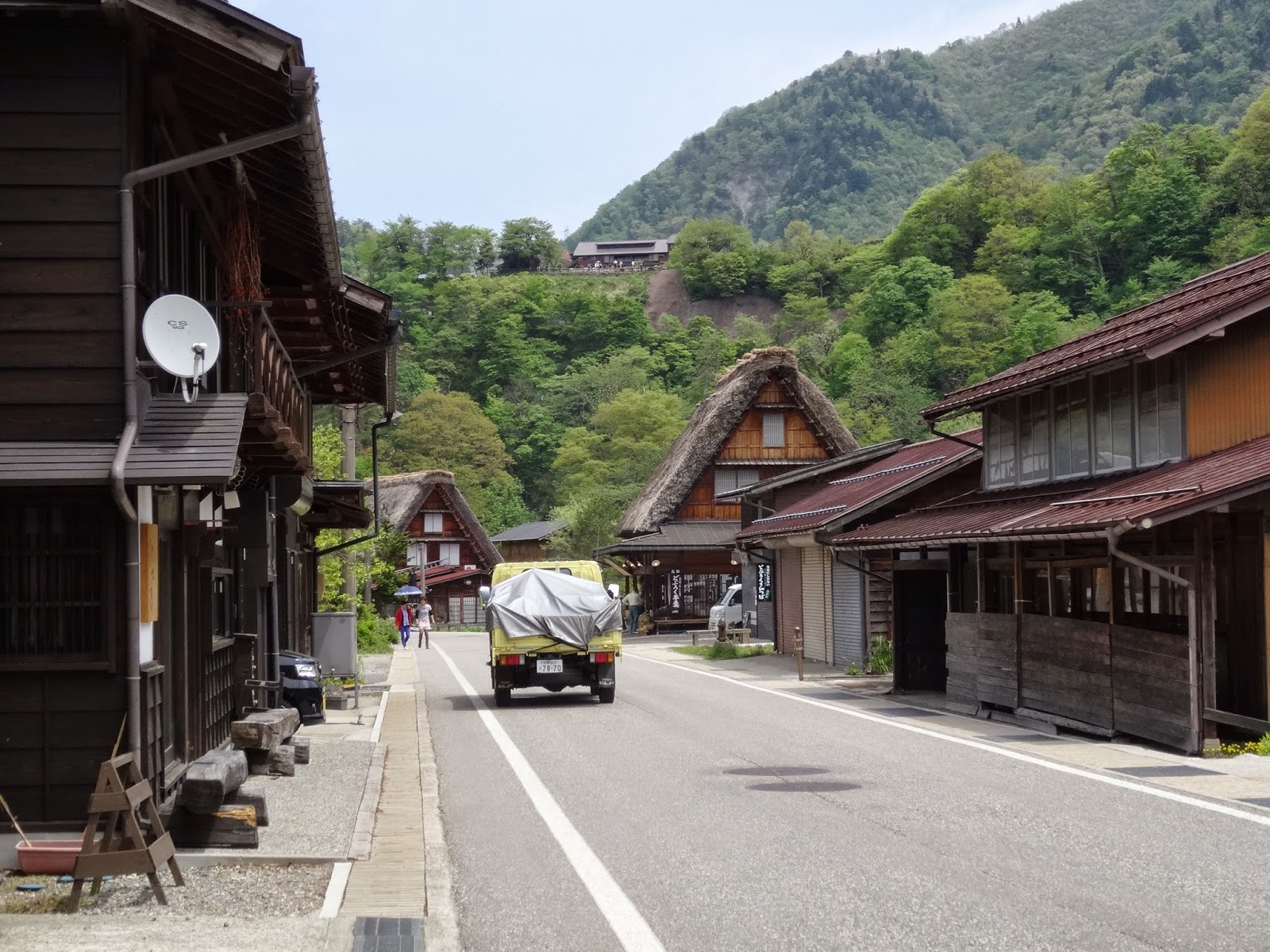 After crossing the river and arriving at Ogimachi proper,
my first goal was to head to the view point --  something
that it looked like many others had had the same idea to do! 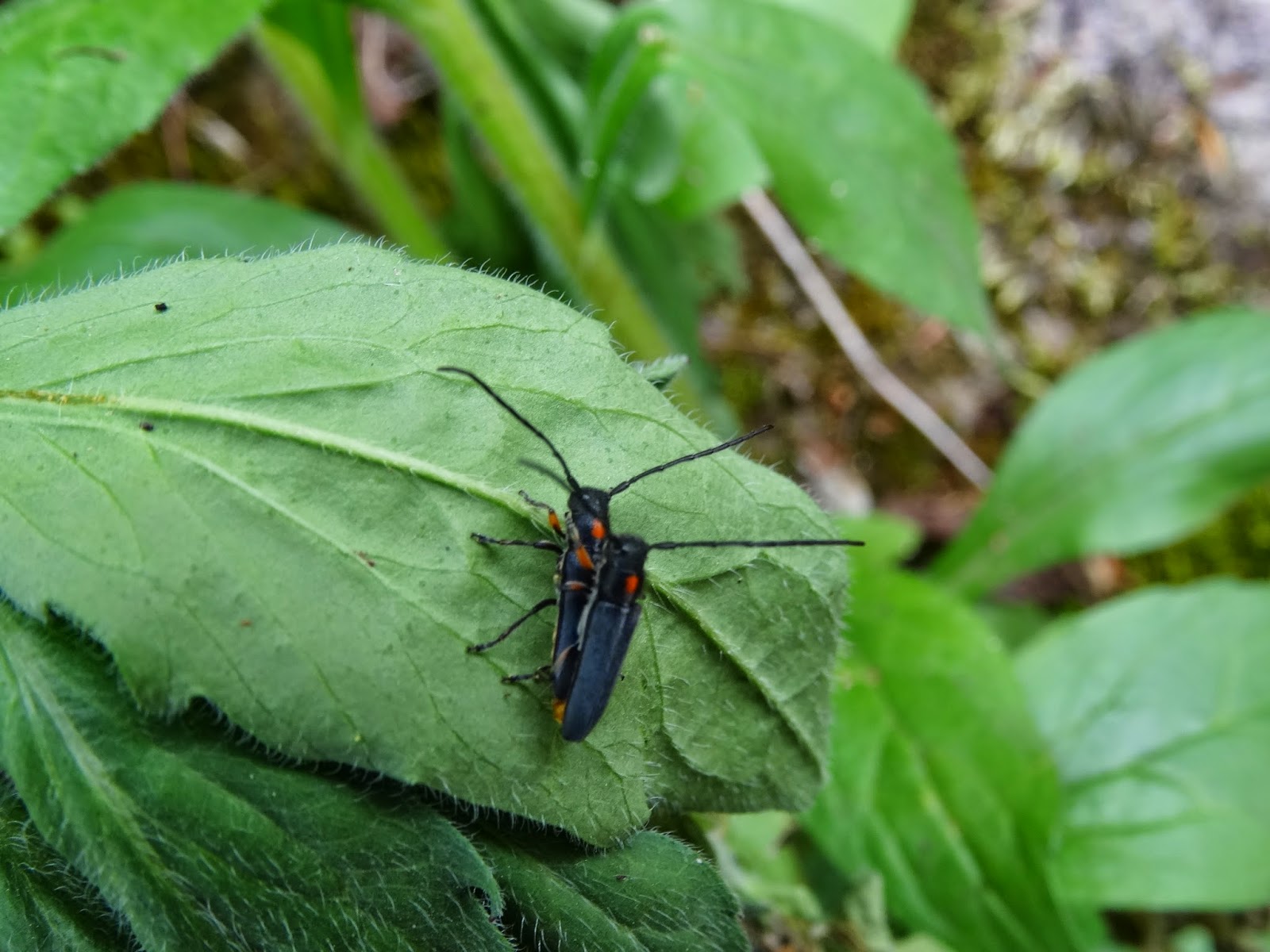 On the other hand, I wouldn't be surprised if I were the only
person who spotted this pair of copulating bugs on the side
of the trail leading up to that view point! ;b 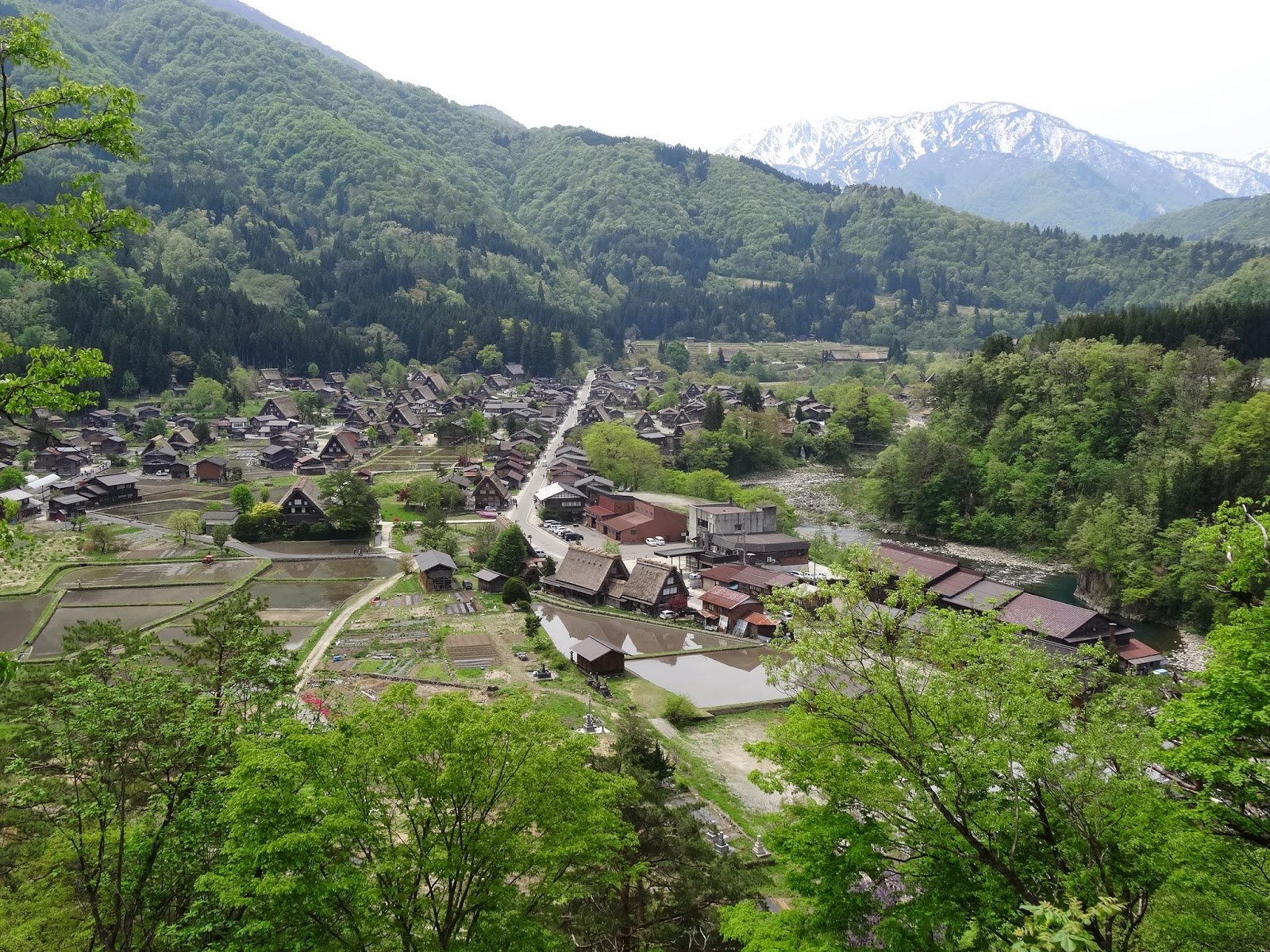 Even if the hike up to the view point had been four times
as long or difficult as it was, it still would have been
worth it to be able to come across a sight like this 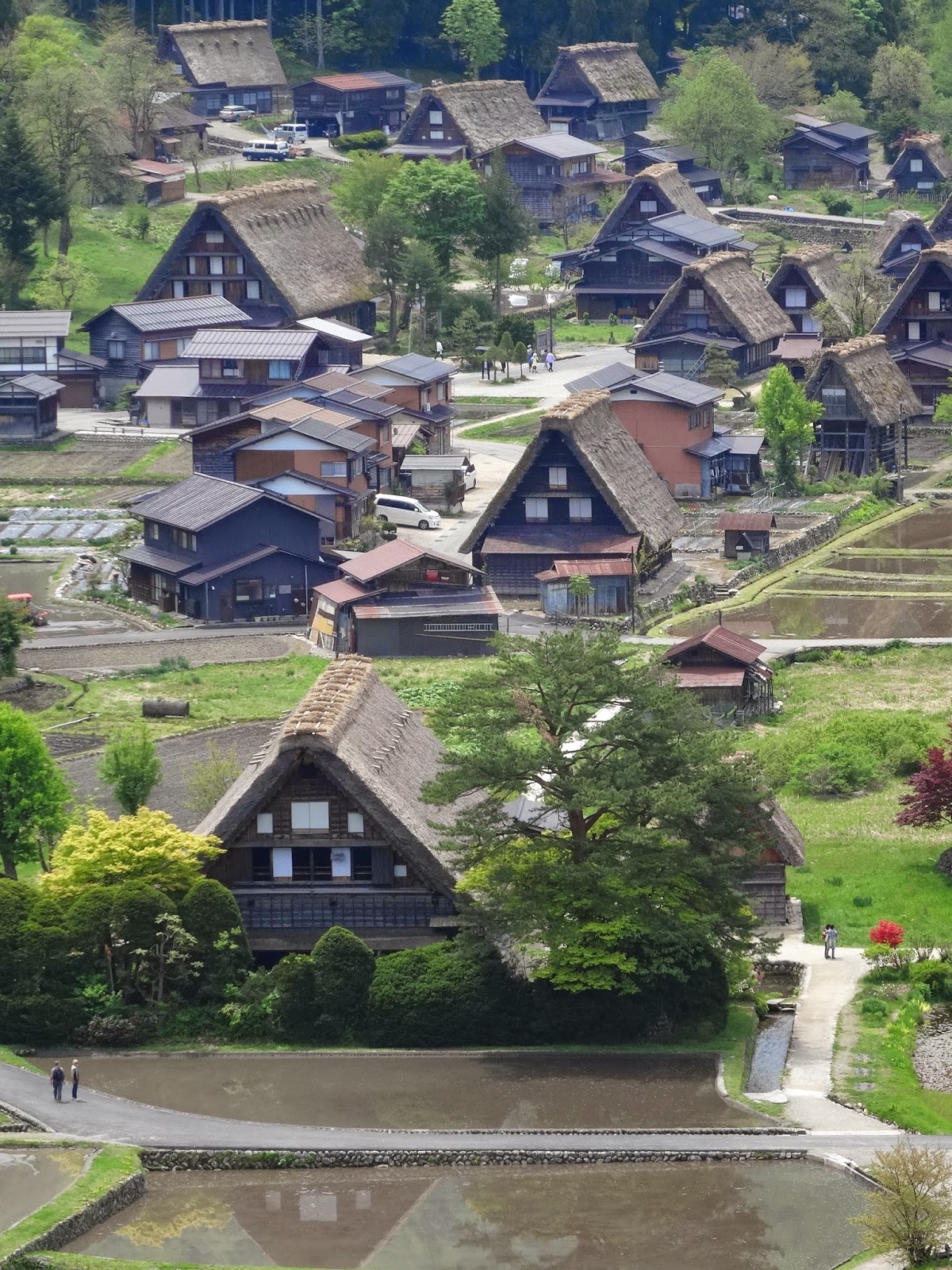 A more close-up shot, courtesy of my camera's zoom lens,
with Wada-ke in the foreground and Nagase-ke (with the
large trees in front of it) further in the distance 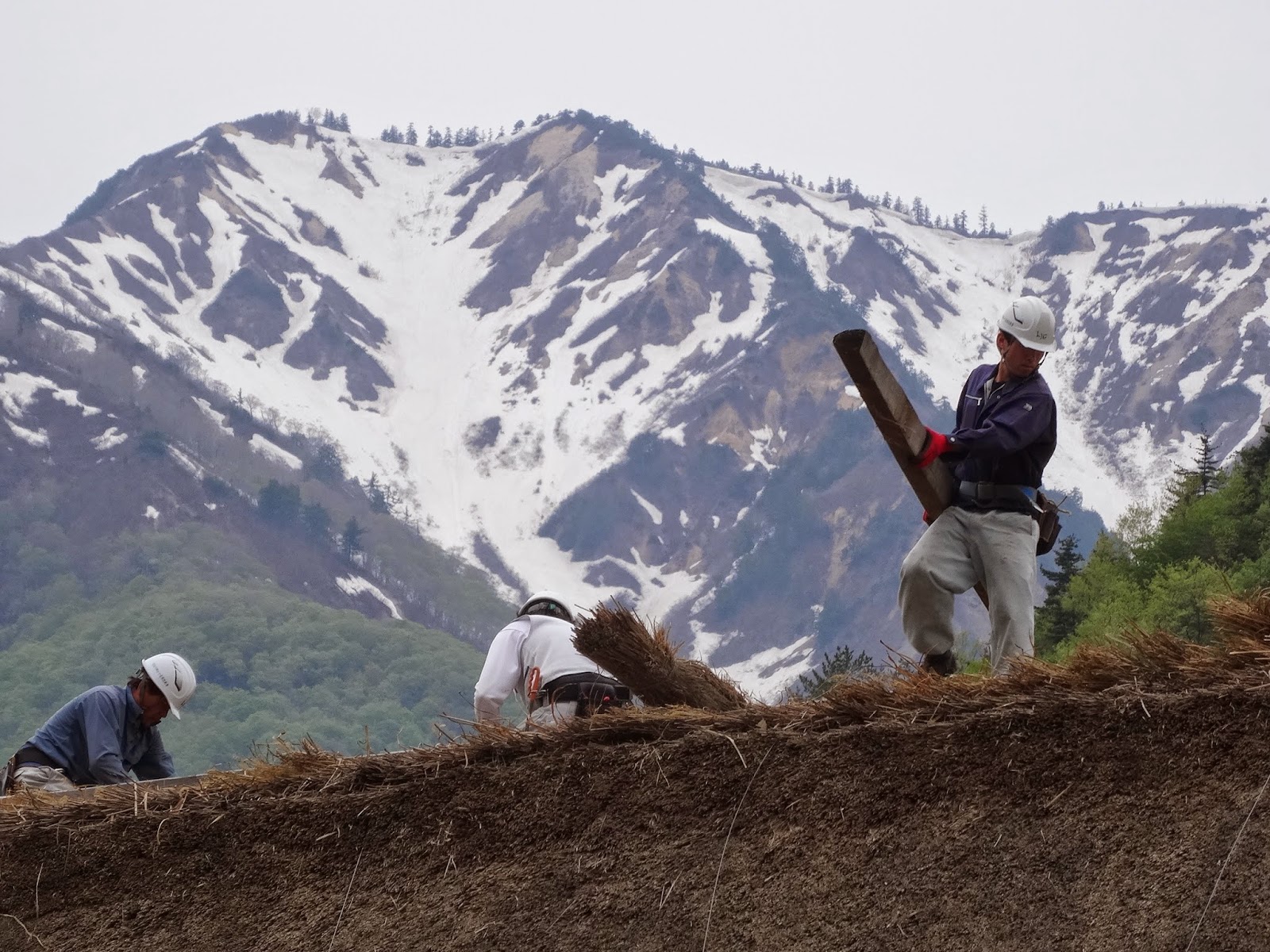 Down in the village, I spotted workers working on
one of the gassho houses' thatched roof 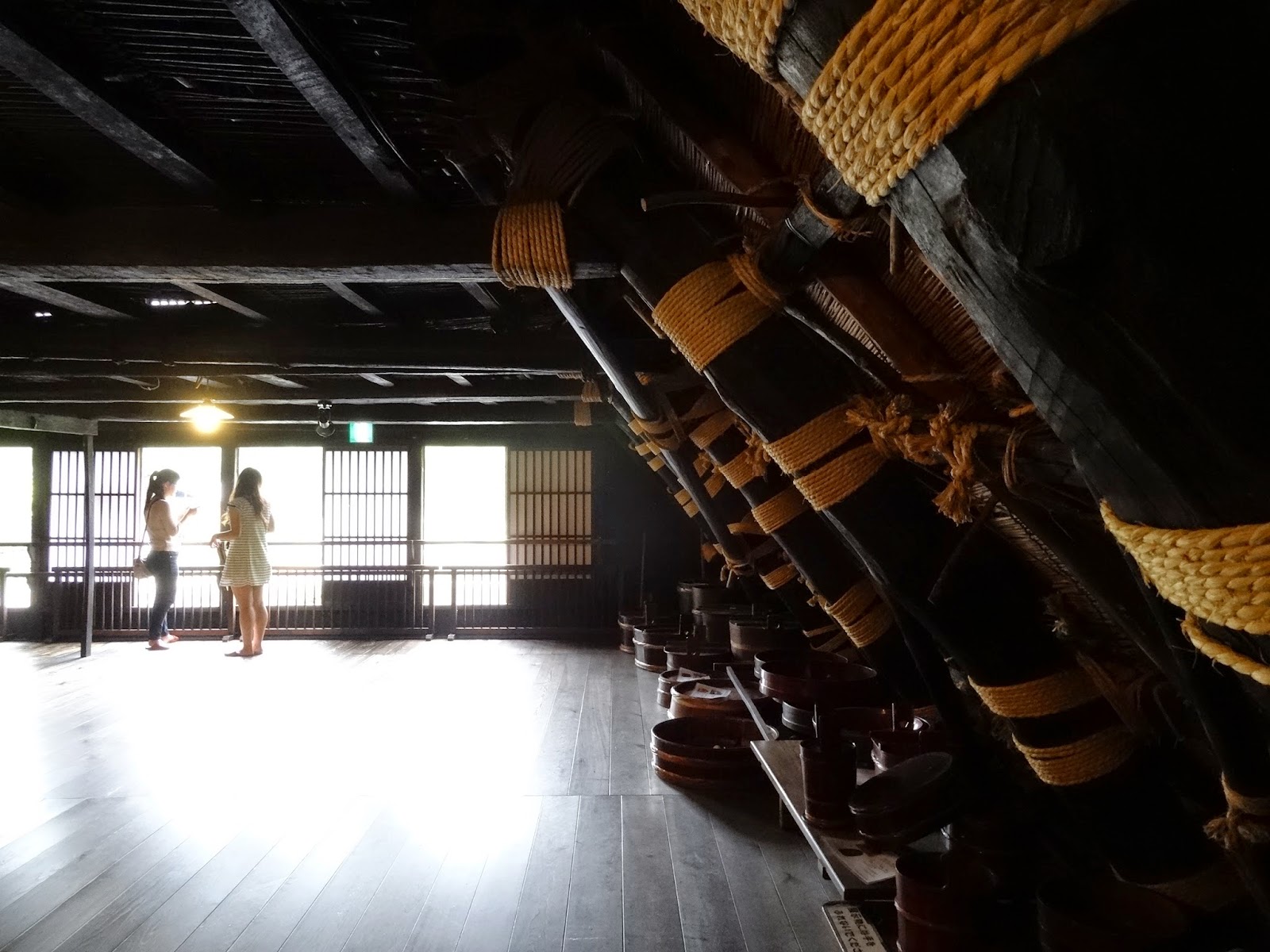 On the upper floors of Wada-ke, one can see how ropes, rather
than nails, are used to hold together various beams and pillars
-- but most visitors are more interested in the views from them 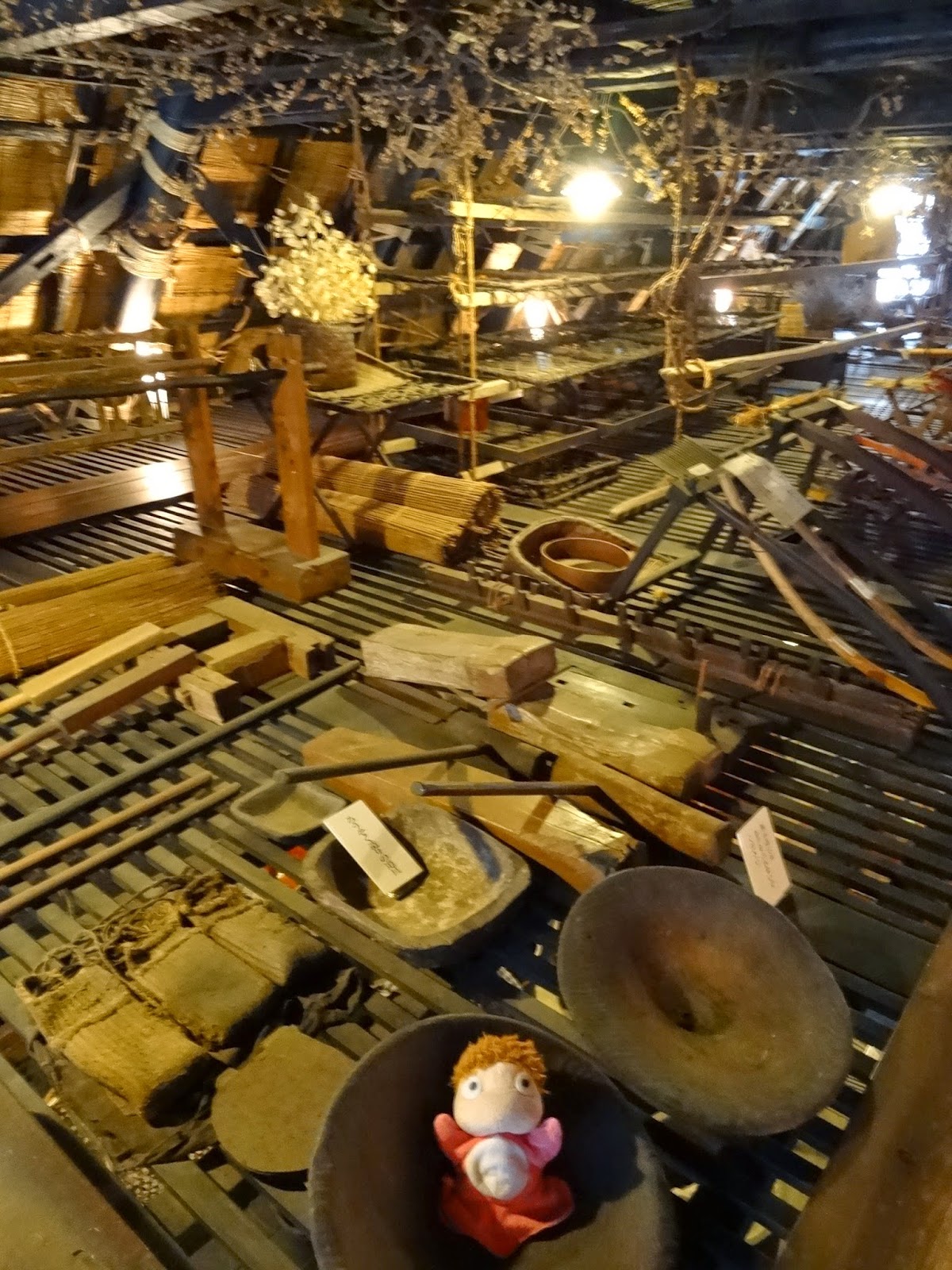 Then you've got Puppet Ponyo, who's happy to
pretend to be part of the items on exhibit
on the upper floors at Nagase-ke! :D 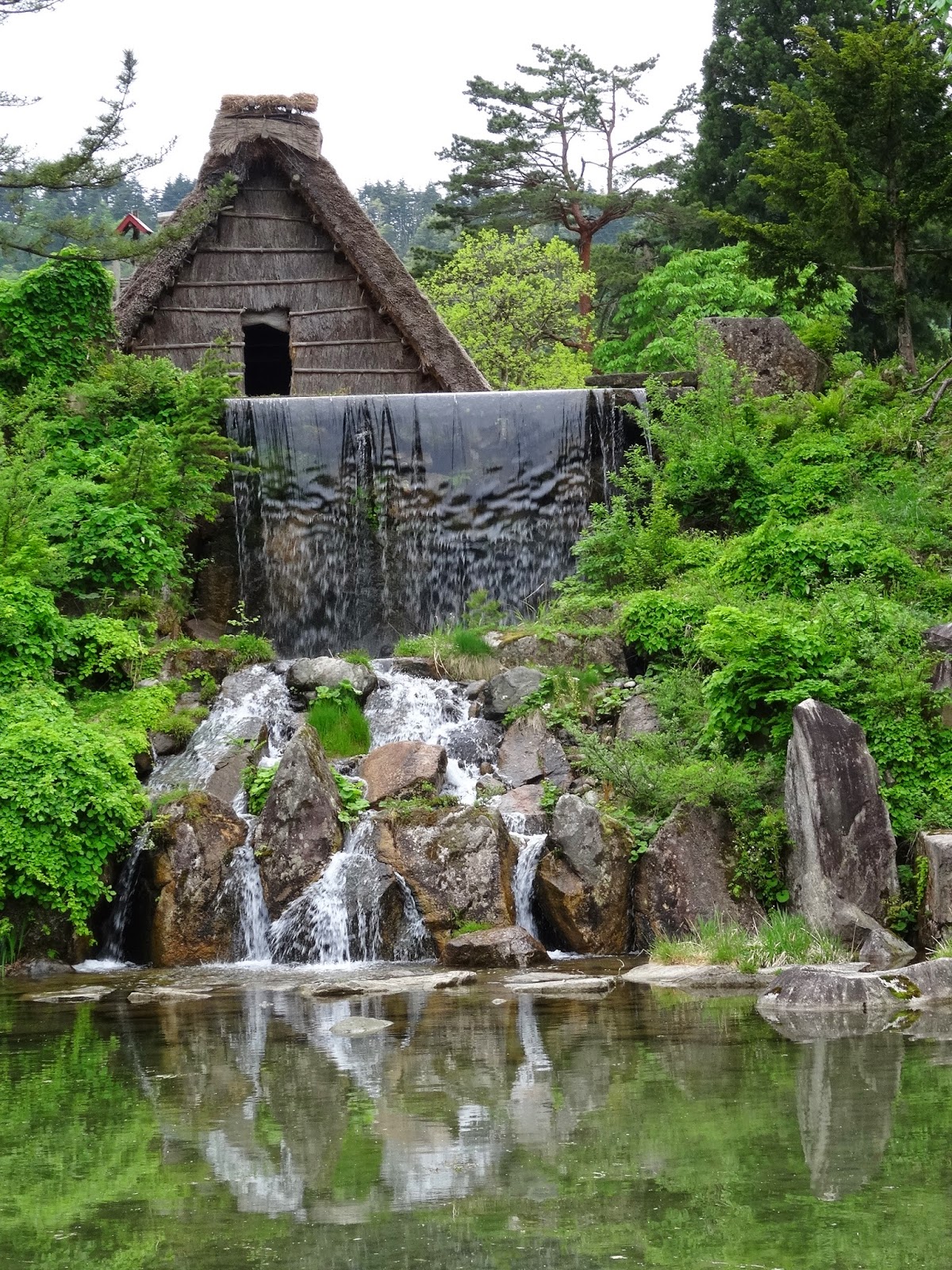 On the same side of the river as the bus stop is
an open air museum I found less interesting than Ogimachi
proper -- but still had some photogenic spots of its own
Posted by YTSL at 8:42 PM

Oh my!! I saw the beautiful pictures of this place and read about it! If I want to visit this place, I will ask you for directions. Whoopee!!place

Here's a link to directions for how to get to Shirakawa-go:-
http://www.japan-guide.com/e/e5953.html

But be aware that it probably will minimally involve at least one train plus one bus ride to get there from where you set out. Still, I think from your reactions to my pictures, you'll find the visit well worth the trouble involved to get there. :)

I've only visited Japan once and never had a strong desire to return, but after reading your latest blogs, my mind has been changed. I see that there really are a lot of interesting things to see, and not all of them temples or shrines, but intriguing folk culture sites...

I like your photos of the village from the view point and especially that bottom one of the water - it resembles a bed of minerals...As for Ponyo, she certainly does look relaxed, making herself quite at home...The Endearing One has become such a veteran traveler of Nippon, that I wouldn't be surprised if she asked you to make her own tatami-matted room!

Very nice photo essay. I so like Bill's idea of a tatami-matted room for Puppet Ponyo. Hehe....Did she receive a model's fee for posing?

As I recall, you visited Kyoto. Am not sure where else you were in in Japan but it's only been in Kyoto and Kamakura that I've felt that the majority of places to visit are temples or shrines.

Re Puppet Ponyo: hehe, I would be surprised -- as she seems quite the modern miss to me. ;)

I'm glad you like the photo-essay. And no model's fee for Puppet Ponyo. Have to say that after her Hong Kong Maritime Museum (deep sea diving helmet) experience, she really has become more into being photographed with museum exhibits... ;b