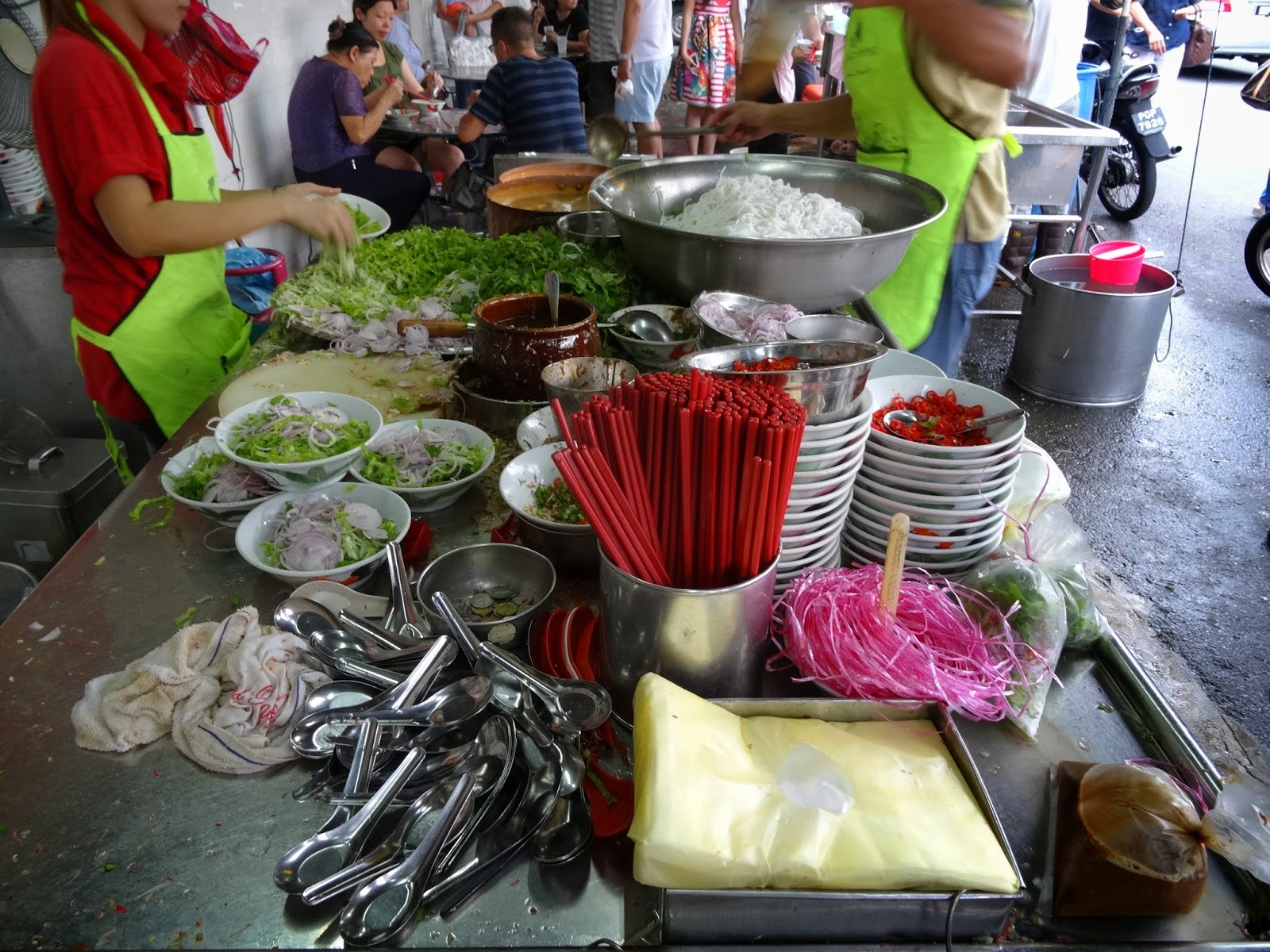 This is the Penang assam laksa stall whose laksa
Anthony Bourdain raved about in No Reservations! :b 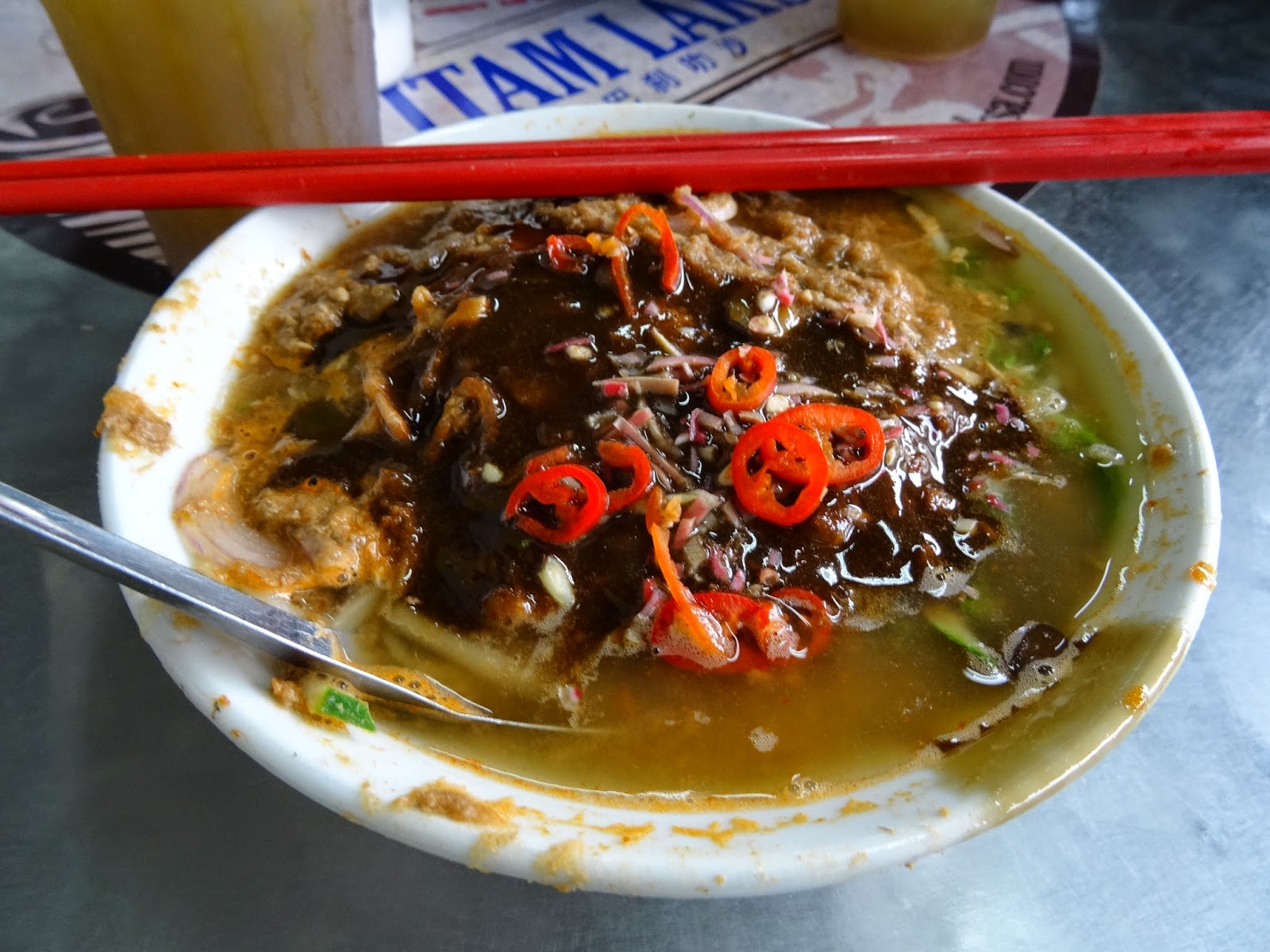 And this is what I had to eat from that stall... ;b 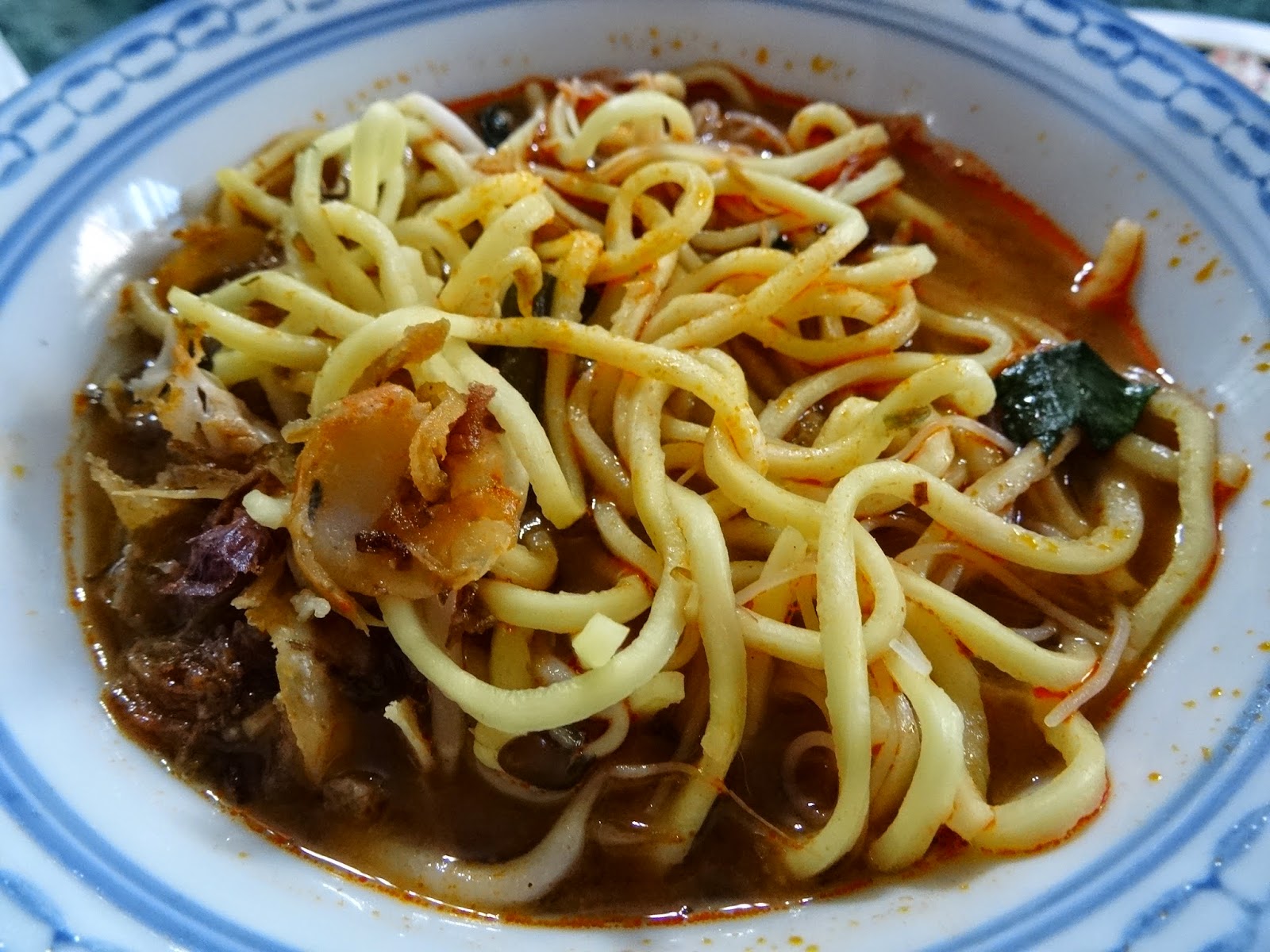 What if I told you that this bowl of Hokkien mee
has that bowl of assam laksa beat? ;D

As regular readers of this blog know, I'm a long time fan of Anthony Bourdain's No Reservations.  In particular, I think he's been spot on with many of his Hong Kong food recommendations -- including with regards to Tung Po and Yat Lok -- and I remember him raving about Sukiyabashi Jiro long before its proprietor became the subject of Jiro Dreams of Sushi and Japanese prime minister Shinzo Abe took Barack Obama to dine there.

And despite his missing out with regards to certain Penang eats that I'd consider must eats (including for myself whenever I return to visit my home state), I do reckon that Mr Bourdain did showcase some pretty tasty morsels in the Penang episode of No Reservations -- so much so that he made me want to go to some of the featured places that I actually had never eaten at previously.
Among these was the (Chinese style) assam laksa store at the Air Itam market that I did know about before seeing Tony eat there... but which doesn't have the best reputation among Penangites.  More specifically, some years back, there were rumors that the stall used shredded paper to help make its vaunted fish stock as thick as it is.  And while I think there's little truth to those rumors (otherwise, why would it have so many long-time fans over the years?), that was one of the reasons that my family chose not to eat there.

On my recent visit back though, my mother and I decided to go ahead and finally give the assam laksa at that stall a try.  Our verdict?  It looked fantastic and smelt pretty good... but it can't beat my favorite (Malay style) assam laksa stall over at Shamrock Beach.  And while it may seem like comparing apples and oranges, I also love my favorite Hokkien mee from Kwai Lock Coffee Shop more -- as can be attested to by the fact that I had the Hokkien mee three times on this recent trip while I was satisfied with eating the Air Itam assam laksa just once!

Speaking of apples and oranges: Growing up as I did in Penang, Hokkien mee for me has always been a prawn curry noodle soup dish.  So imagine the shock I had when, shortly after I moved to Kuala Lumpur (where I lived for a couple of years), I ordered Hokkien mee there and was given a not particularly appetizing looking -- as far as I was concerned -- dark fried noodles!  For, as I subsequently learnt, in other parts of Malaysia besides Penang, Hokkien mee denotes Hokkien char (i.e., fried) mee -- and what we in Penang call Hokkien mee is known as curry mee in thee rest of Malaysia!!:O
Posted by YTSL at 7:42 PM

I've duly noted your recommendations of Shamrock Beach and Kwai Lock Coffee Shop. Should I be fortunate enough to visit Penang again, I will check out their Laksa and Hokkien mee...

Anthony Bourdain's latest travel-food series is currently running on CNN. Traveling, eating, drinking, meeting locals and also getting paid for it, sounds like a pleasant occupation to me.

Both dishes look yummy to me. And I also compare apples and oranges in regard to favorite dishes at favorite restaurants. One American Chinese place has better (to my mind) steamed buns that the other two in our area. However my friends laughed when I suggested we eat steamed buns at one place and the rest of our meal at another place.....it's a 35 minute drive between them...oh well.

One quick note re the Shamrock Beach assam laksa stall: it's only open on weekends -- which is why on my most recent Penang visit, I didn't eat there *sob*!

And re Anthony Bourdain's job: It does indeed seem great but at least a couple of my food editor/writer friends worry a lot about their health because of what they consume (and the frequency) as a result of their work, so I think there are some downsides to his job as well as obvious pluses to it. ;)

Tell your friends that the 35 minute drive allows them to build up an appetite for round 2! ;b