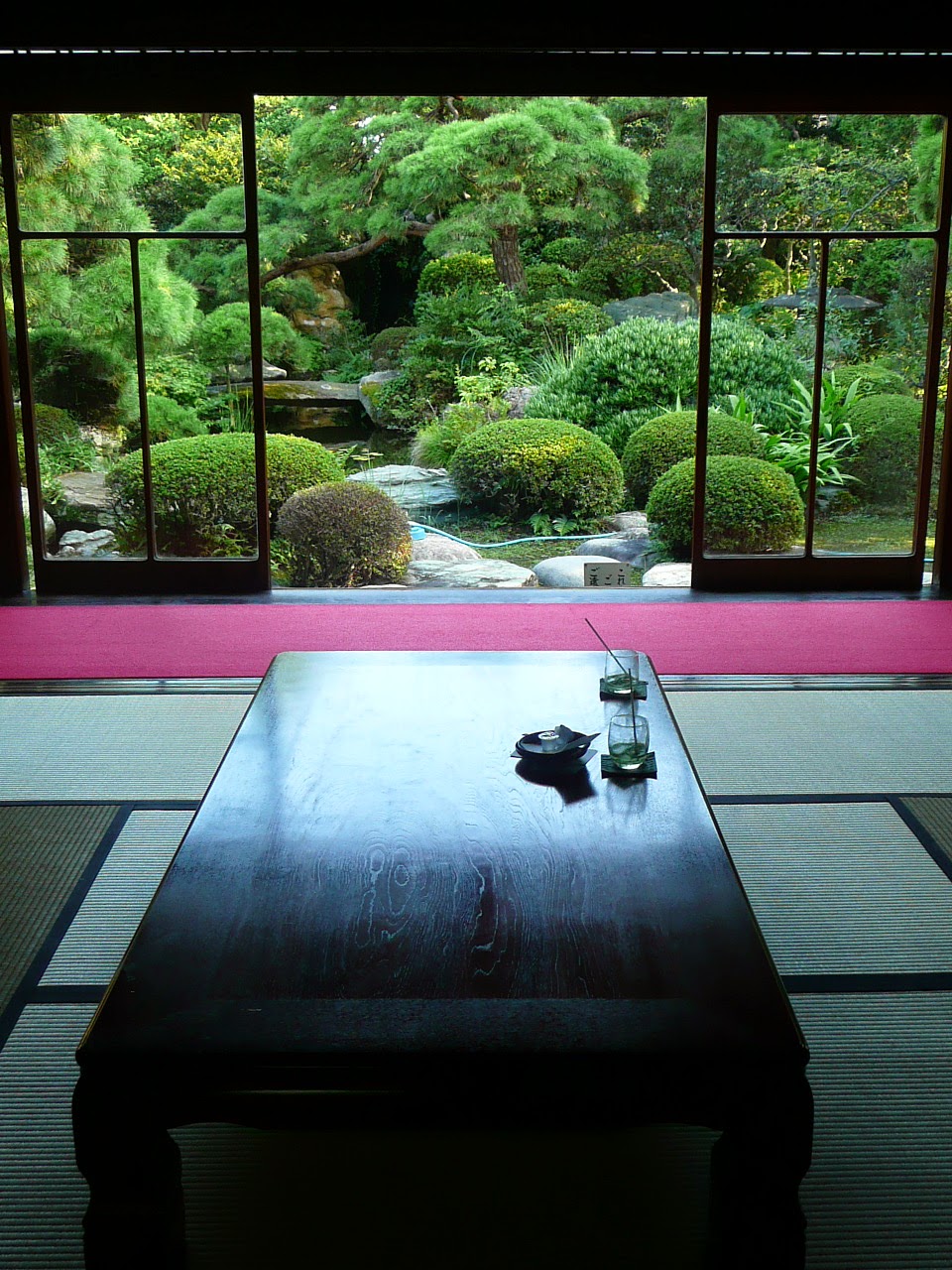 The kind of Tokyo domestic setting that
wouldn't look out of place in an Ozu movie?

For many cineastes, Akira Kurosawa, Kenji Mizoguchi and Yazujiro Ozu are the indisputable big three of Japanese cinema.  As it so happens, the very first Japanese film I ever saw -- and on a big screen too -- was Kurosawa's Ran (1985).  Needless to say, I was bowled over by that epic work -- and went on to check out many of the director's other films.

Years later, a viewing of Mizoguchi's Sansho the Bailiff (1954) similarly inspired me to track down other films by that auteur.  And almost needless to say, I'm now on a similar quest with regards to the works of Ozu -- albeit with a caveat that with this particular cinematic great, I really am glad that I waited, and have been able, to catch a number of his films on a big screen.

For while it's true enough that all of the Ozu offerings I've viewed thus far could be described as small-scale family dramas (some of which, like Late Autumn, also happen to have some wonderful comic touches), many of them have scenes whose spatial compositions really are very impressive indeed along with actors and actresses whose subtle facial expressions and body gestures can reveal so much.

Among those luminaries who've graced Ozu's films, my personal favorite is the mesmerizing Setsuko Hara -- who stars in Late Autumn as a beautiful widow whose loving daughter (Yoko Tsukasa) three well-meaning family friends (Shin Saburi, Nobuo Nakamura and Ryuji Kita) try to find a suitable husband. Later, when they realize that the main reason that the daughter says she is happy to stay single is because she doesn't want her mother to be left alone, the three men set about trying to find a match for the mother too -- but do so in such a bumbling fashion that they threaten to sow considerably more discord and unhappiness than anything positive.

Especially in view of the film's first dialogue-filled scenes taking place at a memorial service, one would not expect Late Autumn to be as amusing as well as generally entertaining as it in fact is.  This it not to say though that it doesn't have its dramatic moments -- and even while those don't involve physical violence, seeing the main character being made unhappy actually was pretty emotionally devastating as far as this particular viewer was concerned.

On a lighter note: I never realized prior to viewing Ozu's films that viewing them would leave me yearning to drink lots of sake (as was the case with Tokyo Twilight) and super hungry for Japanese food (as was the case with Late Autumn, where people are heard talking about or heartily consuming steak, tonkatsu, sushi, ramen and more, and drinking sake, beer and whisky in a number of scenes)!

Do believe me though when I tell you that this particular Ozu masterwork is one more of those movies that shouldn't be viewed on an empty stomach -- and it's a real tribute to the filmmaker that I managed to enjoy viewing this work as much as I did even while also getting ravenous with each passing minute spent in the cinema.  (And for the record, yes, I did run to a Japanese restaurant immediately after the screening that evening!)

Just reading your review of Late Autumn makes me feel like some Japanese food right now!

After the screening, I went and had some yakitori, gyoza, rice cakes and beer at an izakaya. What do you feel like having? ;b

Not sure, cos I haven't seen Late Autumn. But really any Japanese food will do! : P

That's a beautiful shot and interesting post. Missed you at the photohunt this week.

If it hadn't been so late after the screening, I'd have gone for sushi myself... ;b

I was travelling this week (went back home to Penang) but am back in Hong Kong now! :)

You seem to be more impressed with an old classic like Late Autumn than you are with the current offerings at the HKIFF...News about Hong Kong cinema still appears in international news. Example: CNN Go Travel (www.travel.cnn.com) has a brief article on "Hong Kong Female Directors" (Ivy Ho, Clara Law, etc).

In a previous comment I had mentioned that in a critics' poll (BFI, Sight and Sound Mag) Vertigo was voted greatest film of all time. I should add that in a second poll only film directors were allowed to vote. The film that won as the greatest was Ozu's Tokyo Story. The director would have been very pleased.

Personally, I don't put much value in greatest films lists, because it is all subjective. It is fun for people to make a listing of their favorite movies, but as far as the greatest film ever made goes - I don't think it exists.

You're right re this year's HKIFF for me. After all, my two favorite films at the fest were "Dial M for Murder" and "Late Autumn".

Re Ozu: I've bought tickets to two others of his films which are showing later this month as part of the HKIFF's Cine Fan program.

Re "Tokyo Story": funnily enough, I actually preferred Yoji Yamada's "Tokyo Family"! I think a lot of it had to do with my having watched the Yamada film first rather than the older Ozu work.

Also, believe it or not, the film I like Setsuko Hara in the most is not one directed by Ozu but, instead, by Keisuke Kinoshita -- i.e., "Here's to the Young Lady"!