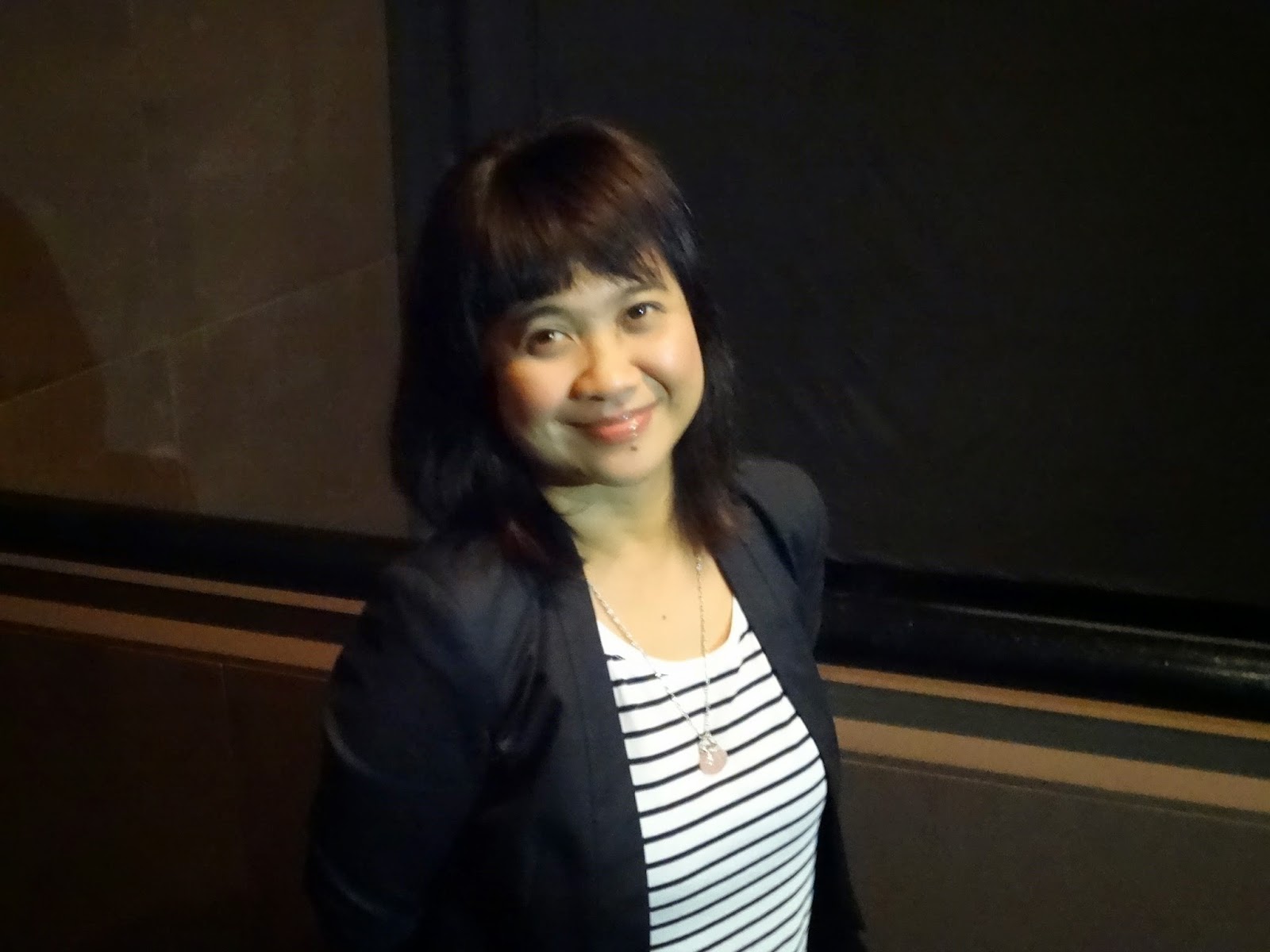 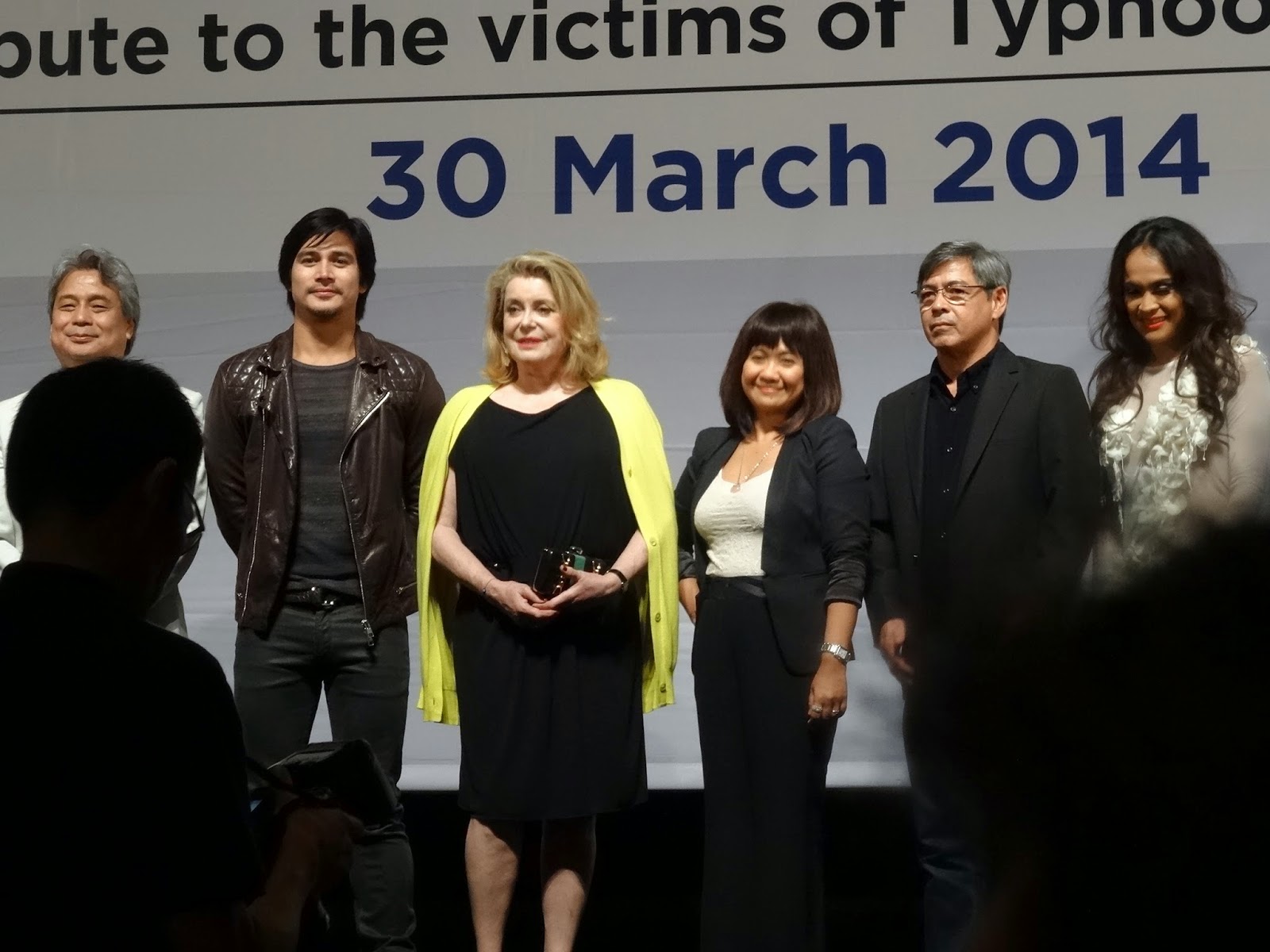 
Three years ago at the Hong Kong International Film Festival (i.e., HKIFF for short), I saw a wonderful documentary that I was so very glad to have seen on the Hong Kong Cultural Centre's super big screen. Oceans was a work that's both thought-provoking as well as absolutely astounding visually -- and it really did feel like a privilege to have been able to come across a rare screening of it here in Hong Kong.


While I know that lightning doesn't strike twice, I've since kept a look out for offerings in the HKIFF programming that might yield a memorable viewing experience like Oceans did -- and this time around, Watermark looked like a prime candidate to do so. Seeing that it's a  documentary work on how water physically leaves an impact on the Earth, I had an inkling that it would feature some memorable visuals.  In addition, thanks to the Sundaram Tagore Gallery (which has a branch in Hong Kong), I am familiar with the impressive artworks of co-director Edward Burtynsky.

Sure enough, Watermark possesses some amazing visual scenes of landscapes and engineering creations that are not only well nigh on astounding but look like they come from the realm of science fiction or some other planet other than ours.  I think here particularly of the views of the agricultural land atop the Ogallala Aquifer, the China's arch-shaped Xilodu Dam (the largest structure its kind in the world) and also the ancient stepwells of South Asia.

But if truth be told, Watermark left me feeling thirsty for more information about what it shows me visually.  Billed as "10 countries, 20 stories -- one epic journey", it would have benefited from having more depth rather than just width -- for however clichéd as it may sound, it really is true that I would like some intellectual substance along with pretty, even if pretty impressive, pictures.


Before anything else, thank you Li Cheuk To - for including this film among your recommendations for this year's HKIFF. If he hadn't done so, I wouldn't have given this
Ferdinand Marcos era drama about a modest woman who, after her husband's premature death, decides to take over as a small town's barber -- and also find herself interacting both with anti-Marcos regime rebels and the corrupt as well as powerful local mayor and his emotionally needy, physically abused wife.
My gratitude goes too to the film's leading lady, Eugene Domingo, for not only making appearances before and after the HKIFF screening of Barber's Tales last Friday but also for sitting and watching the movie (from start to end for only the third time, she told me) with the audience, and graciously and patiently posing for photographs with and taken by her fans (including this new one -- post viewing this film -- in me)!  Her presence at the screening was a lovely icing on an already very enjoyable cake of a movie with a big heart and substantial soul.

Barber's Tales actually started unpromisingly since the subject of its early focus, town barber Jose, was one of those good-looking men whose behavior is less attractive than their looks and his wife Marilou appeared to be a passive doormat who had long accepted her not particularly pleasant lot in life.  But things perked up considerably cinematically after Jose suddenly dies after a night on the town and Marilou blossoms from wallflower to a complex and humane character.

Of course this is not to say that Marilou suddenly finds it all to be easygoing after she becomes a widow.  Suddenly having to think and make decisions for herself, she also has to combat the kind of sexism that is the expected norm for the place and time.  Even more dramatically, she finds herself making certain discoveries that leads to a harsh political awakening and then a realization that it's impossible to be neutral even though she finds herself being sympathetic to certain individuals on different sides of the political equation.

Where Marilou is fortunate is that she has true friends and allies.  In addition, she happens to be blessed with a heart that's big enough to not be envious of -- and instead worry and care about -- another woman (the mayor's wife, Cecilia) who, on the surface, would seem to be in a much more fortunate position than herself.


Technically, Barber's Tales is no great shakes -- and it's pretty obvious that its production budget was on the modest side.  But June Robles Lana's direction is sure indeed and the cast acquits itself well in some cases and immensely well in others.  In particular, Gladys Reyes is a lively spark as Susan, Marilou's regularly pregnant friend who one day comes up with a particularly innovative method from stopping her husband from wanting to have sex with her (and consequently make her pregnant once more), Eddie Garcia convinces as the kind of beloved kindly priest the Catholic church would do well to have more of, and Iza Calzado makes Cecilia more three dimensional than lesser actresses would be able to do.


In addition, there's little doubt that Eugene Domingo is not only the film's anchor but also its strongest suit.  More than incidentally, seeing the actress in real life was quite the revelation because she obviously is considerably different in status and personality than her Barber's Tales character.

Even more astounding was how much younger she appears to be than Marilou.  And while it's no small feat for an actress to appear glamorous and there is indeed some skill involved for many people to appear younger than her age, my own sense is that it's rarer for an actress to de-glamorize and not only appear dowdy but actually physically and psychologically older -- hence my finding this film's star's portrayal to have been quite the admirable revelation!

The Barber's Tales sounds wonderful! I will keep an eye out on the Sydney Film Festival program to see if the film is part of it. Thanks for the recommendation!

"...it's rarer for an actress to de-glamorize..." Sounds like a great performance. As I read your review, I was thinking to myself that if this were a Hollywood film, Domingo would stand a good chance of winning a Best Actress Oscar!

You're welcome re the recommendation and I hope that "Barber's Tales" will be screened at the Sydney Film Festival for your sake. :)

I enjoyed reading your reviews and like Samson I hope that "Barber's Tales" will be screened somewhere where I can see it.

I don't think it's the kind of film that will be shown at Montreal's Fantasia fest. I wonder if it stands a chance of being screened at the New York Asian Film Festival or more general New York Film Festival?