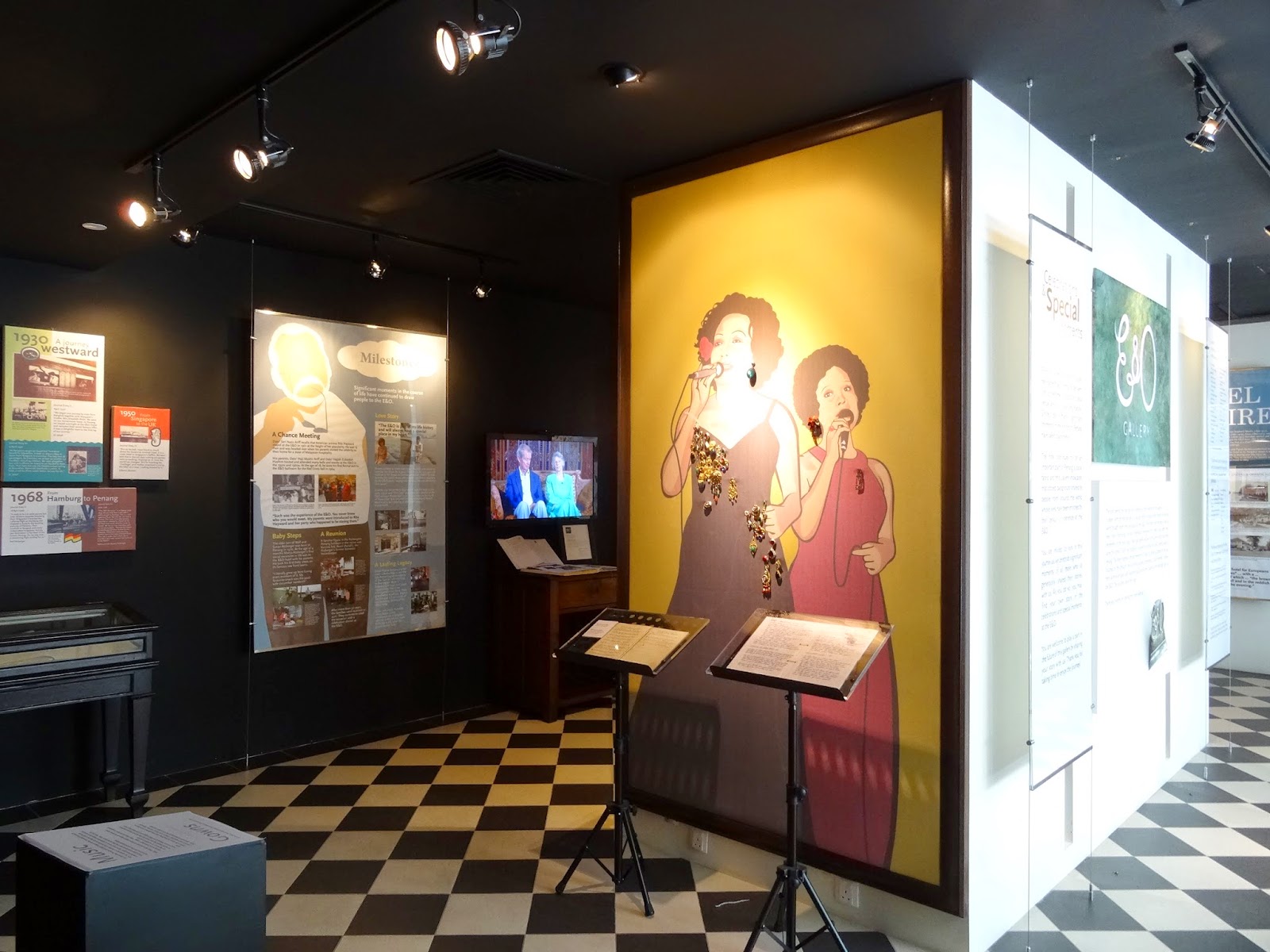 At the E&O Gallery in Penang,
music can be heard as well as sights seen 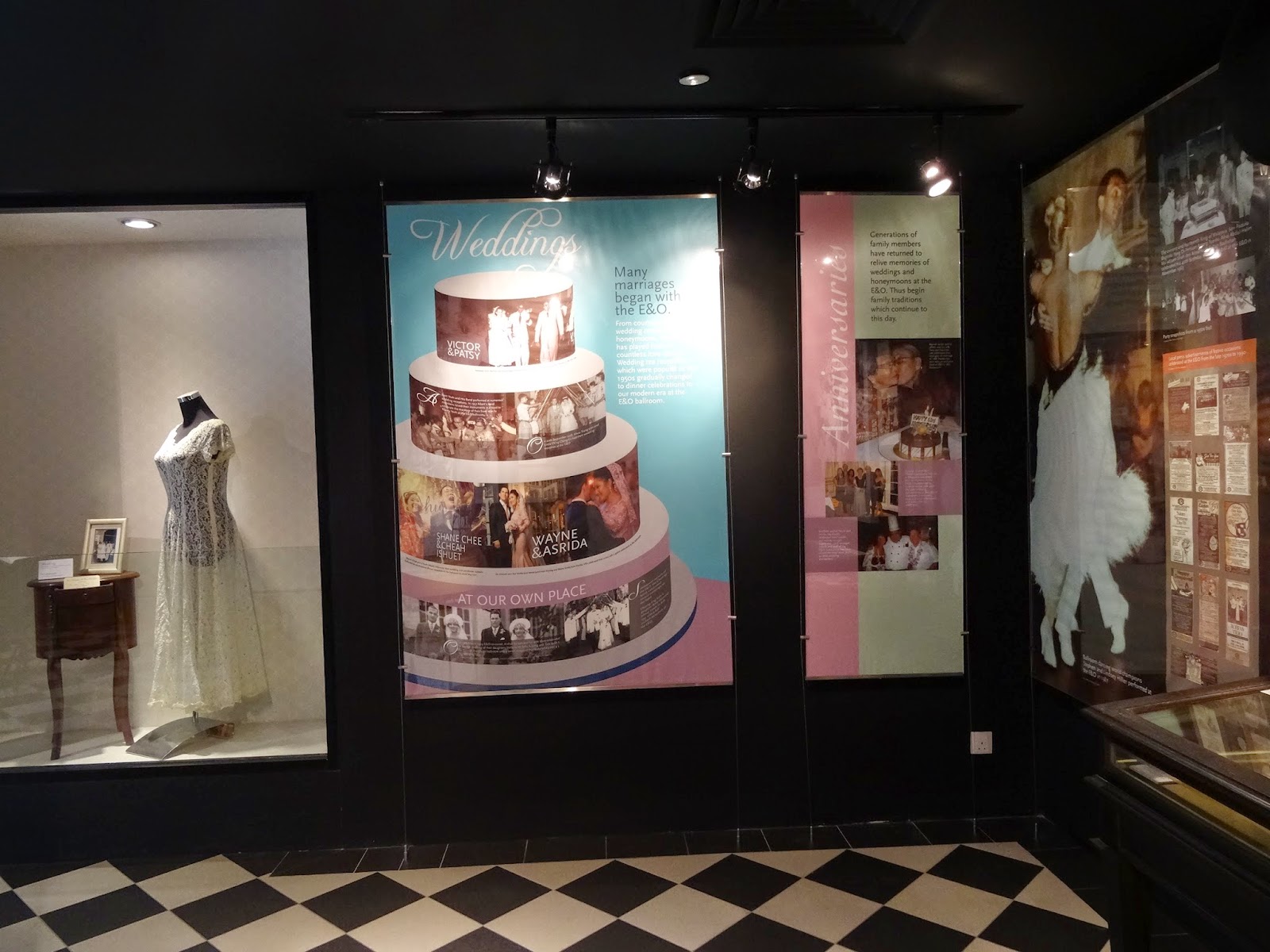 Located in the Eastern & Oriental (E&O) Hotel's
Victory Annexe, the social history gallery is open to
the public and doesn't charge for admission 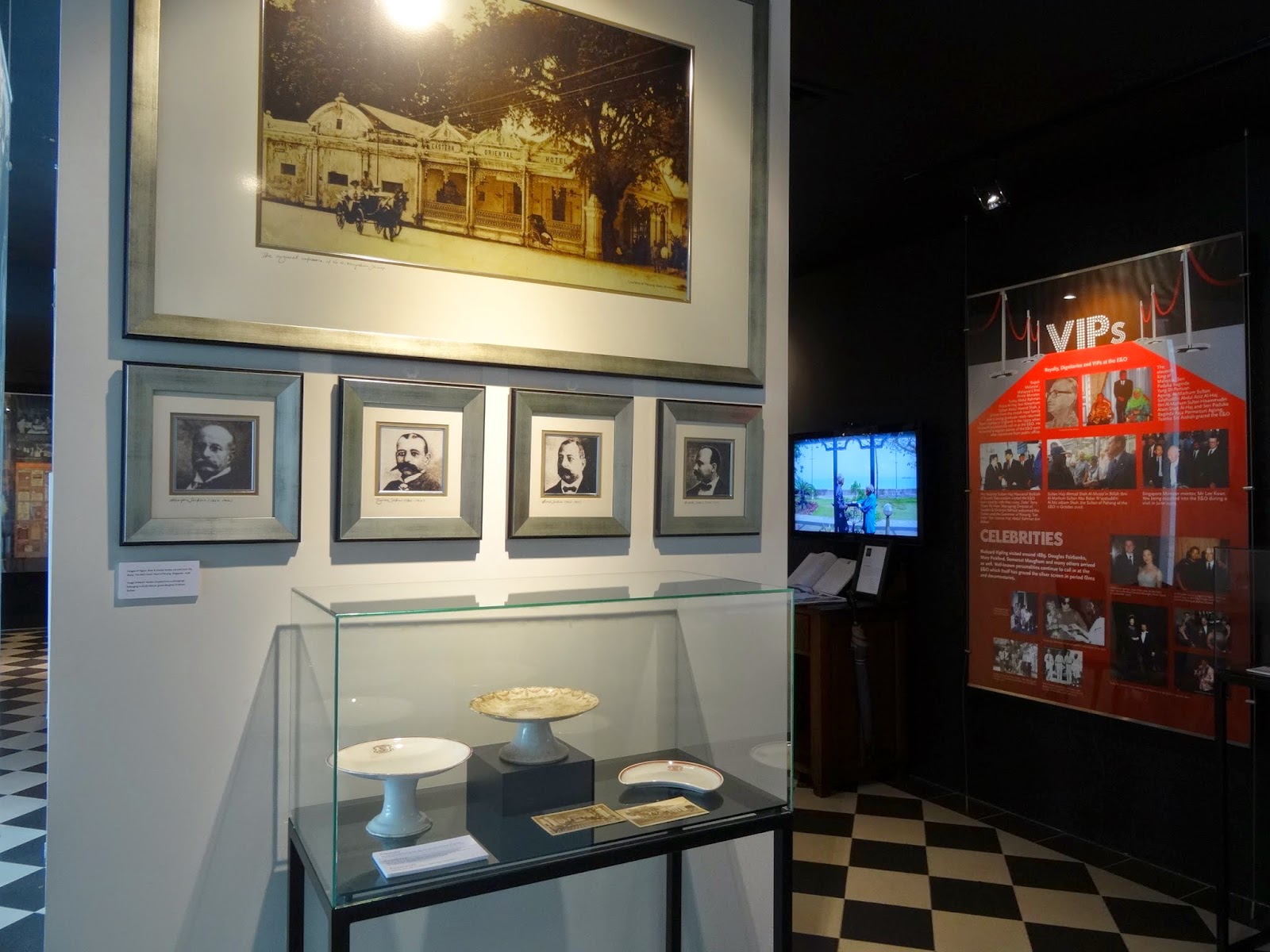 It contains information about the hotel's owners,
guests and staff over the years -- and how much a part
of Penang's socio-cultural heritage the hotel is... 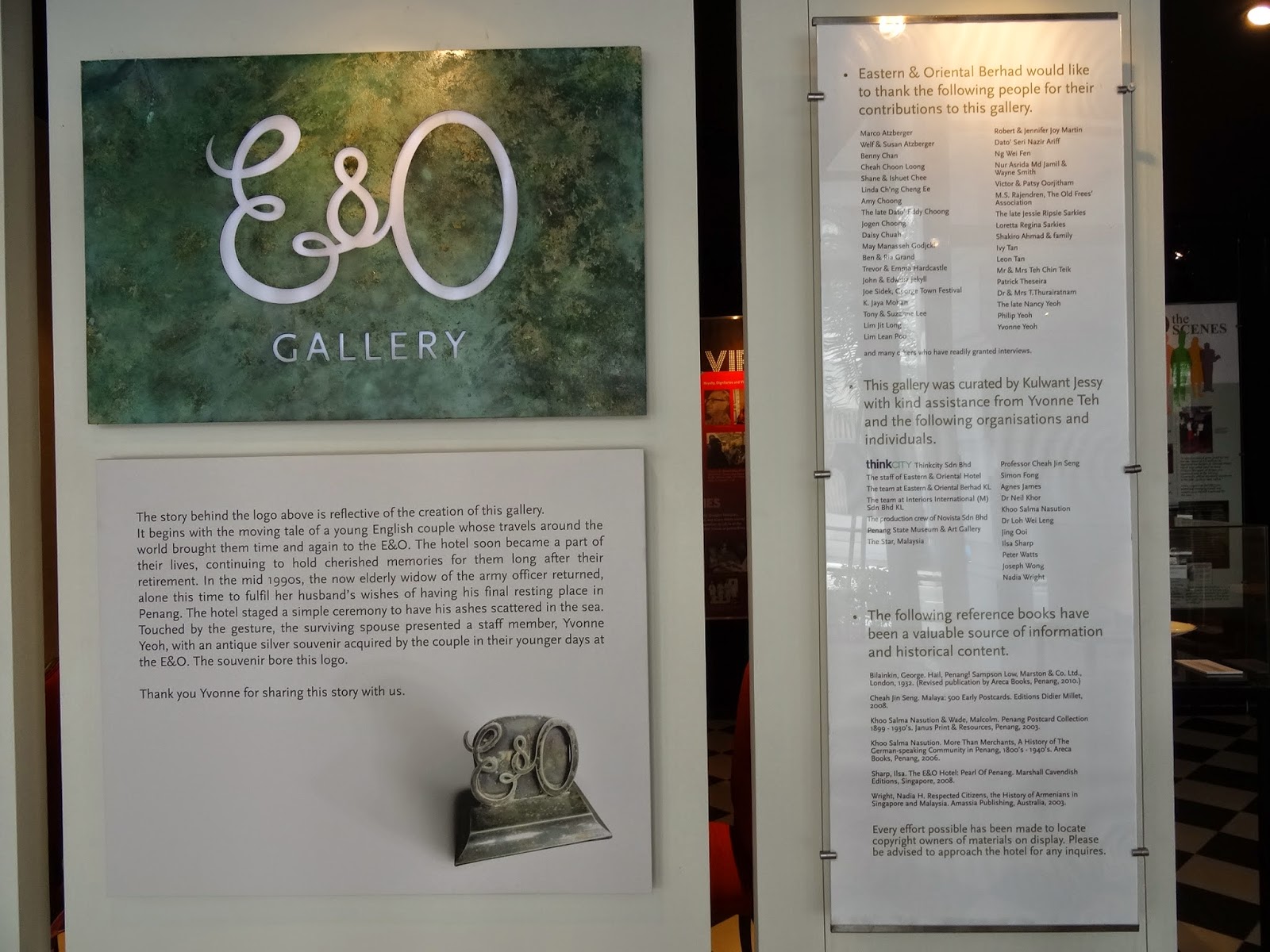 ...and it's no small amount of pride that I can say that
I had a part in its coming into being, and am grateful
that my name can be seen at the gallery :)


This time last week, I was in Penang.  This recent short visit (of just five days) was the first time I had been back on the island of my birth for about one and half years -- and the first one in a while that saw me go back for an actual holiday rather than for work.


While Hong Kong has been my primary workplace for close to seven years now, the period between May 2011 and October 2012 saw me also assuming a consulting position on a museological project in Penang.  In the time between then and this recent Penang trip, the E&O Gallery opened its doors at the Eastern and Oriental Hotel which occupies a geographical location close to the UNESCO World Heritage-listed sections of George Town (Penang's capital city) and also a place in the hearts of many Penangites and visitors to it.


As might be expected, I decided that a visit to the social history gallery was a "must do" on this trip -- this not least because I wanted to see how many of my recommendations would be put into effect!  So one morning, I headed over to the E&O -- as it turned out, after revisiting some nearby areas to see new and interesting sights that had come into being there as well as appreciate some old haunts.  (More on that in a future blog entry, I promise!)


Should anyone wonder, I was well pleased with what I found at the E&O Gallery, and ended up spending close to an hour there marvelling at how wonderfully it all ultimately came together.  About the one regret I have is that the place looks so good that it actually might intimidate potential visitors and get them thinking that there's a high admission fee (when, in fact, there actually is none)!

So here's doing my bit to try to get the word out that entry to this air-conditioned oasis of a gallery that offers a multimedia experience really won't cost visitors a cent -- for I'd love more people to behold something that I am proud to have had a hand in creating, and that I actually think they might enjoy checking out! :)
Posted by YTSL at 12:51 AM

What a great place and how proud you must be to have helped in getting it started. So cool I love museums and galleries :)

HI YTSL -- Looks great and so cool you got big recognition for helping them out!

Years ago, on my first visit to Penang, I stayed at the Eastern & Oriental hotel. I have always wanted to go back for a visit, now there is more reason to take a look. :)

Thanks for the comments. The thing with the gallery is that whereas I've worked on other exhibits, etc., I've never had been acknowledged so prominently as in the E&O Gallery! Also, exhibits tending to be on the temporary side, all the other ones I've worked on are no longer in existence... and sadly, I didn't take photos of many of them to remember them by! ;(

Thanks, it really is. BTW, if you ever visit Penang in the near future, do please go there and visit!

Thanks to working on that project, I too can say that I've stayed at the E&O. The rooms are pretty enormous, huh? ;b

Hi Yvonne,
Nice to read about your recent visit and involvement in your hometown's history. What I recall most about the E&O is drinking beers in the dark wood bar - and thinking about the ghosts of writers from the past who stayed here. (I didn't actually stay at the E&O, but at the more modest Cathay Hotel, years ago. I'm sure this hotel has been renovated and lost some of its character).

Am not sure if it's the same bar but I've done my share of drinking in Sarkie's Bar too. My tipple of choice there though is vodka martinis. I think they make the best vodka martinis in Penang there.

Re the Cathay Hotel: the last time I took a peek in it, it didn't look too different from when it had featured in an early scene in "The Touch" (yeah, that movie starring Michelle Yeoh...).

Daisann McLane is another fan of the Cathay Hotel. You can check out a blog entry (with photos!) of hers here:-
http://daisann.com/2008/03/01/penang--at-the-cathay-hotel.aspx

What a wonderful exhibit and I'm glad you helped with it......and were recognized for your work!

Yes, it really made my day -- week even -- to see how wonderful the gallery has turned out to be, and to get mentioned in it. :)

Thanks, am happy it's got your seal of approval! :)