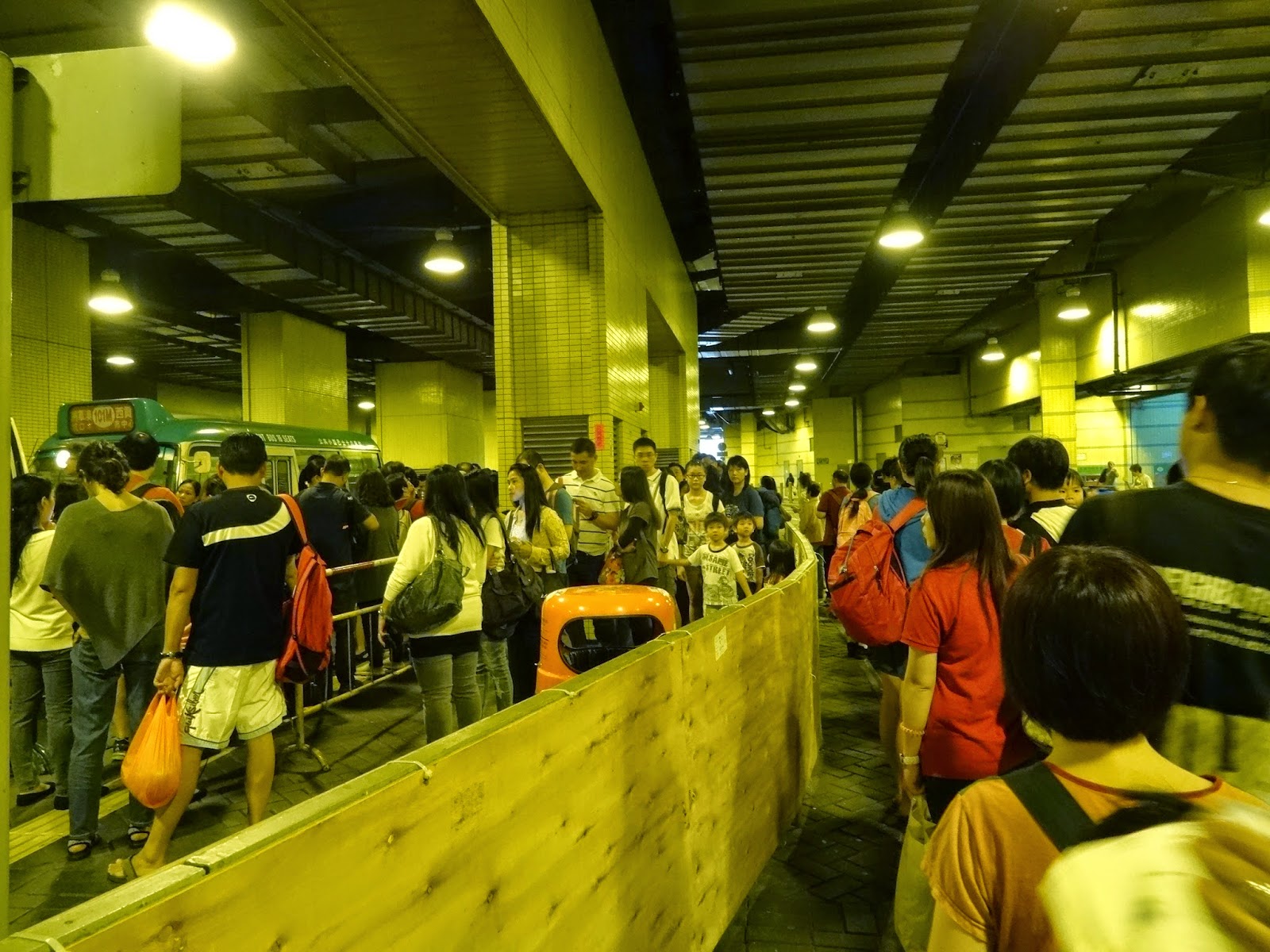 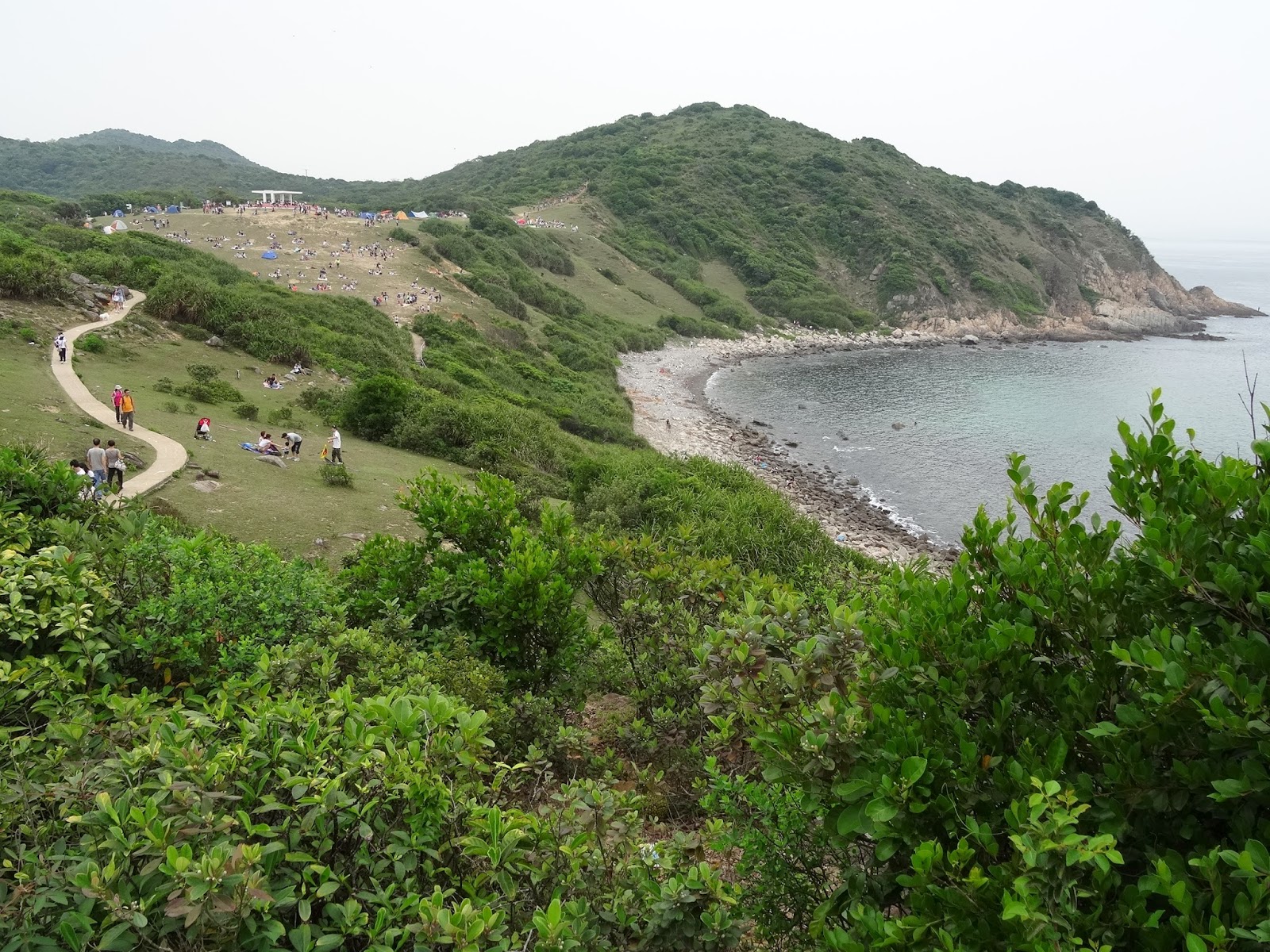 After my hiking friend and I made it to Tap Mun,
we found that plenty of other people also had decided
to spend the afternoon on the northeastern Hong Kong island 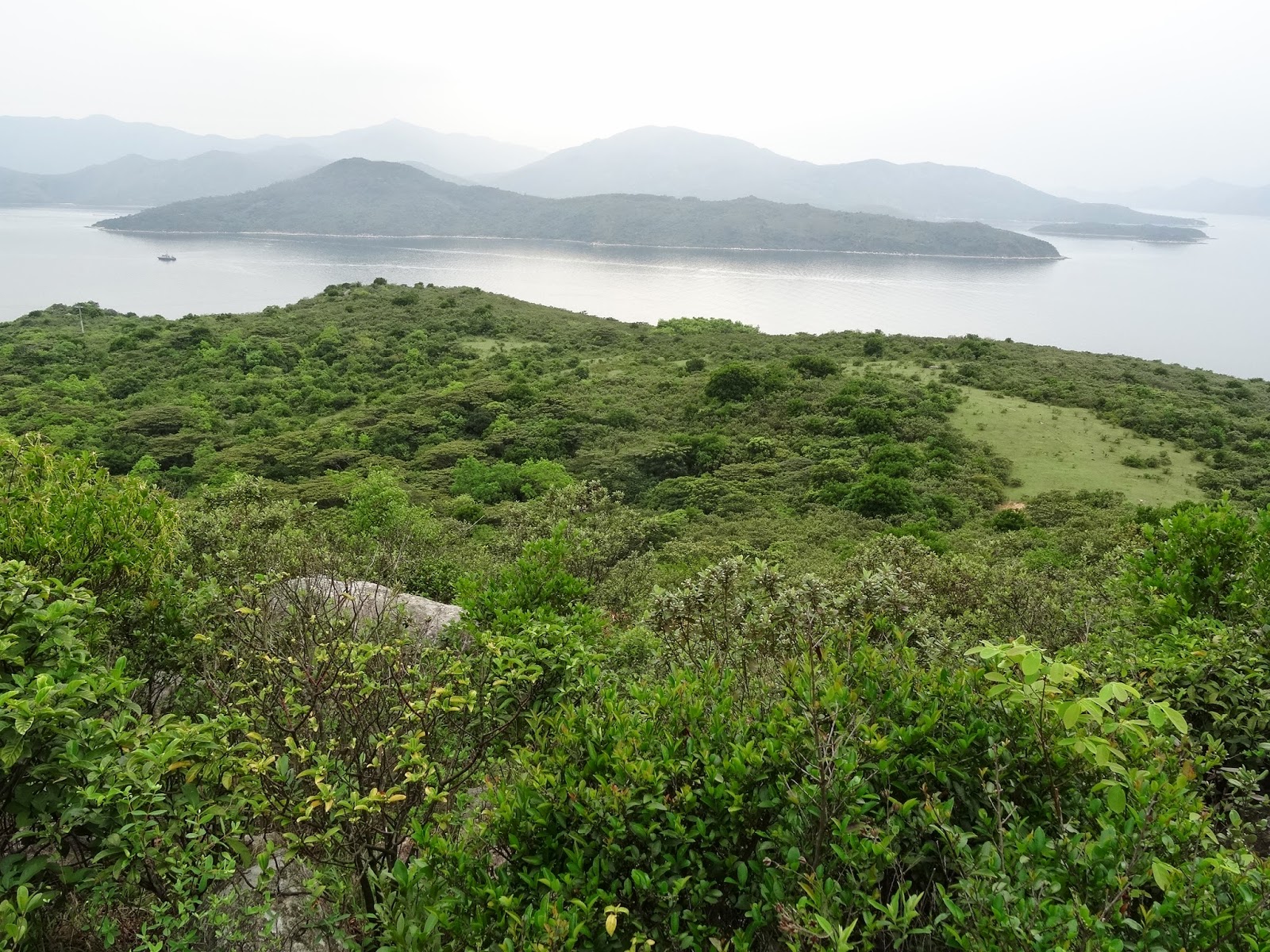 Upon getting to the northern end of the island, however,
we found to our satisfaction that few people had thought
to venture out to this consequently quiet as well as
green and scenic portion of Tap Mun :)

While waiting to take the green minibus to Sai Kung from Hang Hau MTR station this afternoon, I found myself having to join a queue that was considerably longer than any I've ever seen at that locale.  'Why was this so?', I wondered.  After all, it wasn't a particularly beautiful weather day today.  Midway along my journey on the minibus, however, I got to realizing that it's Easter Sunday -- and that a whole bunch of people had decided that the area known as Hong Kong's backyard would be a great place to head out to for the day!


After meeting up with my friend in Sai Kung town, we decided to head over to one of the more distant parts of Hong Kong Island: namely, the small, sparsely populated island of Tap Mun (aka Grass Island) which I've only visited once before several winters ago.  One bus and then a kaido ride later, we were at our destination -- only to find that sections of it were crawling with way more people than on my previous visit!

Something else that I discovered is how much more developed Tap Mun has become.
Among other things, there are more eateries on the island.  Also, the trail on the southern side of the island has been paved.  Furthermore, an unpaved, hilly trail which previously had defeated the person I had made my first visit to the island with all those years ago had now been turned into a (long) flight of steps and that hilltop crowned with an impressive pavillion.

Still, it's not as though Tap Mun is home to a thriving town, nevermind mega metropolis, and after going just a few meters north of the pavilion, the path becomes unpaved and the crowds accordingly peter out -- a state of affairs that pleased my hiking friend and myself quite a bit.  Consequently, we ended up spending more time on the quiet -- that is, when the cicadas that were out in force today weren't buzzing loudly! -- northern section of the island, happy to be far from the madding crowd at last!

Although I wish I could report otherwise, we ended up not making a complete circuit of the island because it didn't look like there was a trail that allowed us to do so.  Instead, we had to backtrack a bit shortly after taking in the view seen in the third photo from the top of this blog post.  Happily though, we didn't have to do so all the way to the Pavilion and nearby steps as we found another trail midway that took us back along a more western route.

From where the trails met up, we headed southwest this time and ended up getting to Tap Mun's main (only?) village from the back of its impressive Tin Hau Temple which dates back to the 18th century.  Seeing it reminded me that it'll be Tin Hau's birthday just two days from now -- and got me thinking I'd like to visit Tap Mun on that day, only I'll have to be at work then, alas! ;(
Posted by YTSL at 11:53 PM

I haven't been there before. It sounds like it is worth a visit.

Tap Mun's recommended for a visit -- just not on a public holiday like Easter Sunday! Still, even then, the northern part of the island's not too crowded... ;)