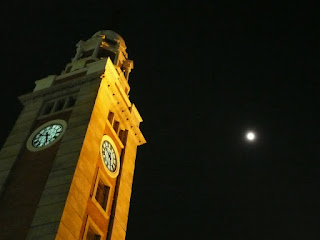 For those who asked for more movie reviews on this blog, I thank you for your interest -- though I have to admit to feeling somewhat intimidated by the strength of some of your enthusiasm! And without further ado, here's one more to add to the collection:-
Pink Tears (Hong Kong, 1965)
- Chun Kim, director
- Starring Julie Yeh Feng, Ling Yun, Petrina Fung Bo Bo, etc.

The Hong Kong Film Archive's splendid Patrick Lung Kong retrospective that goes on through to May 8th includes three reference works (Chor Yuen's The Joys and Sorrows of Youth, John Woo's A Better Tomorrow and Derek Yee's The Lunatics), and a few works that he was assistant rather than primary director on. This 1965 Shaw Brothers production is one of the latter -- and the difference between it and the Lung Kong-helmed works I've thus far seen are quite noticeable even though the Hong Kong Film Archive programme catalogue states that "It's not difficult to recognise how Chun's skillful employ of mis-en-scene within the confines of romantic drama... inspired Lung to repeatedly return to the genre as a director, rising above genre restrictions to pursue his own interests."

For one thing, this melodrama about a widow who happens to be a glamorous courtesan as well as loving mother is in Mandarin rather than the Cantonese of such as Prince of Broadcasters or The Window. For another, it boasts the kind of sumptuous sets that are characteristic of the circa 1960s Shaw Brothers movies. For a third, its focus is not on young adults but, rather, a woman (essayed by Julie Yeh Feng) with the kind of curves that bear testimony to her being in her physical prime, the pianist-music teacher who falls for her (Ling Yun) and her pre-teen daughter (Petrina Fung Bo Bo -- who I still can't quite believe that I had the privilege of meeting earlier this year!) who also happens to be his music student.

Alternatively, I'll grant that this movie is similar to those that Lung Kong would go on to helm in that it does seek to socially educate as well as tell a bitter-sweet tale of a good woman and good man who find numerous obstacles standing in the way of their long-term love and happiness. Also, much to my great pleasure, the film is yet another from that era that begans with establishing shots of Hong Kong -- and this time in color rather than black and white -- that allow audience members to feast their eyes on panoramic views of a city with far fewer and lower structures than are to be found in the present day.

Still, when all is said and done, the best thing about this film has to be its charismatic female lead. Admittedly, it can be a bit disconcerting to see Julie Yeh Feng in a Shaw Brothers rather than Cathay movie. And for all of her obvious sex appeal, I do think she's best when playing elder sister to Jeannette Lin Cui (in such as Our Sister Hedy and Sister Long Legs). However, I'm not going to complain much about Yeh Feng's appearance in this movie -- not least because the audience is treated to her singing the kind of soulful song that tears at one's heart and -- yes, I admit it -- got my tears flowing (if not the first time around, then later on in the work after certain events take place that give added weight and meaning to the song's lyrics).

YTSL, considering that the film managed to jerk a few tears out of you, I'm curious why you were so lukewarm about it.

I've seen it myself and remember liking it -- but I don't remember much else about it. So, maybe I answered my own question! ;p

Finally, although I love Yeh Feng in the movies you mentioned just as much as you do, I also like her later work at Shaw Brothers, from The Shepherd Girl and The Warlord and the Actress to the melodramas she made with Chun Kim. She may not be as sexy in those films, but she's still a great actress.

Thanks for the review!

oh, i agree with you about the shaw and cathay dichotomy..cathay was always more well known for its melodramas..

It is great that you are reviewing again I hope you'll see more films that will urge you to write about them.

I can't wait to see this. I found this on DVD during this trip and I'm very happy about that as it was a major Shaw film -- in my mind -- that I still needed to see and own.

More importantly, you paid money to see Future X-Cops and you gave it a 4.5? Why such a high rating? LOL!

I mean, my current HK cinema standards are low; I'll watch almost anything. But I have a hard time imagining you sitting through that entire film.

Before anything else, have to admit that -- although I know a few people who are prone to blubbering even more than me -- I cry fairly easily when watching movies. To give you an example: when I see Sammi Cheng cry, for whatever reason and in whatever movie, I can't help but cry too!

Re "Pink Tears": I only cried once -- and to counter that, there were a couple of times when I laughed out loud because it all got too hokey and melodramatic -- and once, a stranger sitting a few seats away turned and smiled in acknowledgement as I got the feeling he too felt similarly to me about the scenes. :D

Lastly, I have had "The Warlord and the Actress" on DVD for a while now -- and am keeping it for a rainy day. :)

Waaah, another blast from the past! Welcome back to reading and commenting on this blog. :)

Er... why didn't you buy a ticket to watch the movie on a big screen since you're here??? :DDD

As for "Future X Cops": hmmm... maybe I'll write a review about it that explains why I gave it a relatively "high" 4.5 rating! (And yes, I really did stay for the entire film.) ;b

Reading your posts (plus others) the Hong Kong Film Association sounds like a resource that simply doesn't exist in the United States. The Film Society of Lincoln Center is nice but doesn't have the same coverage of, for example, American films as the HKFA does for Hong Kong.

Then I read glen's account of being turned away (or chased away) and realized the HKFA wasn't really heaven on earth.

Regarding crying at movies (or operas, plays, etc.) my wife gets moved to tears very easily when she is caught up in the emotion of the characters--including during productions that she didn't particularly like.

As do I but not as often. Happens to me more at the opera than movies or dramatic productions.

Firstly, a quick correction: it's the Hong Kong Film Archive (not Association).

Secondly, thanks for referring me to Glenn's blog entry. As I commented on its thread, the way to go is to buy tickets in advance for the screenings -- including at URBTIX outlets located in various parts of Hong Kong.

Something else I will add here is that the Hong Kong Film Archive is located in an interesting part of Hong Kong -- that's worth walking around and checking out. So if ever you found yourself with time to spare in that area...