As I write this, we're deep into autumn here in Hong Kong, with temperatures this week being due to go down to as low as 13 degrees Celsius at times and the air being so dry that I have had to slather mosturizer on my skin once again. Back in June when two friends and I hiked the Lung Mun Country Trail however, it was hot and very humid.

Indeed, it had rained so much the day before that the mountain streams were swollen (and in a few cases, overflowing -- as will be seen in a few photos below) and there had been a few landslides in the area! And to add to the sense of danger, this was the second hike I've gone on in Hong Kong in which I happened to catch sight of at least one snake; albeit ones that slithered out of sight too quickly for me to photograph -- something I have to say I'm not all that unhappy about!! ;S 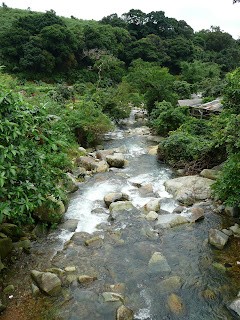 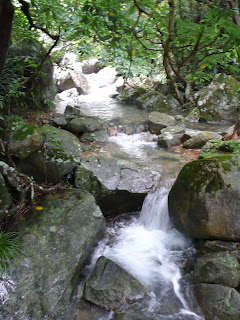 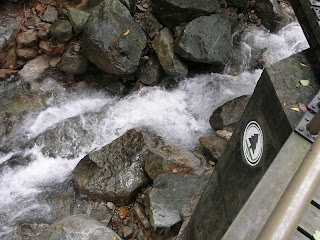 Also, that this other mountain stream was in full flow
(And was I glad that there was a bridge over it!) 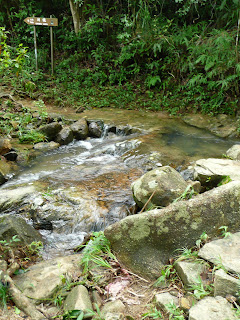 This other stream, however, didn't have a bridge
over it -- and normally wouldn't need to but
times when it overflows onto the hiking trail
surely aren't all that normal! 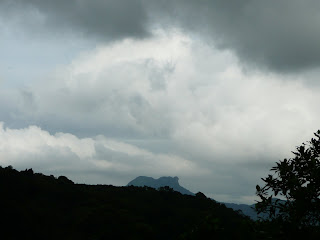 Very fortunately, although the skies looked threatening,
the heavens never opened during our hike! 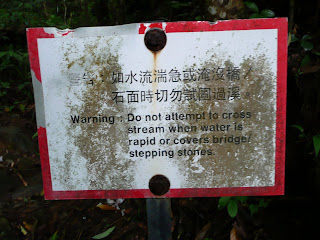 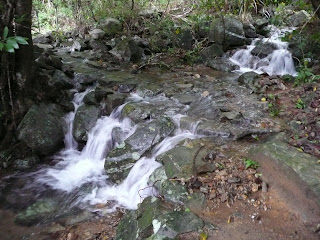 As it so happened, however, we elected
to cross this overflowing stream as the other alternative
would have been to spend more hours than we wanted
to back-trekking along the trail... ;( 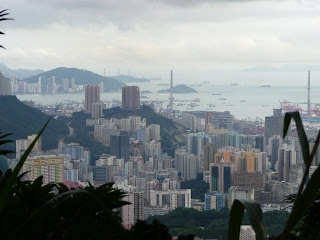 So why do I hike? Among other things:
for exercise, to be closer with nature and for fresher air
but, also, to be able to behold grand views like these! ;b

That is a grand view!

I'm glad you didn't get washed away on your hike!

Lovely photos! Those streams look lovely, even though they're swollen. Yes, it does the world of good to walk in the open air amongst the joys of nature.

Wonderful photos. Personally I think the pictures of the rushing water and green vegetation are the "great views" in this photo essay.

No fear re getting washed away. The worst thing was that my sneakers got waterlogged, smelt quite a bit and took days to dry! ;b

Well, I think I'd enjoyed how the streams looked more if I hadn't had to walk through some of them... ;S

The streams are very pretty-ish. I like the sounds of gently-rushing water.

I like the sound of gently rushing water too but on this hike, the water was rushing not so gently! ;S