Unlike many of this past week's blog entries, this post isn't completely Hong Kong International Film Festival (HKIFF) related. However, there's no denying that it has HKIFF connections since all of the following photographs were taken on my recent visit to Hong Kong; a majorly large part of which involved going to and from as well as attending HKIFF screenings.

Put another way: Many of these photos were taken around the vicinity -- or, at the very least, within walking distance -- of HKIFF screening venues. Also, one of the pictures is of HKIFF Awards Gala presenters and honorees while another captures a notable HKIFF attendee in the midst of collecting material for his blog. Then there are the photos of places with cinematic connections on account of their having appeared in at least one Hong Kong film.

So, okay, I admit it: i.e., that when you put this all together, what you have is photographic evidence of my time in the Fragrant Harbour often being spent walking in a movie inspired daze as well as my visits to that territory largely being motivated by my love of the cinema of Hong Kong -- and this especially so when it's that time of the year when the HKIFF is on! ;b 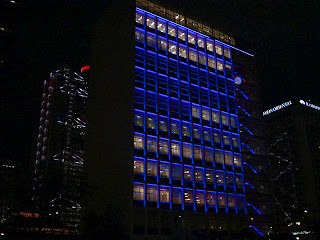 Hong Kong at night
-- more specifically, pictured here are
the High Block of the Hong Kong City Hall in the foreground,
and the HSBC Bank Headquarters and the Mandarin Oriental Hotel
over on each side in the background 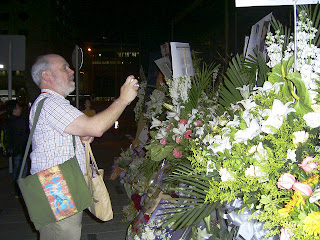 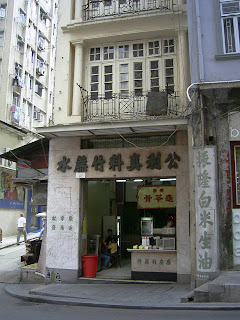 Modest this herbal tea shop on the corner
of Hollywood Road and Peel Street may look,
but it's got a place in Hong Kong movie lore
by virtue of its having been the primary locale featured
in Herman Yau's charming Herbal Tea (2004) 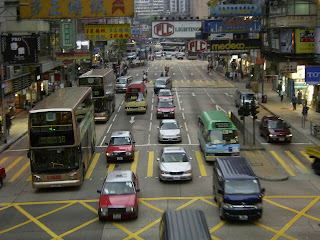 Mongkok Road in the Kowloon-side district of Mongkok
-- the part of Hong Kong associated with movies galore,
including One Nite in Mongkok (2004), Mongkok Story (1996),
Task Force (1997) and Queen of Temple Street (1990) 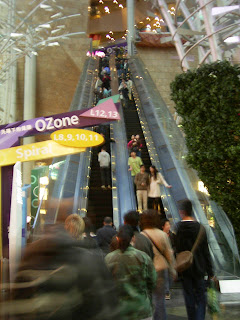 The super long escalators of Mongkok's Langham Place
which, to my mind, deserve to feature in far better films than
One Way Street on a Turntable (2006)! ;S 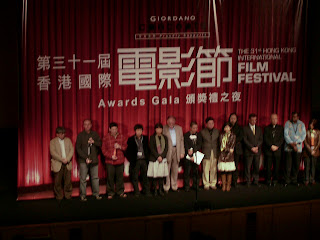 The HKIFF's actually quite low-key Awards Gala
took place before the screening of The Go Master (2006)
that I attended on the evening of 3rd April, 2007 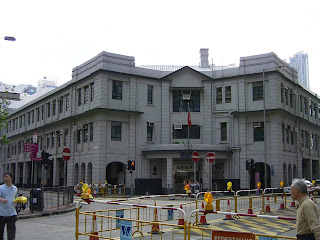 One of my favorite buildings in Hong Kong --
that of the Yau Ma Tei Police Station
which has appeared in tons of Hong Kong movies
and also functions as a sign that you're close to
the marvelous Broadway Cinematheque and its attendant shops
(including the superb Kubrick bookstore) :)

wow, this reminds me of our trip. so much fun and of course going broke in kubrick!

Tee hee hee! And now, the question is: does this remind you at all of your most recent trip to Hong Kong that was sans me as your tourguide? ;b

Great picture of the City Hall at night.

Glad you like that picture of City Hall at night. Have only recently started experimenting with taking night photos and that was one of those that looks to have come out okay. :)

if you come to hongkong and you are there, it's a no brainer that you will be the ideal superb tourguide :) by the way, i just found out that the sms costs me RM1.60 each!

Thanks for the compliment and if there's any truth in it, will say that I owe a lot to my Hong Kong location sifus, Sebastian Tse and Tim Youngs. :)

Re sms-es: Has the price gone up? And next time, I guess we should just aim to write longer sms-es!!! ;S

Thanks for linking once again to my blog -- and hope at least some of your visitors get something out of your having done so!