Louisa Lim's "Indelible City: Disposession and Defiance in Hong Kong" is a must read for those who f**king love Hong Kong 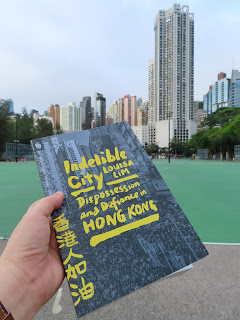