Away from the crowds in Hida-Furukawa (Photo-essay)

I can easily while away whole days wandering about Takayama old town -- and did, in fact, do just that a couple of times on my recent Japan trip.  What with my having budgeted to spend four nights in that mountain town, I could have spared time to do what lots of visitors to the area do and head over to Shirakawa-go and/or Kanazawa -- but eschewed doing so since I had visited there back in 2014.

Instead, the only excursion I ended up taking from Takayama was to the even smaller mountain town of Hida-Furukawa just 20 minutes or so by train to the north.  And while I covered quite a bit of ground in town and took a whole bunch of photos, I ended up only spending half a day there because that town's picturesque old center was actually in a pretty compact space and, if truth be told, I found the town too quiet for my liking on the Sunday that I visited! ;b 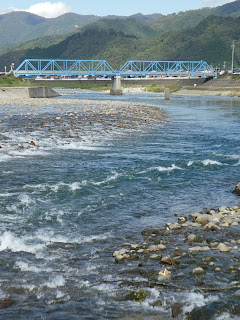 By the river's edge in Hida-Furukawa 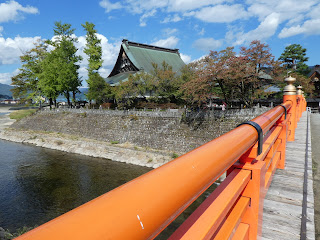 On Imamiya Bridge looking toward Shinshuji,
one of the town's three main Buddhist temples 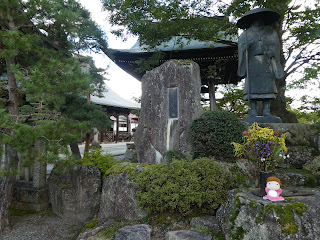 Puppet Ponyo in front of Honkouji 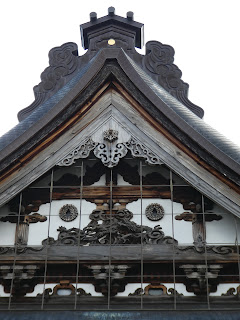 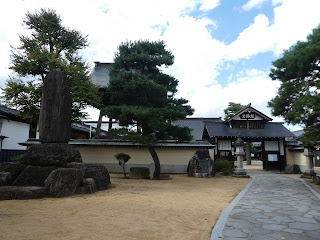 It really is something when you turn a corner and are presented
with the sight of something picturesque like Enkouji :) 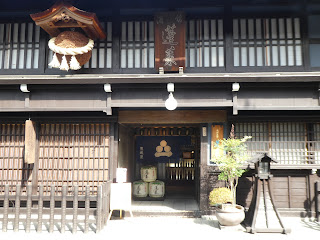 The Watanabe Sake Brewery, whose sake I decided was my favorite
among those produced in Hida-Furukuwa and also Takayama! 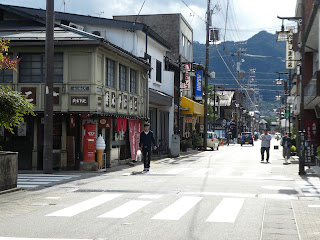 The busiest street in town in the (short) time that I was there! ;D 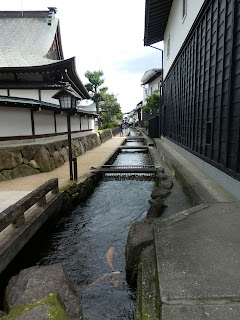 Not that I'm complaining but I honestly didn't expect
a town this picturesque (yes, those are carp in the canals!)
to be this bereft of tourists (and people in general)!
Posted by YTSL at 11:07 PM

I knew I'd see some carps in your pictures, but I didn't know that the temples at Furukawa would be so impressive as well. Really like those architectural details of Honkouji!

If it's any consolation for your not having visited Hida-Furukawa: the interiors of the temples are not open to the public. On the other hand, I did find their exteriors impressive -- and actually also liked that they didn't feel touristy, unlike with a lot of temples in the likes of Kyoto.

Being devoid of people seems a MAJOR point of attraction as far as I'm concerned. I actually want to go there right now :)

Hope you get there before the place becomes a major tourist destination!