When people ask me why I go hiking in Hong Kong, my usual answer is that I do it for exercise and to be able to check out interesting sights in sections of the territory that are not accessible by motorized transportation.  Usually, these satisfying sights involve scenic vistas or eye-catching creatures.  Sometimes, however, it's cultural and/or historical sights that end up being the hike highlights or main focus.

One of my more regular hiking buddies in recent years is a military buff with whom I've explored such as the ruins of the Shing Mun Redoubt located within Shing Mun Country Park and the even older ruined redoubt atop Devil's Peak.  And it was with him that I opted to go along the Wong Nai Chung Gap Trail that is a historical battlefield trail that passes through a key area of conflict during the Battle of Hong Kong which was one of the first battles of the Second World War's Pacific arena... 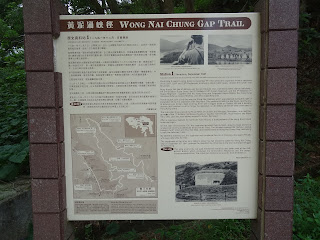 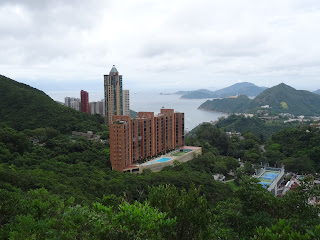 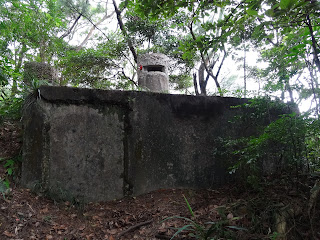 A pillbox located on the side of the trail 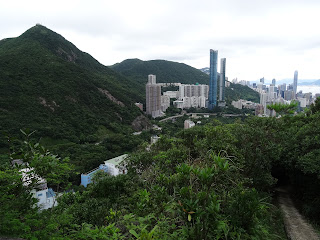 A good view of Wong Nai Chung Gap
(and a good place to set up a defence post?) 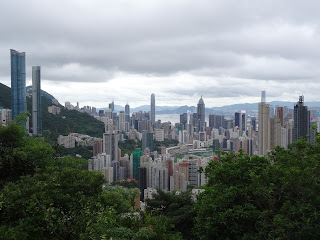 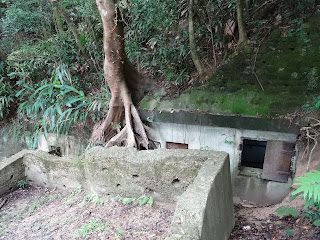 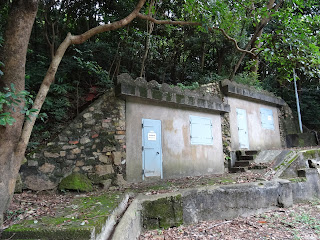 A better preserved section of the former military site 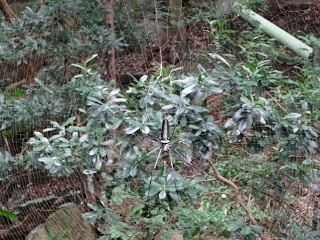