No longer Asia's finest and in danger of sinking still further: my updated thoughts about the Hong Kong police 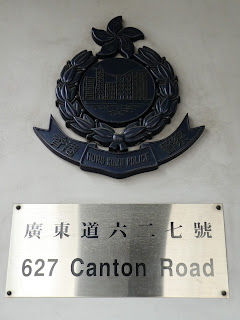 Time was when I used to think of the Hong Kong police
as shining lights of sorts... 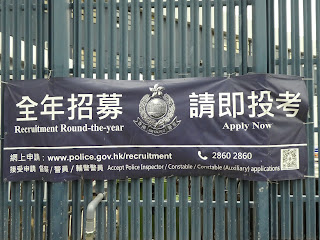 ...but that notion doesn't apply now

Around this time last Wednesday, I was heading over to have dinner with a former colleague over in Tsim Sha Tsui East.  As we feasted on goodies and generally had a good time catching up, we had little inkling that a very disturbing event was taking place further up the Kowloon peninsula involving thousands of serving and retired Hong Kong police officers.
In a nutshell: a crowd estimated at over 30,000 in number, and mainly consisting of current along with former purported law enforcers, had assembled to protest the sentence handed by a judge against seven men found guilty of assaulting an unarmed -- tied-up even -- individual.  Think about this for a moment: a large number of the very people that Hong Kongers are supposed to trust to uphold the law had turned up to show their support for seven convicted criminals!
How horrifying is that?  And, frankly, those seven convicted criminals happening to be policemen -- comprising one chief inspector, a senior inspector and a sergeant along with four constables -- and the man they attacked a pro-democracy activist, and the attack having taken place at the height of the Umbrella Movement, makes the deed of their fellow police officers even more terrible to my eyes.
One week on, the shock of it all has still not yet faded; and this particularly in light of details such as a police sergeant speaking at the rally having likened the situation in which the Hong Kong police have found themselves to that of the Jews persecuted by the Nazis!  Quite apart from causing diplomatic embarassment for Hong Kong -- and prompting both the Israeli and German consulates in Hong Kong to issue statements criticizing the Holocaust comparison -- there's the horror of realizing how ignorant that policeman and those who applauded his words, and how their perception of what's going in Hong Kong is.
Something that makes me feel so very sad is that many of my favorite Hong Kong movies feature heroic and righteous police protagonists.  And less than seven years ago, I happily noted down how the local police force had an 85% community confidence rating.  Not anymore.  Instead, the question now is: how much lower can they go?  Hopefully not down to the point where their reputation as "Asia's finest" will never be retrievable.  But if the faith of the public is to be restored in the local constabulary, things definitely will have to change for the better (including with the sacking of the seven convicted criminals, who still haven't been dismissed from their positions in the police force), and soon.
Posted by YTSL at 6:57 PM