Continuing from two Mondays ago with my account via photo-essay of an easy and/but enjoyable hike I went on Lamma Island with my mother one afternoon close to a year ago now; with today's entry focusing on the central to northern Lamma Island section of our interesting sights-filled afternoon excursion... 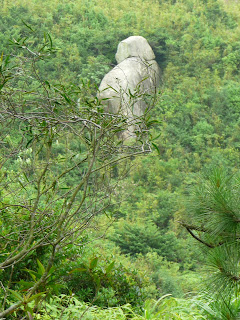 Surely it isn't just me who thinks this rock
looks like a clothed ape trying to hard
to hide itself amidst the green foliage? ;O 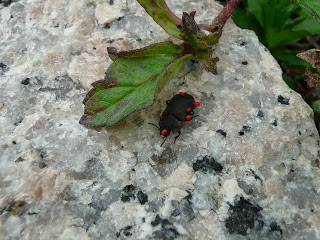 Can anyone ID the alien-looking bug in this photo? :O 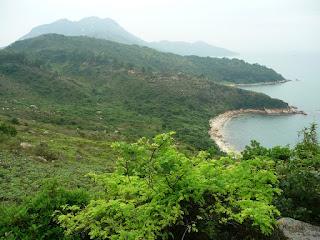 Looking out and back southwards to
Mount Stenhouse in the distance 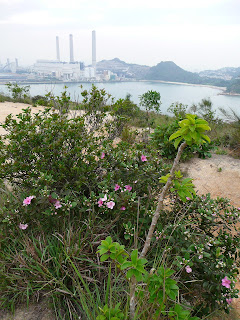 Flower patch in the foreground, and
the Lamma Island Power Plant in the distance 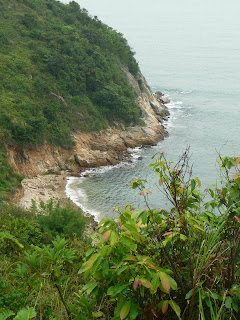 A small but rocky looking beach that,
even if inviting looking, would be hard
to get to -- from land that is! 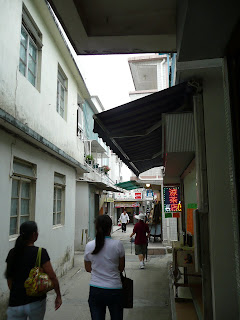 A street in the middle of Yung Shue Wan,
the village that is Lamma's main population center 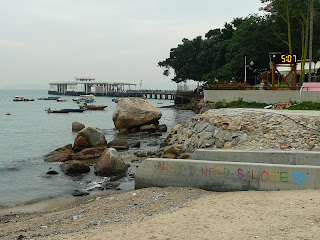 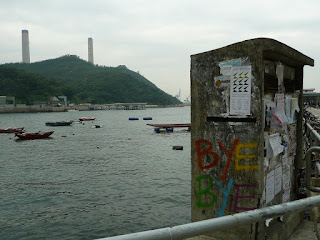 That bug is pretty creepy. It looks like a beetle, but I've never seen anything like those red protuberances before.

I found the bug fascinating -- particularly because it had those red protuberances! ;b

To me the first photo looks like an elephant got loose, ran through someone's white sheets hanging outside on the clothes line then escaped into the forest wrapped in the sheets. Does or doesn't the elephant step on the strange looking bug and be transported to another universe....

I like your interpretation re the first photo... but am inclined to think that the elephant won't step on the strange-looking bug as they're too far away from each other... ;D