Life can be full of surprises. And I'm not just talking about such as my encountering butterflies going at it while out on hiking along the Wan Tsai Nature Trail and other parts of -- and leading to -- the Wan Tsai peninsula out in northeastern Hong Kong. Rather, I'm alluding here to the fact that this May hike turned out to be the last one I went on with my mother before she discovered that she had to go for triple heart-bypass surgery.

So secure did we feel about her health back then, in fact, that we thought nothing of venturing into a section of Hong Kong where there is no mobile phone reception (or the mobile phone signals captured are from Mainland China rather than the Special Administrative Region of Hong Kong); and this on top of it being sparsely populated and where stray cows feel free to roam to their hearts' content since there aren't that many humans about, even on a Sunday afternoon like the one during which we visited... ;S 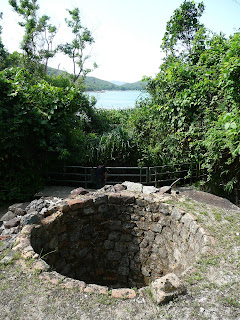 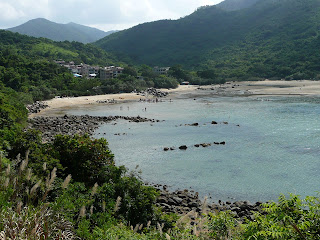 These days, however, Hoi Ha's main claim to fame is
as the place where one can do such as rent canoes
to float on the waters of scenic Hoi Ha Wan 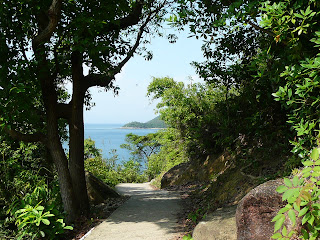 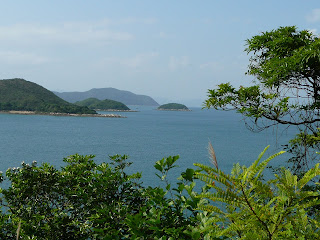 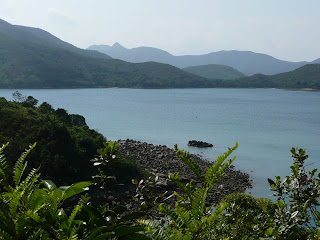 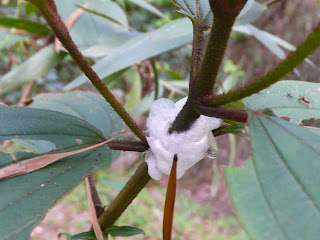 Before I end this photo-essay: here's a mysterious sight
... of a white substance that I originally mistook for
discarded tissue paper before realising is natural in nature! 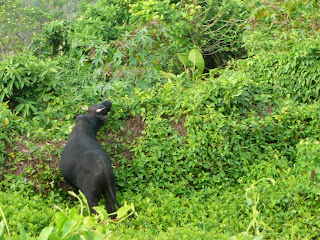 A hiking guidebook noted that many stray cows
are to be found in this part of Hong Kong
-- and boy, is it right about this! ;O 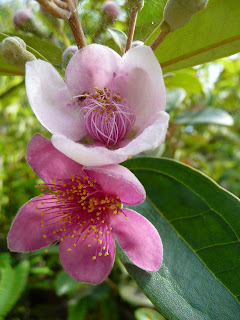 Pretty flowers whose names --
you guessed it! ;( -- I don't know but
whose beauty I nonetheless can appreciate!

Wah... you have a really nice macro lens! Clicking on that last picture practically transported me inside the flower.

It was much easier than usual -- on account of my choosing an easy route that I figured my mother would be fine with. And yes, it was one that was filled with surprises too! ;b

I feel I have a good camera in general. But for taking close-up shots, have to be calm and hold my breath to really get a clear shot! ;b

I have been reading your blog for awhile, I just wanted to say thanks for introducing me to Hong Kong's natural beauty.

Thank you for commenting at last! It's always nice to know of another reader -- and an appreciative one at that. :)

My apologies for not posting sooner. Long ago I had a problem posting on blogger so I just stopped trying. But you have been on my RSS feed for at least a year and I think I was reading before that.

No apologies necessary -- and cool to know that you've been visiting my blog for at least a year now! Also, hope that now you've gotten in the habit of commenting, that you'll be commenting more. :)

Thanks for your visit and now I am happy to discover your Hongkong blog. I think HK is full of surprises and will be back to visit your blog.

Thanks for visiting. And yes, Hong Kong -- as well as life in general -- really is full of surprises. :)

I love it I love it, a wonderland of magnificent views.

Thanks for appreciating this entry -- and commenting even though it's on the old side. This way, I can demonstrate that I do get alerted to comments on older entries by responding to yours. :)