Earlier today, I went on yet another Hong Kong hike that yielded great views -- and, I hope you'll agree when you see them, photos to treasure. But rather than put up any of today's snaps today, I think I first had better hurry and complete my set of photo-essays chronicling the hike from Shek Pik Reservoir to Tai O (see the other parts here, here and here) I went on back in February and some ten hikes ago now! So, without further ado... 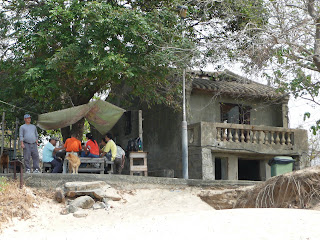 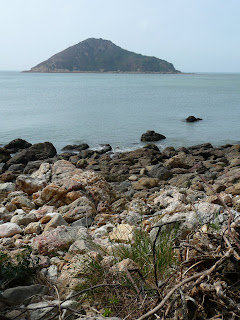 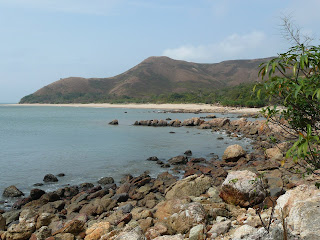 A beautiful Hong Kong view I get the sense that
even many native Hong Kongers have not seen
(on account of it involving quite a trek to get to
the particular spot from which the photo was taken!) 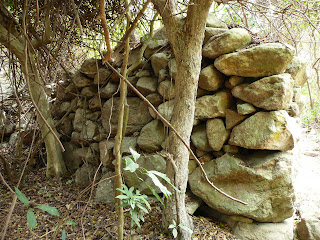 Not the ruins of another Qing Dynasty fort but, rather,
part of a wall to be found in the vicinity of
the Yi O section of south-western Lantau Island 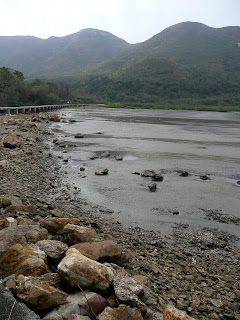 No, you're not imagining it -- as we hiked
north up from the tip of Fan Lau, the water
really did get less blue (and, frankly, dirtier) 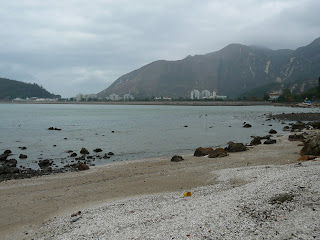 Our destination -- the fishing village of Tai O
-- is not so far away now! 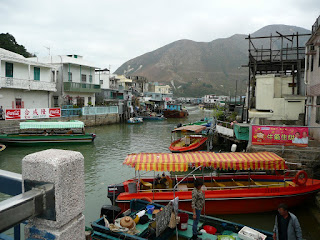 Tai O has been likened to Venice --
um, not quite I don't think! :D 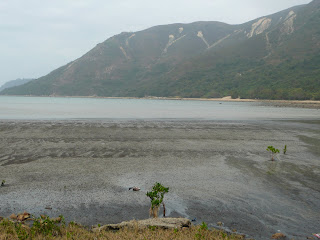 Rather than end on an anti-climactic small village note,
here's backtracking a bit and offering up a photo
showing the power of nature --in that those near vertical stripes
in the distance actually are landslides caused
by a typhoon hitting Hong Kong some months back!

And should it not be clear: yes, I'd highly recommend the hike from Shek Pik Reservoir to Tai O to those who like -- and are able to go for -- long, scenic walks. Just remember: for the bulk of this approximately 20 kilometer hike, one really is far away from any roads, so there's not many possible "out"s once you commit yourself to going for it. (N.B. This is something people need to be made aware of as we had a hiker in our group -- not moi, honest! ;) -- who was not truly prepared for this walk, so that, sadly, a significant part of it actually became more torture than joy for her!)
Posted by YTSL at 9:49 PM

Well written and with good pics to go with! I'd want to plan a trip using this as a guide :)

Thanks and should you decide to do this hike, I hope you have a great time doing so. :)