Musings on the value accorded street art in Hong Kong 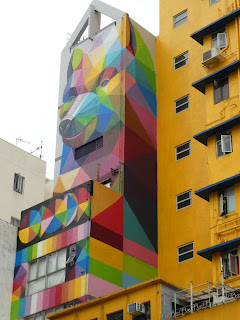 What price having street art, not just colorful paint,
on to the walls of buildings in Hong Kong? 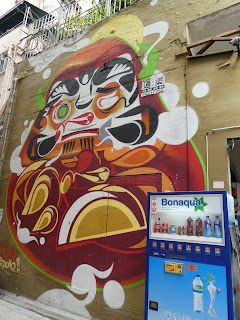 Are they valued or not? 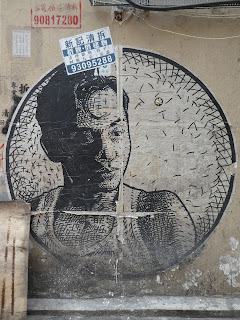 To judge by their treatment, sadly maybe not


The fourth Hong Kong Walls festival was launched earlier today in Wong Chuk Hang, a part of Hong Kong which is much easier for to get to for those who don't live in the area on account of the establishment of the MTR's South Island Line late last year.  After work is completed on all the murals, I plan to go check out the street art; like what I did with the Hong Kong Walls creations at Sham Shui Po last year.

Even one year on, the street art still on display over in that particular area of west Kowloon is quite the treat to view as far as I'm concerned.  At the same time though, I get the feeling that they've never been able to capture the heart of local residents and foreign tourists in the way that many of those found in Penang's heritage enclave have done.


For one thing, I've never seen that many people on the hunt for them when I've been in Sham Shui Po (to do such as eat at a favorite noodle restaurant, shop at a street market or get an umbrella repaired).  For another, some of the street art really doesn't look to have been treated with much respect at all, with advertising and such having been stuck onto them as well as pretty mundane items being placed close enough to spoil the pictures.


As an example: as of two weeks or so ago, the daruma mural by Japanese graffiti artist Suiko has had a handbill stuck on part of it and a drinks machine erected next to it.  And lest anyone think that these are specifically anti-Japanese actions, here's pointing out that I found that a similar fate had befallen a portrait of local entertainment legend Leslie Cheung I spotted in a nearby alley.

Thank goodness then for some of the Sham Shui Po street art to be way too high to be easily disfigured or defaced.  In particular, Spanish artist Okuda's 3D-looking "Rainbow Thief" -- which covers several floors of an old apartment building -- is still looking very good indeed.  Indeed, I'd venture to say that it's one of those creations that really has added color and class to a section of Hong Kong that's often maligned and under-valued in the collective imagination.
Posted by YTSL at 11:49 PM

I'm a fan of wall art.
Wish there was a little more in my area. We have one wall I can think of.
Coffee is on

One wall of street art is better than none, and I hope it will be cared for better than some of those in Hong Kong!