Dinner treats at the Caprice Bar and Sushi Kuu 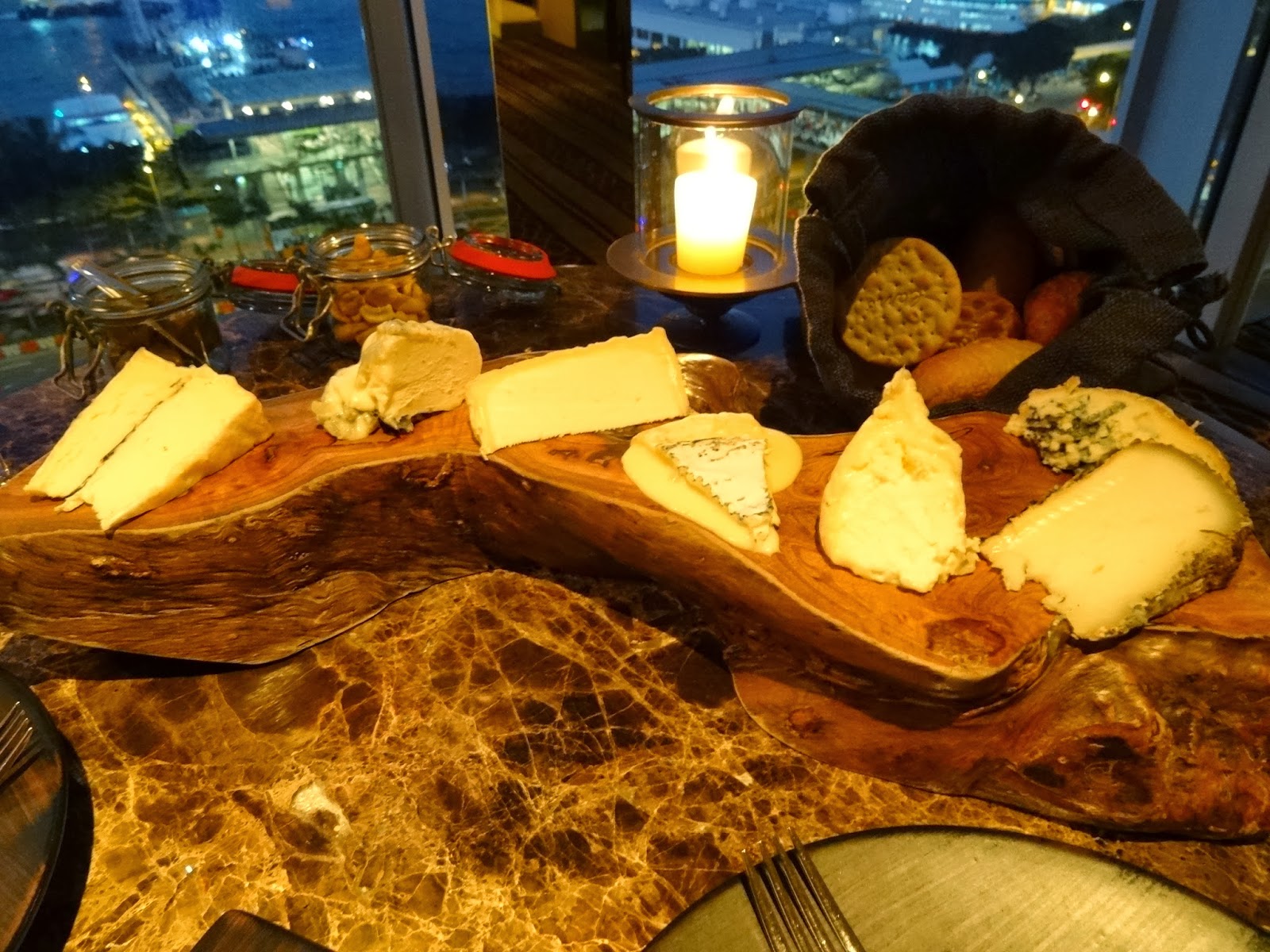 What The Fragrant Harbour and I had for dinner
on the second day of Chinese New Year :b 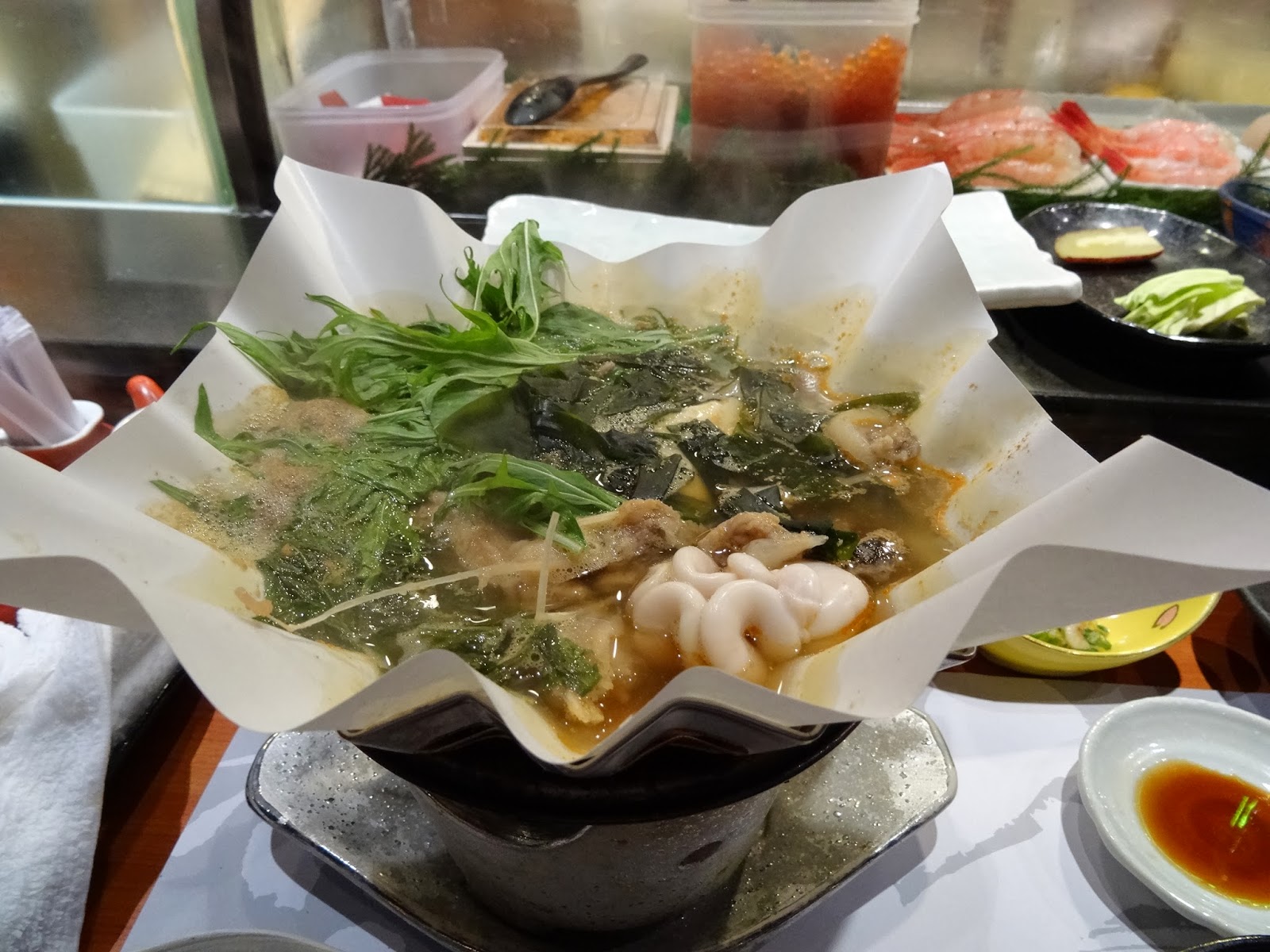 Yesterday evening, a friend of mine who had gone away from Hong Kong over the first few days of Chinese New Year asked me what I did over the festive period.  The first thing I told her I had done was watch a bunch of Chinese New Year movies (specifically, Hello Babies and The Monkey King, and Golden Chickensss and From Vegas to Macau).


Second on my list was my having visited the Hong Kong Museum of History to check out its Images of Time: Photos of Old Hong Kong special exhibition.  But foodie that she is, she only perked up when I mentioned that I also had treated myself to nice dinners in two locales that both are located in Central but offer food from very different parts of the world.


More precisely, on Saturday night, I had shared a plate of seven different cheeses with a friend at Caprice Bar.  When asked by the cheese sommelier if we had any particular likes or dislikes, I confessed that I'm not partial to goat cheeses.  When the cheese sampler was brought to my friend's and my table, we noticed that there also was a preponderance of softer cheeses in the selection -- but even though we hadn't specifically asked for that, we definitely didn't mind!


Out of the seven cheeses in the sampler, I really liked five of them, including that which had some ash in it and another French cheese -- all the cheese at Caprice are from France -- which tasted very much like Blue Stilton to me!  Of the two that I didn't love, one tasted on the ordinary side while another -- which had Rosemary in it -- I didn't like because the Rosemary in it was way too overwhelming.


Although the Caprice Bar offers wine and cheese pairings, neither my friend nor I went with that option: she because she's not much a drinker of anything, and me because I'm not much of a wine drinker at all.  In fact, I initially opted for a beer (only to be disappointed by the seriously uninspired selection of Heineken, Asahi and Tsing Tao!) before moving on to a framboise eau de vie.

In contrast, at Sushi Kuu two evenings later, I was happy with the accompanying drink selection (I went with a very smooth Dassai junmai daiginjo) along with my omakase repast which began with steamed cod shirako -- i.e., sperm yes, really!), then was followed by one beautifully large Japanese oyster seasoned with yuzu, a quality sashimi platter that included toro and botan shrimp, a delicious roll of juicy wagyu beef wrapped in lettuce, and -- the piece de resistance that evening -- an absolutely yummy monkfish hot pot that included monkfish liver and -- after I had told head chef Satoru that I had really enjoyed the cod shirako -- more cod shirako!


There's a part of me that wished that the omakase meal hadn't included the monkfish hot pot because it was so filling that I couldn't really enjoy anything after that.  As a matter of fact, I can't remember much about the taste or type of the two pieces of sushi I had after that fifth course, so I did end up stopping after having just two pieces of sushi -- even though I tend to prefer Sushi Kuu's raw selection to its cooked offerings.

At the same time, however, I do think that the monkfish hot pot was the most truly special part of Monday evening's omakase meal. Not only was that the first time I ever had had that dish but it really was very tasty -- especially the liver and, yes, the shirako!  So I really am not complaining, only noting down that the dinner left me wanting to go back soon to Sushi Kuu for another omakase meal, this time one where I'll remember to tell Satoru my preferences to have more raw than cooked foods in the mix! :b
Posted by YTSL at 10:16 PM

The photos of the food and your descriptions of it are excellent. I used your link to visit Sushi Kuu and this enhanced my vicarious dining experience via your photo-essay...Thanks also for your link to Photos of Old Hong Kong at the Hong Kong Museum of History.

Thanks for your appreciation as ever -- and have to say I do like that you often comment on entries that others appear to bypass! :)

To be honest, I don't know cheeses that well -- especially ones that are not English or American. But I do know what I like and don't!

Sushi, OTOH, I feel like I've come to possess quite a bit more knowledge of than many -- thanks in large part to having eaten sushi in Japan but also many good places in Hong Kong (which I feel, and my American friends assure me, are generally far superior to what can be found in the US, maybe with the exception of the west coast).

Both photos look like interesting and tasty eats. In the second photo is what looks like a large piece of paper with the soup in it paper or ceremic or something else and do you eat it? I like the "presentation" of the dish and I am curious about that.

That large piece of paper is indeed paper. You don't eat it -- instead, it seems to be used to better contain liquids? Have seen it used a few times already for hotpot/sukiyaki type dishes -- and yes, always in Japanese restaurants.