On foot from Repulse Bay to Aberdeen this afternoon 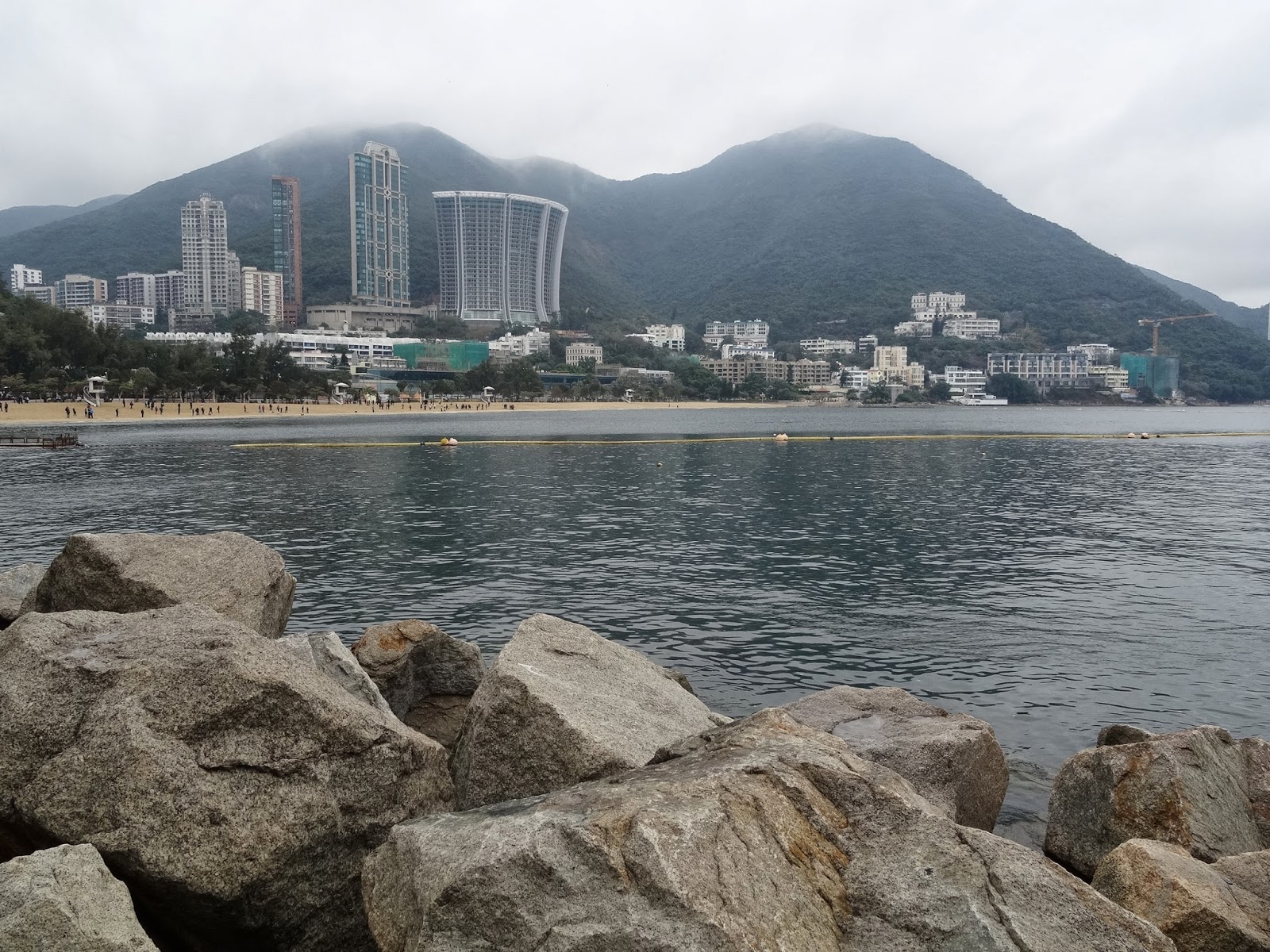 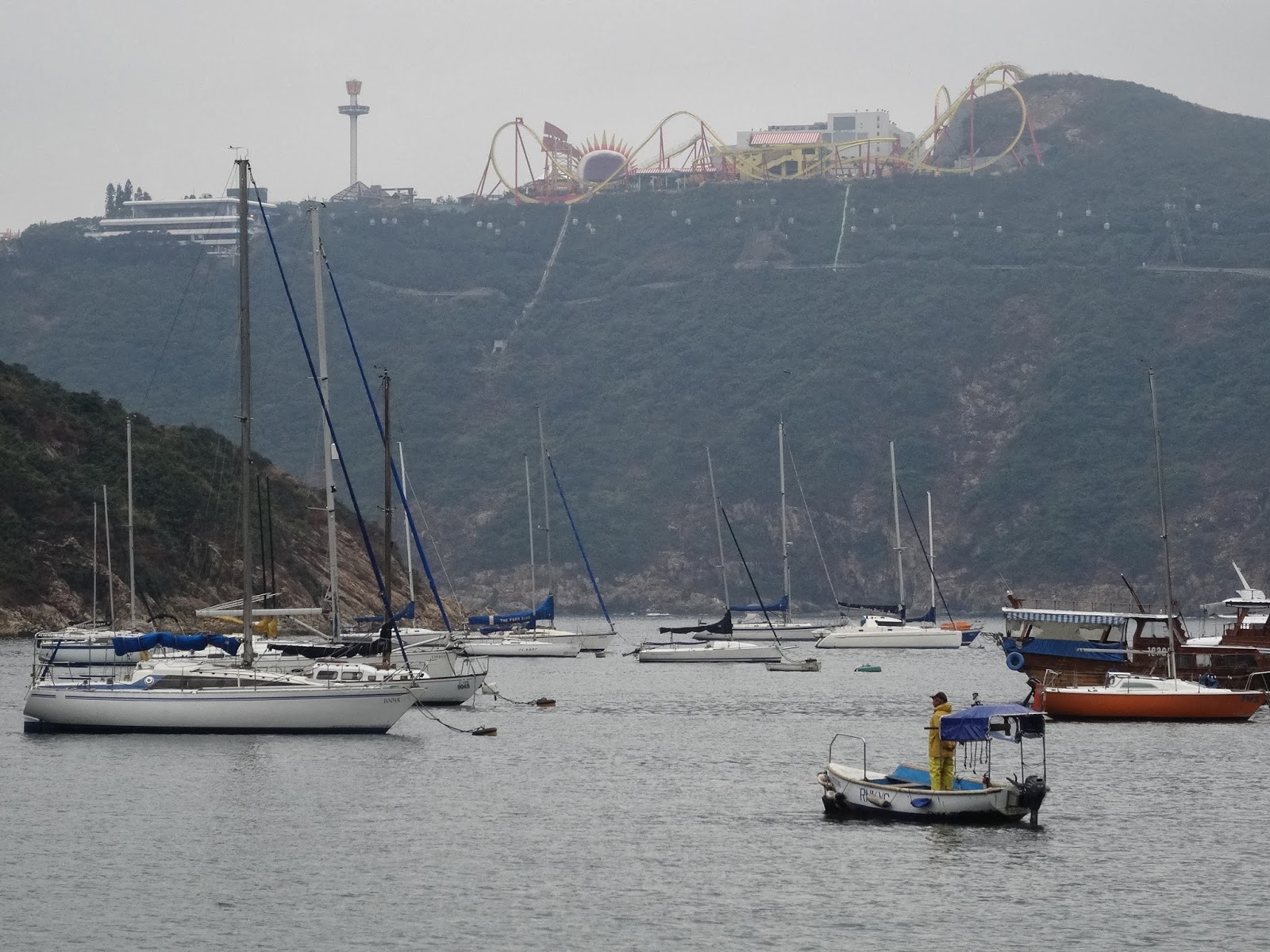 Further along Seaview Promenade, one spies yachts and
other craft floating near Middle Island, and also
Ocean Park in the distance atop part of Nam Long Shan 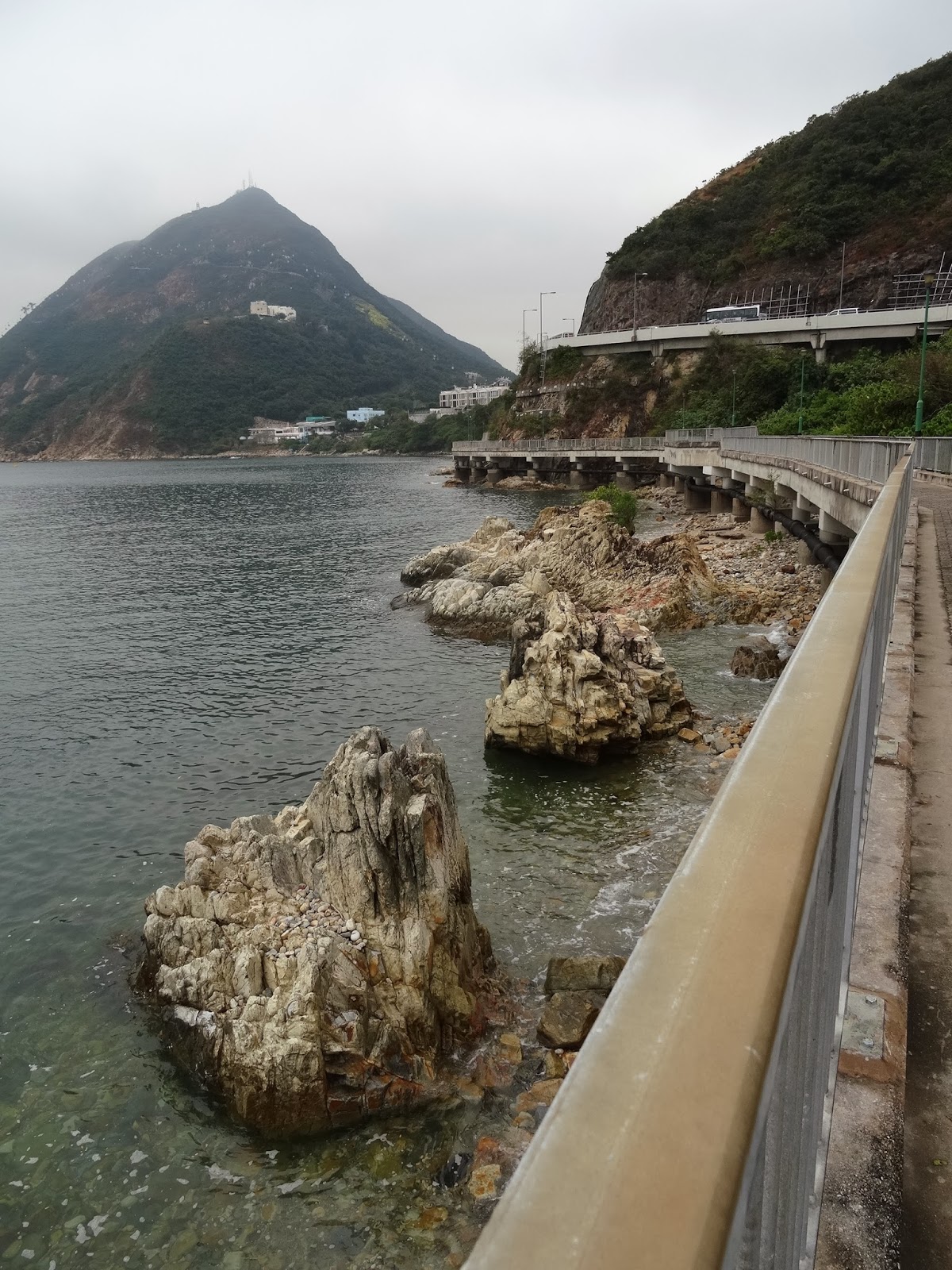 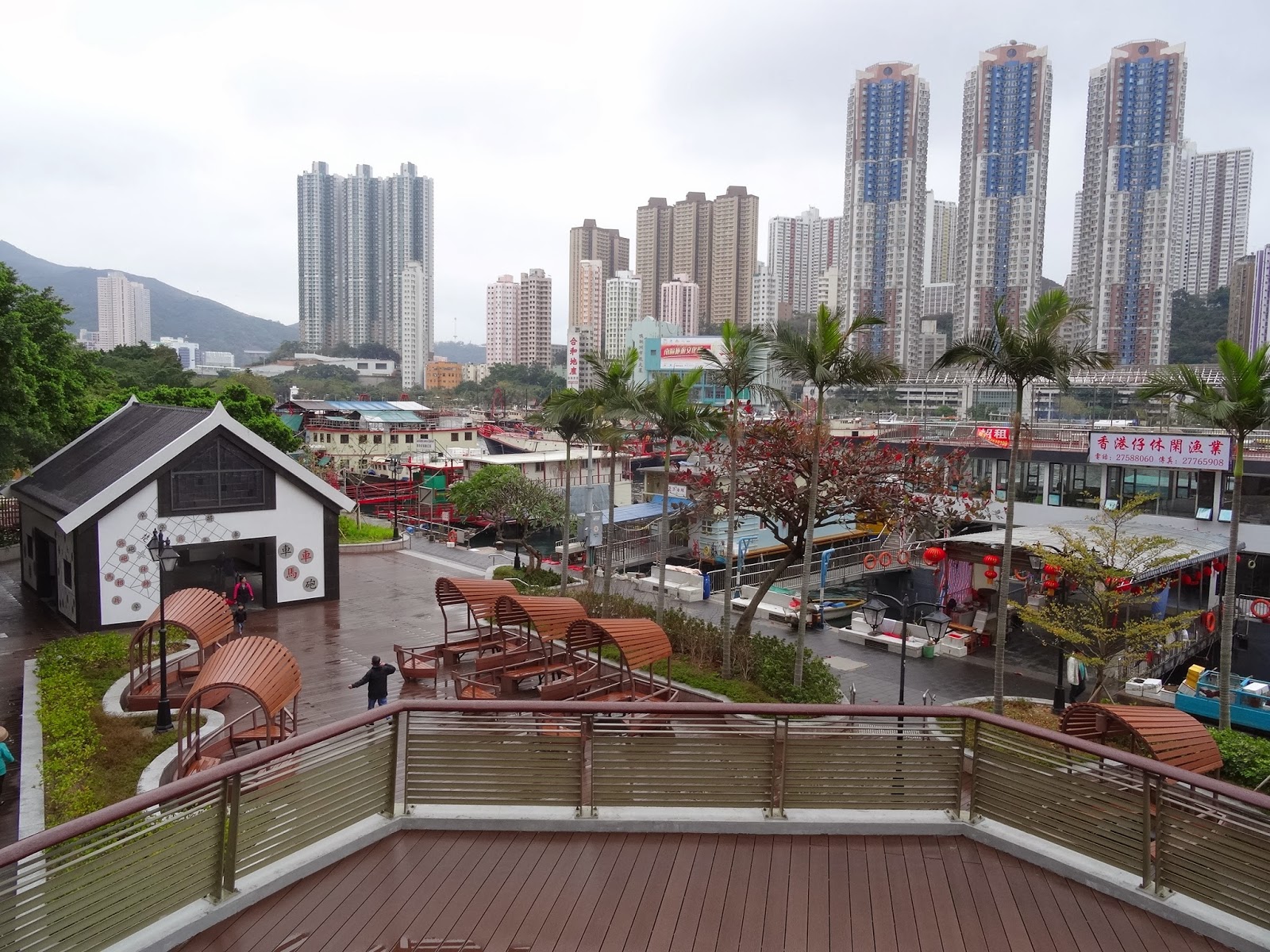 I ended up pressing on to Aberdeen -- the one also known as
Hong Kong Tsai (Little Hong Kong), that is, not the city in Scotland! ;b

After a couple of weeks or so of warm and dry weather, Mother Nature decided that it was time for cooler and wetter weather this weekend.  With rain predicted today, I didn't go hiking as usual. But since I was feeling in need of some exercise, I decided to go for a walk on level ground in the afternoon -- that ended up taking me from Repulse Bay all the way to Aberdeen an estimated 6 (or 8 according to another source) kilometers away.


From Repulse Bay to a point near the Hong Kong Country Club, I got to stroll along path that afforded me nice seaviews.  I'd been along the Seaview Promenade before when I checked out the Sculpture on Hong Kong Sea 2009 but today was the first time I had gone along the even less known and consequently less frequented Mills and Chung Path.


Taken together, they make for a pleasant walk, albeit one that's on the too short side for my liking.  Still, I can see myself returning for a stroll there, especially on a hot summer's day with great visibility.  In fact, I've already earmarked a particular spot along the Mills and Chung Path that I'd like to return to in order to take what would be clear and cool shots of Ocean Park on a super high visibility day!

The section of the walk before one gets to Aberdeen Harbour is not very scenic -- seeing as it's along main roads -- but it's interesting in terms of seeing how the landscape can quickly change from one where leisure facilities predominate to industrial buildings and then on to a mix of residential, tourist and local cultural facilities.


While strolling along Aberdeen Harbour, one's eyes inevitably are drawn to the views of the boat-filled water and high rises of Ap Lei Chau over on the other side of the harbor.  Still, don't forget to check out the informative signs, interesting sculptures and what must be Hong Kong's most elaborately constructed public toilet(!) to be found at various points along the harbor front!

With regards to Aberdeen town itself: I must confess to being underwhelmed by its town center each time I've visited.  This time around, it looked even more bereft of interesting attractions, stores and eateries than before.  It doesn't help that Shan Loon Tse Kee Fish Ball restaurant's now closed.  And no, I didn't go and eat at Jumbo Kingdom -- and, in fact, I have yet to do so.

Despite its bad rep among foodies, there's a part of me that does want to go eat there at least once -- not least because of it featuring in films such as God of Cookery!  Strangely enough, in recent weeks, I actually found that two friends of mine have been and actually liked the food there -- so one of these days, I'm going to have to go there with at least one of them for a meal!! :b
Posted by YTSL at 11:54 PM

Concerning fishballs in Aberdeen, the Tse's had been in a decline before they closed for good. Not worth the money anyway. I would suggest to try out Sun Cheong Fat in G/F﹐ 15 Tung Sing Road.

Thanks for the recommendation re Sun Cheong Fat. Wow, your standards must be high if the Tse fish balls were below par for you in the months (years?) leading u to that eatery's closing! ;b

No quite. It just happened I had been living in the neighbourhood since 1992, witnessing it first hand. The Tse's were alright twenty or even thirty years ago.

This walk is different from your usual weekend hiking entries, but no less interesting...The top photo is a well composed overview of the coastal setting: foreground rocks, the bay, the small figures of people on the beach, and the buildings against the backdrop of your "Formidable Twins" (Methinks hiking those Twins would be a good workout).

Third photo from the top convinces me that Mills and Chung Path would be a coastal walk worth taking. Your vertical shot accentuates the rails leading along the curving path and the elevated roadway above it. The rocks in the water (a miniature version of mountain peaks?) would look perfect in a Chinese Garden.

Your mention of Ap Lei Chau brings back a memory of mine from years back. I walked along the bridge from Aberdeen to the boatbuilding yards of Ap Lei Chau. I'm sure they are long gone, replaced by highrise housing estates.

BTW, I just added some comments to our sake conversation over at the Vast and Wine comments thread!

Yup re the Sunday walk not being like my usual Sunday hikes. I still got a good workout and to see interesting sights though, so definitely am not complaining.

Would you believe it was only my 2nd visit to Repulse Bay and the 4th time I did more in Aberdeen than just walk through it from hike's end to the stop for the bus to get back to the north of Hong Kong Island?! ;b